Mayoush is breaking language barriers while keeping her work-life boundaries in check.

Based in both Chicago and Beirut, Lebanon, singer-songwriter Mayoush actively strives to represent her Lebanese roots through her artistic endeavors. The artist also holds a nine-to-five at a city council office, where she provides community support for several South Side neighborhoods and has learned the importance of balancing time between work and her music career.

Describing her sound as “Arabian Soul Diva music,” Mayoush’s second single “All Mine” was featured on Vocalo’s “Poised to Break Through” playlist for Nov. 2021. Released on Oct. 18, the song incorporates lyrics in both English and Arabic over a dance-worthy beat. In her submission to Vocalo, Mayoush explained her new single is about “a journey to unrequited love that leads to discovering a love greater than previously imagined.”

We got to know singer-songwriter Mayoush and virtually chatted about her love of photography, serving the community through her job and setting healthy boundaries.

Your 2021 single “All Mine” was chosen to be on our November “Poised to Break Through” playlist. Walk us through the process of writing, producing and releasing that song.

As soon as I finished the lyrics and concept for “All Mine,” I hopped in the studio with my producer at the time and we started working on beats together. I wanted to make a dance track. Especially knowing that the lyrics — particularly in the first verse — were a bit sad, I wanted the music to contrast it. Ultimately, I came up with the chord progression and beat and brought it to him, but we weren’t seeing eye to eye so I brought it to my producer/ A&R, Rainbo Video, who was able to execute exactly what I wanted. I knew I wanted the record to inspire dance and movement while still conveying the vulnerability and manifesting power of the lyrics. I also hit up my cousin who lives in Beirut to help me with my Arabic lyrics to make sure they were perfect.

Arabic is such an expressive and passionate language, it’s often very hard to express similar sentiments in English. The language is pure poetry. In “All Mine,” the rhythm isn’t too different because I sang them in a mostly English record, but typically Arabic music has tons of drawn out syllables and so many vocal runs. I am working with a mentor of mine, Hani Al-Dahshan, founder of The Arabic Music School, to advance my classical Arabic singing skills so I can be even more advanced with my lyric writing in the future.

How would you describe your music’s style?

I would describe my style as Arabian Soul Diva music. It’s the type of music that will draw out your honest truths, your most sensual side. Make you cry, dance, heal your soul and help you travel to whatever paradise your heart desires.

I actually went to college in New York City to study photography at [NYU’s] Tisch [School of the Arts], and through practicing heavily in that medium, I found that it didn’t allow me to express the full scope of my emotions. I still felt I had so much left to say that I couldn’t with the photog. I always had a passion for singing as a kid, but never took lessons or got serious until I got to art school and realized photography couldn’t be my only medium. My motivation largely comes from wanting to ultimately make films with my music as the soundtrack.

How has Beirut, Lebanese culture and/or your family informed your identity as an artist?

I feel like Lebanon has given me all the aesthetic references I pull from when making cover art or any type of imagery connected to my music. Like, I just want my whole discography to imagery to have cultural references of Lebanon and the Arab world, I am so drawn to everything about it. I feel like I am inspired to make music that Lebanese people can appreciate because they have been through so much, but still love to party and have a good time. I want to be there for them in the good times and the bad times.

How has the Chicago music scene influenced you as an artist?

As a high schooler, I used to attend all the Young Chicago Authors open mics and honestly just be in awe of the performers. I wasn’t a performer at the time, nor did I know I had it in me … or was I able to determine that the feeling I had when watching them was the writer, poet and singer in me being awakened. I didn’t make the discovery until after I left for school [at NYU] and was living in NYC making pictures that I was like, “Oh, I actually wanna do this crazy insane thing that I have no experience in but excites me more than anything.”

Honestly, either on public transportation or just sitting at my kitchen table with my phone out in notes … or in bed with my notebook. I really want to participate in a writers retreat in 2022, though.

You tweeted that you work in politics. If you feel comfortable sharing, how are you involved in political work? What inspired you to get involved?

I do work in politics! For my nine-to-five I work as the director of events and communications in a city council office that governs neighborhoods including Hyde Park, where I’m from, Bronzeville and South Loop. I was inspired to work there because I wanted to be someone who “put on for the city” and could actually affect change on the South Side. During America’s “racial awakening” in the spring of 2020, I participated in a lot of slacktivism online, especially on Instagram, and felt pretty powerless in real life. I had been looking for a job for a while when this opportunity presented itself, and honestly feel blessed to be given the chance to make a real impact everyday, help those less fortunate than myself and act in accordance with my beliefs. Most days I forget that it’s “politics,” because the day-to-day work is very connected to providing services for residents in need and it really is God’s work we do there. While it’s not what I see myself doing forever, I really love my job and feel grateful for it everyday. It also has given me tools I think will help me incorporate community service into my work and brand once I am a full-time musician.

Do you have any tips on balancing work and music?

Setting boundaries around work is so important. I often see people using their nine-to-five as an excuse to not go after their dreams — when in reality, everyone with a full-time job could spend hours working late every day, because the work is never really done. I set boundaries with myself and with my employers, and set aside several hours in the evening to get into “flow state” when it comes to music. I’ll mess around, meditate, watch TV, do self care for about [an hour and a half] after work, but will set boundaries with myself about when I’m gonna get started and then work nonstop until bedtime. The task always differs; whether it’s recording snippets of covers, writing or recording original music, I keep tight boundaries around that time and rarely let work interfere. I also think it’s important that if you’re being assigned more than you can handle at work, to address it with your boss and figure out how to lighten your load so that you can thrive as a human and creator outside of work as well. Our generation needs to learn to set boundaries to ultimately change the oppressive work culture in this country.

If you could perform in any theatre or venue, where would it be and why?

Lollapalooza Chicago and Paris. Those are the two cities I cannot wait to perform in. That will be such a dream come true.

Aside from music, what is your favorite hobby?

Photography. I love taking pictures and am currently working on finding a photo studio space with my friend who wants to open a film developing business in Chicago. I’m so excited to shoot as much and as many people and artists as possible in my free time. I also love to model and take pictures of myself, and am excited to have a space for a self portrait series. The next time I go back to Lebanon, I will be taking lots of pictures there as well.

What is your favorite restaurant in Chicago and why?

Ethiopian Diamond on Broadway is my favorite restaurant in Chicago. I don’t eat beef on a regular basis, but when I go there I always get beef tibs and it’s a literal trip to paradise. Other than that, it would have to be my mom’s house for Lebanese food.

Are you working on any music currently — anything you want listeners to know about?
I am working on so much music. While I’m currently focusing on rolling out the next few singles, I plan to turn what I have into an EP titled Ruled by the Moon, which will be out some time in 2022 or early 2023, and I could not be more excited to record and watch it come to life.

Interview edited for length and clarity by Milo Keranen

Carson Wants to Give Listeners the “World” 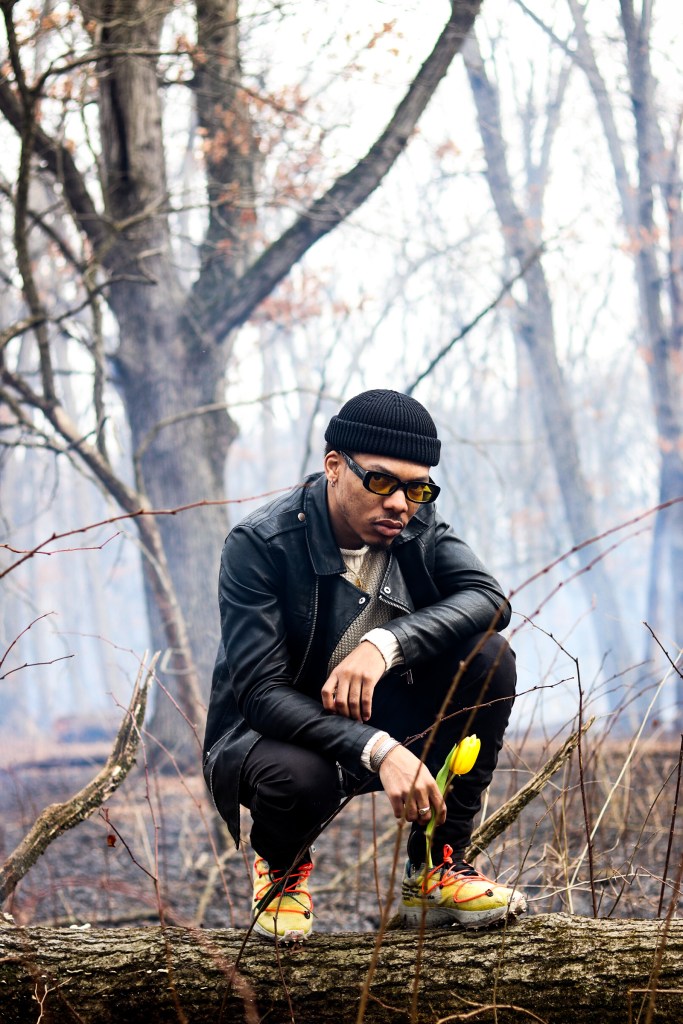 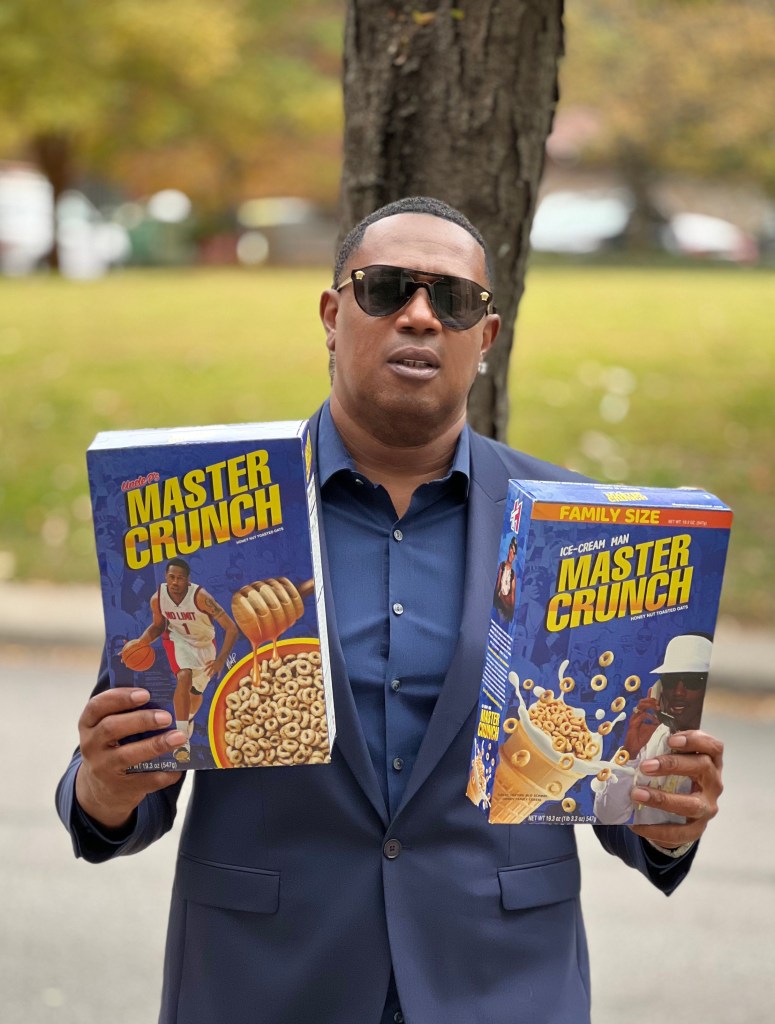