“It felt liberating to finally have my music out in the public sphere and open to the ears and imaginations of other people.”

Keyboardist Dante Milano is drawn to spontaneity and richness in his music, shining through in his debut album.

Chicago-born keyboardist and producer Dante Milano first started playing music at age 4, and the rest is history. After honing his production skills with artists like Peter CottonTale, Stix and Omar Apollo, Milano is gaining recognition as an independent artist with the December ’21 release of his self-titled debut album, Dante. In tune with his swift improvisation, Milano is also known across the city for his live performances at bars, restaurants and other shows, frequently alongside Chicago drummer Jeremy Joel Warren.

We heard from Dante Milano about his deep-rooted connections to the city’s music scene, his debut album, live performances and more…

I’m a Chicago native, born and raised. I’m currently residing on the North West side in East Albany Park. I lived in California for school and then moved back to the city when the pandemic hit.

Tell us about your origins playing the piano. When did you first begin to play? Looking back on that time, what’s something you would most want to tell that younger version of yourself?

I began playing blues and classical music when I was about 4 years old with the mentorship of old Chicago legends that would come by the house and were friends with my dad. Growing up, I was very active with the Chicago Jazz Institute. Looking back, I would definitely tell my younger self to practice more and not worry about the future so much.

“I prefer making music for myself because I consider myself more of a leader than a bandmate. I like to have more control of my improvisatory flow.”

Your debut album came out in December. How did it feel to get that released? What do you hope listeners will take away from the album?

The release felt like… a release! Of energy, particularly. It felt liberating to finally have my music out in the public sphere and open to the ears and imaginations of other people. I released the album mainly to challenge listeners to engage with the elements of each track and make their own interpretations from it.

You mentioned on Instagram you were a part of Peter CottonTale’s 2020 track “Feels Like Church.” What did you do for this project? How did you get involved?

I have known Peter since my friendship with Stix, going back to 2010 “Kids These Days” band days. I helped with the arrangement of the track and layered keys as well. It was a great experience with both DJ Verner and Peter.

Omar and I go a few years back; we met in 2015. We’ve stayed good friends since then and have collaborated on a few different projects. Oftentimes when I’m co-creating with another artist, I improvise ideas and the other person chops it up. I prefer making music for myself because I consider myself more of a leader than a bandmate. I like to have more control of my improvisatory flow.

What do you like about jazz more than other genres?

Genres are tricky. I prefer Nicholas Payton’s concept of “Black American music” (BAM) to categorize the style of music known as “jazz.” In general, I prefer soulful and complex instrumental music, especially full of harmony. I’m drawn to the richness, spontaneity and emotional character of this type of music.

What is your favorite style of jazz and why? How would you describe it to someone who might not be familiar?

My favorite era of BAM would have to be the 1960s, with artists such as Miles Davis, Art Blakey and John Coltrane. In my opinion, it is the pinnacle of African American music that has evolved drastically over time. It’s heavily influenced by the swing/syncopated feel that goes back to the ragtime, marching band and further back times.

During the pandemic, you performed at Archie’s Cafe in Rogers Park pretty often. Tell us the story of how you got involved with the cafe!

The owner of Archie’s is actually a close family friend and wanted to hire me to play a single concert, which turned into weekly Thursday performances. At Archie’s, I got to put a lot of local artists on and experiment with my own sound, which kept me motivated through the pandemic. I no longer play on a weekly basis, but I still perform there on occasion.

How did performing live so often help you and your bandmates as artists during the pandemic, if at all? What do you like most about performing at Archie’s?

During the pandemic, us musicians got a chance to play after being bottled up inside for so long, and it gave people a new sense of hope and an escape from all the chaos. We established a large following, largely in part to the nearby Loyola campus student population.

What is your favorite jazz club in the city and why?

My favorite jazz club in Chicago is the Jazz Showcase, because of the countless childhood memories I built there seeing legends pass through, the legacy of the showcase — it dates back to the 1950s — and the artwork and imagery all around the venue.

Do you have anything you’re currently working on you think listeners should know about?

Yes! I’m actually finishing up the writing process for my next album. In contrast to the last album, it will explore more electronic elements while still combining instrumental features. Follow my socials @dantemilanomusic or check my website at dantemilano.com to stay posted on release dates.

Introduction and interview by Milo Keranen 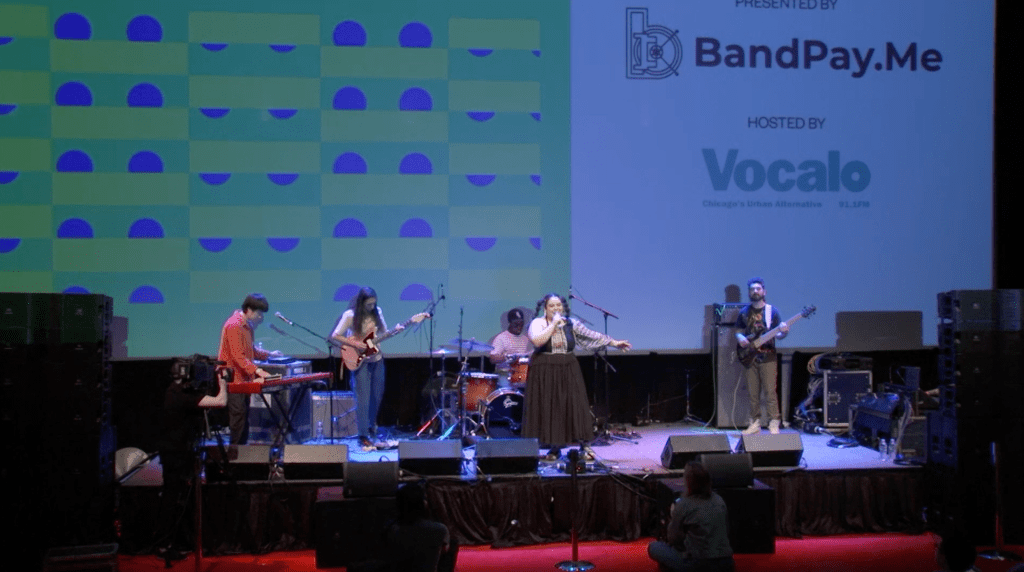