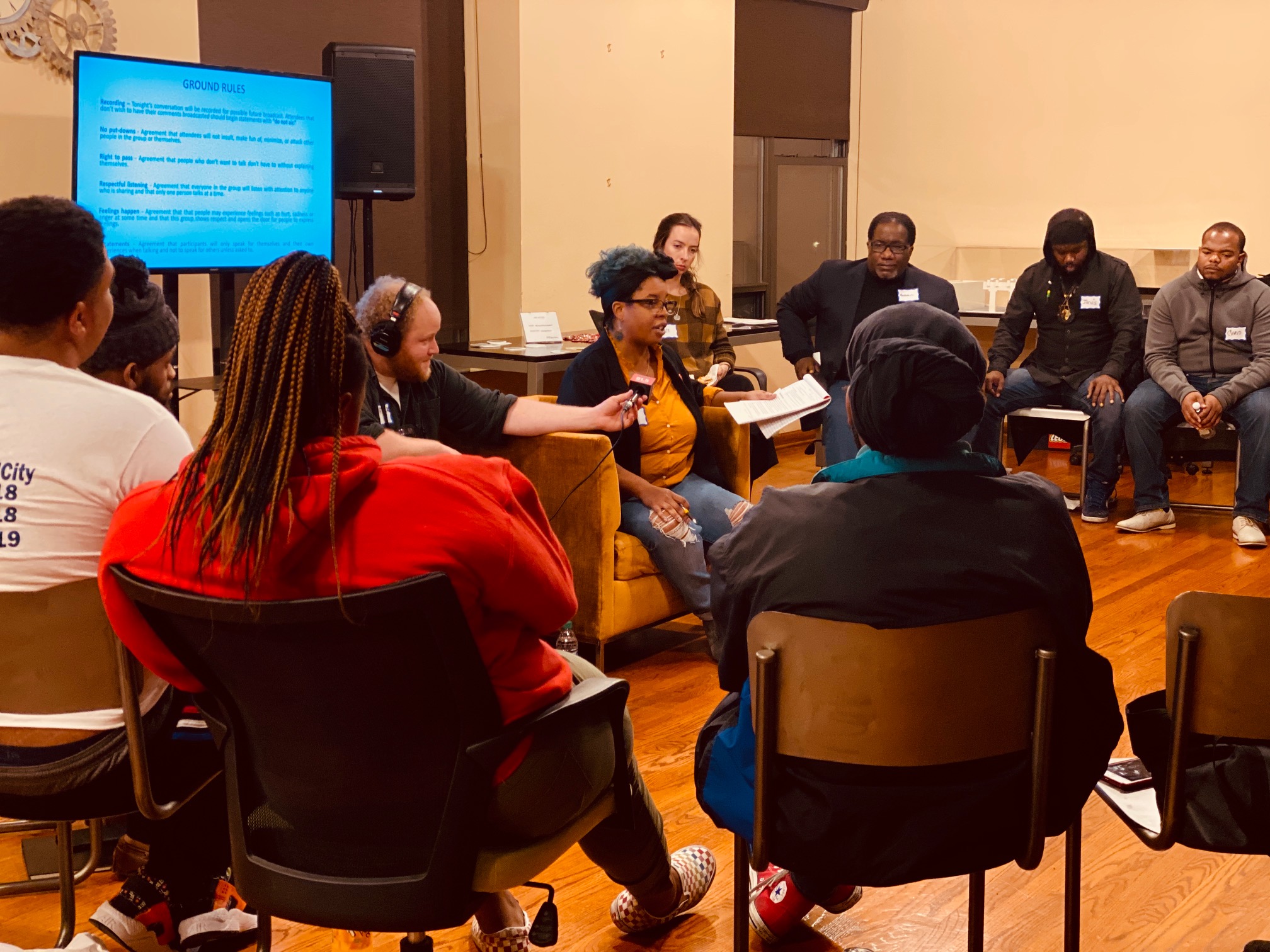 It’s been five years since the fatal shooting of Laquan McDonald in October of 2014.

Vocalo partnered with the Criminal Justice Desk desk at WBEZ to host a youth roundtable discussion in the Bronzeville neighborhood, reflecting on the fatal incident and the impact it has had on the Chicago community.

The event, facilitated by Jill Hopkins, created a space where these young people could candidly speak about their reactions at the time of the incident as well as what they hope to see happening in the next five years in the city of Chicago.

We’ve edited the transcript of the evening below for length and clarity.

Let’s start with some of the initial reactions people had to Laquan’s death. The first response comes from a young person named Taylor …

“I was both numb and in shock when I saw the video of his death. My school had released a letter saying that the video is going to be released and that they’ll have counseling for students. Personally, I didn’t want to watch it to see someone die on camera, but it came up on my timeline. The thing that triggers me to this day was the amount of shots fired. The person that killed him was enjoying it, he was getting a clip out. I walk down a street in my mother’s neighborhood and cops will just randomly search me or pull me over because they can. So it is always in the back of my head. When will it come? Will it be one my brothers? I have a lingering cloud over me to this day when I see cops at any moment. There’s no bullet with any person’s name on it.”

Another young person chimed in with her reactions at the time of the shooting as well:

“After I wrapped my head around it, I felt hopeless. Where do we go from here? Obviously we know CPD is not protecting and serving anybody who looks like me, but the fact that it can even happen and be caught on camera and then be covered up for so long by the people who are supposed to help you find justice, rocked the entire community. I think that fear or unwillingness to let that happen to my family and friends drove me to pursue this work a little harder. Unfortunately, we know that they can kill us but they cannot take our voices. And right now, that’s the only thing that seems to be making a difference.” 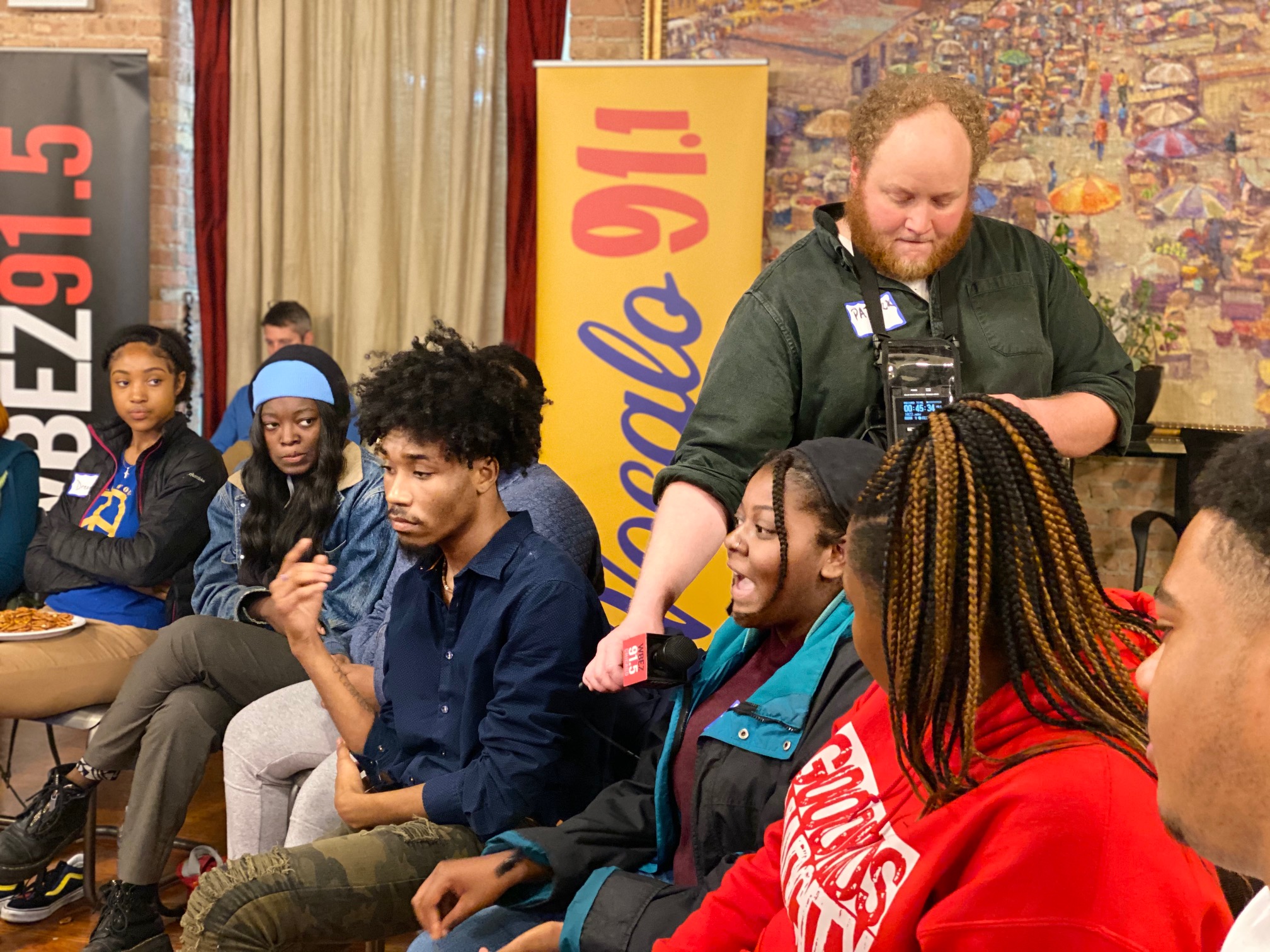 We also talked about the consent decree that has emerged from this conversation in the last five years. This is Jarvis:

“There are a few good things that have come out of this, like the consent decree here in Chicago. They have something to watch over them now because of Laquan’s death. There’s still this lingering fear that when I walk out my door, this might be the last time. Just yesterday afternoon I was riding my bike in my neighborhood and all of five seconds I was on the sidewalk. At the exact same time, cops waved me down. I could have kept riding but I didn’t want to risk it. I apologized and tried to keep going, but they blocked me from going back in the street. They asked for my ID, and my fear and stress level rose. I was worried an incident was about to happen. I was trying not to look nervous because if you look nervous, you’re suspicious. So my intensity level was going up and I was stressed. They were talking about giving me a court date and a citation. They hit record and tell me I’m being recorded, so I do appreciate the consent degree of Chicago that came from this, but there’s still that lingering fear every time I walk out the door.”

The conversation also turned towards police reform and the consequences that police officers like Jason Van Dyke should face if necessary.

“The city of Chicago has the most police per person in the city. So thinking about how policing works, if it was actually a system made to protect and serve, then we wouldn’t see the amount of crime that we’re seeing now because we have the most police per person. So you see cop cars just posted up, but nobody’s calling them. Nobody’s telling them if something’s happening, they’re literally just like posted on corners and neighborhoods for days and hours. So we see police in our cities and we’ve seen it in multiple different instances throughout history of how it’s not working. I really don’t understand why that’s not being understood universally or why it’s not being taken into consideration. Policing isn’t helping, and that is coming from a city where we have the most police.”

Another person weighed in on the Chicago Police Department’s use of resources:

“As of right now, we’re spending $4.4 million dollars every day on the Chicago Police Department, which is completely outrageous. As of last year, about 41% of our city budget was being used on police. When you think about that, and then you think about situations like Laquan McDonald, and then you think about how our city’s teachers are striking right now, it makes no sense at all. That they are doing this consistently to young black men and they’re not protecting our young black women who are going missing every day. We’re not welcome, but we’re pushing back. Safety looks different for us, it does not look like badges and squad cars. It has a lot to do with policy and educating, like how to understand the legal jargon that they throw at us because they don’t expect us to kind of understand it. We’d rather spend that money on building stronger communities and using restorative justice practices. Police are not protecting us. Jail is not helping our black and brown bodies at all.” 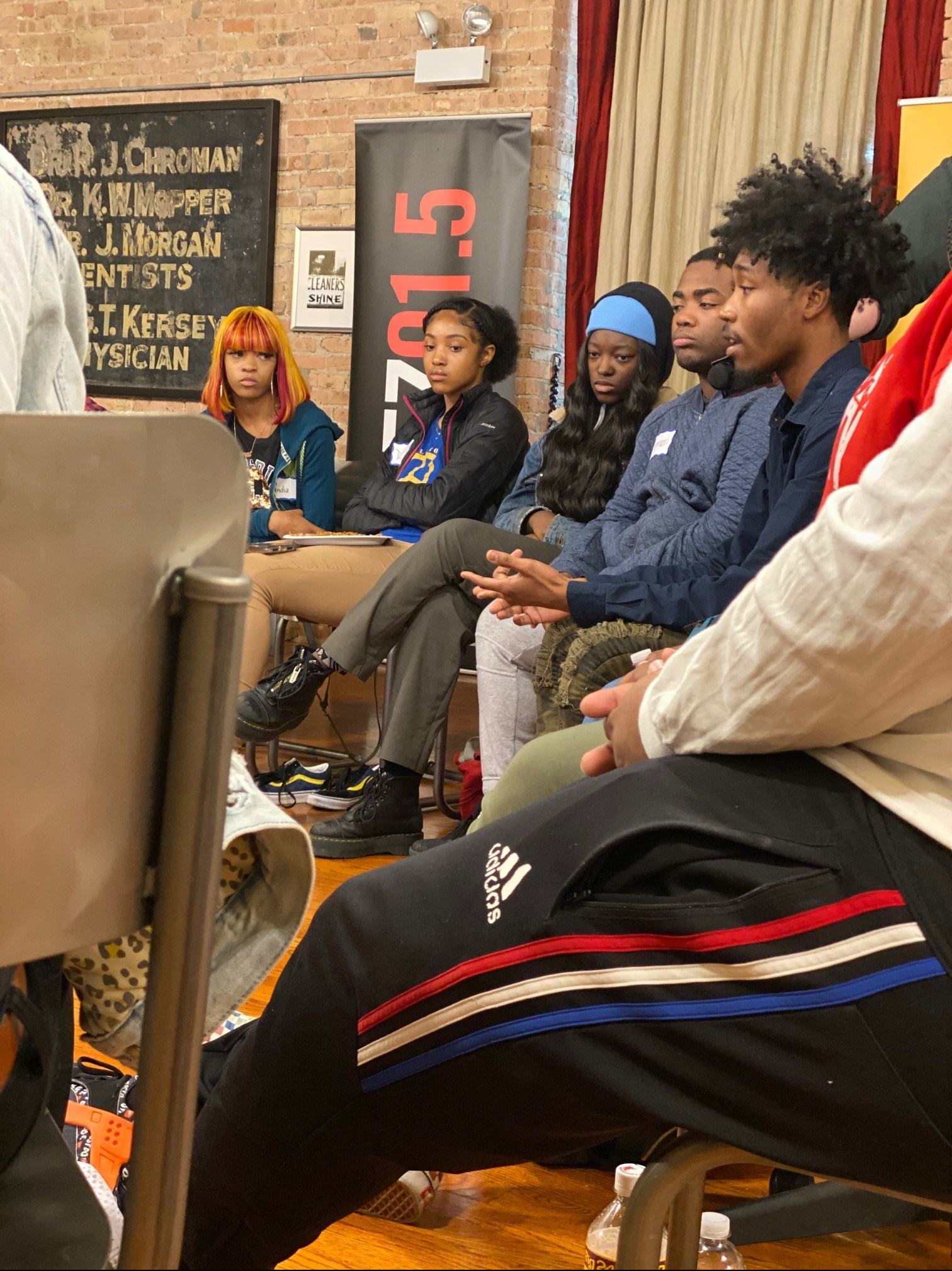 We asked people what the future could look like here in Chicago. What do you hope to see happen in the next five years?

“It would mean investment throughout the entirety of the city. With Laquan, every aspect of Chicago failed him. Whether if it was schooling, foster homes, there was a lot of things that resulted in him being in those situations because he didn’t get the funding that was needed to properly invest in somebody’s life.”

“As a Black people, we start to get comfortable and possibly start to trust it, but we need to understand that the system was never for us. After the verdict, it didn’t matter that it was all on camera. What will it take? I’m really not sure, but the dialogue is first. Having a conversation and really expressing feelings, that awareness leads to doing the work.”

Towards the end of the night, a woman stepped forward to share how she felt proud of and inspired by all of the young people in attendance.

“So I may not be the oldest person in the room, but I’m definitely an elder. I just turned 70 last week, and I just wanted to say that I am so proud to see and to hear the voices of so many wonderful, beautiful young people. This is this is what we need. There is a song called “Ella’s Song,” named after Ella Baker, with the lyrics: “we who believe in freedom cannot rest until the killing of black men, black mothers son, is as important as the killing of white men, white mothers, sons. We who believe in freedom cannot rest.” She also said she was so proud and happy when she felt like the reins were in the hands of young people who could dare to go against the storm. I’m feeling that tonight, I really feel like we’re in good hands. And I just want to thank you all and I encourage you all to keep on going and we need you.”

Listen to a recap of the evening below: 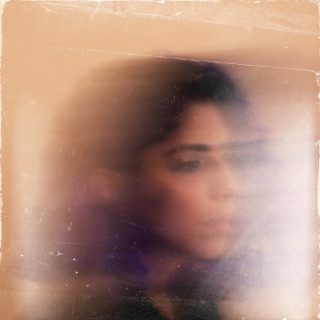