“I realize if I want to be blessed in my music, and in my life, I’m gonna have to be a servant. That’s it. I’m gonna have to serve my community. That’s where I’m going to have the most enriching, most fulfilling life.”

The Great Black Music Class uplifts young Black identities and strives to invest in the next generation through music education and creative expression.

Co-taught by musician and activist Angel Bat Dawid and multi-instrumentalist Jaden Isiah, or Jay the Ziah, the Great Black Music Class offers young Black students a creative environment which not only embraces but uplifts their Blackness. Walking into the classroom, students may be met with a chorus of, “We are great Black music,” led by Dawid, or sit in awe of saxophone melodies played by Isiah, or learn to harness their vocals with contributing educator Phillip Armstrong.

The class is an eight week camp, originally started by Dawid as a Zoom class for incarcerated youth during the pandemic. It centers on a hands-on, “show-and-tell” approach, as Dawid describes it, and emphasizes the importance of an autonomous Black classroom — free from the inherent structural racism present within predominantly white organizations and institutions.

“I feel like if I equip them with that, with knowing what Blackness is, as opposed to knowing what racism is, when they do get around racism, they’d be like, ‘Well, that’s y’all. I know what Black is,’” Dawid expressed.

Dawid also voiced frustrations with needing to rent an entire empty high school, which was closed by the city of Chicago, to teach the course. The fact a perfectly functional high school was shut down and left idle, to her, is a blatant divestment in educational resources and an example of structural racism at work in the city.

“This is racism. This is what I’m talking about,” she said. “This is a whole building. Just sitting here!”

Dawid, Isiah and Armstrong know first-hand the formative impact of positive educational experiences from childhood. Isiah draws parallels from the course to his own experiences with Black educators growing up, and wants to provide the same opportunities for children now.

“I’m teaching kids who look like me, because from that young age, to have interactions like that, I know, for me, was life-changing,” he said. “To have, you know, someone like Angel in here playing real instruments… It’s life-altering. It sets you on a whole different path to be influenced and to just find your true purpose… that’s beyond your circumstances.”

The three artists feel investing young people and uplifting Black identities and education from a young age is crucial, and strive to serve the community as a whole through their roles as educators for the next generations.

Upon being asked by Vocalo producer Ari Mejia what it feels like like to be in the class, one student responds, “It feels like I’m at home, but it’s just funner.”
Photos courtesy of Sulyiman Stokes.

“They are very smart. I say all they need is just some people to help them channel that energy, channel that smartness,” Armstrong said. “I just think we need to be very mindful of how we are talking to our kids, how we are speaking their future into existence.”

For the third installment of Vocalo’s Future Folk series, in partnership with the Old Town School of Folk Music and Music Moves Chicago, community storytelling producer Ari Mejia spoke with Angel Bat Dawid, Jaden Isiah and Phillip Armstrong about the Great Black Music Class and their commitment to supporting the next generation of artists.

Angel Bat Dawid: The liberation work is tied to my art. I am a musician, so I’m gonna use my gifts to liberate. I am Angel Bat Dawid. I am a Black American composer, pianist, clarinetist, improviser, DJ, educator, bandleader based in Chicago, and this is the Great Black Music course that I’ve been doing.

Jaden Isiah: My name is Jaden Isiah. I go by Jay The Ziah. I play saxophone, flute, guitar, bass, a little bit of keys.

(Left) Jaden Isiah, or Jay the Ziah, playing the saxophone. (Right) Angel Bat Dawid at the front of the classroom, singing and playing a keyboard to her students.
Photos courtesy of Sulyiman Stokes.

ABD: I’ve known Jayden since he was like 16. He was a prodigy, and he’s in the brotherhood with me, he’s in my bands. We’ve traveled the world together. When this opportunity came to want to co-create this class, it’s just like… you know, I’m just so proud of him!

Phillip Armstrong: I’m Phillip Armstrong. I know Angel Bat Dawid through Damon Locks, from the Black Monument Ensemble. And Angel is my sister. This is the second year that I’m doing the voice, the young Black voices. And just teaching music. I’m a music educator.

ABD: All of us feel like, as musicians here, based in Chicago, that it’s important for us to be in our community and educating. This camp, it’s an eight-week camp. I’ve been doing these courses since the pandemic. And it started with me doing a Zoom class to incarcerated youth.

I got all my equipment and mixers and electronics. I’m teaching them as I go. I’m like, “This is a fader, this does this. Press it.” This is show-and-tell. Like, it’s showing and that’s how the Black classroom really works. So to get into this class, you’re gonna have to clap a rhythm. And then they’d have the rhythm class.

To enter the rhythm class, kids clap a rhythm in the doorway with teacher Angel Bat Dawid.
Photos courtesy of Sulyiman Stokes.

ABD: “Am I singing Black?” “We are Black!” I’m like, “Okay, whenever you sing, then that’s Black music, and no one can do that but you.” Like, I feel like if I equip them with that, with knowing what Blackness is, as opposed to knowing what racism is, when they do get around racism, they’d be like, “Well, that’s y’all. I know what Black is.” Okay, so… and that’s the kind of pedagogy that we need for children.

Being a Black artist, it’s very important that it’s not just the creative part, like as Black artists, it’s important that we are not just performing. There has to be an education part of what we do. This isn’t about entertainment. And so one interesting thing about this particular class is that we’re on the West Side, so, mostly, children are only around Black people. They don’t see white people, don’t see anyone, all they see is Black people. So my first class I asked them, “Do you guys know what racism is?” And they said, “No.” And I was shocked. I was like, “Do you know what rap is? Or hip-hop?” They were like, “No.”

ABD: And then it dawned on me that these children don’t know these things, because there’s no white people around. And I realized that white people bring racism, because if there’s no white people around, these children don’t know any racism. And so the need for autonomous Black spaces for our children just to exist, and be Black, it’s here! I’m telling the hard truth. But like, anytime white organizations get involved, there’s still structural racism. There’s still intellectual racism, which has nothing to do with whether somebody’s a good or bad person. It’s like… you know, it’s like COVID. Like, it doesn’t matter who, whether you’re good or bad or evil. Racism is still on you.

And as you can see in here, Black children are joyful and full of love. And just like regular children! And they’re already demonized before they can even get out the womb.

Ari Mejia: What does it feel like to be in this class?

Student: It feels like I’m at home, but it’s just funner.

Isiah notes, when he brings out his saxophone, students are mesmerized and want to reach out and touch the instrument.
Photos courtesy of Sulyiman Stokes.

JA: When I pulled out the horn, and like, was playing the saxophone, and everyone was looking in awe, and students coming up and wanting to play the horn, and, you know, just put their hands on it and looking at the casing… I remember, you know, being like that, and seeing… a saxophone or someone playing the guitar for the first time and being like, “That’s what I want to do, I want to play that.”

ABD: If places really want to be progressive, they need to make sure that they have Black teachers.

JA: I’m teaching kids who look like me, because, from that young age, to have interactions like that, I know, for me, was life-changing. To have, you know, someone like Angel in here playing real instruments, you know what I’m saying? It’s life-altering. It sets you on a whole different path to be influenced and to just find your true purpose… that’s beyond your circumstances.

PA: They are very smart. I say all they need is just some people to help them channel that energy, channel that smartness, you know? And how to use it responsibly. So I just think we need to be very mindful of how we are talking to our kids, how we are speaking their future into existence.

JA: We need to be focusing on positive reinforcement with our kids and stuff, and telling them… guiding them towards what they need to be doing, versus telling them, “Don’t do that.”

ABD: We are right now in a school that Chicago has closed. Yeah, this is a closed high school. Meaning this whole building, filled with all this great room, this idea that they have to rent a whole school is racist. This is racism. This is what I’m talking about. “It can’t be.” It is! This is a whole building. Just sitting here!

JA: Chicago Police Department, take it out their budget, and put it into the schools. Instead of closing ’em, how about we invest in the education?

ABD: I could have artists residencies here, I could have so many programs going on here. We are still in the same situation we’ve been in for 400 years, you know? People are like, “Oh, but you’re not in chains.” But I always cite Bob Marley’s quote, where he says, “No chains around my feet, but I’m not free.” It’s traumatic to always… when you talk about Blackness, “Slavery…” And we have to talk about it, though. But it’s just like, if you’re a kid, you don’t want to hear stuff about people being enslaved… some of the children don’t even feel like they’re even from Africa. And so these are questions that, as educators and Black creatives, that we need to be pondering and thinking about, and also how do we respond to that? It’s making it seem like we ain’t got no power.

ABD: If we let others be in charge of it, it never looks like there’s a future for Black people. No, that’s not what’s gonna happen no more. Like, I’m determined. No, we’re not. That’s not the… No.

All photos by Sulyiman Stokes 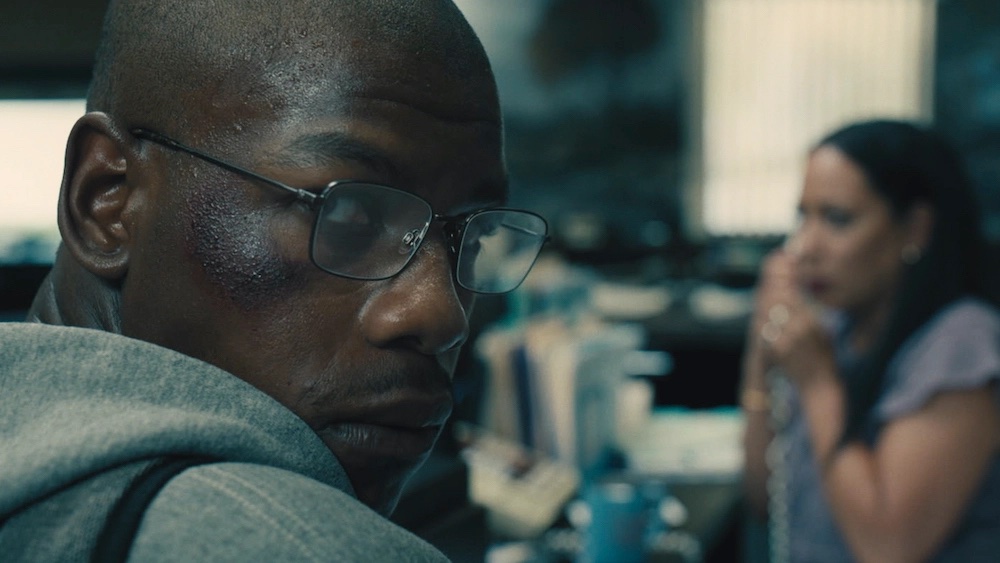 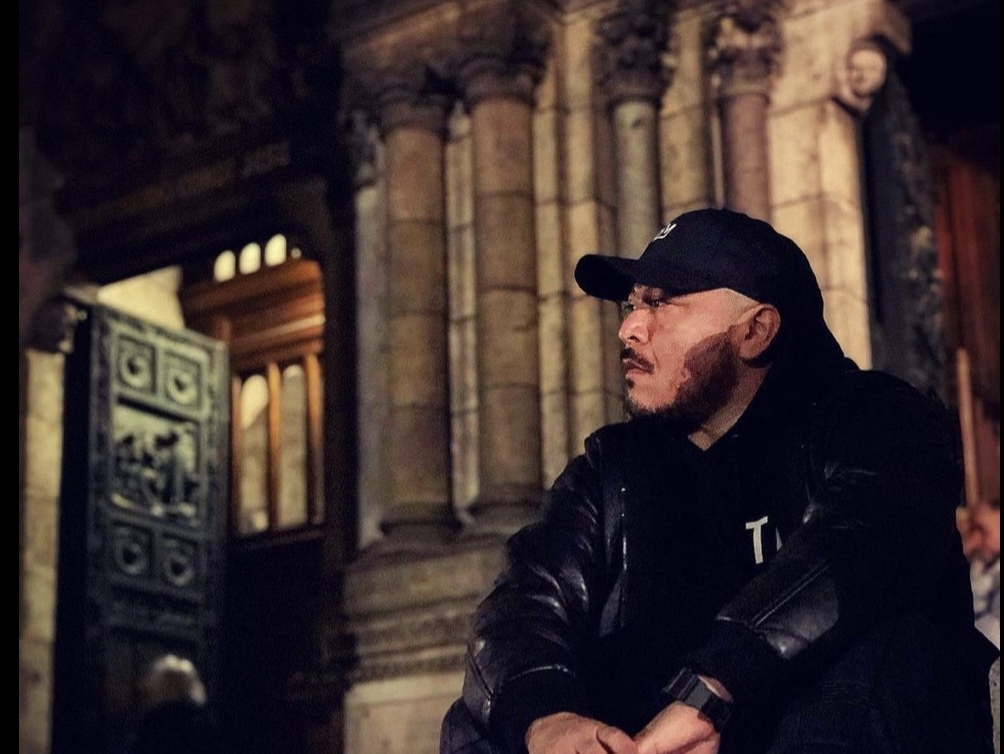