Kimberly Dixon-Mays is a poet, playwright and performer who loves what words can — and can’t — convey in regard to identity and the human experience.

Originally from the East Coast, Kimberly Dixon-Mays first found herself in Chicagoland when she studied theater at Northwestern University, igniting a long-lasting passion for playwriting, observing other playwrights and theater as a craft. Despite poetry taking her creative reins for many years, Dixon-Mays was always drawn back to theater, especially after attending a bootcamp at Chicago Dramatists in West Town.

Earlier this year, her piece “When Given a Choice, Bleed” was featured at the Goodman Theatre as part of their future lab series. The piece features four characters all read by one actor, each a Black woman of a different generation experiencing a pivotal moment involving blood – either real or metaphorical. There’s also a fifth character, who, Dixon-Mays explains, “may or may not be blood itself.”

“If I choose to think about my legacy, it doesn’t depend on the work surviving me,” she explained. “I find it comforting to think about it in terms of my legacy being someone on the planet who practiced art and creativity and offered it.”

As part of our audio interview series “This Is What Chicago Sounds Like,” we talked with Kimberly Dixon-Mays about the power of words, her love of theater and psychic survival.

Who are you, and what do you do?

What would I say about who I am? I’m someone who loves words, and loves what words can and can’t do — in terms of getting to what we are as humans. I grew up on the East Coast, in Connecticut in a small town. So… that deep New England experience. Yeah, New England, small town, colonial town experience. So, you can imagine, I am someone who really appreciates quiet and greenery and an opportunity to escape. After spending a summer in New York… during college for an internship, I realized, “Oh, this is too much for Kimberly.” I realized I wanted a different kind of city experience. And one of the things I love about Chicago is it has a certain… the Midwestern aspect of it resonates with me as someone from New England, and that sort of straight-shooter, not a whole lot of airs, maybe a little passive aggressive. That spirit. Plus, the rich community of people of African descent, Black Americans, really speaks to me as well.

What neighborhood do you stay in?

I live in Hyde Park. And I smile when I say it, because I really feel like I found my Chicago when I found Hyde Park. It’s cozy, yet city at the same time and I really feel comfortable there. I think to myself, in the wintertime, “What have I done to have made a whole life here?” In the spring and summer, I remember why. And of course, I’m being a little silly, because Chicago is wonderful, even in the fall and winter. And we find ways to connect with each other, Chicagoans do, despite the weather. And I like that. I like that little bit of grit. It’s not too easy to live here.

How did you find your way to playwriting?

I think coming here, to Northwestern, and having the opportunity to study theater and study it as an art form and as literature and as a thing that is made… studying the playwrights who make it, studying the theaters that put it on. Studying the scripts themselves, studying the whole ecosystem, it helped me to realize that I wanted to be part of it and not just analyzing and teaching it. I didn’t know it at the time. So when I decided to leave my academic path, I wanted to do something creative. I ended up diving deep into writing poetry, and really identified as a poet for many years and did… open mics and went to residencies and retreats, and was fortunate enough to get some things published and was really owning poet. But I hadn’t forgotten theater, and theater hadn’t forgotten me. And so I ended up taking a bootcamp, here at Chicago Dramatists. It re-lit the flame for me. And then I just couldn’t get enough of writing plays and seeing other people write plays and learning how to write plays better.

What are the themes in your work? What kind of stories do you tell?

I often say that I write survivor stories. But the survival I’m referring to is like a psychic survival, and how people manage to define and defend who they are in the world, even when forces would want them to be otherwise. And how, particularly, but not exclusively, Black women function in our American society.

Over time, I found out that interest in that existential question, of, “how do you survive when they don’t want you to?,” is very interesting to me, even if it’s not about a character who happens to be Black or a character who happens to be female. Even more curious about… the intergenerational factor in those same questions. How does someone in their 20s, say, wrestle with these existential questions compared to someone in their 50s? And how can they talk to each other about that? How does that show up in their relationships with each other?

My newest piece happens to be featuring all Black male characters, which I’ve never done before. I’ve never written a piece that was exclusively full of… Black male characters. It’s meant to explore how they relate to each other — three characters in particular, it’s not meant to symbolize everyone — but three characters and how they relate to each other through their language, and how language bonds them or keeps them apart from each other. This is another thing I love about Chicago, I’ve learned so much about… the beautiful specificity of how Black folks use language. To hear the nuances and to hear the influence of… the language that comes from Mississippi, you know, that’s still very alive. Even if the migration was a couple of generations back. I just love the language.

In February of this year, I had the opportunity to have a reading done at the Goodman Theatre, as part of their future lab series. It was entitled, “When Given a Choice, Bleed.” It is a one-person piece. I am not the person who performs it, an amazing actor, Leslie Ann Sheppard, did the reading. But it features four Black women of different ages and different eras, who are having a pivotal moment with blood, either real or metaphorical. And it also features a fifth character, who may or may not be blood itself. That piece is a series of monologues, technically, but they interweave. It was a thrill to have it done at the Goodman. I still feel a certain romance about when the lights go down, you see an actor talk to you like who they are in real life, and then transform, and you see a side of them that you had no idea was there. Having bodies in space. And then, in an ideal world, having bodies witness those bodies in space. And witness the sounds that are coming out of those bodies, in the form of words or other things, is just really powerful and meaningful to me.

What do you hope for in your legacy?

I have found it important for my psychic survival to make sure that, if I choose to think about my legacy, it doesn’t depend on the work surviving me. Because I know that’s not promised, I find it comforting to think about it in terms of my legacy being someone on the planet who practiced art and creativity and offered it. Hopefully, the energy of one more person making things and imagining things and trying to figure things out through an art form. Hopefully that matters. Especially important, as a person of color and as a woman, the people that came before me who didn’t have that opportunity. Who didn’t have that resting and imagination time. Who didn’t have that economic security, who didn’t… all the things that can get in the way of sitting down and putting that pen to that paper. I think that’s also part of my legacy, doing it for them… either because they did, or because they didn’t get the chance to.

Learn more about Kimberly Dixon-Mays’s work on her website. 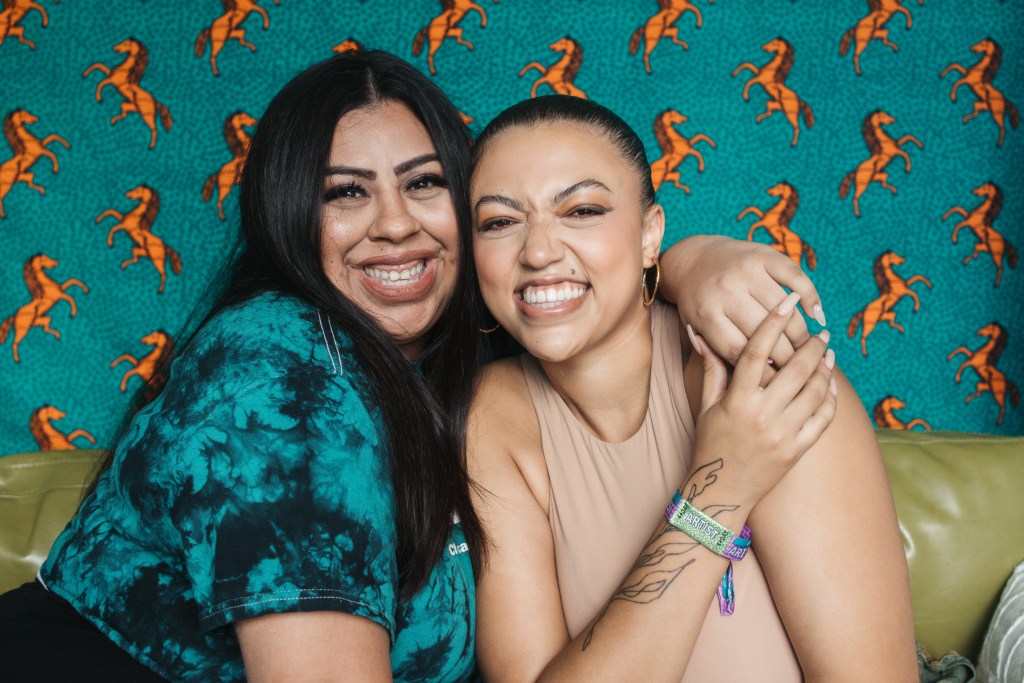 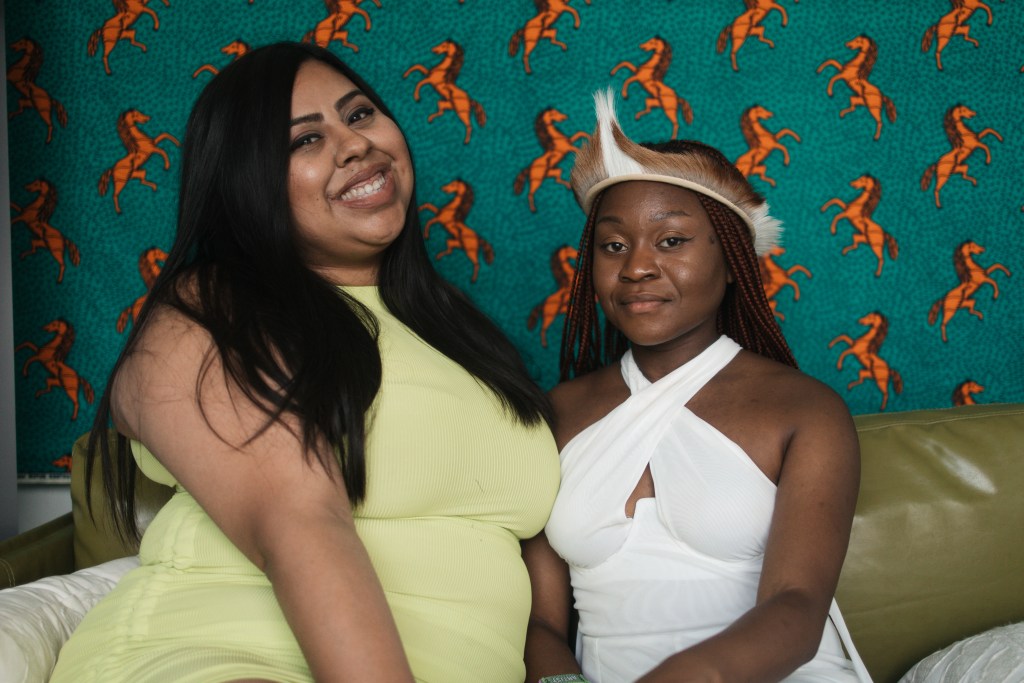