Written by Vocalo Radio on September 8, 2022

Logan Square resident Amber Marsh is a second generation puppeteer at Jabberwocky Marionettes who captures humanity within stylized puppets of all types.

Jabberwocky Marionettes, founded by Marsh’s mother and stepdad in 1991, originally came out of the Renaissance Faire in Tuxedo, New York. Marsh recalls waiting hours to watch her parent’s puppet shows three times a day. They then moved to Chicago and began putting on shows at Navy Pier.

Marsh grew up in the theater, watching her self-taught puppeteer mother craft and perform Shakespearean-like plays with puppets that she made. She just gravitated towards her mother’s puppetry, and couldn’t help following in her footsteps.

“I mean, she was on the road and stuff… touring and I would… want to tour and then was in and out of school, stuff like that,” Marsh recalled.

These days, Marsh and her mother cater to clients such as The Chicago Park District, where they put on puppetry programming at many of the parks across the city. This summer they made nature-focused puppets such as a talkative T-Rex and a singing snowy owl.

For Marsh, her puppetry isn’t just an artform. Puppetry is a reflection of Marsh’s emotions, a form of self expression. She explained puppeteers have a live ability to reflect their current emotions.

“There’s a lot of humanity in puppet shows, because they’re these figures onstage emoting,”  Marsh explained. “But they’re not human, they’re sculpted…”

In this segment of “This is What Chicago Sounds Like,” we heard from Amber Marsh about her work at Jabberwocky Marionettes, how she receives support from Chicago and finding humanity in puppets.

What is special about puppetry?

There’s a lot of humanity in puppet shows, because they’re these figures onstage emoting, but they’re not human, they’re sculpted, so they’re stylized. Our puppets that Jabberwocky, the company I have with my mom, are about nature. And animal characters, for us, for my mom and I, we’re both into animal sculpture and nature. It’s a really old art form. And it’s… a niche that’s pretty big. It’s just always there, being cool.

I came here in sixth grade — I was about 10, from Colorado. And before that, I was in upstate New York, but I’m from Chicago. Since then, that’s been my home. Sixth grade. I live in West Logan Square.

I love Chicago so much. I think this town is the bee’s knees, the wonderful people here and Chicago has given me a lot of opportunities. And there’s been a lot of space to make opportunities. Like, the art scene here is really good. It’s just a perfect… Midwest, medium-size art scene.

What is the name of your puppet company, and how long have you been around?

Jabberwocky Marionettes was created by my mom and my stepdad in like 1991. And they would do kind of Shakespearean, street performance-influenced stuff at Navy Pier. And I think they had it in them, to make that… art form, that puppet. And they came from the Renaissance Faire, in Tuxedo, New York. And that’s where they were founded. I grew up with the Renaissance Faire, and I would wait for their show times. And they’d be doing this puppet show. I think it’s like people’s theater… it can be really elaborate, but also still be outdoors and just on the street, with three shows a day. And I do like that… kind of hard-working circus thing.

How did you get into puppetry?

I’m a second generation puppeteer. So I grew up in a theater, in a church that was made into a theater, and… just dreaming and big ceilings and Crayola markers and thinking big. I think it was really unique and creative. It was just a really cool lifestyle that I think I’m blessed to live… trying not to lose that opportunity to be myself. I mean, she was on the road and stuff… touring and I would… want to tour and then was in and out of school, stuff like that.

My mom is an engineer and an artist. And she is still a practicing artist. She’s very much a self-taught puppeteer that just gravitated toward it. We work together. Right now, our major client is the Chicago Park District. And they do Nights Out in the Park, which is a summer series. And they have 1,000 events. Dance programming, theater programming and puppetry programming at all of their parks. They are like a mushroom-fungi in the city, they’re like everywhere, and they have roots and there’s different departments. And it’s really been a blessing to work with them.

What kind of puppets does Jabberwocky Marionettes make?

We make all types of puppets, and because it’s my mom and I, we both make very different types of puppets. She does amazing rod puppetry, and she’s really an amazing artist. Marionettes are puppets with strings, which we also do. And that’s a really old form of puppetry and marionette, in Europe, means any kind of puppet. We’ve known some magicians here in the city that make their own works of rod puppetry. And that’s a really cool art form that goes way back and is in every single country. Rod puppets are Sesame Street puppets. And the Muppets are rod puppets. They are from a table above and they’re really well-sculpted characters. That kind of moving doll special effects theater, sometimes it starts with a character that we already have, that we want to develop further. Like, we made a robot for this storefront theater company, and the robot is now having a life… from that first show into other shows, because the robot’s really cool. It… can do stuff and it’s got this face that’s like, “Whoa!”

This summer is a greatest hits. Last summer was this original piece with original music by Dan Agosto, and it was about a clown and a puppet-maker. So it was like our version of Pinocchio and Petrushka, so now we have that. This year’s show is our nature greatest hits. It has our T-Rex monologue, and it has our snowy owls rock song, and a couple other rock songs we made with Dan, and has a robot in it.

I’m thinking of stuff during the show that’s very current — like how I’m feeling that day, especially with our Petrushka show, like I was like… because I’ve done this unhealthy anger puppet a little bit, because the puppet-maker… or with the robot, I’ll be thinking, “Wow, space is the place. It’s got these nebulas”… and then we have that live ability to reflect our current emotions.

What do you love about puppetry in particular?

I like doing costuming, I like doing glam stuff and I like doing body puppetry. I’m into the staging of things. I also like bendy wire that… is supple for stop-motion. Well, I like… Elmer’s glue or like any kind of school glue, watered down. We do paper mâché and a lot of positive sculpture. I love bamboo. It’s really strong and light. So those are some of my faves.

We’ve been just doing our own sound design for our own puppet shows. So the music will come in there. And it’s original music, so I’ll be collaborating and learning about recording.

How has Chicago shaped you as an artist?

Chicago has supported my work. Lately I’ve been really feeling that. Sometimes I feel like I’m finally comfortable with what I’m doing now. So that’s like, “Oh, wow!” But I just really liked the community that’s here in Chicago, like I think that’s also something cool that’s like where it’s at right now is an exciting place. Chicago community inspires me to… go see shows and to be a part of them. And the same thing with… family entertainment, to have a show go really well and have… a really nice day with nice art and hard work. That’s really nice.

NEV is Tired of Being Tired 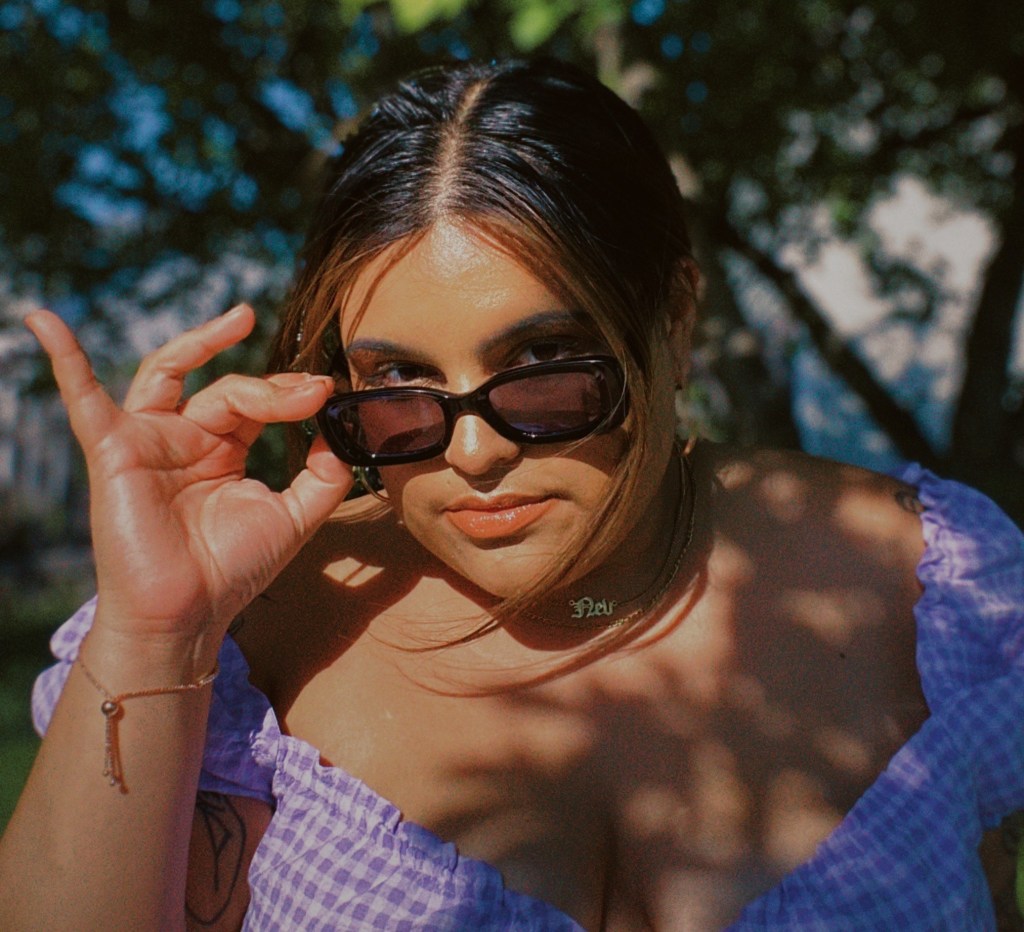 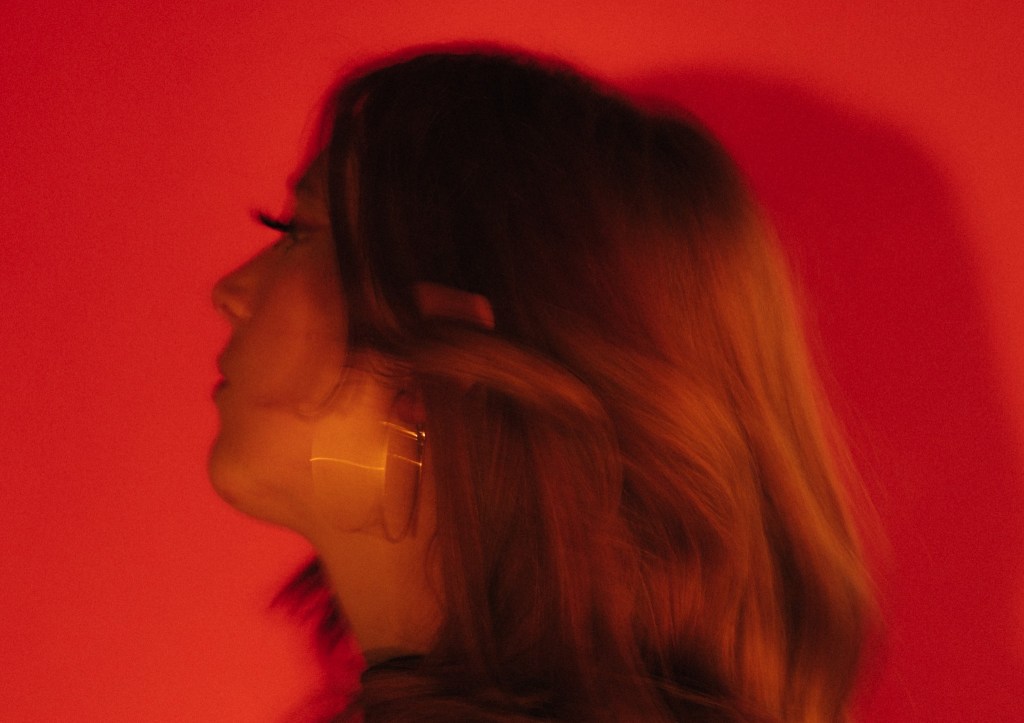