Graffiti Artist Kane One Says Chicago is Democracy in Action 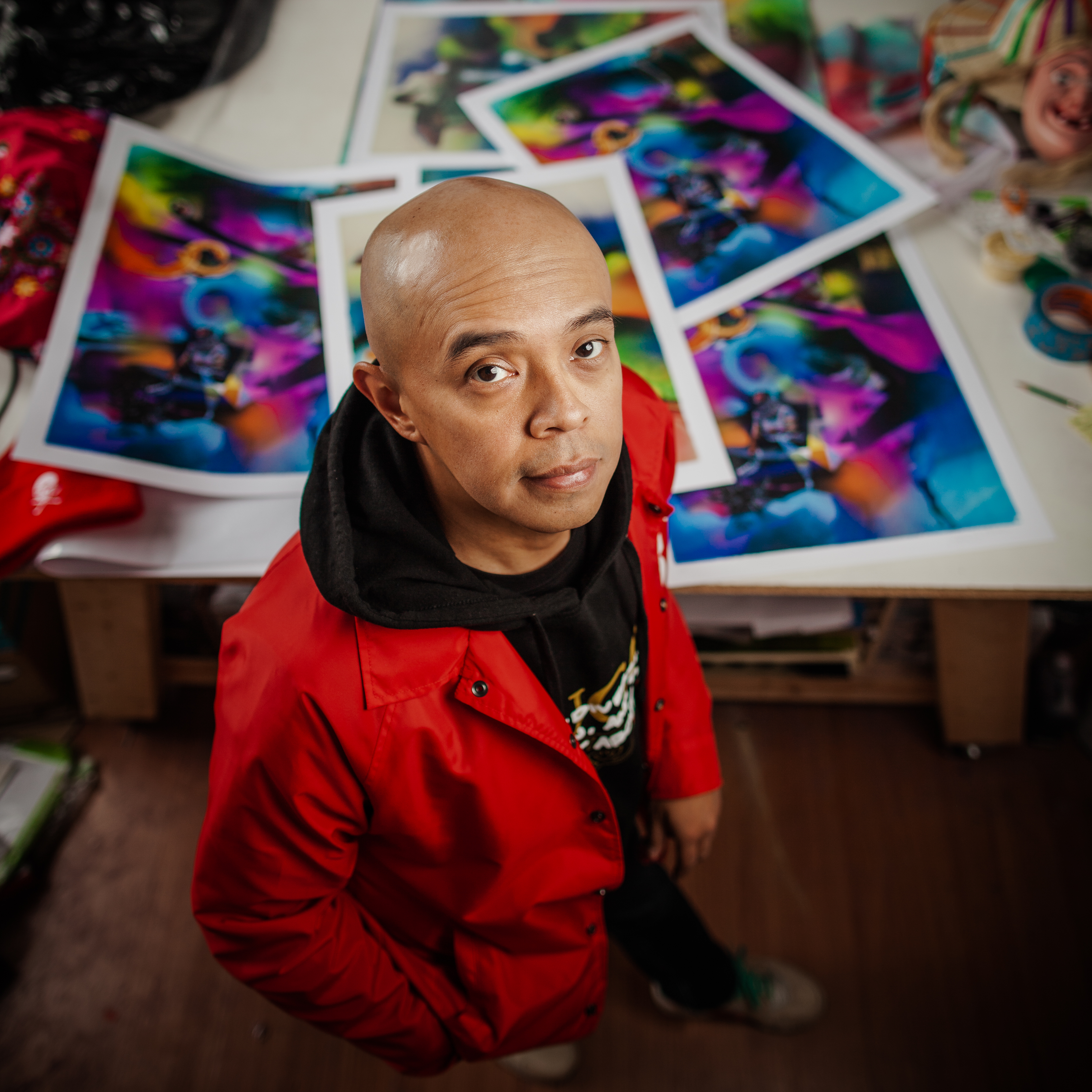 Kane One is a graffiti artist and art educator in Chicago.

He is also the founder of Graffiti Institute, a nonprofit organization and curatorial program of rotating murals where artists can paint and share their work.

Kane One talked to Vocalo about finding his passion, growing up in Pilsen and helping young artists discover their strength. 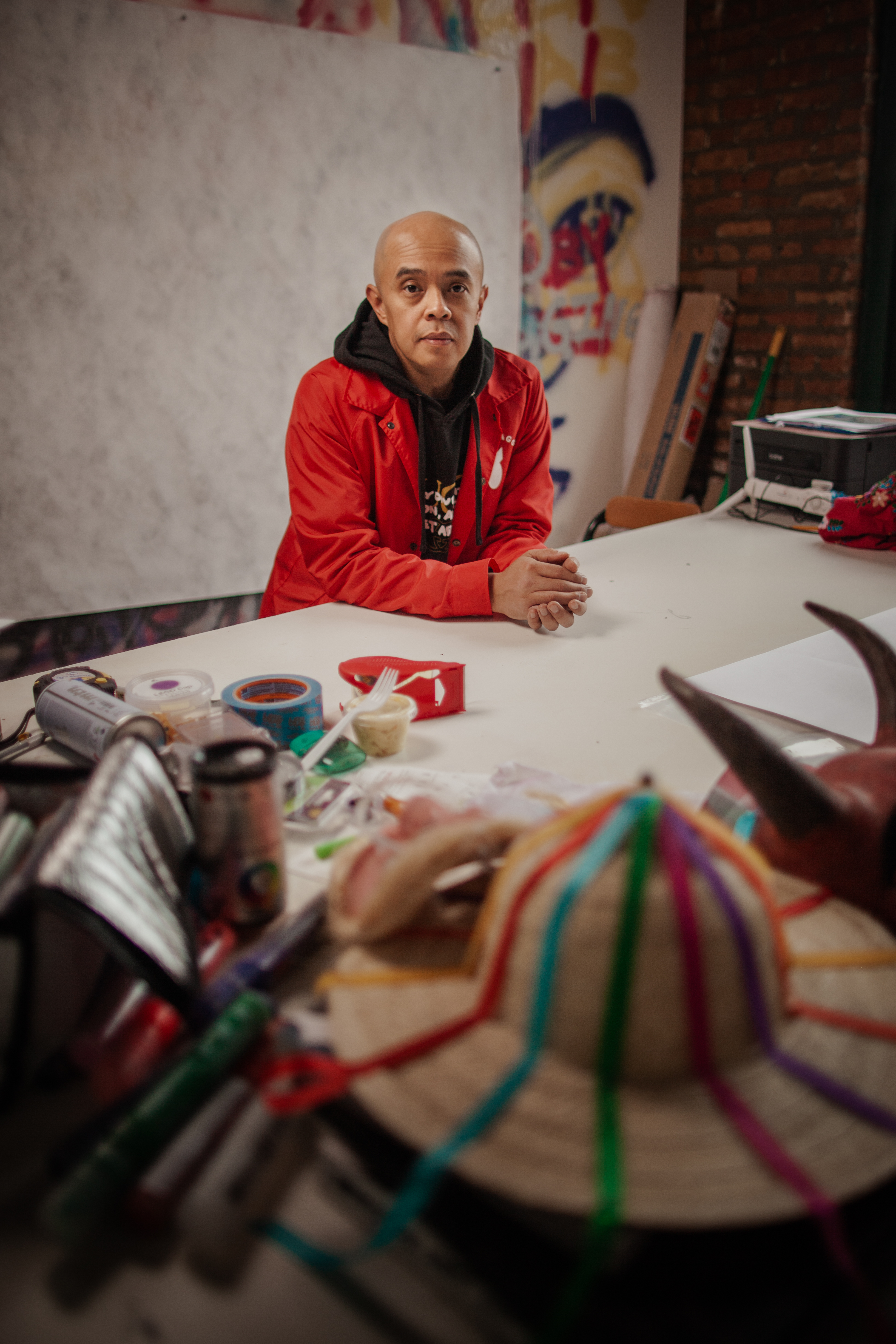 Where in Chicago did you grow up? Describe your neighborhood.

I was born in Pilsen. I grew up there my whole life and I’ve seen a ton of changes since the mid 70s. Up until now, it used to be a lot more family oriented. I remember having a lot of friendships with other kids my age. So the the biggest drastic change has been this transition to a lot less families.

I give street art running tours throughout the neighborhood, and one of the things that I really like to talk about is how best to experience running through Pilsen. I bring up the idea of listening to all the sounds running through the neighborhood, the smells from the bakeries, and the local restaurants, and the colors of the architecture as well as the murals that we’re going to look at. People will see a really wide range of art from very conventional cultural heritage murals to contemporary street art and graffiti. 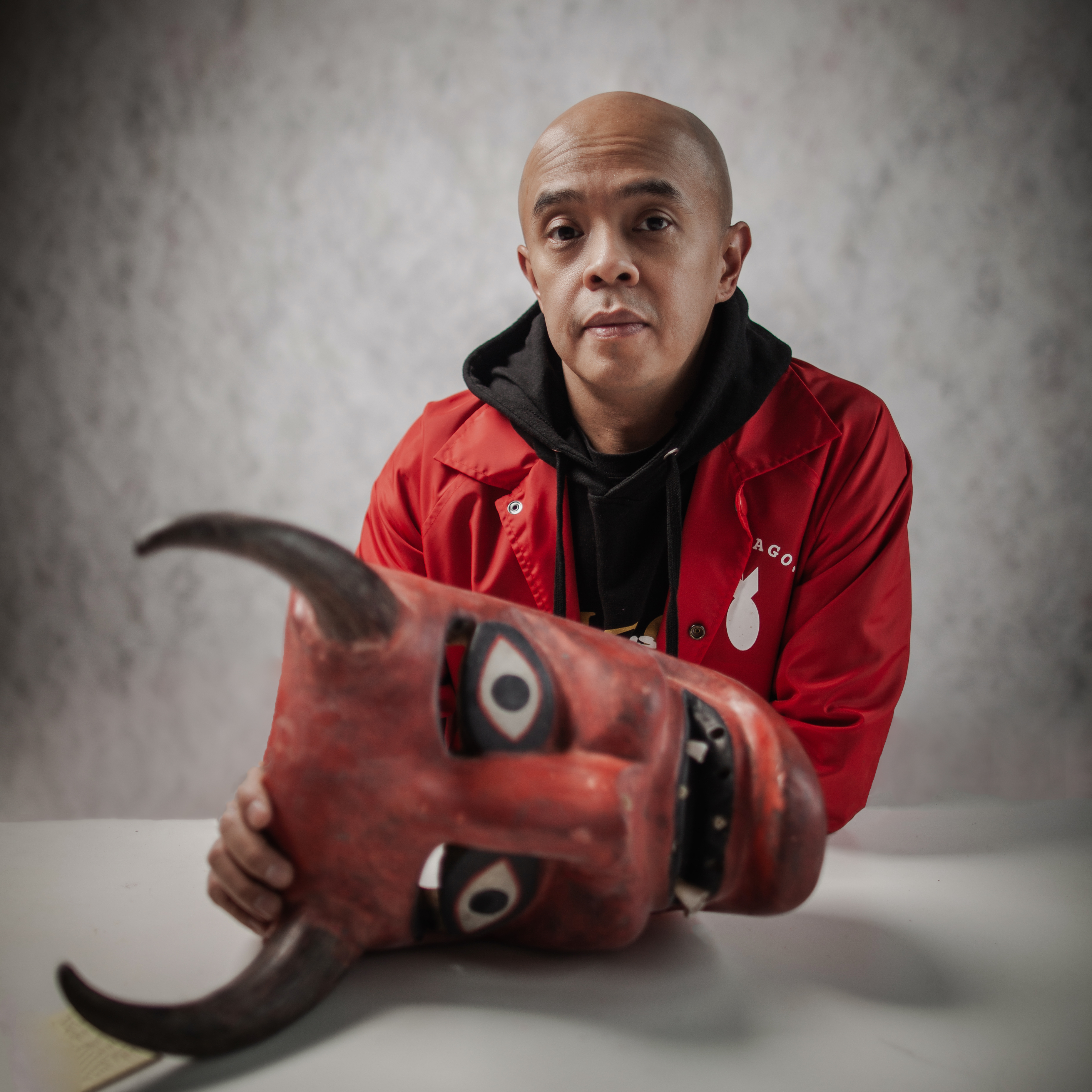 What has it been like growing up and living in Chicago?

Chicago builds a certain kind of tough leather, you have to have a thick skin to be in conversation with the city. Conversely, people that grow up in Chicago can move away and have a really easy time adjusting anywhere else. I think we make some of the best citizens in the world because of the type of accountability we hold each other to, because of the type of ethics and morals that we raise each other with as a community and within our families.

I love that I can get worn out here and, after I’m completely exhausted, still wake up the next day and have a refreshed love for Chicago. It never turns me away. It doesn’t judge and I can take it in as much as I can handle the day. 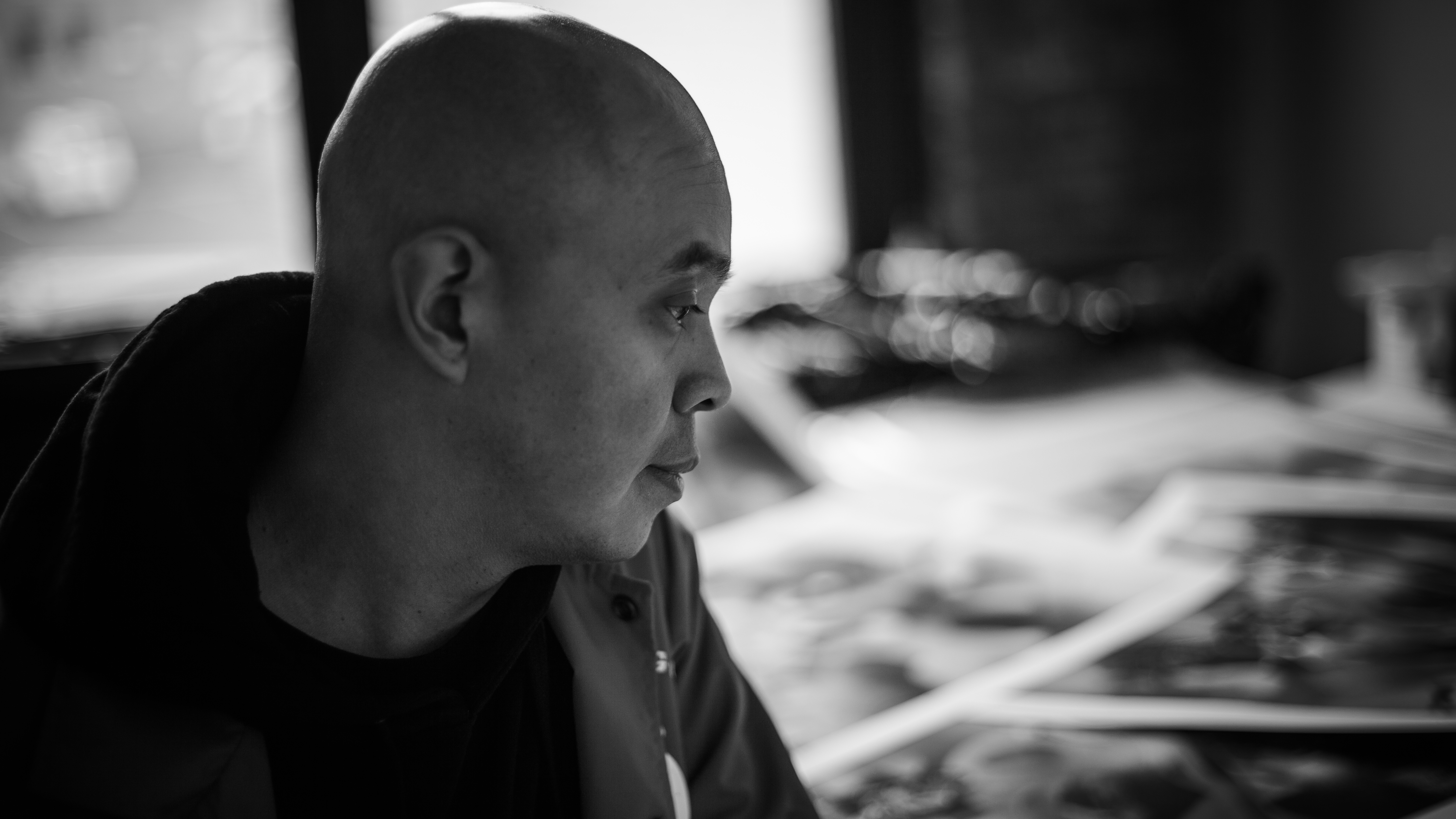 How has the city impacted your work as a street artist?

I was always compelled to draw on walls because I saw it as a child in my uncle’s room in my house, walking to church and walking to my grammar school, there were always tags either in marker or pen or spray paint. It became a visual component in my landscape. I’ve been doing graffiti in Chicago for 30 years and at the beginning as a teenager, it was not as widely as accepted as it is now … or celebrated at a civic level as it is now. The first 15 to 20 years of doing graffiti here, without support or any sort of recognition, it was definitely challenging as an artist wanting to express myself in this manner.

But seeing how perception has changed in our favor now, there’s just a ton of motivation and opportunity to create bigger, more impactful murals throughout the city. So I think it’s a really good time to be an artist here. My graffiti and my studio paintings are very fluid. My content could range from self identity to community concerns or topics. In my studio practice I tend to focus on ideas of afterlife or ephemera. 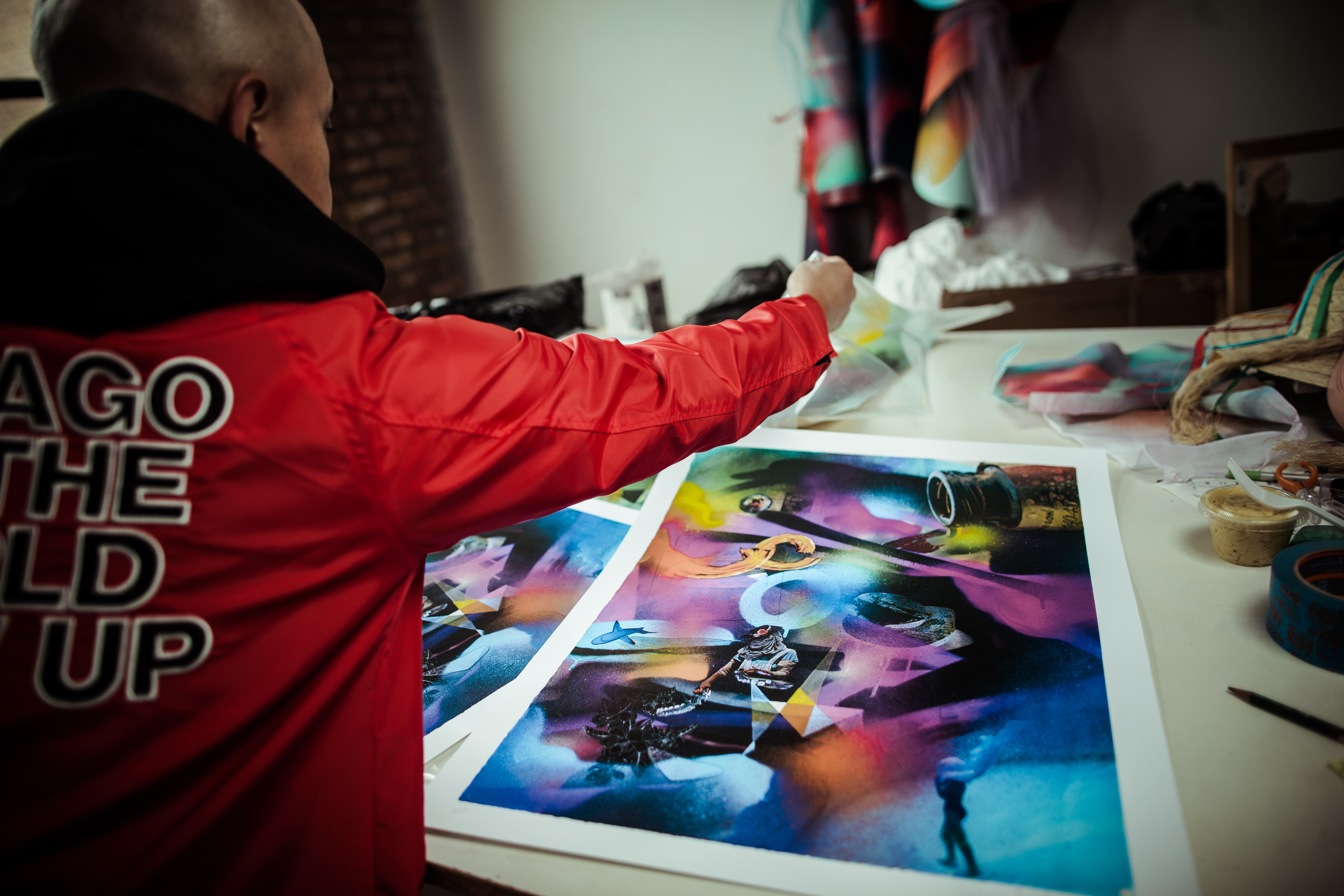 At the end of the day, what would you like to give back to your community?

I think of Chicago as democracy in action, I think that if I want to see art on a wall that doesn’t exist, it’s up to me to go and make it there. Sometimes I do that within conventional channels, and sometimes I do that in alternative manners.

I love being in conversation with Chicago in a variety of ways. I started a nonprofit a couple of years back called Graffiti Institute. What I’m hoping to do with that organization is to give young people the opportunity to experiment with street art, graffiti materials, and large scale mural making. To give young artists the kind of support and space they need to develop, without the threat of going to jail or physical harm that exists when doing these pieces illegally. 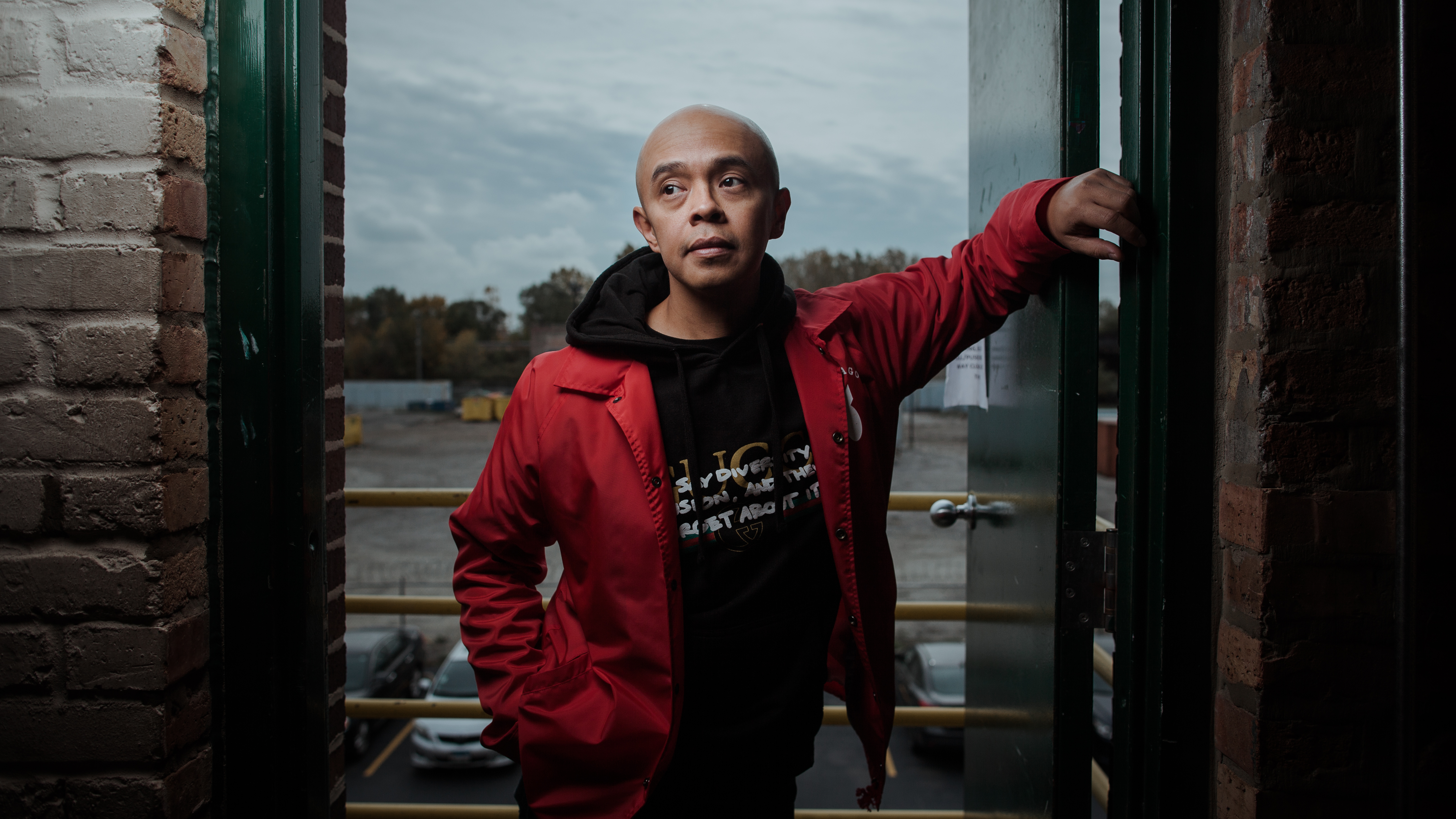 Listen to what Chicago Sounds Like to Kane One Below:

Interview edited for clarity and length by Olivia Cerza 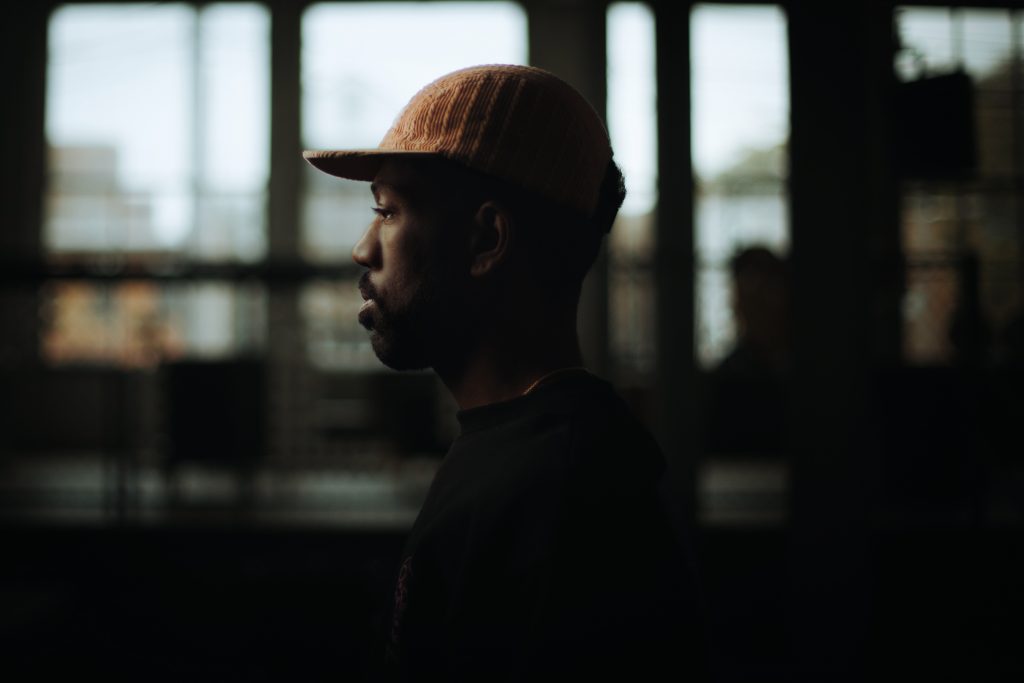