Marcela Gallo is a band manager, shop owner and cultural promoter who loves to embrace the globality of Chicago.

Born in Chicago to two Mexican immigrants, Marcela Gallo quickly found her place in Pilsen. Although she lived in Little Village growing up, Gallo went to high school in Pilsen and found herself in love with the neighborhood.

“I just love that there’s so many different musical cultures [in Chicago],” Gallo explained. “We’re so lucky to be exposed to that.”

Between growing up in Chicago being surrounded by Mexican relatives, Gallo was surrounded by culturally rich music and art, and it was in her college years she became even more immersed in the city’s music scene. Gallo started working with musicians in the mid-’90s, managing local bands in Pilsen including the band Fandanguero, with whom she worked for six years before moving on to international artists.

Gallo went on to open Tonantzin Gallery Shop in 2008, offering meaningful products of her travels from her family trips to Mexico. It also serves as an artist hub: a place where artists of all disciplines can interact, host workshops, perform and more.

Though Gallo is a renaissance woman on many fronts, between managing bands and curating her shop, she ultimately considers herself a cultural promoter. On top of considering Tonantzin Gallery Shop a sort of “artist hub” in the neighborhood, Gallo has also worked directly with the Department of Cultural Affairs to help foster cultural events within bigger festivals, bringing bands in from Latin America and Spain. Whether it is music, art, souvenirs or culturally-relevant wares, everything Gallo spotlights has a story and a rich history.

“I think it’s so important to preserve the culture,” Gallo said. “I try to do as much as I can in my space… I hope that we just keep growing.”

On this segment of “This is What Chicago Sounds Like,” Marcela Gallo delves into her work at Tonantzin Gallery Shop, explains her connection to Pilsen, the rich music world of Chicago and what being a cultural promoter means to her.

My parents are from Mexico. My mom’s from Durango and my dad is from San Luis Potosí. I was born here in Chicago, in the community of Little Village. I grew up there until I was 21. However, I did go to Benito Juarez High School. So throughout those years, I explored Pilsen. And I fell in love with Pilsen.

I also grew up with a family from Chile that was exiled. When I was very young, I met them, I was like five years old. And they changed my life, actually, because they opened up my eyes to a whole different world. So at an early age, I was already learning about families that were exiled from other countries, different genres of music, very political music. Cuando cumplíbe veintiún años, mi primer apartamento aquí en el barrio de Pilsen. En ese momento estaba estudiando en la escuela Columbia College, where my journey begins, with working with entertainment, with musicians organizing.

When and how did you start your work as a cultural promoter and organizer?

I’ve been managing since like 1995, I want to say. I started out really young, when I was in college. Throughout the years, I’ve worked with many local bands here in Pilsen. In 2005, I worked with a very well-known band from the Pilsen community by the name of Fandanguero. That’s where I really got my feet wet in band managing, and I worked with them until 2011. And in 2011, I started to work with more international bands.

Chicago sounds very global. I just love that there’s so many different musical cultures. And we’re so lucky to be exposed to that. We have all these wonderful festivals that just contribute to that, and Chicago being the home of house music and blues — I mean, that is just so rich in musical culture. On a bigger scale, I’m a cultural promoter, I’ve been able to curate cultural events within a bigger festival, through the Department of Cultural Affairs. So I’ve been able to bring in these artists from Latin America, from Spain, and share it with Chicago.

In 2008, I decided to open up Tonantzin Gallery Gift Shop to preserve the culture that’s in the neighborhood. I decided to open up the space that also is an artist hub, where many artists that I work with come here, to the space, to interact with other people, to give workshops, performances. I’ve been lucky to work with really great artists and musicians, like Los Cojolites, Hector Guerra, Centauros, who, every time they come into the neighborhood, they always stop by, catch up, to see what’s going on in the community.

My store is a product of my travels. Since I was really young, I would visit Mexico with my family, and from the first trip that I took, I fell in love with Mexico. So, throughout the years, I would travel and really just integrate myself into the culture in Mexico. People walk in, they’re like, “The smell brought me in.” And that’s because I always burn my copalito, I open up my shop and it’s like a little ritual that I do… to cleanse the air and just make it feel very homey, and just good. A lot of people are attracted by the incense, and just the colors, the vibrant colors that are outside. And the music, they love. They can hear the music from the outside, too, and that kind of brings them in as well.

“Chicago sounds very global. I just love that there’s so many different musical cultures. And we’re so lucky to be exposed to that.”

What are some of the things we’d find in the shop, and the workshops and events you’ve held there?

Art is very important to me. Preserving the culture, new culture. Presenting artists, musicians. Supporting artistic movements, such as Son Jarocho. Son Jarocho is a genre of music that dates back 400 years, and there’s actually a Pilsen-based group here by the name of Jarochicanos. In the early stages, they would use also my space for jam sessions, to practice their instruments, to practice their dance, which is zapateado. So here, you can find anything from incense, artesania, collections of books. Tonantzin Gallery Shop, to me, feels like Mexico.

Many people walk in and they’re like, “Oh, this reminds me of Coyoacán,” and I get inspired when I visit. So my store, I like to have things that bring you nostalgia back from Mexico. So I like to have my incense, my copalito, ropa tipica from different regions of Mexico, as well. Everything in the store has a story, because I hand-pick it myself.

What’s changed over the years since you’ve opened the shop?

The neighborhood’s been changing for years since I was in high school. Since I was in high school, I remember, there were signs that would say, “Pilsen no se vende,” and people would put them on their windows and stuff like that. I’ve seen those changes for many years. Here in the shop, I see it right through my door, every day. Some changes are good, some changes are bad. I hate to see my neighbors leave, or businesses close because they can’t afford their rent anymore. The neighborhood also changes for good. There’s a lot of visitors that we get, which is good for the businesses as well. I love seeing people that come from Europe, or from China, or from just anywhere around the world, and they hear good things about Pilsen. And they want to come to Pilsen. And they come and they visit and I’ve met so many interesting people from changes like that.

People come to Pilsen because it’s predominantly Mexicano. [If] all the mom and pop shops close up… I mean, what are they really coming for? That’s why I think it’s so important to preserve the culture. I try to do as much as I can in my space, promoting the arts, promoting music. I really hope that Tonantzin Gallery Gift Shop is here for many years to come. It’s been 14 years. I hope that we just keep growing. I wish to continue to organize and curate cultural events. I feel like I’m gonna be here for a long time. 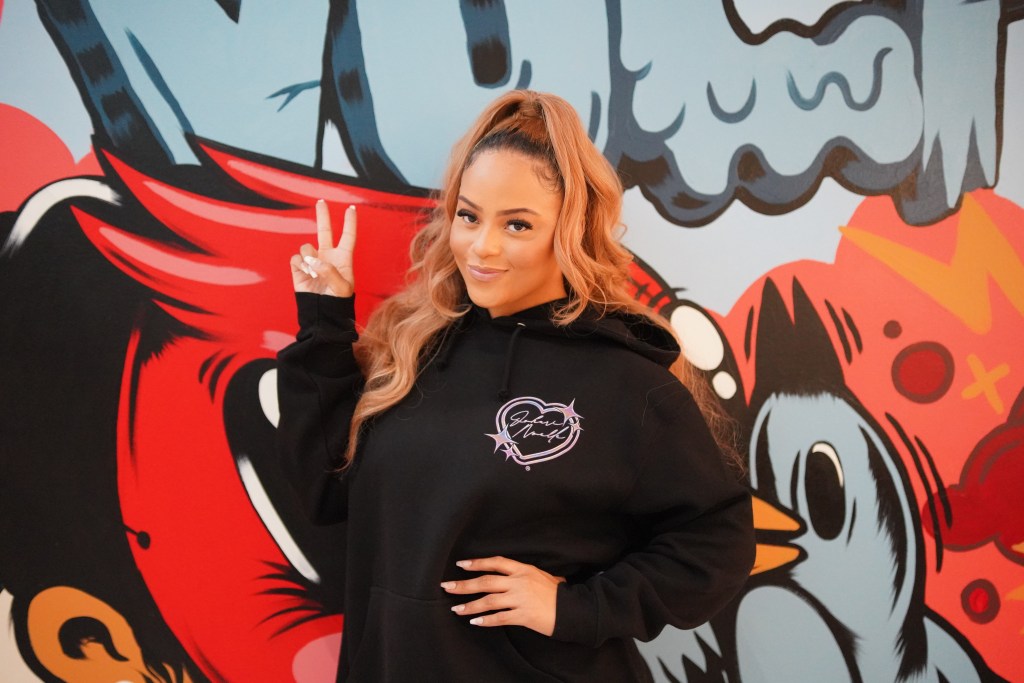 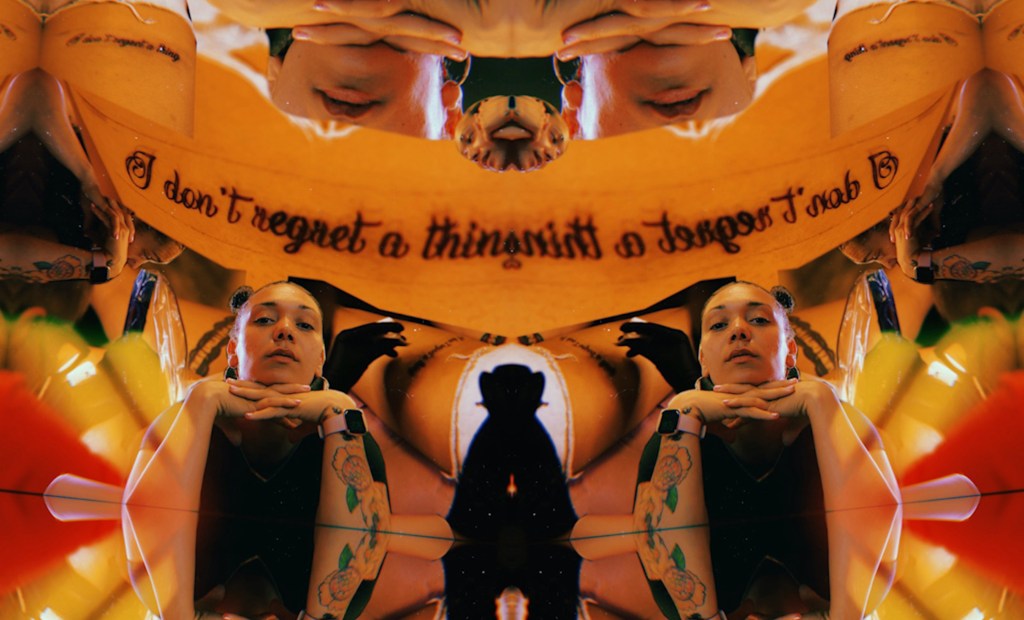