Young D.R.U. Is Choosing Words Over Weapons On His Latest EP

Influenced by Boyz II Men, Bob Marley, Cannonball Adderly and Marvin Gaye, it’s no surprise that this rapper’s beats make us want to get up and dance.

We could all use a little more of Young D.R.U.’s particularly inspirational brand of Hip Hop these days. This young artist has been making waves in Chicago since his DePaul days, and now he’s got part one of four EP’s out for our listening pleasure. It’s no surprise he landed on our June “In Rotation” and the Jill Hopkin’s Top 5 of June! We were able to chat with him about his introspective and uplifting message, Chicago’s musical pull, and listening to the story of a particular beat.

How would you describe your work to someone?

As my brothers Mel & D-Nick would say, I’m “a true misfit among misfits.” I’m a first generation African-American. My father is from Barbados and my mother is from Antigua. Growing up in Roosevelt, New York and attending mostly private schools, created a person of multi-faceted interests and influences.

I would describe my music as inspirational, honest, introspective and an inadvertent narration of life, love and faith. I believe it connects and resonates with people from all walks because it’s real and it’s me; many thoughts and positions and perspectives, not all fitting in one particular box.

You’ve called your music “inspiration Indie Hip Hop.” Can you explain how you fell into this genre?

I’m very serving [as a person], which comes from my family. I like to help and uplift people and make sure that everyone is okay. Putting people first has always been something I’ve done – even sometimes to my own detriment. I think that’s why I ended up doing music that I would consider inspirational Indie Hip Hop and someday [want to] reach beyond.

You’re based in Chicago now, but could you tell me about where you grew up? How did you make your way here?

I grew up in Roosevelt, Long Island in New York, hometown of Eddie Murphy, Public Enemy and Dr. J. When I was looking for somewhere to go for college, I wanted to be somewhere that I felt I could also live. When I started looking at places, Chicago seemed perfect for it’s size, pace and people.

My junior year [of high school], my father told us that we would be moving to Florida. After spending a year there, I knew Chicago was still where I wanted to be, so I applied to a few colleges and universities here, and once I was accepted, chose DePaul.

Chicago is one of those places, moreso than New York, that I felt like anything you could aspire for is attainable with hard work. Such a beautiful, measured energy that I love!

What’s your favorite part about the Chicago music scene and what this city has to offer the world sonically?

Having Blues and House music being such a huge part of it’s formation, there’s a natural connection with music that is easily seen in the music and artists that Chicago has put out.

Kanye, Common, Do or Die, Twista, Da Brat, the Microphone Misfitz, Endangered Species, Chance the Rapper…I mean, we have something for everyone, which is what’s so awesome about here. Chicago is like the windows of the midwest. It’s super diverse and hard-working and the world can see that go-getter mentality in all our artists that have reached the mainstream.

Sonically, I feel like there truly isn’t any other areas that present the type of style that Chicago continues to deliver.  What’s cool is that it just seems to rub off on other areas across the globe.

How did you get involved with the Microphone Misfitz? What’s it like rocking with that crew?

We met our first year of college. We were freestyling at a bonfire on campus and the back-and-forth with D-Nick and I was something that seemed to grab everyone there.  That kind of started the bug of MC-ing. After winter break, when Nick told Mel, he brought him to the studio and Nick recorded his first song ever. When he came back from break, he played it for us and we started the Microphone Misfitz.

It’s been great honestly! As a founding member, I got to see the whole process from the start [until] now, which has been incredible. I’ve been more behind-the-scenes as a part of the crew – just stepping in and doing whatever is needed. It’s like our rule when we started the group that trumps everything: what’s in the best interest of the group? That’s what dictates our actions and choices.

“2 Sexy 4 the gun” is from your recent album P.U.S.H. or P.U.L.L. Pt. 1 – first of all, congrats on the album! How did you navigate the release of this project with all that’s happening in the world right now? Why was now the time to drop it?

Thank you! It was great to have [D-Nick and Mel’s] experience to help me in navigating the whole process…especially in these times. They encouraged me and were very integral in helping me plan how to map it all out, being 4+ albums deep in their artistry.

I’ve delayed my artistic process with being so particular about every step. With all that was going on, my cousin Marc said something to me that really helped propel me to act now. He said “pandemic and even everything else going on is hard, but people still need music and entertainment in some form. It’s a release and now more than ever it’s important for people to have what you do – put it out there!”

Your voice and flow often plays perfectly with the beats you’re rapping over. When you’re writing, what comes first? The beat or the lyrics? How do you merge the two together?

I believe that each part of the artistic process has it’s obligations to the people in respect of their time and feelings. It’s my responsibility to give people the best of what the particular beat is speaking to and telling me it wants.

I always tell people my process is like the movie “Minority Report” with Tom Cruise. When he’s in the pre-crime office, there’s an almost transparent chalkboard that is a computer. He uses gloves to navigate it, but he grabs different things and puts them in separate areas to help figure out the crime’s location and the profile of the person. My mind works that way, where I just kind of put ideas in different areas and keep them ’till I come across a beat or an idea that pulls it all together.

“2 Sexy 4 the gun” is all about using your words over weapons. What inspired you to explore this message?

Growing up where I did, there was always violence with weapons and honestly any Black neighborhood unfortunately has these kind of problems. I would always hear the older folks talk about how they solved problems with their hands and not with weapons.

When the beat maker, Jay Illestrate, came up with this beat and sent it to me, it was named “too sexy for the gun” and that connected with my old conversations and experiences and really inspired me to delve back into it all and speak to how I, as an artist, have my words. If we can stop using what they’ve put in our communities as a means to destroy us, then we can make our communities better and then make the world better.

Obviously no one is playing shows or concerts right now. But when we do get back to it, where is one place in Chicago you’ve always wanted to play at?

The open stage at Millennium Park. When I was working at the Giordano’s across from the park, all spring and summer I would hear the echoes of the music as I was walking to work and imagined my music being played and performing out there in the open. Every time there’s an event like the Blues Fest, or Gospel Fest or even Lolla, I can’t help but think about being out in the open with my music, feeling like it’s vibrating throughout the city!

Yes! P.U.S.H. or P.U.L.L. has four parts so there’s three more to come! Early fall will be the release of part two. After those four parts, there’s more to come! I hope Chicago is ready!

D.R.U. has put together a playlist of some of the most meaningful and moving songs to him. Take a listen here:

Watch: A Virtual Premiere Of 3 Plays By Students Incarcerated at Statesville

At Home W/ The Homies: The Tech World And The Black Lives Matter Movement 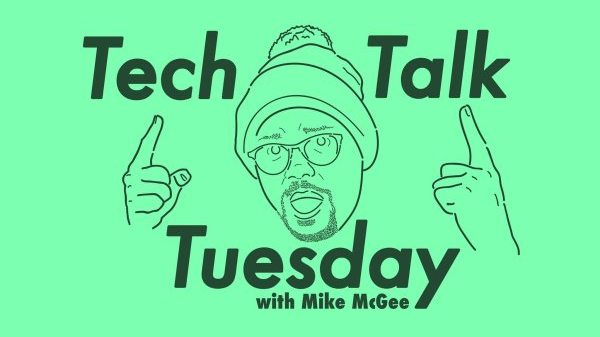