As we enter into a new year, Vocalo’s digital team is reflecting on the artists and creators who help make our station (and our city) great. Chicago-based artist Ausar was featured on Vocalo host Bekoe’s “Top 12 Songs” of 2021 playlist with his song “Vanity,” featuring Femdot.

Ausar chatted with Bekoe back in October 2020, following the release of his EP “Flight Of The Honeybee.” Stream the interview below.

Chicago singer-songwriter Ausar Bradley has always found a way to prioritize his art.

Even as a student at University of Illinois, Ausar weighed his opportunities to pursue music over grades — but surrounded himself with a community of creative individuals through on-campus organizations.

Bekoe chatted with Ausar in October 2020 following the release of his sweet-as-honey rap EP Flight of the Honeybee, which nods to the classical piece “Flight Of The Bumblebee” in its title, and centers on the metaphor of bees as marginalized populations.

The two spoke about taking ownership of his name, staying creative during the first months of the COVID-19 crisis, Flight of the Honeybee and more.

Bekoe: That was “Moesha” from Chicago MC known as Ausar. That single was also released around the time Brandy’s hit TV series relaunched on Netflix back in August. On top of that, Ausar has a new EP titled Flight of the [Honeybee], and I have him on the line with me now. How you doing?

Ausar: Man, I am smooth, can’t complain at all. It’s a beautiful day.

B: Yes, it is, and Imma start it off here: name-wise, do you know when your name derived from, or, you know, the origin?

A: I do. It’s basically another variation of Osiris, which is an Egyptian god. Funny, my dad … in college, took, like, an African Studies class. They were just learning about, like, Egyptian deities and stuff, he heard the name Ausar, and was just like, “Wow, this, this is really, really dope.” And what he described to me as translated to was, like, “Lord of Judgment.” I used to really not like my name when I was a shorty because, like, coming into a second grade classroom and having to describe all of that to other second graders is like, “Yeah, G, this … it’s not really sitting with me.” But I feel like it made me want to give my own meaning to my name, based off the life that I live. And that’s kind of the spin I took on it.

B: Now I know you went to U of I[llinois] and, you know, you say you got a nice circle around you. And I know you were part of W.O.R.D. Definitely break down W.O.R.D. for the world.

A: Yeah, W.O.R.D. is “Writers Organizing Realistic Dialect.” It is an RSO on U of I’s campus. It’s basically a space for creatives — I was gonna say rappers and poets, but it’s really just creatives in general — to come hone in your skills. They have concerts every semester and workshops every week. And it really just feels like a family. They were the ones to push me to really start taking music seriously. And I am forever grateful to that, to that hub, to that family being out there with me.

B: Good thing you did, you know, step out and, you know, take the chances at college and meeting people and greeting people — and then still staying consistent with the music. Was it a way that you, some things you had to deal with in order to balance, you know, your music, and your college work? And also, you know, make sure you graduate and get up outta there?

A: Yeah, no, I’m gonna keep it a buck with you — I was not a good student at all. I’m not even gonna sit here and act like, “Yeah, I had straight A’s and B’s!” No. [Laughs] I did what I needed to pass. I realized and knew what it took to pass, but my first desire was music. And so a lot of my time, it was just like, I either got to make a sacrifice to not go to this show out in another state so I can study for this exam, or I’m gonna have to make sure I just get a C on that exam. And I got a C on that exam. [Laughs]

B: I salute you on that, man. You, on an artist standpoint, you’ve been very consistent. I want to say, pretty much, a lot of the music I’ve heard come from you have all been hits. Like, it’s never been a hit or miss with you. And so I definitely got to salute you on that end. You know, we’ve definitely played some of your singles over here at Vocalo. Played “Moesha.” We gotta talk about “Moesha” because, you know, that recently landed on Netflix. Was … that partially the reason why you did that single? Or was it already in mind for you to do a tribute?

A: No. So the way that happened, I was at my homie, Kurt [Shelby] — “STNFXCE” — I was at his crib. He was just cooking up. And one of the beats that he had played for me was the “Moesha” beat. And while he was playing it, I was listening, and the synth lead that he was using sounded like the synth that they use when she’s, like, sitting, writing in her notebook.

And I was like, “That did just drop on Netflix, too. This would probably be prime time to actually write a song about Moesha.” And so I was just like, “Yeah, bro, just keep working on that.” And as he was working on it, I was sitting, writing. I was like, “Okay, yeah … this is gonna be the Moesha joint.” And it all just happened to fall into place. The story of how that all fell into place was actually very funny, and right on time, too.

B: So, I mean … for you, at least, did you see that track pick up some steam?

A: To a degree … more so than it picking up steam, I think it was just a cool exercise in terms of rollout and in terms of working at a faster pace … more so an industry pace, where it’s like: you got limited time, you gotta make it work. What you gonna come up with? It … felt like one of those types of challenges. There was a lot going on around the release. Like, the March on Washington was happening during that time and a couple of other things that … I feel like were definitely 100% more important and that’s what people’s attentions were, like, drawn to. And by no means do I, like, feel slighted in any way, because there are more important issues going on in the world right now. So, if nothing else, I’d chalk it up to a really dope learning experience and it definitely taught us some things in terms of how we wanted to move forward in terms of rollout and things of that nature.

B: I gots to speak on, you know, life, man. You know, the pandemic has took place. How has that took a toll on you, personally?

A: It finally gave me a chance to slow down. I know that since I had gotten to the crib from school, because I got done in May, got back, got a job and, like, started moving. It was like, now that I’m back home, I just want to move, politic, network and be at all the shows. Be in all the studios, like, I got to make it work. Pandemic made me go, “Yo, slow down, relax. Take some time for yourself, work on your own stuff. Think. Like, process the last year of your life.” And I think that was really really good for me, made me go back to the drawing board on a lot. And it also, it opened up the space for me to work on this project. Because we started in March. So this is really what gave me the opportunity to do it.

B: Wow, so, okay … now let’s jump into the project, because I’m excited for Flight of the [Honeybee]. With things being on the verge of dropping, what can we possibly expect as far as, like, track length, features…?

A: The opening track is called “Flight of the Honeybee,” and my homie Immy sent that joint over. And as I was listening to the instrumentation, it reminded me of “Flight of the Bumblebee,” which is, like, a classical piece, which you play on the piano. I was listening to that and it just reminded me of bees. So, I was writing it, and once I got done writing it I was just like, “This is a really dope concept, like, for this song, but for a project as a whole…” Because the project is basically using bees, in general, as a metaphor for marginalized groups. Bees are responsible for one third of the world’s food population, and … without them pollinating, we wouldn’t have that. A lot of times, bees get a negative rep because they’re seen as aggressive or … just a bad omen in general — when really they don’t even attack at all, unless they feel like they have to protect something or they’re threatened. It just all made sense in the current scope of what was going on in the world and I was just like, “This is where I want to stay.”

Ten City Is A Utopia For House Music 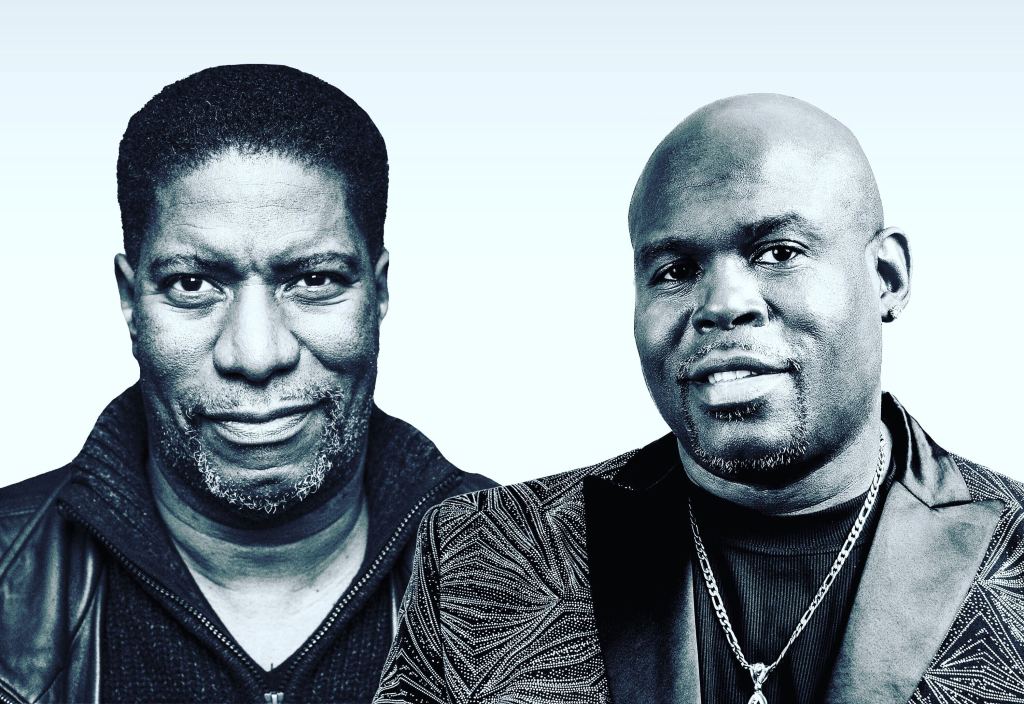 Ronnie Spector Of The Ronettes Has Died At Age 78 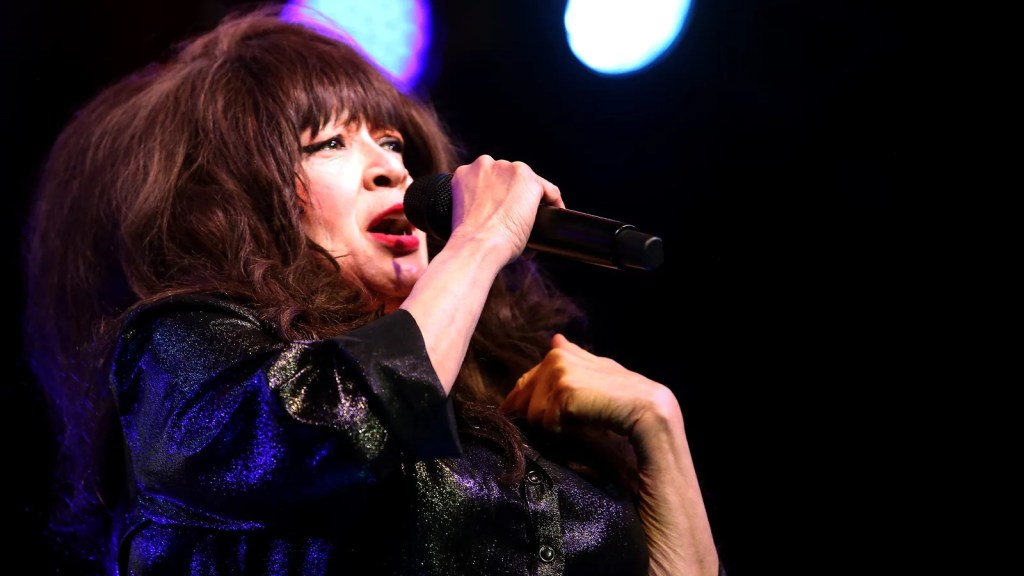