The Collective Souls Of New Context

Jazz musician’s New Context speak on how Chicago helps to inspire their work, and how jazz runs deep in their veins.

While some may call it luck, the creation of New Context was an event aligned by the stars. With each member chaneling their fair share of Jazz greats — from Charlie Parker to Herbie Hancock — the collective total paved the way for their own rhythmic groove. As the band started to trickle in and come together, they found luck performing at jazz clubs, ultimately releasing their debut EP New Context. As the group begins to find their footing in the jazz scene, they are also taking their time to craft a meticulous new sound.

We heard from New Context about the differences between their writing processes, who musicaly inspires them and the ways in which Jazz is expanding.

“…we’ll jam on it until something hits. Then we’ll flesh it out—try to give legs, and I guess, eventually wings.”

How did you all come together to create New Context?

Ryan Lehrman: I originally hit up Simon Dufour [the sax player] to be part of this band I was forming for a local MC. It was just the two of us and a couple of other guys, before Jackson Kidder [the bassist] and Doug Ferdinand [the pianist] would end up joining. We were jamming at rehearsal one day, waiting for the MC to show up, except he ended up pulling a no-show before his own concert. The upside is, while we were waiting for him to get there we had come up with some tunes we really dug. So we decided to make our own group with a slightly different, more jazz-influenced vibe: i.e. New Context.

For Jackson and Doug’s entry, their story is a little different. We caught Jackson for the first time at Gallery Cabaret. He was playing in the opening group, and we were on later. New Context had been together for a couple years at that point, and here was this bass player in the opener rocking a Kevin Garnett Minnesota Timberwolves jersey. Growing up in Minnesota myself, I started chatting with him, and we ended up bringing him in.

Doug came on board before a gig at Andy’s Jazz Club, when our keys player at the time couldn’t make it. Subbing in, Doug added such a well-steeped jazz element that night. He’s so talented and we knew that we had to have him in the group.

What inspires your sound?

Doug Ferdinand: The four of us come from different paths, yet meet on a similar playing field. Though we all have our unique musical upbringings, we agree on many of the same musical inspirations and converge into a sound that represents all of those things.

Who are some of your musical inspirations?

Ryan: All of the above. I was listening to a lot of RH Factor and D’Angelo’s Voodoo, Jay-Z’s MTV Unplugged with The Roots.

What does your production process look like? How do you gain creative inspiration?

Ryan: For our song creations, the process is fully collaborative. Someone will come into rehearsal with a melody or chord progression in their head, and we’ll jam on it until something hits. Then we’ll flesh it out—try to give legs, and I guess, eventually wings.

Doug: When seeking creative inspiration, we just try to be in the moment. The most creative times are usually unforced and natural.

Your latest EP New Context is very soothing, and it’s your first EP! What was the vision behind it?

Ryan: We wanted to make something that felt like it had an old soul yet was fresh. The EP is a snapshot of what we’re about—a few instrumentals ‘cause we’re an instrumental group and a few tracks with BeeDotKay and Taaj Martiel to represent the hip-hop side.

Could you outline its composition process?

Ryan: For tracks like “Progression,” we had been playing that tune live since we started New Context. Simon had brought in that melody and chord progression one day to rehearsal, BeeDotKay added some verses, Jackson threw in the upright bass part, and then we came up with the outro groove that sorta launches into this whole extension of the song.

Once we recorded the track and the rest of the EP at Shirk [Studios], I produced it in Pro Tools, added the reverb-ed intro, did some session housekeeping, and then we brought in a handful of other musicians to develop it into a fuller composition— we got SAVY-FRESH to scratch on it, Aaron Day to track guitar, and Victor Garcia to lay down trumpet for part of the melody. That song was fairly reflective of how the process went for the other tracks as well.

Pre-Pandemic, where were some of your favorite Chicago venues to catch a concert?

Ryan: Big fan of The Whistler. A few of us caught Butcher Brown there a few years ago—cool intimate setting with good drinks.

As a Chicago band, how has the city helped to inspire your work?

Ryan: I think it’s helped push us. Chicago has some of the most talented musicians in the country. That sounds dramatic but it’s true. And the jazz/hip hop scene has always had a foothold here since Common and No ID sampled Jimmy Ponder on “Invocation” for One Day It’ll All Make Sense. Fast forward to Kanye, the Chance collective, and all these dope local groups like Human Bloom. All that has molded what New Context has become.

In your opinion, where do you see the future of Jazz going?

Simon: Jazz has always been an eclectic style that absorbs sounds of the present day. In the ‘60s and ‘70s, rock influenced jazz, now in the 21st century hip hop has had a big influence on jazz. I think jazz will continue in this way, but I do think one constant will be the aspect of improvisation and some of the vocabulary and language that comes with it.

Jackson: Nicholas Payton has a song called “Jazz is a Four-Letter Word” and aside from being just a really great song, it’s also a strikingly true statement. What is often ascribed to the word jazz is really Black American Music from 1920-1970. Especially as white musicians, I find it important to identify that a lot of the music we love is made by black artists, and comes from a culture other than our own. I understand why the music industry still uses the genre of “Jazz” to categorize certain sounds, and it’s humbling to be associated with the likes of Miles Davis, just by the use of a four-letter word. That being said, I think it’s a word we will see less and less of, as time goes on.

Is there anything you want to promote, or anything that’s coming up on the horizon for you that listeners should know about?

Ryan: Of course our self-titled debut EP. We appreciate those who’ve listened to it, and for those who haven’t yet, go listen!

Also, every band member has their own project. Simon [Dufour] and Chicago producer Aaron Day have an album getting released at the end of summer. Their first single “Find Light” is already out! Jackson has an album dropping under his own name, “Jackson Jay Kidder.” Doug has a fusion project called “judo” with Justin Canavan who plays with Jamila Woods—that album will be called “Perception.” And I have a solo project, Benya Vya, with a couple more singles dropping this summer.

Interview edited for length and clarity by Genevieve Kyle 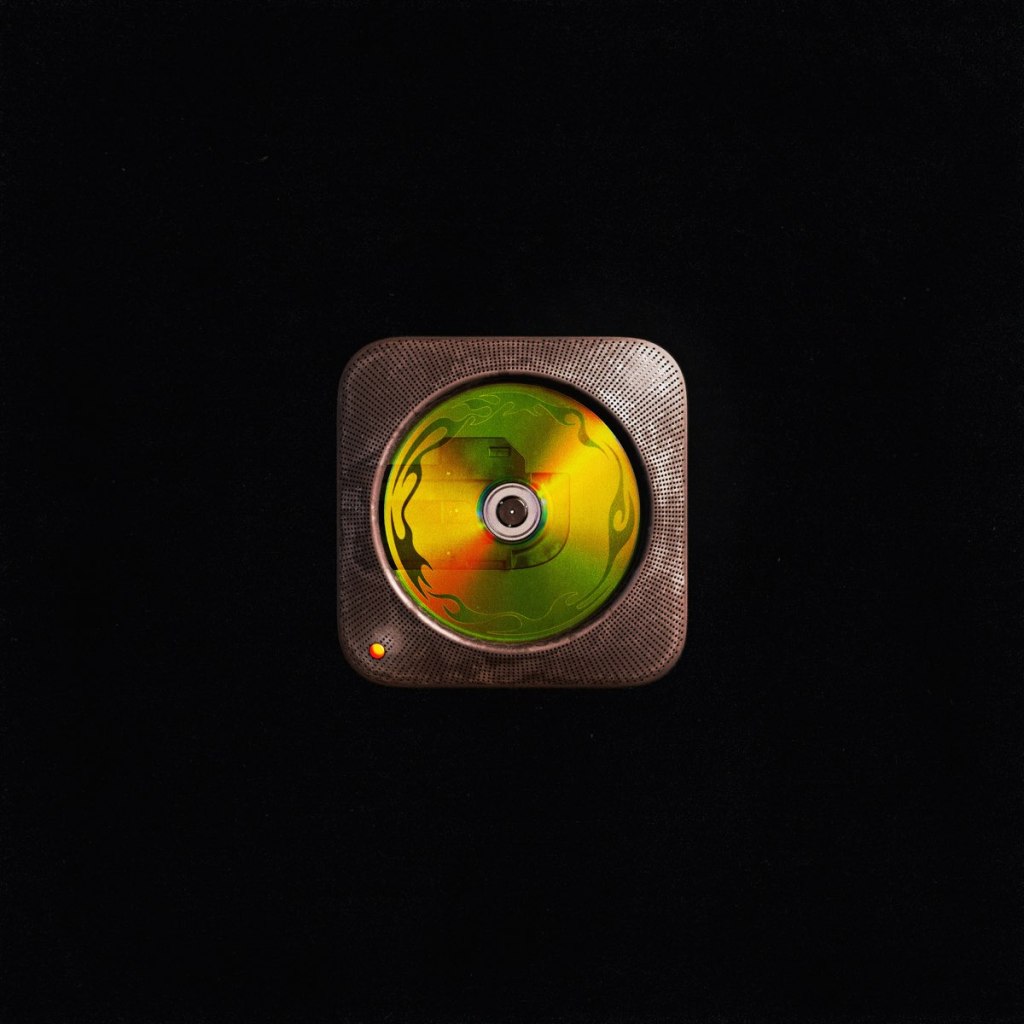 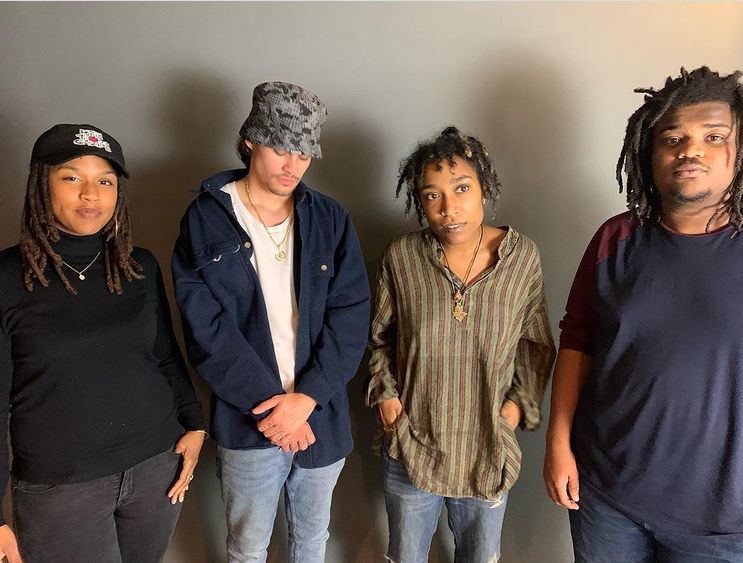