Even without their own personal tech teams, our duo gets it done both off and on camera. They can both add another award to their already impressive resumes. Their play This Is Modern Art, written together, just won the Distinguished New Play Award from the American Association of Theater and Education. Major congratulations are in order!

And, rather fortuitously, the award perfectly coincides with one of this episode’s topics! On this twelfth installment of SONS, Coval and Goodwin dive into graffiti in this moment, Kanye West’s newest song (and presidential run), Megan Thee Stallion’s new single, and Pop Smoke’s posthumous album Shoot for the Stars Aim for the Moon.

Also worth noting, 30 minutes is just never enough time for all our guys need to dive into! So they’ve started the Same Old New School Instagram page, where they can talk about even more. But no need to worry, they’ll still be kicking it here, at the flagship, every Monday night at 8:30 CST!

Graffiti In This Moment

Growing up in Chicago and spending endless days getting “lost” on the Redline helped foster a deep love and respect (and, self-admitted obsession) of graffiti art and artists in Coval. While he’s not been able to go out and observe lately, due to stay-at-home orders, he still tries to drive around and find daily masterpieces.

“[Graffiti] has been powerful in this moment,” he said. “We’re seeing it around the country – really around the planet – graffiti writers participation in the power of this moment.”

They noticed that graffiti writers are probably the most prepared artists for the pandemic we’re living through. From going out in masks and gloves to practicing social distancing, they’ve had the practice. And a lot of the work that artists are doing now is that kind of contemporary history telling (often in support of the Black Lives Matter movement).

The two also wondered if there even is a need for statues in our society, and if so, who should they be remembering.

After dropping a new single last week, Kanye immediately eclipsed it with the news that he would be running for president in 2020. This is after he was just granted $5 million from the government for his billion dollar Yeezy brand through PPP loans designed to help small businesses struggling from the coronavirus.

“I’m….I’m lost man!” said Goodwin. “There’s so many ways of reading it. Lowkey, the anthropologist in me wants him to be serious about it – just because I’m fascinated and curious – cause I’ll be honest…it’s strangely fitting that this country would go from Trump to Kanye West.”

Veering back into the single, “Wash Us In The Blood,” the two discuss their opinions of Kanye’s discography and what it meant, especially, to the young people of Chicago as it was coming out. Interestingly enough, Goodwin noticed that Kayne is bringing Black music almost full circle with its Gospel roots. While he’s also connecting more to Chicago sounds and less to Gospel than he has in recent drops, which is a compelling amalgamation.

The song comes after the tragically familiar wave of summer murders Chicago tends to endure. On that note, Goodwin said:

“To me, he’s at his best when he’s really, really deeply connected to Chicago. Cause Chicago needs him. And I think this is something Chance understands. The thing I will always respect is that Chicagoans don’t like many people, but when they love you they love you forever.”

“Girls In The Hood” is a sampling of N.W.A. and Eazy-E’s beat. Coval likes it and appreciates how it’s, in lots of ways, almost a battle rap and feminist retort. Goodwin thought the difference came in the newness and freshness and never-before-been-done-ness of “Boyz-n-the-Hood.”

“Megan Thee Stallion is strong, is consistent, she’s a star,” he said, adding that the community will always be there for her. “But I do wonder about that sort of difference and can she take us into that sort of world.”

Earlier this year, at just 20 years old, rising rapper Pop Smoke was murdered at his home in L.A. His sound, dubbed Brooklyn Drill, came about through influences of Chicago’s own sound and the U.K. Drill scene. This past week his posthumous album, Shoot for the Stars Aim for the Moon, dropped in a beautiful and heartbreaking way.

“This feels like the debut of Biggie or [Tupac]. Like a star is born,” said Goodwin. “There’s such a clarity of perspective, the voice is undeniable and distinctive, and it feels like a debut album.” 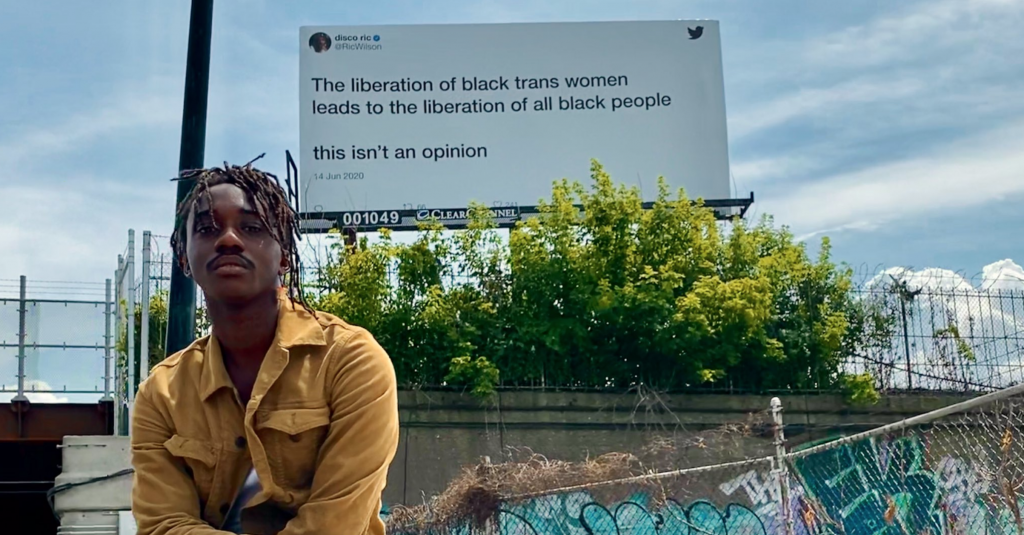