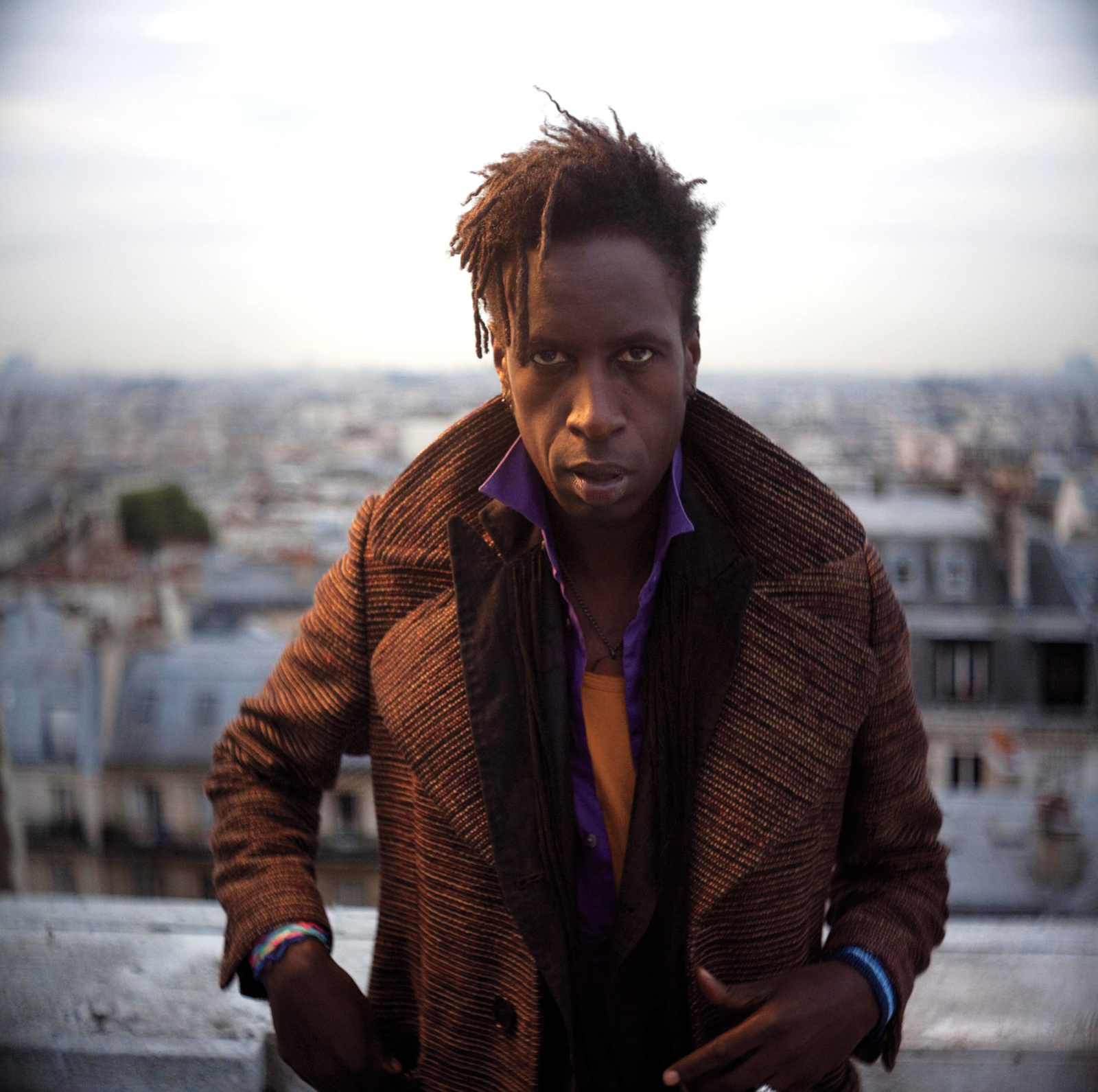 Saul Williams is a poet, musician and actor who’s worked with the likes of Rick Rubin and Trent Reznor, creating some of the most progressive, genre-bending and conceptual hip-hop.

With albums like The Inevitable Rise and Liberation of Niggy Tardust and 2016’s MartyrLoserKing the artist blends narrative and music seamlessly. The latter was based around the story of a hacker and coltan miner from Burundi who, under the screen name “MartyrLoserKing,” is waging cyber resistance against authoritarian imperialist governments and oppressive global capitalist forces.

His new album, Encrypted & Vulnerable, expands the socio-political narrative into a long-form multimedia project, serving as an album and a soundtrack to an upcoming film “Neptune Frost.” This second part of the saga tells the story from the perspective of an intersex Ugandan runaway who has a love relationship with MartyrLoserKing and joins the hacking collective.

We spoke with the multi-media artist, and soon to be film director, about the Afrofuturist cyber punk journey he’s taking us on through the interconnected projects that tie the MartyrLoserKing narrative. 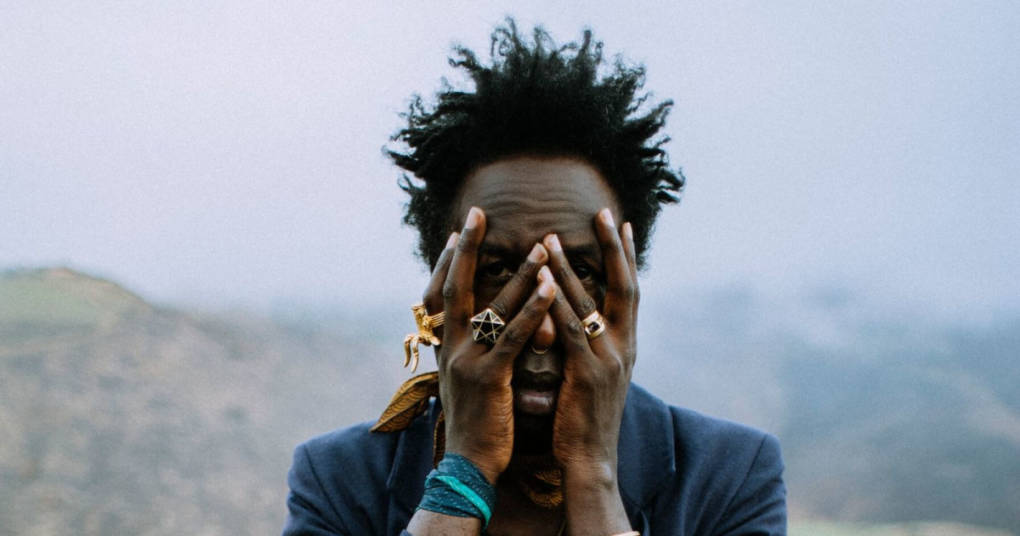 Jill Hopkins: I want to talk about the project at large and then focus in a little bit. There seems to have been a shift in tone between the way the first portion of “MartyrLoserKing” looks at technology and the way the second part, Encrypted & Vulnerable, looks at it. You seem to be less optimistic about how technology can be used as a tool of resistance.

Saul Williams: That’s an interesting observation. There are three albums in the “MartyrLoserKing” project. In the first album, I don’t know if I would call that stuff optimism, but yes, there is definitely an idea of a hacker that’s present there. The second album that was released recently, Encrypted & Vulnerable, is more of an insider perspective. The first album is from the perspective of a character named “MartyrLoserKing.” Then, the second album is from the perspective of “Neptune Frost,” who has an insight to the virtual world because, in classic sci-fi terms, we’d call her a cyborg. She’s not really a cyborg but she can seep into the virtual space without any device and has access to the network at large. What you hear in a lot of the lyrics is what she’s learning to express in Encrypted & Vulnerable. It’s her making the distinction between what she’s observing as she’s literally reading the algorithms and trying to make sense of what she sees in this virtual realm. So yes, maybe it’s less optimistic, and it’s more of a meandering.

I love that with this whole project you also mentioned the graphic novel, the album, the screenplay. It is all so immersive. Why did you want to make sure that this was a feast for not just the eyes? And not just the ears, but rather for your whole being?

It’s something that I love. It’s exciting. For me, as someone who’s working in all these different worlds of media, I really wanted to give myself the challenge of seeing something through. All of my books of poetry, for example, have always been concept oriented but I’ve never really gone through the process of writing a novel or having a full story written out. In terms of all the different media, that’s more like waste management. Normally, I’m working on a book over here, an album over there and doing some acting on the side. This time I wanted all of my talents to go toward the same concept, so I just needed a broad enough concept that I could feed all of my energy into. Talking about technology, the role of gender in society, the relationship between an imperialist nation and an exploited nation, it all has everything to do with today. That’s why I chose to conceptualize this story – I wanted to find a way to address all the stuff that I see happening in an everyday sense without preaching. Fiction allows me to do that. 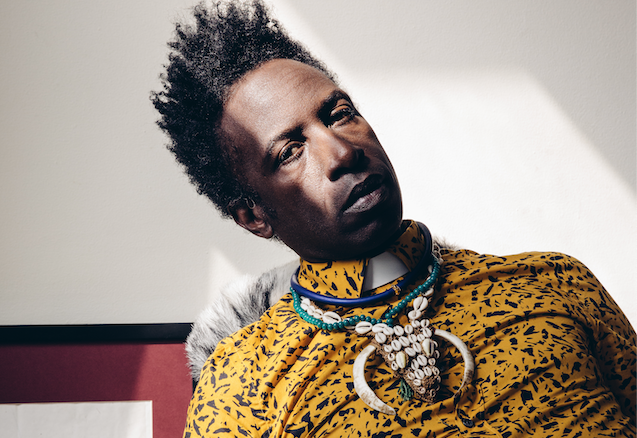 Because it’s a three-album project and also a cohesive story, my mind says that you knew how this all would end before you gave us even the beginning. Is that a fair assessment or is this something that evolved and changed as time goes on?

I would say that both statements are true. There was never concrete knowledge of how things would end. For example, I had no sense that when I started writing in 2012 about Burundi and the idea of political conflict and unrest, that their president would make the actions that he took in 2015. So when the album was released in 2016, things were and still are full on in Burundi as a result of their president who has taken on this dictatorial stance and, as a result, the number of refugees that have chosen to leave the country for safety is big. But when I started, I thought I was writing fiction, you know? When I started writing this, I did not imagine Donald Trump would be president. I didn’t imagine that the question and the rise of fascism on a global scale, the question of white ethnic nationalism and white supremacy, that that all would be part of the global dialogue. I didn’t realize that the stuff that I was writing about would be what we’re talking about. But on the other hand, you want the work to engage with the moment. I’m browsing my timeline, and I’m super engaged in the observation and educating myself about what’s going on globally, not just in this country. Sometimes I have things that I want to say, so I put them in the project. If it’s relevant now, it’ll be relevant then. I noticed that anytime I truly engage with something, whether it’s reading a book, or working on music, or a great conversation or a great meal, whenever I become truly engaged, I forget about everything else. That’s what I’m working for – a state when you forget to constantly check on your phone messages. It’s my time to really focus.

I wanted to talk about your acting career because I think that you are really great at it in addition to being all the other things that you’re really great at. When you’re acting, do you get to just have fun while being somebody else?

Yes, acting is my first love. I have a film coming out in 2020 called “Achilles’s Escape,” directed by Charles Officer. So there’s some acting stuff coming out. I’m also about to jump into my first job as a director with “Neptune Frost.” 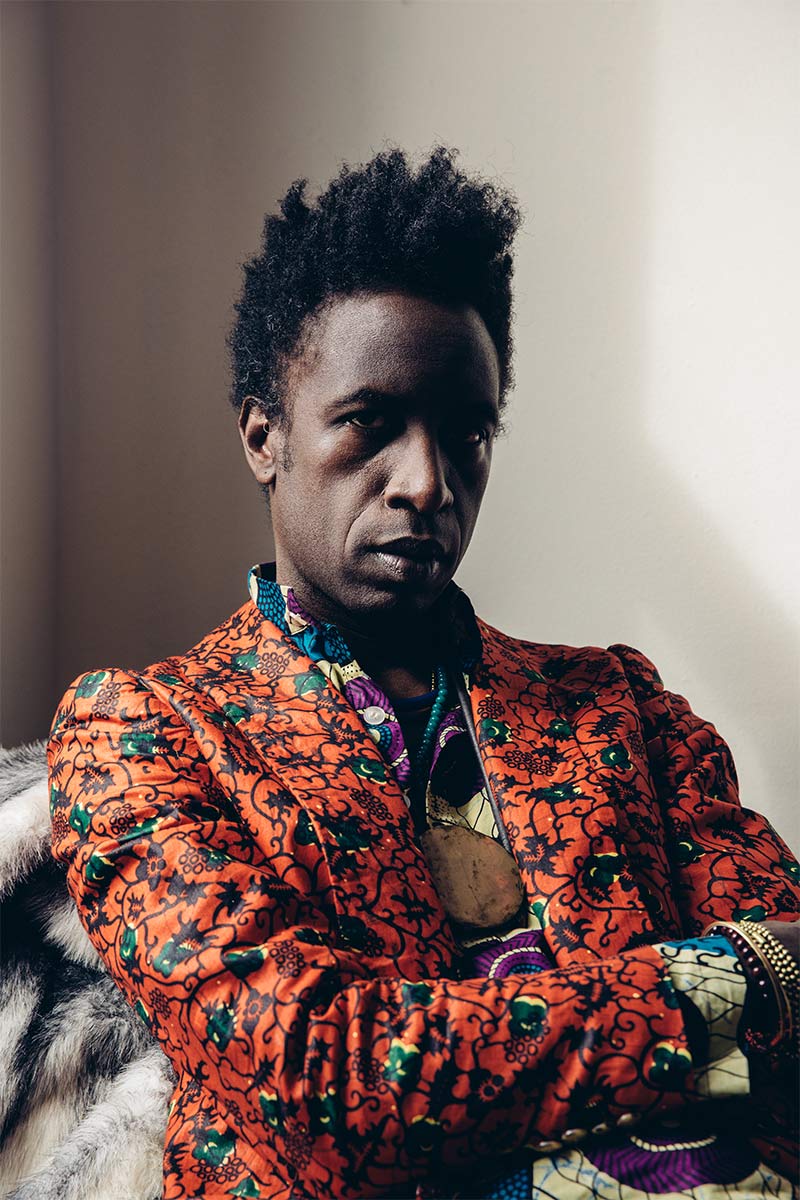 How did you decide that you wanted to be a director?

“MartyrLoserKing,” on a personal level, was about me challenging myself to accomplish some of the stuff creatively that I’ve always wanted to do and to write a full story with characters and to write a musical. The only way that I know that I’m going to be happy about how this thing is done is if I do it, so I didn’t really come up with dreams of wanting to direct, but I have engaged myself over the years to figure out how I’d be able to do this. It has so much to do with team building and surrounding yourself with wonderful experts in their own fields, so I’m working with a bunch of people that give me more and more confidence in the possibility of being able to execute this thing in accordance with the vision that I’ve had of it. 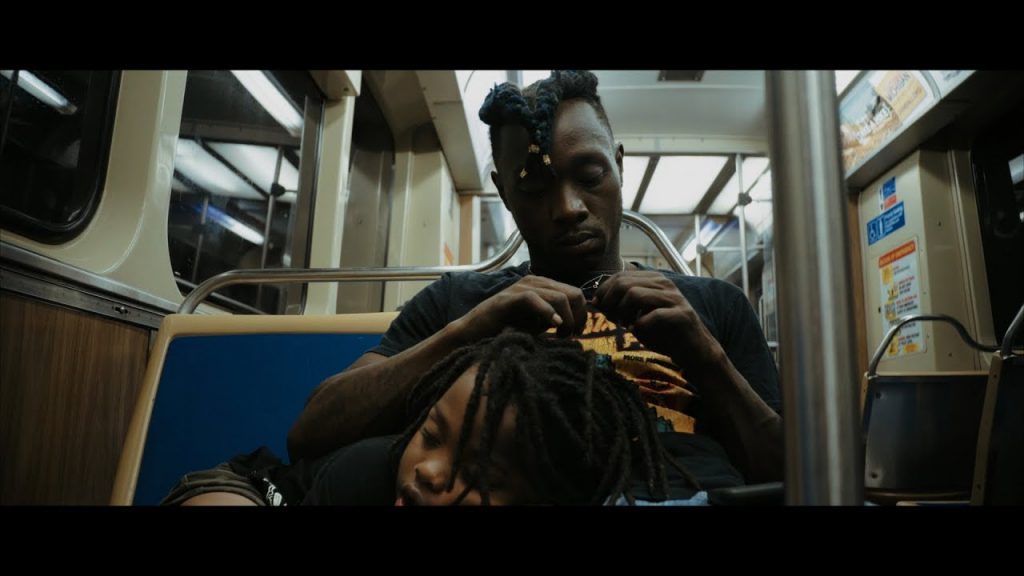 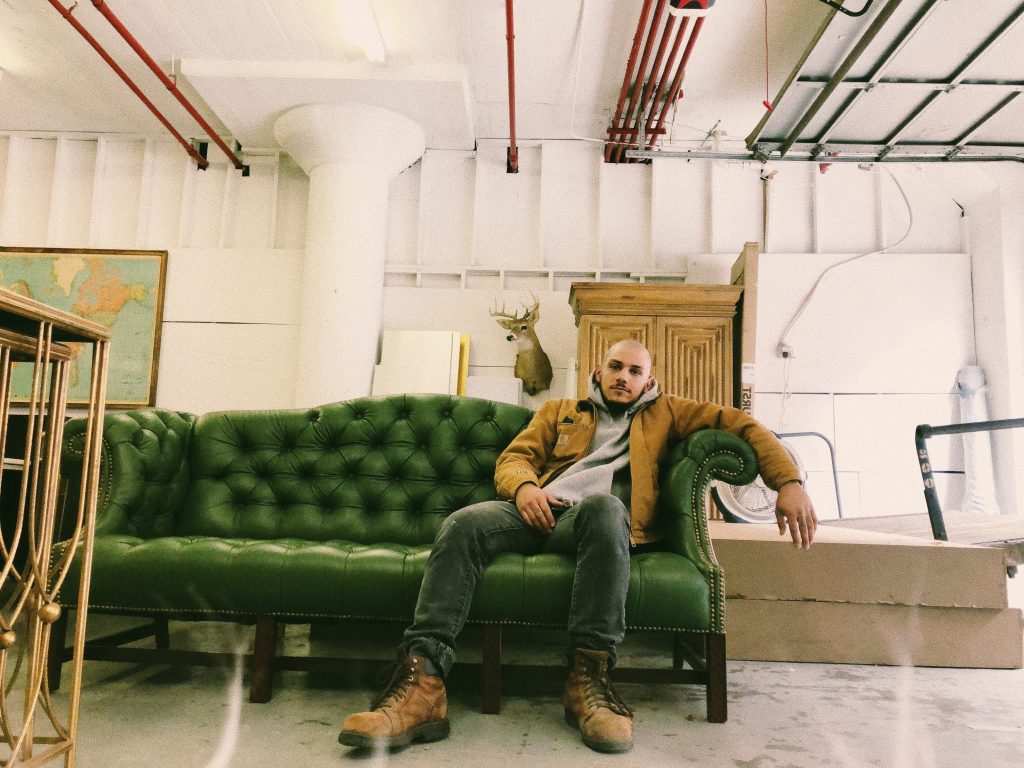