From her early years performing at church services to her current life of attending rallies, writing protest songs and uplifting the oppressed and underrepresented, Chicago-based singer/songwriter Rosalba Valdez has remained outspoken, passionate and connected to her community.

“She’s Living in Sanctuary,” Valdez’s most recent single, was written in solidarity with and support of undocumented immigrants, and was featured on our Poised To Beak Through playlist for September 2021. We discussed with Rosalba Valdez the inspiration behind the powerful track, her musical history and the importance of using your platform to uplift those who need it most.

What music do you most remember listening to growing up? Do you feel like it’s had an impact on the music you create today — and, if so, how?

Growing up, I listened to a variety of music. I grew up listening to my father practice songs he played with his band such as “Vestida de Color de Rosa” by Ramon Ayala. My mom would play Los Yonic’s while cleaning the house. I would listen to mainstream music that would play on stations like B96, 103.5 Kiss FM out of a Boom Box we had, before Spotify [or] Apple Music.

The variety of music I grew up with definitely has an impact on the music I’m creating today. All of it is so nostalgic and beautiful to me, that I hope to create music either similar or with notes blending my favorite different styles.

When did you begin playing the guitar and writing songs?

I began playing guitar when I was about five. I remember my dad would ask me to listen to the songs he needed to practice for his band and to write out the lyrics to the songs. At the same time, he introduced the guitar to me — and, given my high interest, started taking me for lessons pretty much anywhere they were being offered in my neighborhood. I was going to lessons and after school programs three or more times a week in Pilsen and sometimes traveling to Old Town School of [Folk] Music. I wrote my first song while in the first grade, while in class, but the teacher didn’t appreciate that and threw my lyrics away, haha! I didn’t write my next song until I was about 11 or 12, for an immigration reform campaign.

Do you feel playing music at church services from a young age has informed or influenced who you are as a musician today? If so, how or in what ways?

Playing music at church services definitely increased my confidence as a performer. I started out as the common shy kid in front of a microphone, but doing it consistently every Sunday helped me overcome any fear of performing in front of people. It also helped me understand that music is a way to connect with others, and also is so special that it makes any event that much better.

We saw you just performed at Ruido Fest! Tell us about that experience. What’s it like to perform in front of a festival audience?

It was absolutely amazing! What I like about music festivals is that I feel people really enjoy listening to live music and also artists they may not have heard of before. I feel like people are always looking for cool new music, and I hope those who listened to my set felt they were able to go home knowing a new artist if they hadn’t heard of me before. I really, really appreciate Ruido Fest for bringing a Latin festival to Chicago, for acknowledging our presence and the demand for it in the city!

When you think about performing live, is there a specific moment or instance which stands out to you as especially memorable? Describe it to us.

At first I wanted to say Ruido Fest, but, after thinking about it, it would definitely be my EP release party in November of 2019. It was the first time I put a ton of effort into not only the music to be released, but also band rehearsals, the organizing of the event itself, reaching out to other artists and vendors and all the logistics that went into it. During the performance was when I was really able to take it all in — in front of friends, family and community. It felt like the quinceañera I never had!

What is your favorite song to perform live?

Hmm. This is a hard question. It might be “Saluda Mi Bandera,” an original, since I feel it always gets people moving.

How has living in Chicago influenced your identity as a musician? In what ways has the city’s music scene made you feel accepted, or not accepted?

Living in Chicago has been a huge blessing that I think of often, especially with my parents being immigrants from Mexico. I feel I’ve been involved in the city’s music scene from a young age in different aspects, at first with my dad and our Regional Mexican group that played at birthday parties, baptisms and events of the sort. Then backing up other local acts that really helped me see how much talent and passion there is amongst so many in the city. I definitely feel accepted, and am so thankful for those that give new and young artists such as myself the opportunities to showcase our work. I do feel like there’s a great group of individuals who are constantly looking for new artists to support, which I think is so important and necessary.

Tell us a little bit about your single “She’s Living In Sanctuary.” What did you aim to convey through that song?

There were a few things that I touched on with my new song, “She’s Living in Sanctuary.” The main message is that we need immediate protection from deportation for all of our people living in the shadows and or fighting their deportation in the limelight. The song was inspired by two women from my church who took sanctuary at different points to avoid their deportation and separation from their families. Their courage and resilience is something to admire, but also learn from. A few other things that I tried to convey were a sense of empowerment for undocumented immigrants, many being natives to the Americas, as well as their warrior-ness and courage to fight for what’s right, to fight for their families. I tried to convey some sense of hope and liberation when fighting together in community.

Your music video for “She’s Living In Sanctuary” featured the Xóchitl-Quetzal Aztec Dance group. Tell us the story behind that collaboration — how did it come about, and why did you choose them specifically? What was it like dancing with them? How was the overall experience of incorporating a dance group into your video?

Having Xóchitl-Quetzal Aztec Dance group in my video was an absolute honor. A friend of mine actually dances with them, which is why I trusted them and thought of them specifically. When conversing with their leader, Hector, I actually learned that he had participated at a couple of rallies I was at when I was younger — in front of ICE headquarters in Chicago on Good Friday, where he played the role of Jesus holding the cross, as a representation of the undocumented community, while other individuals played the role of the Romans representing present-day ICE. All of that made it feel like it was simply meant to be, and everyone was really excited from the get-go about the project and so welcoming of me in their space. The actual day of filming was during sunrise, and most of us only got a couple of hours of sleep. Nobody complained, and everybody still seemed very excited to be there. I couldn’t ask for a better experience.

You mentioned in your Oct. 2020 interview with Domingos En Vocalo that part of being Mexican in the U.S. means being civically engaged and aware, and part of your identity as a musician is to “empower the little guy.” We also saw you’ve performed at several socio-political events, like rallies and protests for immigrant rights and the rights of BIPOC. How do you feel music can best uplift and empower “the little guy”?

I feel like through music we can make underrepresented groups heard, but also include meaningful calls to action. It’s a way to touch on taboo subjects, and I do believe social change can be made with it. Music is so powerful that it can help move and uplift people’s spirits. As a first-generation Mexicana in the US, growing up in Chicago and specifically in an activist environment, I feel a sense of responsibility for my neighbor, especially my Black and Brown neighbors who are purposely underrepresented and underserved in all areas of society at a systemic level. Because of how hard it is to create change at a systemic level, I feel everyone has a role to play, and given my passion for music, that is the way that I prefer to bring awareness to these issues.

What’s one piece of advice you would give to a younger version of yourself?

I was just thinking about this the other day. My biggest piece of advice would be to remember that everyone is the main character of their own movie!

Do you have anything new in the works fans should know about?

Yes! New music. Another song on immigration, as well as new music for next year. Genres are a little varied, from “Latin Pop” to Mariachi style. Something very special for Day of the Dead…! 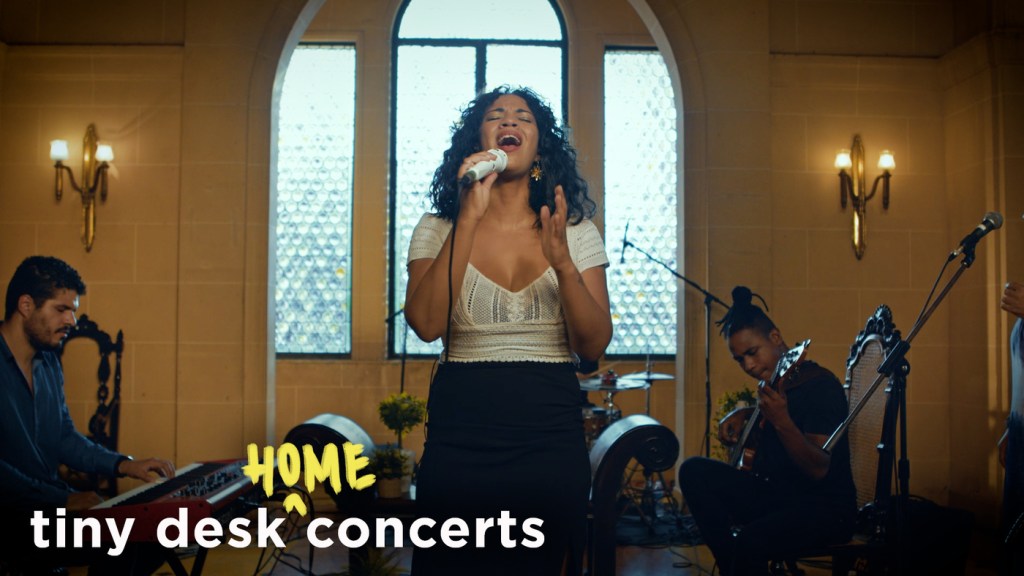 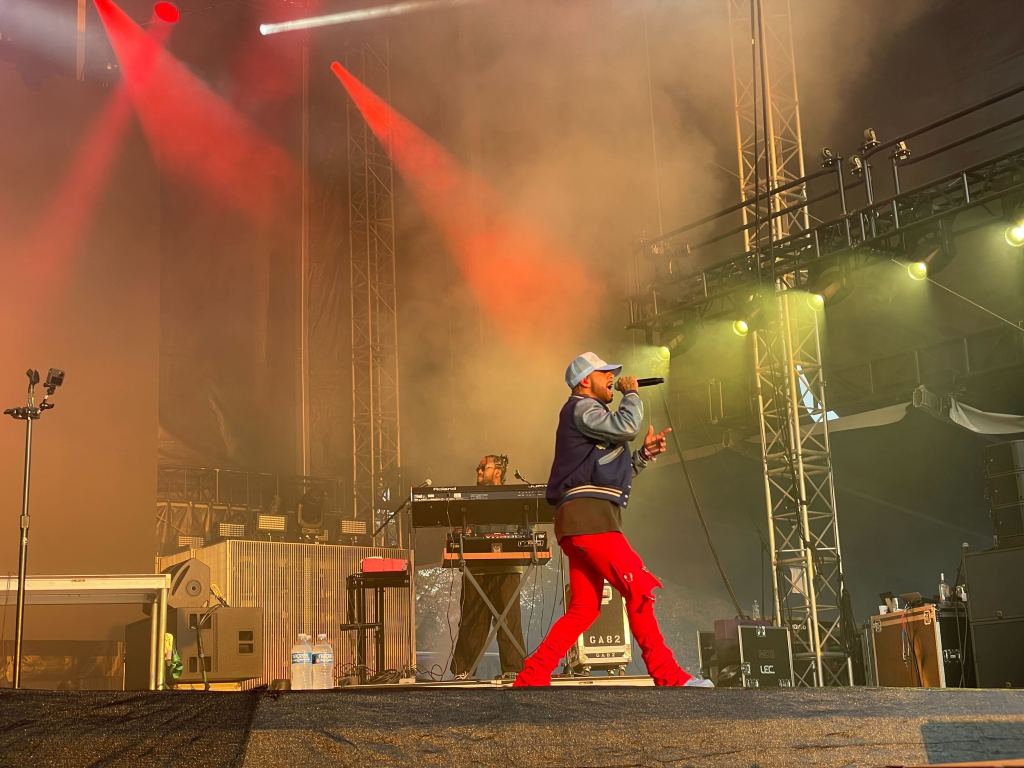