Rich Robbins soars over the city skyline amid paper airplanes and enormous red balloons on the cover of new album On The Horizon. In a similar way, Robbins seemingly floats around Chicago, sharing his myriad talents while cultivating a dynamic artistic community.

He’s been on our radar for a while now, but after his single “It’s Not Your Fault” was featured as one of Jill Hopkins’ favorite In Rotation tracks for July, we caught up with Rich Robbins again to talk about On The Horizon, poetry, his cat, houseplants, anime and so much more.

On The Horizon has a striking album cover. What were you trying to convey with that artwork, and how did the idea come to you?

Going into the process I knew the album cover had to be something that popped off the screen for all the quick scrollers out there. I wanted something that could catch the attention of the casual listener but also represented me. I’m a fan of the fantastical, and also a fan of things that make me feel nostalgic.

My good friend Steven Piper and I, along with an amazing crew, had a couple of shoots that involved sunsets. During that time Steven had this great idea to shoot by the lake, but the catch was I had to balance on one leg at the top of a ladder with three large balloons blowing in the wind. Luckily, I had some trustworthy people keeping me steady. Even before editing we knew we had something special. Then we teamed up with So A Ryu, who is an incredible illustrator, and she was able to take all my weird ideas and turn them into a collage of obscure images. I’m either floating away from or bringing this fantasy with me — that’s really up for the listener to decide. The cover gives Mary Poppins-meets-Hayao Miyazaki-meets-Acid Rap vibes. Honestly, I’ve never seen a cover like it.

If you had to pick a favorite song on the album, what would it be and why?

This question haunts me. They’re like my children. I more so have favorite moments. The voicemail notes weaved through songs always put me in the right headspace, the bass line in “It’s Not Your Fault,” which is iconic — shoutout Sam Kayiwa — and the drop in “Boys to Men” all come to mind. It seriously varies on my mood that day. What’s beautiful about the album is that it serves us something for every mood.

Do you have any hidden talents your fans don’t know about?

Most people don’t know that I mix all my own vocals. I taught myself through YouTube tutorials and then I never stopped. I even engineered for a handful of artists at one point. But it got overwhelming to mix other people’s projects on top of my own, so I had to cut back on doing it as a service. But yeah, I’ve mixed all my own music since the start. I’m also a really good swimmer. Been swimming in the deep end since I was 5.

What do you think makes your sound unique?

I like to think I have a good ear for balance. My sound is lyrical, conscious and poetic. But it’s also marketable with good songwriting, catchy choruses and some of the best instrumentals and beats out there. I gotta give a shoutout to the new collective MurMurMurMur — Nate France, Emlyn Oliver and Ada Magdalena — who were all over OTH’s production and really helped me explore my “sound.”

I’m somewhere between the realms of underground and pop. And I’ve got the taste of Chicago on top of that. It’s hard to come by all of that in one package.

What do you feel is the power in poetry?

I’ve seen poetry save teenagers’ lives. I’ve seen poetry bring my family together. I’ve seen poetry heal us from trauma. Poetry is what happens when we take all of the unfiltered experiences we’ve lived and give them the vessel of a page, words and intention. I really feel like good music is just good poetry. And poetry isn’t just words. The feeling a trumpet gives you or the grumble an 808 makes in a car can be poetry too.

“Poetry is what happens when we take all of the unfiltered experiences we’ve lived and give them the vessel of a page, words and intention.”

Who do you dream of collaborating with?

Right now I’d love to go bar-for-bar on a song with Cordae. I feel like he and I write about similar topics when it comes to race, mental health and the occasional flex. I also would love to write a song with H.E.R. I was listening to her a few weeks ago and just really appreciated her songwriting. And I’m just gonna manifest this collab, but working with Smino would be super decent. I don’t know what kind of song Rich Robbins x Smino sounds like but it’s one I’d like to hear.

You seem to have a vibrant assortment of houseplants, judging from your Instagram. Do you have a favorite — and, if so, why is it your favorite?

Ha! I’m a new plant dad so I don’t remember what they’re all called. But I’ve got this one that’s got these pinkish stems that grow into bright green leaves. That plant can go anywhere in the crib and lighten up the space. It usually sits next to my speakers. It must be helping me write because I’ve written some of my best stuff since getting it. Plants also help with meditation, which is a huge part of my process.

Tell us about your cat, Luffy.

I’m convinced Luffy, pronounced Loo-fee, is a manifestation of my spirit. He’s like my Pikachu, or like my Pu, for any YuYu Hakusho fans. I was never a cat person. My grandma’s cats tore me up when I was little. But Luffy isn’t really a cat. He’s an angel inside a cat’s body. You know that cliche, “He wouldn’t hurt a fly”? The other day there was a fly in my condo and Luffy tried to befriend it. I don’t think he knows he can hurt things. As you can imagine, living with that kind of energy is good for the soul. I’m still not a cat person, but I’m a Luffy person. He’s also named after my favorite anime character from One Piece, Monkey D. Luffy.

On your Instagram you’ve been doing a series called “Sun Lamp Raps” featuring freestyles and freewrites. What inspired you to start these, and how have they affected your music or songwriting?

I started the Sun Lamp Raps for two reasons: firstly, I wanted to increase my social media presence and secondly I wanted an outlet to showcase my skills without having to put out album-quality songs. I spend so much time crafting and arranging tracks. Sometimes it’s nice to just have a beat, usually to a song I’m a fan of, and just flow. They’re kind of a way to remind people that I’m a poet at heart who just so happens to be able to arrange songs really well. Maybe one day an artist whose beat I use will notice. Maybe I’ll put them all on a project and call it a mixtape. That’d be a cool nod to Lil Wayne’s Dedication mixtapes. For now, I’m just going to keep at them because more people are noticing. My delivery on them is very conversational because it really is just me talking with whoever will listen. That conversational flow has definitely creeped into my recording process.

What were your favorite things to watch on TV over the past year?

I really vibe with shows that have strong character development and a good moral dilemma. There’s gotta be some depth in the script, too. When it comes to dramas, The Morning Show and Snowfall are great. When it comes to anime, Jujutsu Kaisen and Castlevania are dope, and when it comes to Marvel, ‘cuz I’m a big MCU fan, Loki and WandaVision are hits. I have show recs for days.

You once tweeted that your dream is to create an anime. What would happen in your anime, and who would be the main characters?

I’m going to put this in writing now so if anyone tries to steal it, you heard it on Vocalo first. I have this idea for an anime called “One-Minute Hunter Slayer.” It’s about a war-torn protagonist who has never been in a fight lasting longer than one minute. He’d be a seasoned veteran on a journey to find peace despite his violent history, so it’s a story of redemption and forgiveness. It’d be a futuristic Western with swords and the occasional high-tech weaponry. There’d be a lot of Black characters with scars and raw names. If The Boondocks and Cowboy Bebop and Samurai Jack had a baby, this would be that baby’s grandchild. There’d be a hip-hop soundtrack to the whole thing, of course. I imagine it’d be a show I would have watched on Adult Swim when I was growing up.

What has your community meant for you and how are you giving back?

Community means everything. I’m so lucky to be in a city that isn’t backed by labels, but instead backed by grassroots community leaders who are simultaneously amazing artists. My community extends from my family to my students I teach to the people I collaborate with in the studio. One way I give back is through my open mic, Respect the Mic. I host it every last Thursday of the month at Positive Space Studios in Logan Square. Before the pandemic, that space was a great way to meet artists and community members and the network that was being built was so influential to everyone who came into the room. I’m excited that we’re bringing it back. So if you’re ever around the last Thursday of the month, come check us out at 3520 W Fullerton!

Other than On The Horizon, do you have anything in the works listeners should know about?

I’ve got a handful of features on other people’s songs that I’m excited for. It’ll be cool for people to hear my sound in someone else’s vision. Some of the features are with artists, bands and producers you definitely would not expect, so that’s cool. I also have some shows coming up, so get ready to hear OTH live. I’m practicing with some new equipment that will take the live shows to another level. And, of course, I’m writing new material. I’ve got one song in particular that I’m itching to continue workshopping. We’ll see if it makes it on to a future project or if I put it out as a single. Either way, I’m excited for people to hear how the Sun Lamp Raps and the album are influencing the music I’m currently making. All exciting things! 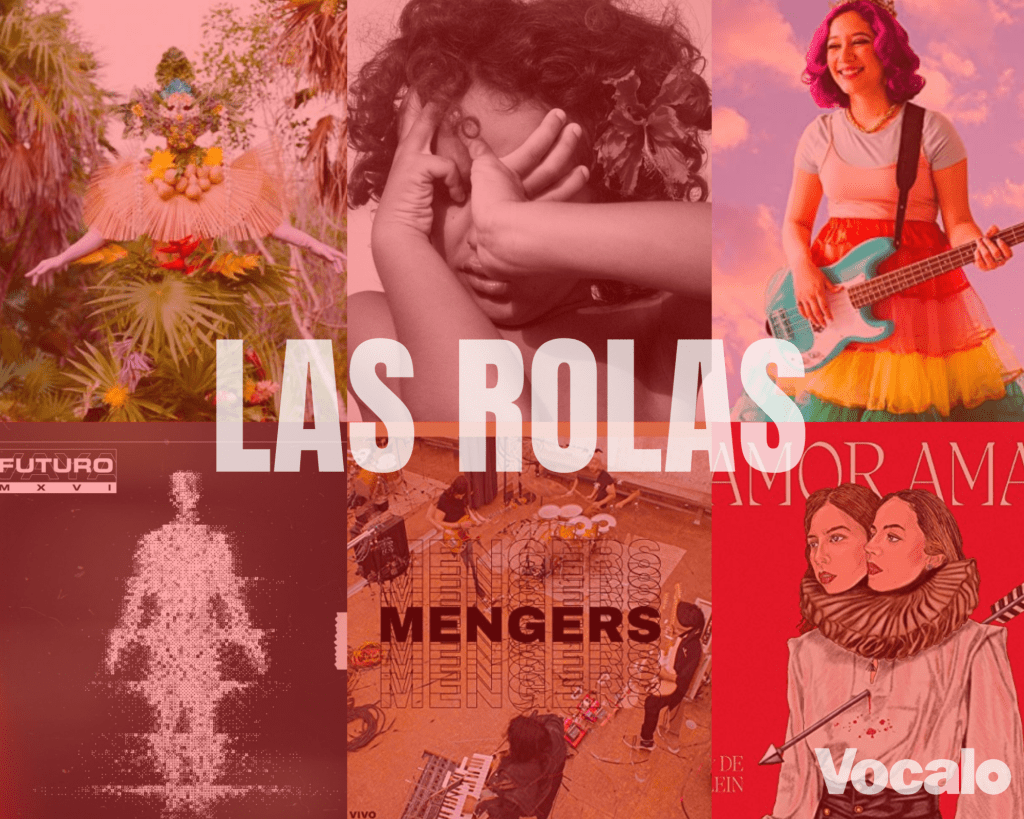 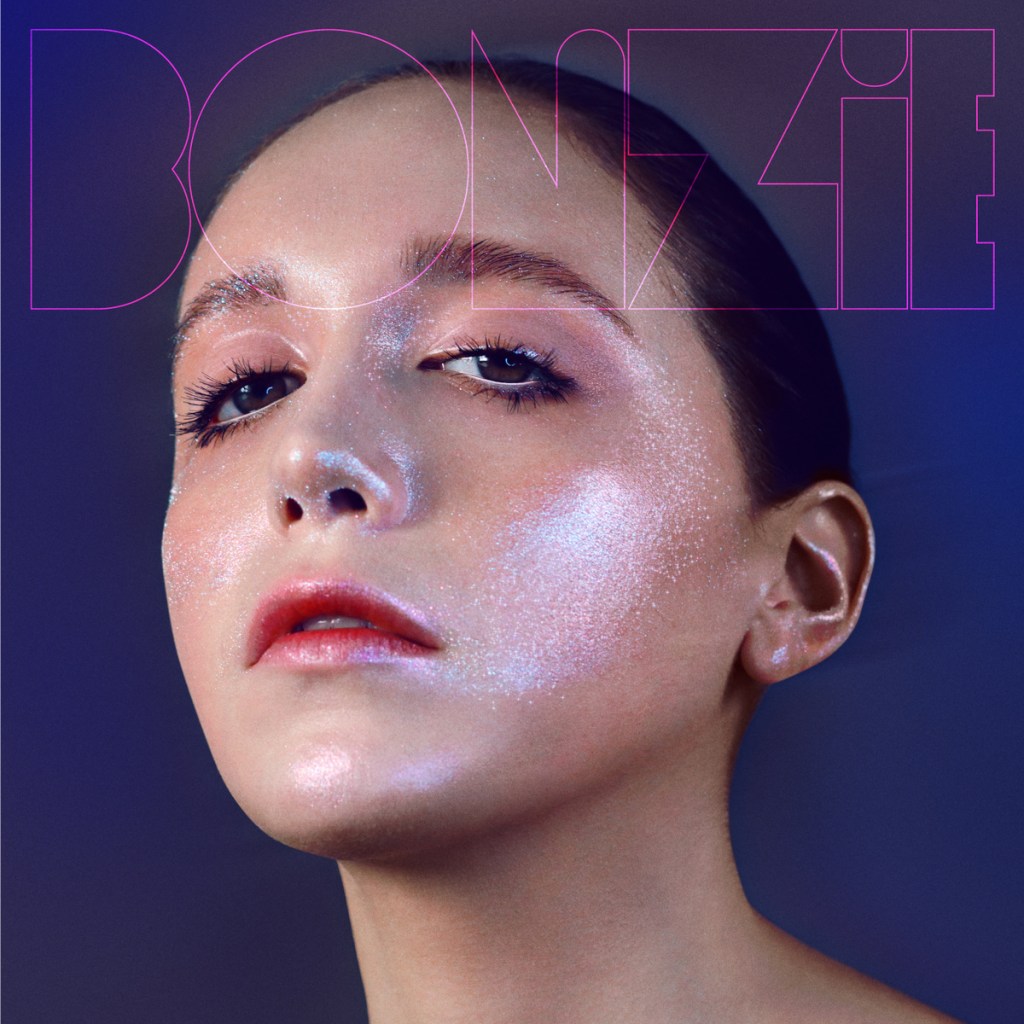