A singer since she was three years old, Chicago-based artist Rashida Briana has a voice to be reckoned with.

We chatted with the singer about her songwriting history, places of inspiration, dream collaborations and much more.

In your bio sent to Vocalo you noted that you came from a very musical family. Which of your family members played music, and how did they support your musical interests?

So actually, the majority of my family either sings or plays an instrument. My uncle plays bass guitar, my cousins are drummers and guitar players as well. My mom was a choir director and singer for many years; most of us sing. My family definitely supported my musical interests by making sure I was in many different ensembles, groups, choirs throughout the years. They came to every performance and always supported me. My brother is actually my manager, so my family is really involved in my career.

You also started singing when you were three years old. When did you start writing songs? How has your singing and songwriting progressed over the years?

I started writing songs when I was 10 years old. My first song was called “Boy Magnet.” I’m sure my brother would love to share that story! I took a songwriting class in college and also studied some of my favorite artists and songwriters to figure out how they tell stories through music. I’ve been taking vocal lessons as well to improve my instrument and reach my fullest potential, so I think everything is progressing tremendously.

Where do you usually find inspiration for the songs you write?

I usually find inspiration from my own life or my friends’ lives to write about. Sometimes I also just think of random situations, or just life in general when writing. I’ll start with a topic or a specific perspective and figure out how to tell that story.

How has being from Chicago shaped your identity as a musician? What have you learned from the local music scene?

Chicago has taught me to be honest and open with my music and my performances. We tend to see through people who aren’t being real with themselves, so that’s something I want to carry with my music, just pure honesty and transparency.

On your Instagram, you covered “I Apologize” by Anita Baker. What effect has that era of ’90s R&B music had on you? How has it impacted the music you write, if at all?

That era of ’90s R&B has had a huge impact on me as a person and an artist. I think that era of R&B was really heartfelt and gave you something to look forward to and feel. I really enjoy listening to vocalists change their voices and compliment the beat — just creating an experience for the listener. It’s made me want to do the same thing with my music. I want people to feel like they’re experiencing something and feel whatever I felt when I wrote and sang that record.

What’s one album you’ve had on repeat lately, and why?

Ah man, there’s so many. Most recently I’ve had Sevyn Streeter’s album Drunken Wordz Sober Thoughtz on repeat. Sevyn is literally a gem. Her pen game is crazy and she’s just an amazing artist. This album is so well put-together and stays true to the theme of the project, in addition to sounding amazing. I love it. It gives us a mix of modern R&B with some ’90s, so it’s a win for me.

Do you have any artists you dream of collaborating with?

Tell us about your debut single “Baby You.” What was the songwriting process like for that song? How does it feel now that it’s been released?

So “Baby You” was actually written about six or seven years ago. I honestly just wrote what I felt and what I was thinking at that time. It was more like a letter that I was writing to him about where we stand and being honest about my own feelings. Now that it’s out, I feel like a burden has been lifted off my shoulders because it took so long for everything to come together. I’m definitely excited. “Baby You” dropping helped me prove something to myself that I needed to see.

Outside of music, what activities do you find yourself gravitating toward the most?

I love to paint and create things in general. I’m getting into making rugs and flower walls, too. I try to stay fit, so the gym is a must for me!

What can fans expect from you in the future?

Fans can expect more music of course, visuals and my honesty. I plan to capture this moment in time through my art and hopefully inspire someone else or even make them feel something. That’s what’s most important to me.

From The Vault: You Can Swipe Right On Victor Internet (2020) In Any Medium, Pugs Atomz Explores Culture, History And Life 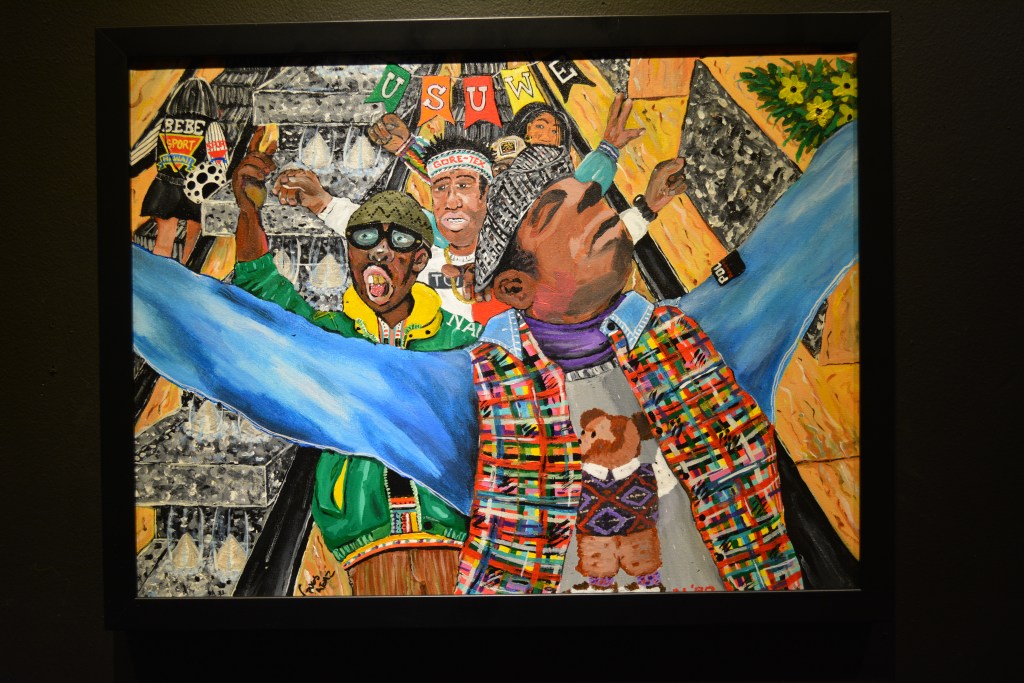