Rapsody is Hip-Hop to the Core 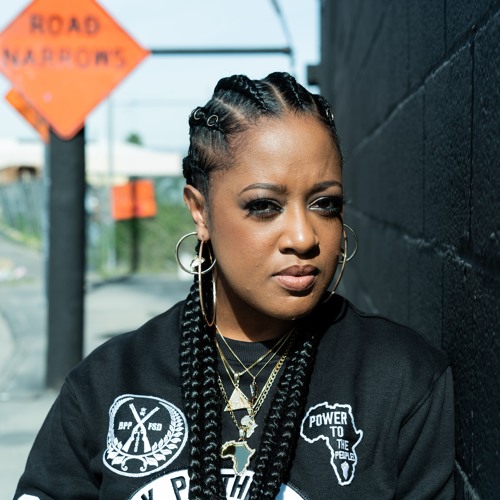 North Carolina bred and raised Rapsody is every MC’s MC.

Hip-hop to the core, Rapsody is an acclaimed lyricist and a powerful outspoken voice for women and black culture. On her new album, Eve, she takes that ethos to the next level.

Each of the 16 tracks on the album is titled after a Black woman, be it an artist, an athlete or a mother, who’ve been a major influence on Rapsody as an artist and a person. The new album triumphantly celebrates the long line of contributions that Black women have made to the culture.

We caught up with Rapsody to hear more about the influences on her new album, her writing process and the history of women in hip-hop culture … 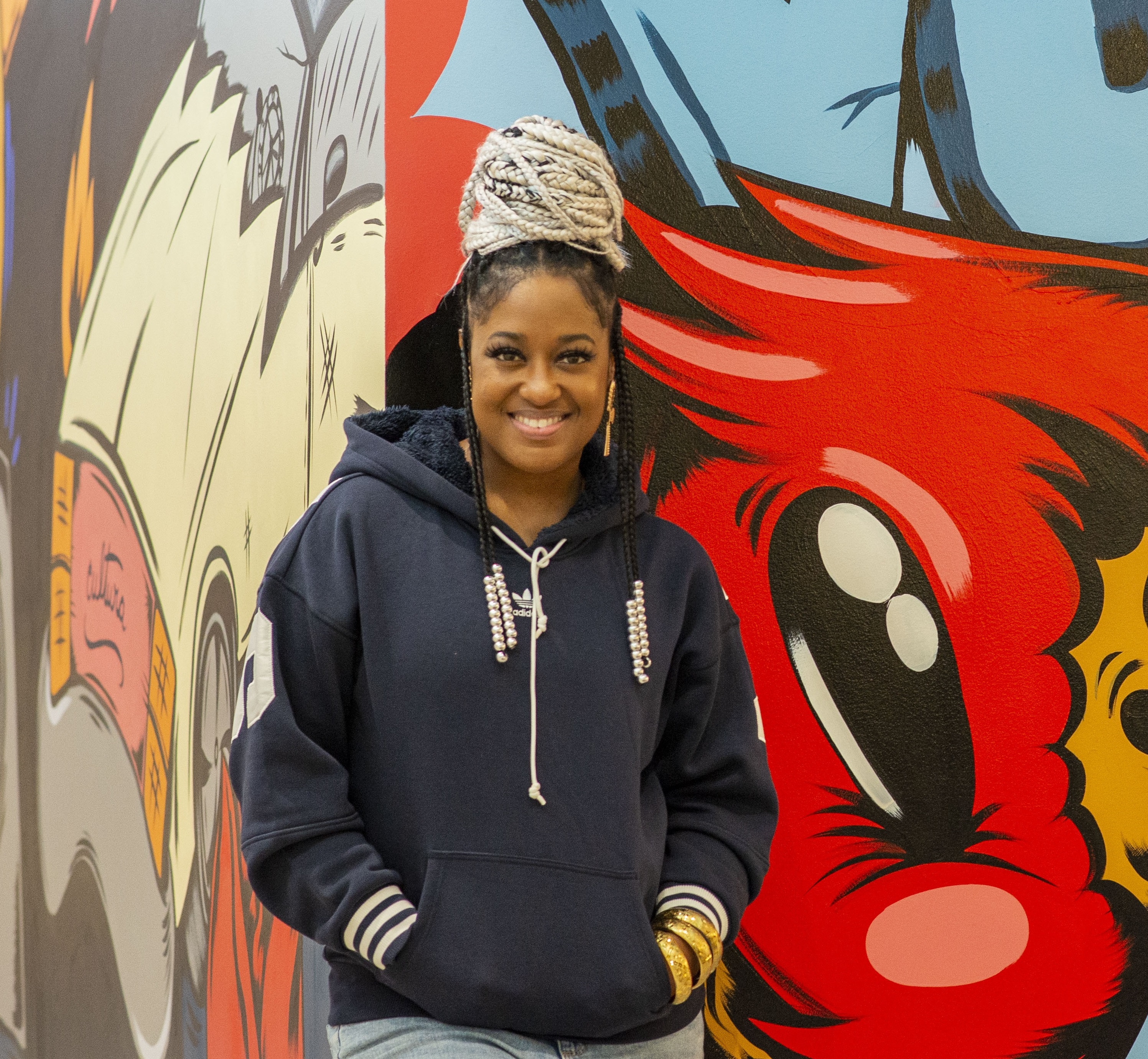 Jill Hopkins: I want to start with something that Rolling Stone said about you in their review of Eve. They said that you are no longer obsessed with proving your worth and that you’ve found your voice.

Is that a fair thing to say? I’ve been hearing your voice this whole time and, to me, it did not feel as though you were looking for it.

Rapsody: I would say early in my career, I was trying to be validated when I didn’t need to be validated by anybody. It’s about the people you touch, and the people have always been the most important thing to me. So I just reached a point where I stopped chasing the things that I didn’t need to chase because my path is not supposed to be like every other artist. I realized that my way through this business and this industry is going to be completely different than it was for other artists. It’s all about the music and inspiring and connecting with people. 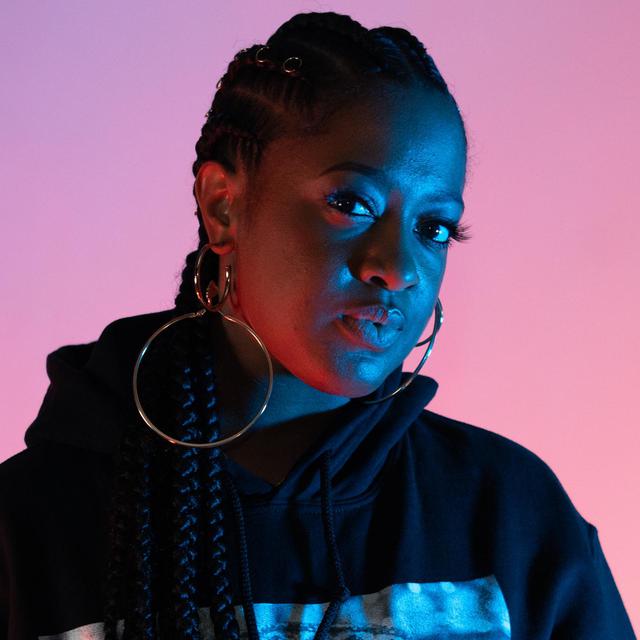 Every track on Eve is named after a different powerhouse of a woman. There’s 16 stars, but I don’t imagine that there are only 16 women that you admire. What is it about these particular icons that made you want to honor them in this way?

Honestly, it all came down to sonics and the storytelling. I originally did about 40 songs as 40 different women, and there was some that, in the beginning, I was like, “I gotta have this one.”

It wasn’t about what I wanted and who I had to have because I knew that I could represent them in my own way. I wanted to do something that felt and sounded good, and I said everything I wanted to say about black women, no matter whose name I use in a song. The 16 songs are the ones that we ended up with, and those are the women that record-made-it.

I want to talk about the song “Hatshepsut.” On it, you talk about Black women’s potential greatness, and saying that being a queen has so much more to do with what you do and how you live and not who your daddy is or what have you …

How did you learn that lesson for yourself?

I was raised in a small village of Black women, from my mom to her sister, to my aunts and my older sisters. My mom always took me to the library, so I fell in love with words. I got into Nikki Giovanni and Maya Angelou. I read their poetry; I watched The Cosby Show; I know what Phylicia Rashad meant to us. I watched A Different World, Lisa Bonet, Jasmine Guy, there was something in all these things artistically and in my home that were representations for me of what a queen and a black woman was and is. That’s where I got it from.

And again, the music from Lauryn Hill, to Queen Latifah, to MC Lyte, to 2 Pac’s “Keep Your Head Up” I got that growing up, and that’s what influenced me and made me this strong person that I am. 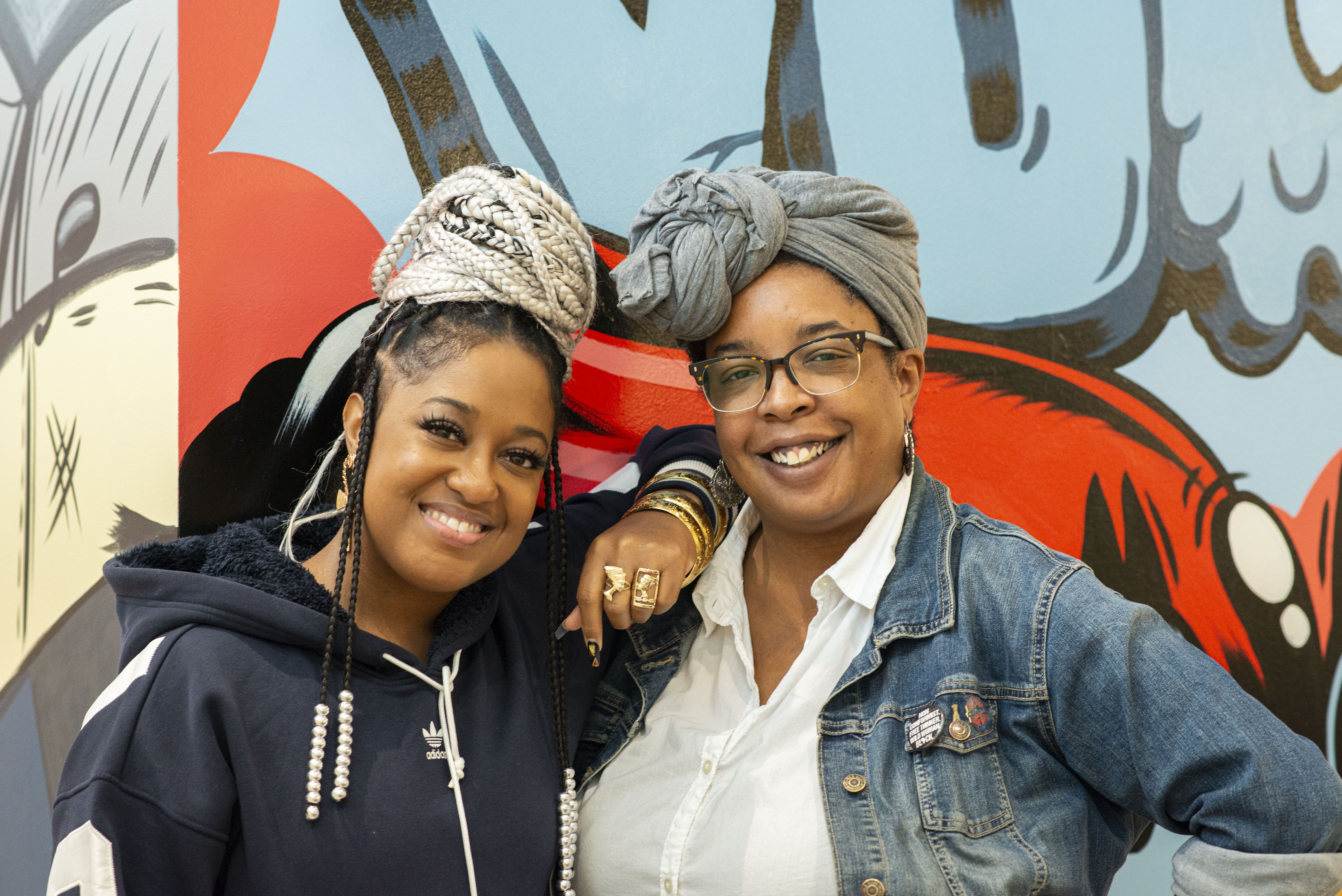 Cardi made some points this week about women in rap, and how labels have historically treated y’all. You can only have one female MC at a time, not as many resources are poured into promoting…

Did you find that to be true earlier in your career? Is it better for you now?

There was a time when women flourished in the ’90s. We had so many: Queen, Roxanne Shanté, Missy Elliott, Charli Baltimore, Salt-N-Pepa, you can go on and on. But then there was a time I want to say the late 90s, early 00s, when women’s role in hip-hop turned a 360. We just were portrayed as video vixens and trophies in videos.

We weren’t represented in the way that I know us to be represented and what the culture knew to represent us. In the music business, women were just something for people to drool all over, in the same way they sell cigarettes with sex and women.

So she’s right. People didn’t see our value in the culture, or that we were profitable, and that our stories mattered, and that we were talented. That was hard for me, especially being an artist who wasn’t sexy in the way that the industry portrays sexy, because sexy to me is just different. I don’t make “poppy” songs. I’m hip-hop to the core. So for me to even break that mold was ten times harder. So Cardi is 100% on about how hard it was.

What’s dope about her is that when she came up and achieved success, she brought people with her. Her success has reminded people that we are valuable, that we are profitable, that we do have stories to tell and that people want to listen to us. Now what I think makes it even easier is that we all support each other, and that’s dope.

What’s your favorite part about being a Black woman?

It’s so much! One thing I love is our strength, that no matter what’s thrown at us and how tiring it gets, we never give up. We are always the glue and the strength and the backbone of the world, not just our home. We’re just a strong people. I love the love that we have. We are very loving people. It makes me think about where we came from in Africa and how it was about community.

Despite the 400 years of slavery, those things never left us, you know, the circle in a community of life, and what we represent even spiritually. There’s just so much beauty in Black culture, in Blackness. On a lighter note, I love how we can take on whatever obstacle and find light in it at the end of the day. We can just laugh, and that’s beautiful. 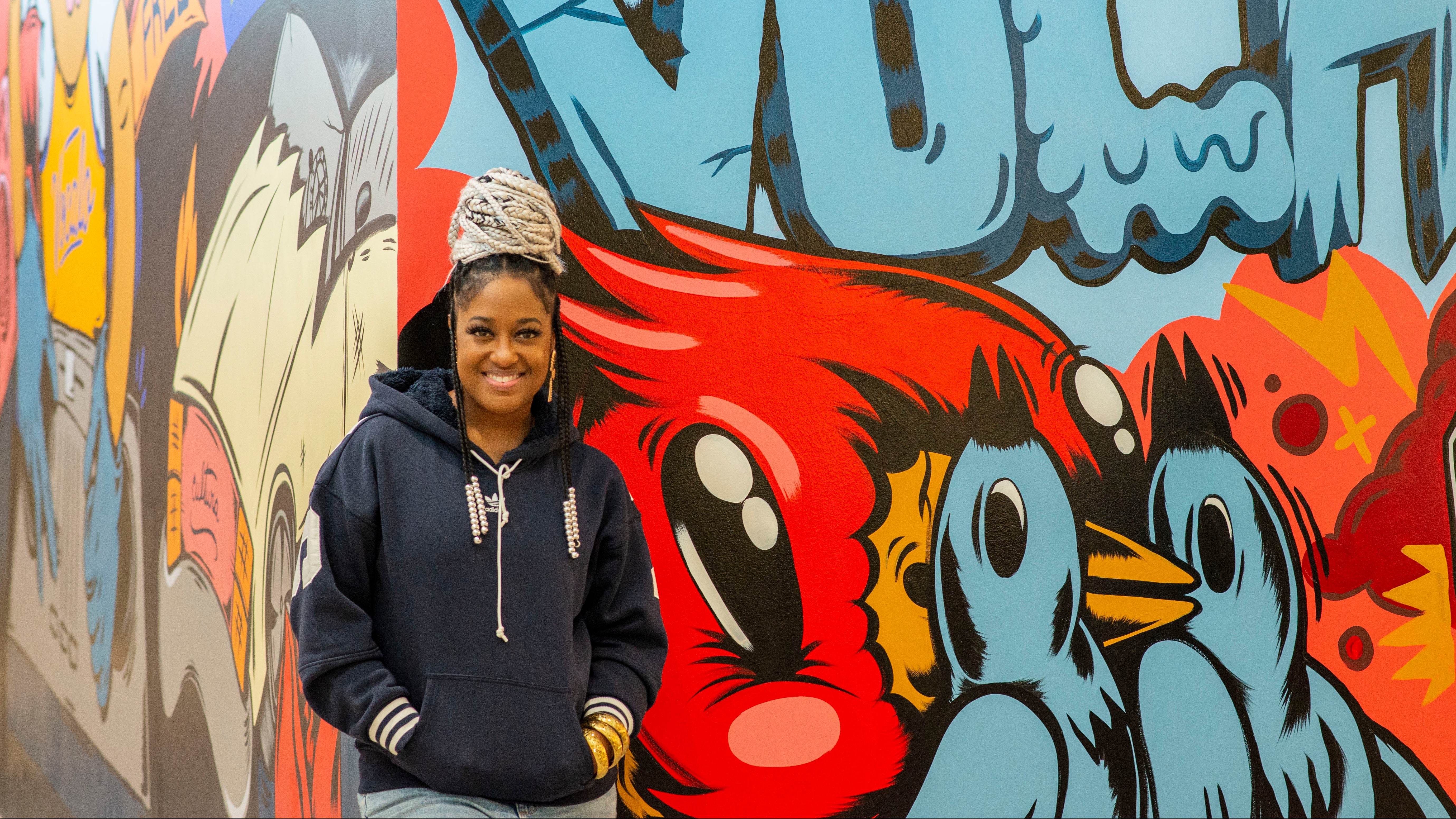 Additional Photography Courtesy of the Artist

P.O.S and Sims of Doomtree Make Bangers as Shredders 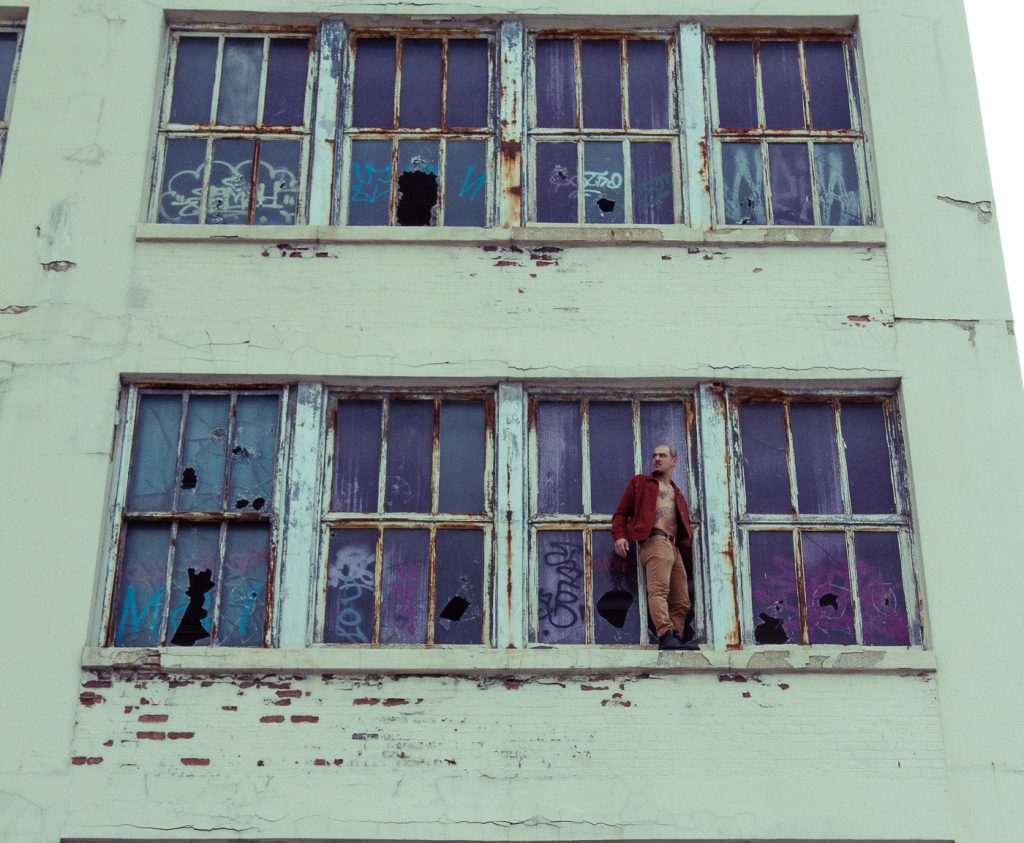