NH: I know you said before that the studio is pure, and the stage is where you’re present, right? Something like that. And I did have a question because I went to a Summer Walker show, I don’t know if you listen to Summer, any Summer songs. On stage, she’s like, “I know y’all want to hear some of these songs, but they hurt me to perform.” Did you ever feel that way with your songs?

JR: Yeah. Well, you know what’s nice? Is getting to the point where they don’t hurt anymore. That’s what’s nice. It sucks when it hurts. But, my God, does it ever feel vindicating. You feel vindicated, but you just feel like you’ve just been able to climb a mountain, finally, like something doesn’t hurt. It’s just so lit. It’s such a nice place to be in. And, on the other side of it, what’s wild is that, when they hurt, where you’ve been able to see some success, that means that people are singing it back to you.

That’s a whole nother beast, because then, even if it hurts inside so bad and you’re on the verge of tears, and you’re trying to keep your throat relaxed so that your vocal cords don’t start to constrict and fuck up your melody, and you’re just a mess. It just hurts and you’re trying not to cry. And then all of a sudden, all this pain is immediately contrasted with what’s on the outside. And it’s these beautiful people singing back to you with smiles on their faces. So present, just so much love in the room, and so much support. And so having that, it’s… just this glass, and having both truths exist at the same time so loudly and so potently is a cosmic joke and a cosmic blessing and just a wild experience. Because then you end up… crying, but you’re crying for two reasons at once.

NH: I was gonna say, I feel like this is definitely, for everyone listening, this is some like 30+ wisdom. And I love listening to artists in their 30s, because you’ve lived. You’ve gone through some stuff… you’ve gone through the valleys, the peaks, the ups and downs. You’ve kind of made it, and you’re really mature. And so you could speak about things differently and I feel like your perspective changes, because you’ve been through so much more than… I’m sure you look back at your work when you were in your mid 20s or early 20s. And you’re like, “Wow, I’ve been through so much more stuff since then.”

And one day, he put my song on the radio, and that was within the year of me making that deal with God, that sacrifice.

NH: Yeah, a lot of us don’t listen. When people give us advice, we’re like, “Okay, it’s not that I don’t believe you. But I just need to get hurt on my own. I need to find out the hard way, on my own.” So, of course, your new album, YESSIE, I feel like, especially during Hispanic Heritage Month and things like that, I feel like everyone wrote about you. Everyone’s writing about this album, everyone’s talking about possible Grammy talk… and you’ve been nominated for a Grammy before. Would it mean a lot to you to get an award like that? …Because you seem so chill. You seem like, “Oh, if I get it, I get it. If I don’t, it’s all good.”

JR: No, I want to win. I want to win, and I want to win more so just… there’s a list of goals that I have. Honestly, I used to smoke a lot of weed, a long time ago, and I had a friend trying to join me at the time. And he was also born-again Christian, at the same moment. And he had made a decision that he was going to sacrifice: no weed, no drinking, no sex. He’s just gonna abstain from a lot, and do that until he… and I was like, “Wow, that’s so inspiring.” He inspired me… and I thought about it, and I was like, “Well, if music means so much to you, then maybe you can use that.”

So I spoke to God, and I made a deal with this guy. And I said, “I’m not gonna smoke weed until I hear my song on the radio,” that year. And it wasn’t even like a… as an artist, you understand everything that’s behind you — or, you’re in the industry. There’s marketing, you have to service a song to radio, you have to service it to DSPs….

This was a long time ago. At the time, I was bartending and I had no management, no label, no nothing. Barely anything. And I was busking on the street, was my extent of live shows, and I had met this DJ at the bar that I worked at, and this DJ also went live to air. And so we ended up linking, and we made music at the studio. And one day, he put my song on the radio, and that was within the year of me making that deal with God, that sacrifice.

NH: Are you gonna do it at the Grammys, like in the Grammy bathroom? You’re just like, “This is for me!” [Laughs]

NH: And… I read that you, you’ve talked about your parents so much, and that they’d listen to cumbia and salsa. When you were growing up, did you appreciate that music? Because I feel like, for me growing up, my grandma would bump Aventura when she was dropping me off at school. And I’m like, “Yo… can we just turn this down a little?” And then now I bump it for myself. So I feel like as you get older, you embrace certain things. Was that the same for you? Or have you always embraced the music that your parents played?

What I didn’t appreciate was the food. I was a little shithead, I can’t believe that I had the audacity to be like, “No quiero… no quiero de leche…” To even think that I once felt that, because you wanted McDonald’s because you were so damn brainwashed thinking was really good, and it’s Western. But North American alternatives to a nice home-cooked Colombian meal, that’s what I came to appreciate when I was older, to be like, “Well, my mom’s cooking is a 10 out of 10! What was I thinking?”

NH: And I love — again, I feel like this is a 30+ thing — as you get older, you appreciate your parents. I actually just had this conversation where I was like, I actually had my dad do the number, I’m like, “How much would it take to retire you guys?” And he gave me like six to eight grand… I literally sat down with him, and he got out a calculator and started calculating stuff. Because I eventually do want to retire them soon.

NH: And so when I heard that you retired your parents, I thought it was so funny, because you said that they were low-key still trying to work behind your back. Like they were against it!

NH: No, my parents are ready. They’re like say less, say when and we will quit on the spot. They are so ready.

NH: Oh, thank you. How did that feel to be able to do that for them?

JR: Happy, but it’s still not enough. Happy but still not enough. Because I was a dick. I was very different when I was younger. And yeah, sure, everybody is. But, me and my parents, it was a turbulent time. And just a lot of drama, very turbulent time. And I had my head up my ass. My maturity level was drastic. And when I got through my first depression, and I got my head up out of the fucking sand and looked around, they were the only people there. So I think that that’s the first time, it was around 19, 20s, when I was just finally like, “Oh, God. These are your riders. This is treating them like shit, and it’s unconditional.”

And what’s even crazier is that the more I’ve lived, the more I’ve realized that that’s not even close to the norm. So many people don’t even have damn near… so many people don’t have two, much less one that shows unconditional love. So I just am aware of how lucky I am. And I wasn’t aware then, and it took me a long time. So I feel happy that I’ve been able to do it, but I still very much feel like… I don’t know. I still, if I drink too much, I’ll start apologizing to my mom for shit I did 20 [years ago]. 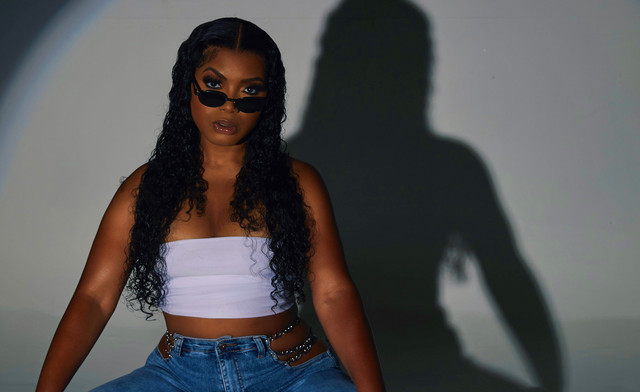