Written by Vocalo Radio on September 9, 2021

Whether through self-produced R&B ballads or countless production projects for Chicago mainstays, singer and producer Noah Sims makes his mark on the city’s music scene.

After starting out as a high school drummer taking lessons from his dad at Old Town School of Folk Music, Noah Sims has dabbled in music all over the (sound)board — from synths to vocals to production and back again. Creative exploration led him to aid in production for artists all over the Chicago music scene, including Taylor Bennett, Supa Bwe, Kaina and more, and ultimately landed his 2019 single “Theatrics” on the NBA 2K21 video game soundtrack.

Give us a brief rundown of when you first became interested in making music.

Growing up, I always had an interest in music. I remember whistling out melodies I came up with, tapping on desks at school and singing songs to the music my parents played around the house. The age I first started to think about doing it seriously was my freshman year of high school. My dad is a drummer and also a teacher at Old Town School of Folk Music, and I started taking lessons with him there. My first gig was the summer after that, playing drums with a band that didn’t last long. But I loved the experience, and things grew from there.

When did you get introduced to digital workstation Ableton?

Two years into playing drums I had the opportunity to spend a month in New York with a summer program that was centered around high schoolers learning about the music industry. We stayed at the 92nd Street Y and visited different studios, record labels, and music academies. One of our stops was at Dubspot New York where they gave us a lesson on Ableton and handed out 30-day demos. I grabbed a few extra copies and spent the fall and winter using the free version of the program before getting the full version at the end of that year.

We also visited Scratch Academy on that trip, and when they opened here in Chicago I joined as the first private lesson student. Over the full graduation program I took lessons from Toadstyle, Boi Jeanius, Big Once, Zebo and others, and I’m grateful to this day for what those guys did for me and a whole community of others here in the city.

How did you shift from being a drummer to a producer? Did you have experience producing music beforehand, or were you pretty new to it at the time?

After that summer in New York, I fell in love with making music. The drums were difficult to practice at home, but I could get on my laptop any time I wanted to. I spent hours and hours collecting drum kits and samples, trying new synths, learning how to structure a song and getting down the basics of playing keys. Meanwhile, I was finding new music for DJ sets and ultimately exploring my creativity in ways I hadn’t before. I had messed around with GarageBand before, but that junior year of high school was when I really dove into the process and dedicated my time to those two practices.

Do you prefer producing music, often for others, or making your own music? What are pros and cons to both?

Making music on my own has led to so much self-discovery. I cherish the experience of sitting down and creating something from scratch. In those moments, I feel like myself in a way that nothing else has ever been able to replicate. With that said, getting into that flow state with another person during collaboration can be electric, and it’s powerful to see what comes of it. Lately, I prefer collaboration to bring a song to its full potential — but I have tons of demos that I’ve started on my own.

Who is one artist you were particularly excited to produce music for?

It’s really tough to pick one artist, but the first project I worked on was a collaboration tape and I felt that excitement for all the artists included. The project was called Testament, which you can find on SoundCloud. It was a project with Chicago artists I had met over my first few years producing, and I was thankful for everyone being a part of it.

What has been your favorite experience as a producer?

The two things that come to mind are working on Testament and sessions I’ve had this past year at 700 Green. Testament was a year and a half process, and it was great to put the time into the music, brainstorm on who would be the perfect fit and see the songs come to life. That was my first taste of really working with other artists, as well as producers and engineers, and it opened my eyes.

700 Green is a studio that opened right before COVID hit. One of my oldest friends Alexy Erourart runs the studio and provided an open space to create. It’s the most I’ve ever gotten to fit the traditional producer role — in the sense of bringing together multiple musicians, bouncing ideas off different collaborators and doing the tracking for the sessions. Most of those songs aren’t out yet, but I’m excited for their release.

Who is one artist you’d love to produce music for but haven’t?

There’s so many. If I had to pick one artist I’ve met here, though, I’d love to produce something for Mick Jenkins.

In what ways has living in Chicago shaped your identity as a musician?

Being born and raised here has shaped who I am, and that reflects in how my music sounds. To be honest, I don’t know what I would sound like if I had been from somewhere else.

The depth of authenticity. There’s so many different stories and perspectives here, and it’s incredible to come across so many artists from here that have been willing to share themselves and share those experiences.

Your new single “Far Away” is a collaboration with fellow Chicago artist Ajani Jones. Can you walk us through your experience working together on this track?

Ajani and I have been close friends for the last six years or so, but this was only the second song we’ve released together. With “Far Away,” I met a producer named Ethan Deetz at 700 Green who played me a bunch of beats, and I ended up writing and recording my verse and the hook that same night. Ajani and Ethan have been working together often the past year, and I guess one night Ajani heard what I had so far and asked me if he could get on it. I love his verse and I’m thankful he decided to get on it. I thought it really rounded out the song and made it something special.

When it comes to making your own music, as opposed to producing, do you prefer collaborating with other artists or working alone? What benefits do you see in both?

I prefer collaborating with other artists. I touched on what it means to work alone on music earlier, but at this point everyone I work with is a friend. I think whether it’s starting something from scratch or getting input on a demo, I want to have people I trust involved in the process.

What’s your favorite of your music videos and why?

I’m thankful that I really love all of them, but if I had to pick one as a favorite it’d probably be “Far Away.”

Tell us about your experience filming the music video for “Far Away.” What message were you trying to convey through the video?

My girlfriend lives in San Francisco and she shot and edited most of the video while I visited her for Valentine’s Day — shoutout to Kayo and Jonnel Allen for working on the Chicago scenes with Ajani and I. The point of the trip was to see her, and the original premise of the video, for me, was to get some shots while actually being “far away” from home, but [my girlfriend] Gabi took the project to another level.

I haven’t spent much time in SF and the shots we have in the video are of me really discovering the city. We wanted the video to feel like an old home video you’d find at your parents’ house, documenting the trip and focusing on the surroundings as much as myself or Ajani. I wrote the song in September of 2020 almost as a daydream, and we were able to bring that daydream to life and film it.

Tell us the story of how you found out your song “Theatrics” was selected for the NBA 2K21 video game soundtrack. Did you know your song was in consideration, or was it a surprise to find that out?

It actually was a surprise when I got the news; UnitedMasters reached out to me [to let me know] that it was up for consideration, and a few weeks later I got word that it was selected. I distribute my music through them and knew that they handled the 2K soundtracks, but I didn’t do any official submission for it. I think I was in the right place at the right time with the song, and I’m thrilled they chose it for the game.

I got back into gaming pretty hard during 2020. I’ve played a lot of Call of Duty and Rocket League throughout the year, but I’d have to say that my favorite game is Ghost of Tsushima. Also have to shout out Apex Legends, Skyrim, 2K and Red Dead Redemption 2 for getting me through the last year and a half.

When you’re not making music, what is your favorite thing to do?

Spending time with my friends and family. I love being around my people, but if I need some alone time and I’m not working on music I’ll either be gaming, taking a walk, watching TV or a movie, or reading.

What have you been working on lately, anything listeners should know about?

The past couple of years I’ve been focusing on releasing one song at a time, but I’ve got hours worth of music mixed and ready to release. The goal is to start getting more of these songs out.

We’re working on two videos at the moment to be released this fall, so keep an eye out for some new music in October and November! 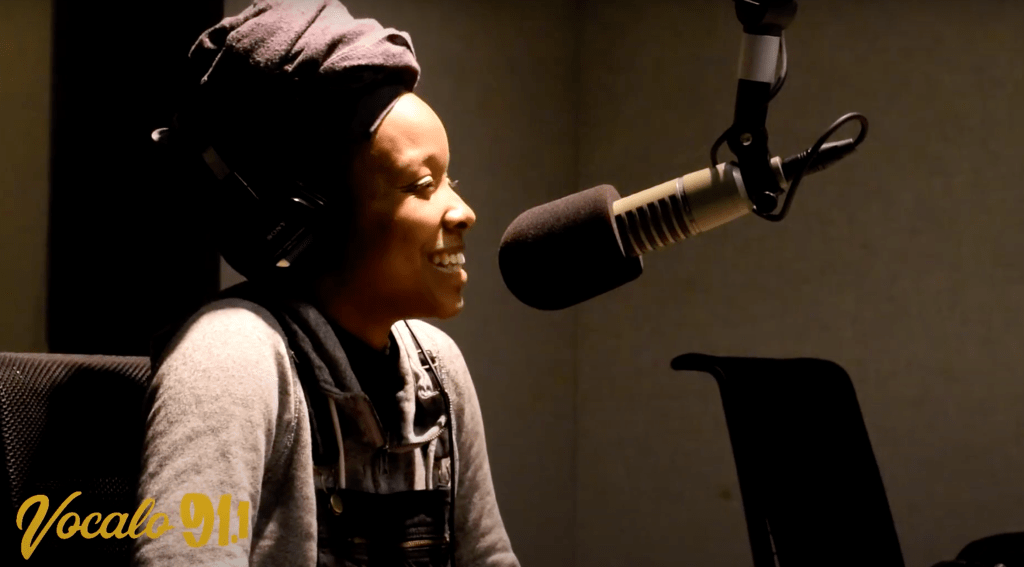