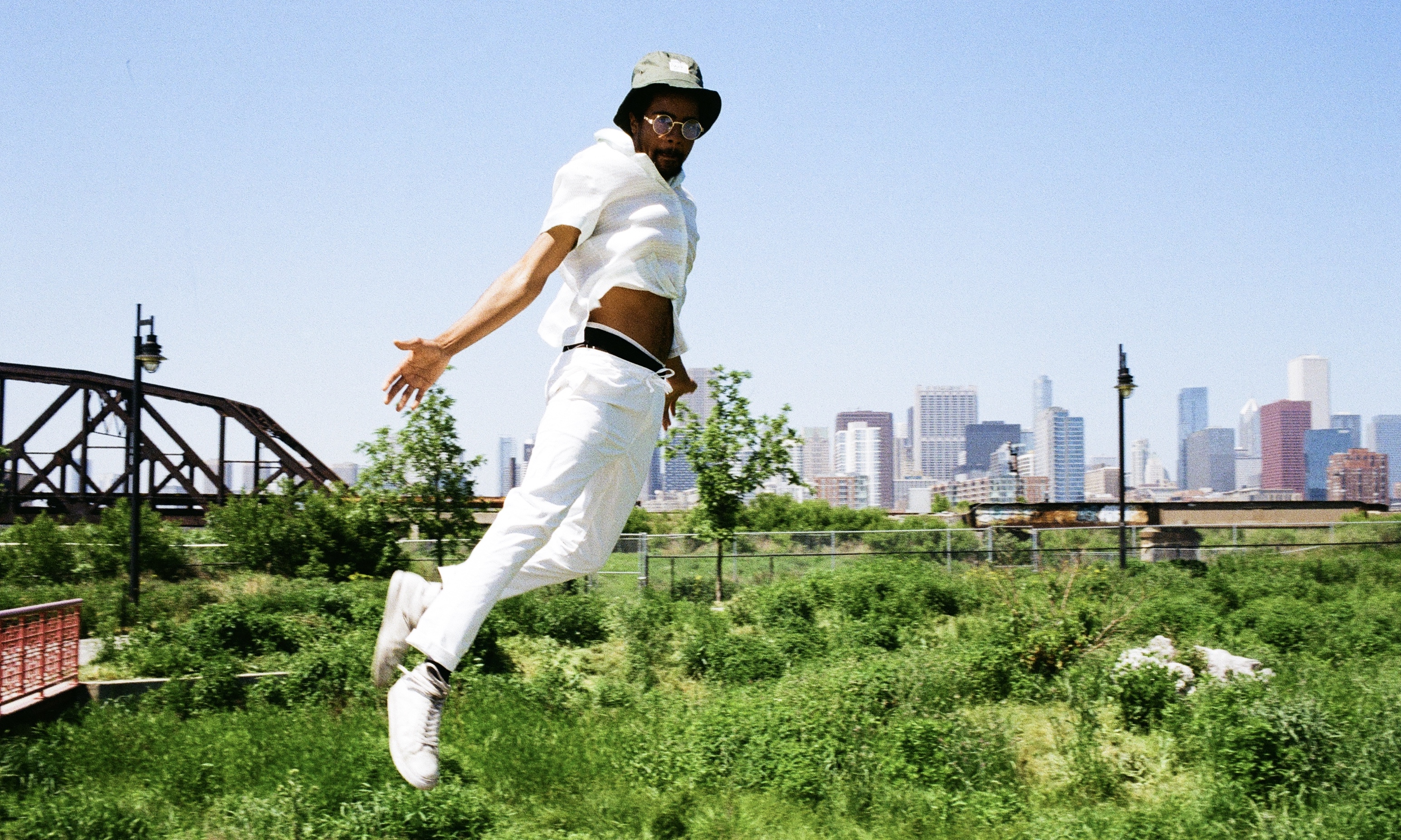 Nate Barksdale is a smooth-voice singer songwriter and self-taught musician from the South Side of Chicago who’s done a lot of living in his young years and that experience makes its way into the music that he creates.

He’s also one of the folks we are bringing to the Chi Soul Fest right here at Navy Pier on June 22.

We took Nate to Ping Tom Park and then sat him down for a conversation with our very own Jill Hopkins about iPods, nostalgia and being alone… 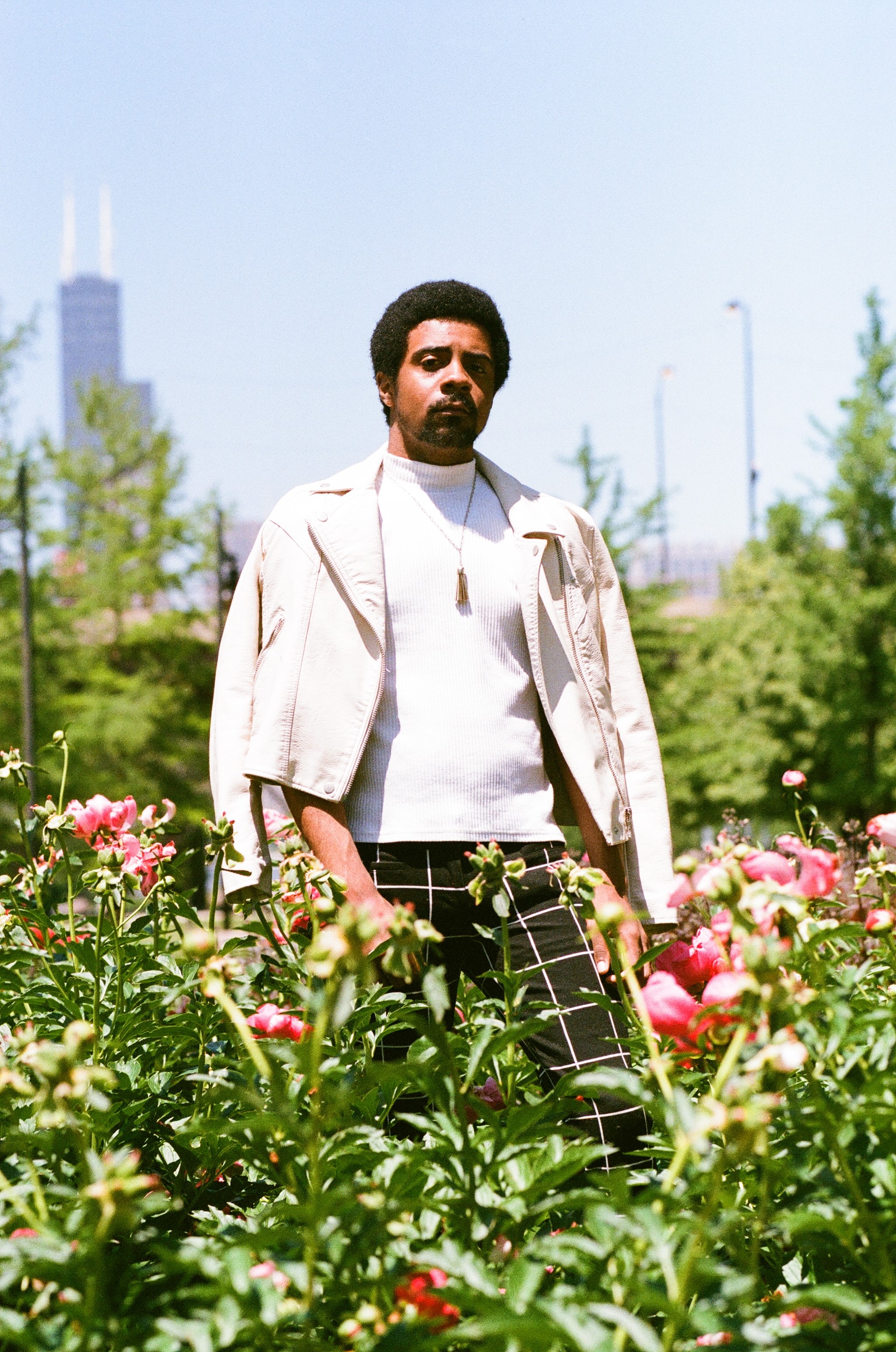 This is a wonderful chance to get to talk to an other Chicagoan. I love the Nate Barksdale origin story. Talk to me about the part of the city that you grew up in and the raffle you entered that would change the course of your life…

I grew up in Beverly, which is kind of like secluded a little bit. I don’t know if you would agree, but it’s kind of got its own pocket. It is a world. Yeah, like it’s own like kind of social economic bubble where, you know, there’s a lot of people that live there that kind of stay there. So eighth grade I applied to Whitney Young, which was gonna be a big move for me. My first time leaving the neighborhood doing something different going on a different side of the city. So I was like an honor student the whole way through. Pretty much how I even got the chance to get into Whitney Young – so shout-out to my mom. She was the one that was like everything matters. So I kind of worked myself into a position where I could have the chance to do something so cool like go to Whitney Young. And the last day of like regular school for grammar school they did a little raffle for all the honor students and I remember sitting next to a fellow like honor roll student and they were about to do a raffle for an iPod Nano. So wasn’t the shuffle… Which is a big difference.

This one had the little screen on it.

Yeah! The display was crazy. It makes a huge difference.

So I’m you know just kind of excited and joking with my friend next to me… I’m in a different mood. I said “hey I’m about to win this raffle” and she’s like “no you’re not.” I took a moment and let the suspense build and then, drum roll, they said my name. It was a big deal because I had an MP3 player before… But didn’t ever touch it. You never use it. I was like what’s this music thing… I don’t understand. 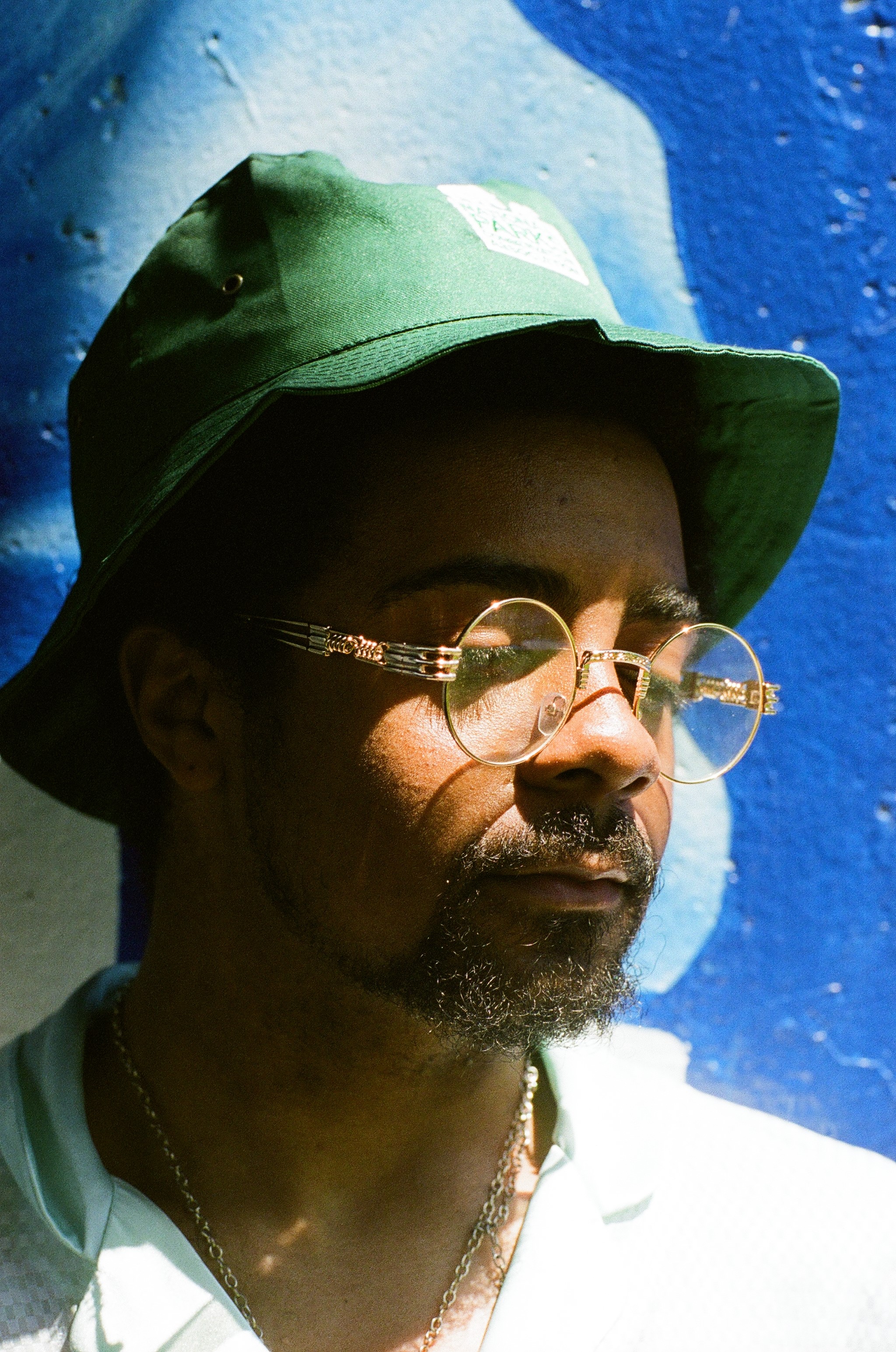 You didn’t grow up in a musical household?

I did. That was what was so weird. My dad played drums and he sang in church. My older sister’s favorite movie when she was little was like a rendition of The Passion of the Christ… but from the church organization so my dad played Joseph…Pretty big deal deal, you know, Jesus’ other dad… Step father. So she would play that all the time in the house.

My brother played guitar. He was the first person that was really into music. So there was a lot of musical things around me. My oldest brother is probably one of the bigger influences… Once I got the iPod. He showed me what to put on it, he showed me how to download music and get everyone’s discography ever. And at that time, in 2009, that was kind of like normal for 22 year olds (he was 22, I was 15) to get their music like that. 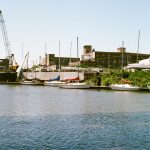 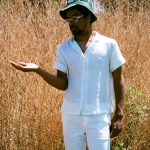 What made you want to make the move from production to performer?

When I first started producing I didn’t have anyone to rap over the stuff. I was like… a lonely kid. Because, you can imagine, when you go to a selective enrollment school you go home to your family, but all your friends are scattered throughout the city. So it can be kind of, for me at least, lonely. Most kids that were into music at the time were  in bands… I was never in a band. I had to put together a band at this point in my life.

But my whole musical journey was literally started in a basement alone, with blankets cause it was cold. With a desktop, just not knowing anything about music. When I got to the point where I said this sounds good who’s gonna rap on it? No one was gonna rap on it. So I had to just write my own songs. I always felt more of a natural pull towards producing, just because it was the first idea I had about myself. But it took going somewhere else in the world, going to London and being a deejay. Just seeing that they knew Young Thug over there. And not only that! They have a whole other world of bashment and reggae artists and afro-beat artists. There were things that I can’t understand that they understand in the UK. It made me think differently just about vocals and words and writing and it was an affirming thing… I decided that lyrics would be my next thing. 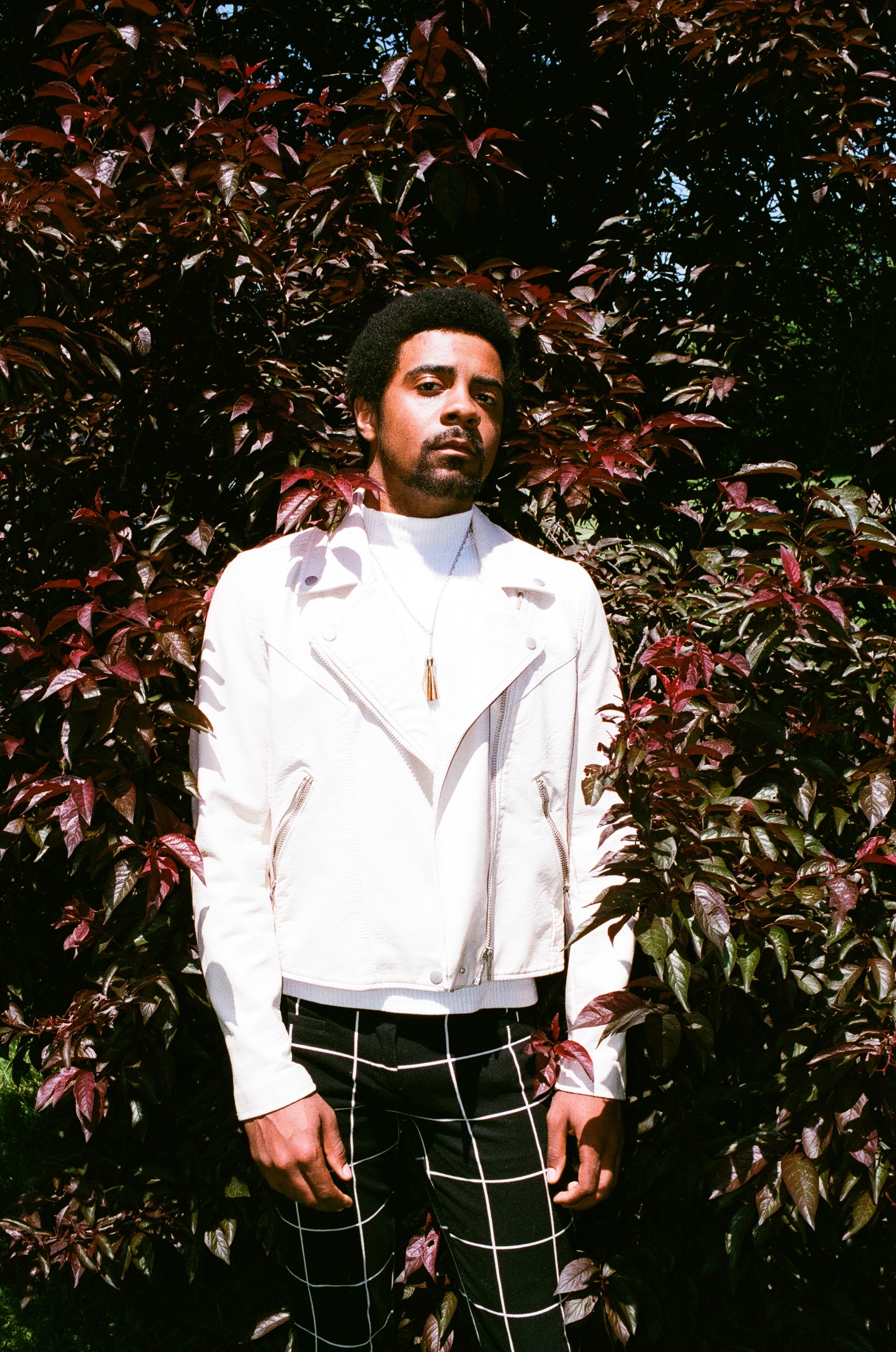 Do you credit your time spent in London learning about and hearing about artists that you may have never heard about in your in your pocket of Chicago? Do you credit that to how, kind of, you’re an old soul? I feel like that that kind of worldliness is what you might attribute your wisdom in spirit to…

I think I’ve just put myself in a lot of positions to be alone. I have weird things about me personally. I think that I attribute that to that old soul quality that you’re talking about. I do see it in myself and I think it just comes from having patience with myself. Knowing that I might not be hitting the chords right today but  I’m gonna get it, because it’s not an option for me not to. I also attribute that to my parents, my family history is full of people who did things that would otherwise be impossible for that time. So knowing that at an early age…  Of course it is gonna be hard. Of course you’re going to have days where you have writer’s block and you just can’t think of anything good to say.

I think putting myself in situations where I had nothing but growth to gain from, it just benefited me. The solitude is not something that I’m super proud of because, for me personally, it kind of makes me a little sad. Just because I did get to have this great experience. There are a lot of other great experiences that I’ve had that I just haven’t been able to share with people. So that’s kind of my new goal in life… Not just go to London but bring the family to London, bring the family into these things that I get to experience. 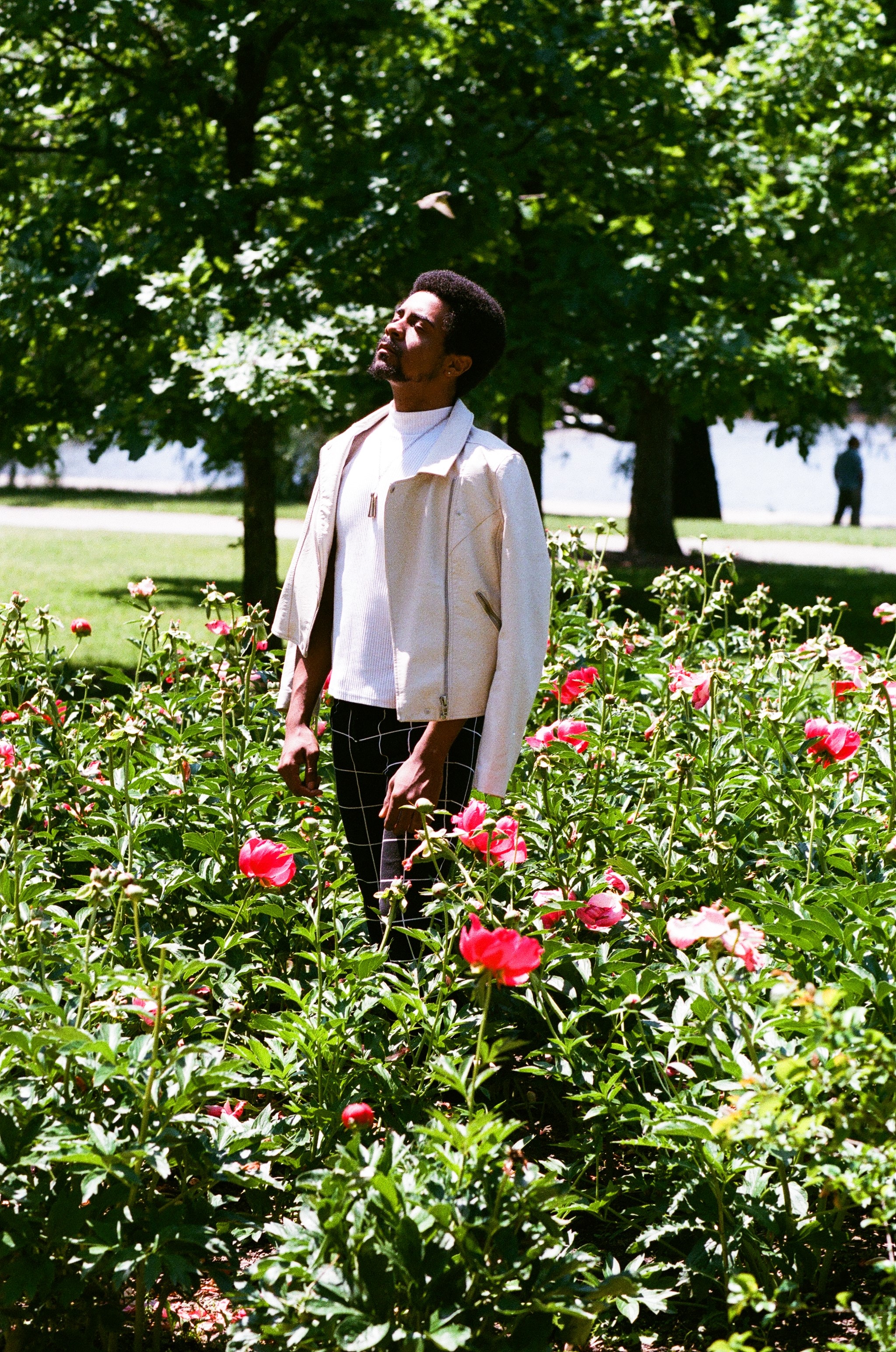 I want to talk about the song “Young” and the video that goes along with it. Because, honestly, I heard the song before I saw the video or even knew what you looked like or how old you were. I am very nostalgic as a person but I’m nostalgic for 25 years ago and then I find out more about you and I’m like this kid graduated in 2013! What the hell?!

What brings on this early stage nostalgia? And the folks in the video just did such a great job of telling a story as well. Talk to me about the whole package.

Yeah, it’s great. So shout out to Gio who is the lead actor. He’s the young boy in yellow. He’s the co-host of a podcast that I do every week and he’ll be glad that you said that. He’s a great actor. Shout out to Ryan. He was in red and then shout out to Miles with the flowy hair. He was in blue. So me and the director whose name is Lorenzo Gattorno. We kind of met and hit it off so to speak… it was like a little bit of a bromance. He’s from Italy. But we met in L.A. shooting my friend Julie Stahl’s video. The inspiration for the song or what made me want to make something like that?

I was at a stage where I wasn’t going to put out anything if it’s not good or real. I had already been back from London for like a year. I was on break and I knew I wanted to write something that was based on these chords that I was hearing in this song called “I Wish” by Carl Thomas which is like… 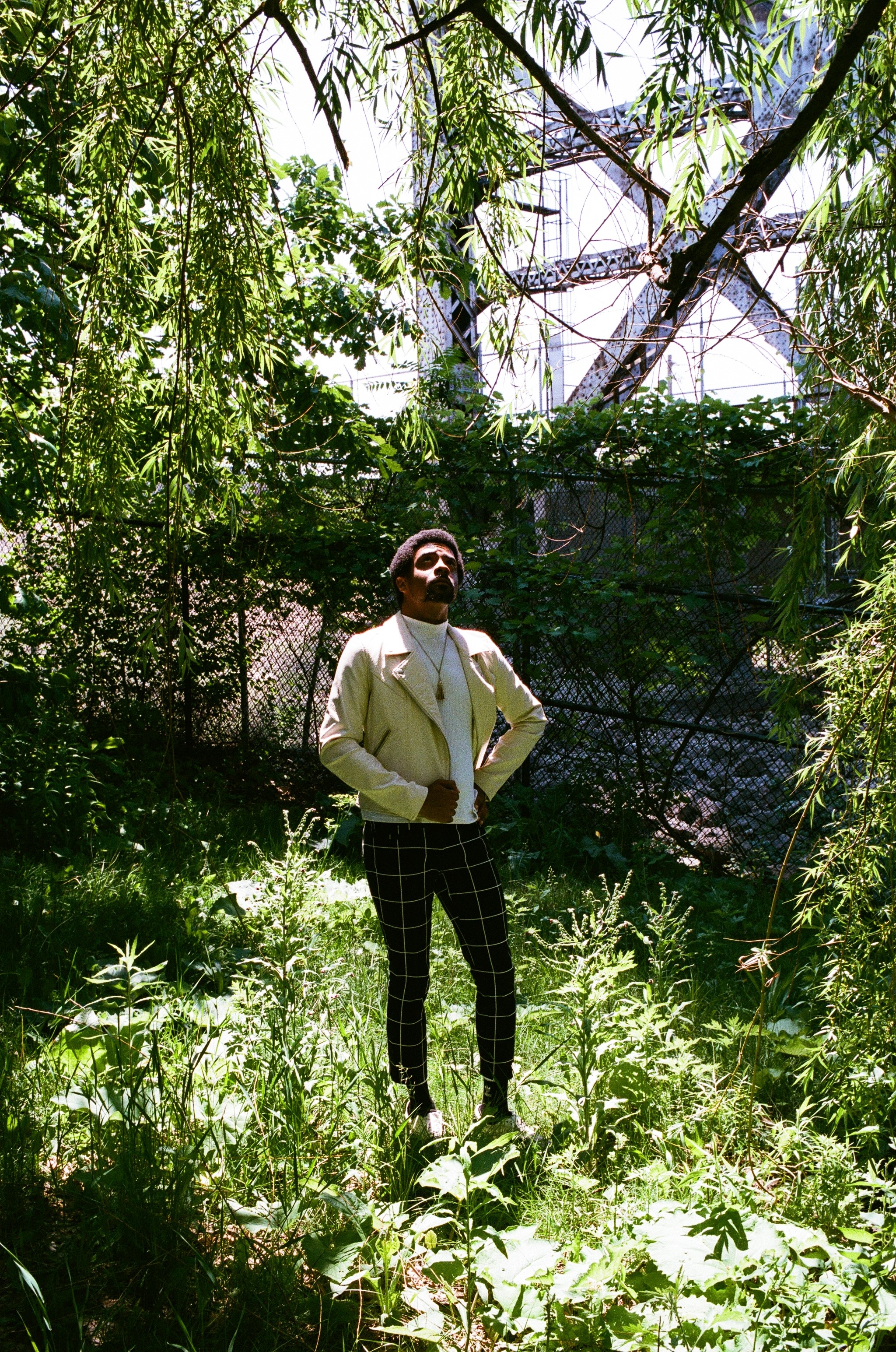 Yeah! The all white outfit the all black outfit. It was that type of melody. I started to play it out and then slowly, it was literally how all musicians go on about making songs, it just came! “In my big brother’s whip when that 808 would hum”

And it’s funny my brother didn’t even have a car. It was our mom’s car. But there was some creative license right? Someone’s got a big brother. And I thought there was a lot of different ways to capture that feeling. So I felt really equipped to write about it because it was something I knew. I know what it was like in 09 when Obama just got in office. People thought race wasn’t real anymore. 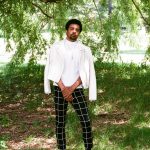 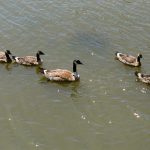 It was a simpler time.

Yeah. Everyone was hating on 808s and Heartbreak because there was a lot of change in music too. That was when I started to get into music. It’s when I got the iPod. It’s when I went to my first year of Whitney Young. I was thinking Kid Cudi is out… Anything can happen! Fast forward to 2017. I think at that point Trump had already been elected and I was getting older, I was 21. So I was seeing things a little differently and I just wanted to write something real. It was really simple. I just had been watching Master of None and saw that they did their first episode based on The Bicycle Thief which is an old Italian film. And the concept seemed so simple! 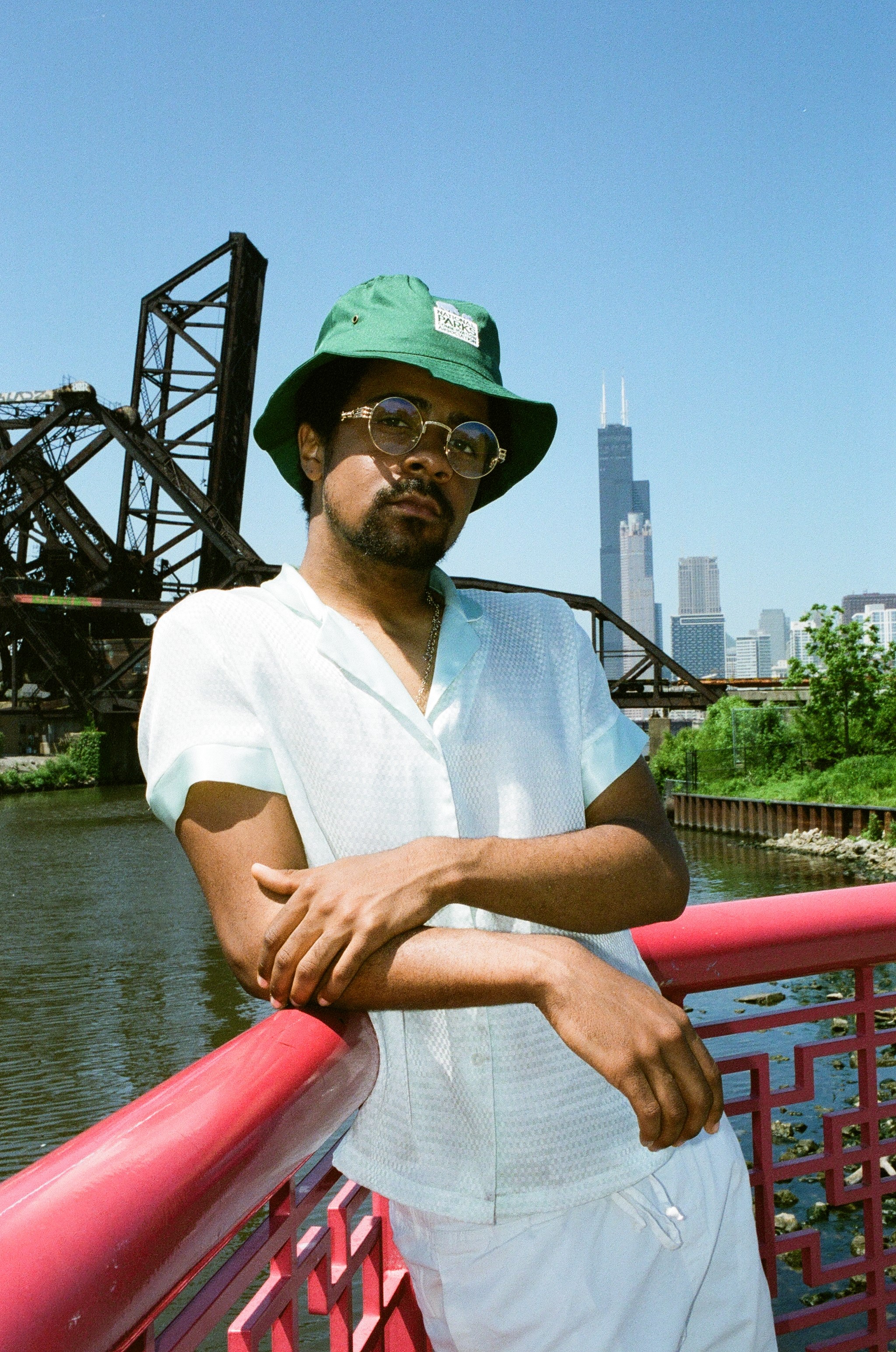 What what can we expect from you? What’s a live show from Nate Barksdale look like for all of us?

A live show from me. Is just it’s very big… I can’t escape that word sometimes. Sometimes I feel like oh it’s a little cliché or something. I grew up in the church with gospel music so a lot of my sonic recreations live come from that. That idea of “bigness”. But I also understand minimalism. I went to art school so, I should, I paid for it, I paid for the understanding [laughter].

It’s a lot of high high energy, a lot of dance tracks. It’s really funky. It’s really soulful And it’s got a bit of a synthetic quality to it. There’s a little bit of vocal effects but then there’s also real vocals. There’s a little bit of keyboards synth that I play. But then there’s also real guitar and real bass and real drums.

I’m so excited! Now, after the fest, there’s still a lot of summer left, sir. What are your musical plans?

Oh! Music. Just putting out music. I release singles and now it’s time for a body of work. I actually just, this is kind of cool, I just submitted a song and I emailed you about it.

I saw! What’s the name of the new song?

Good! I’m putting it right here in the interview.

You can follow Nate at the social links below! 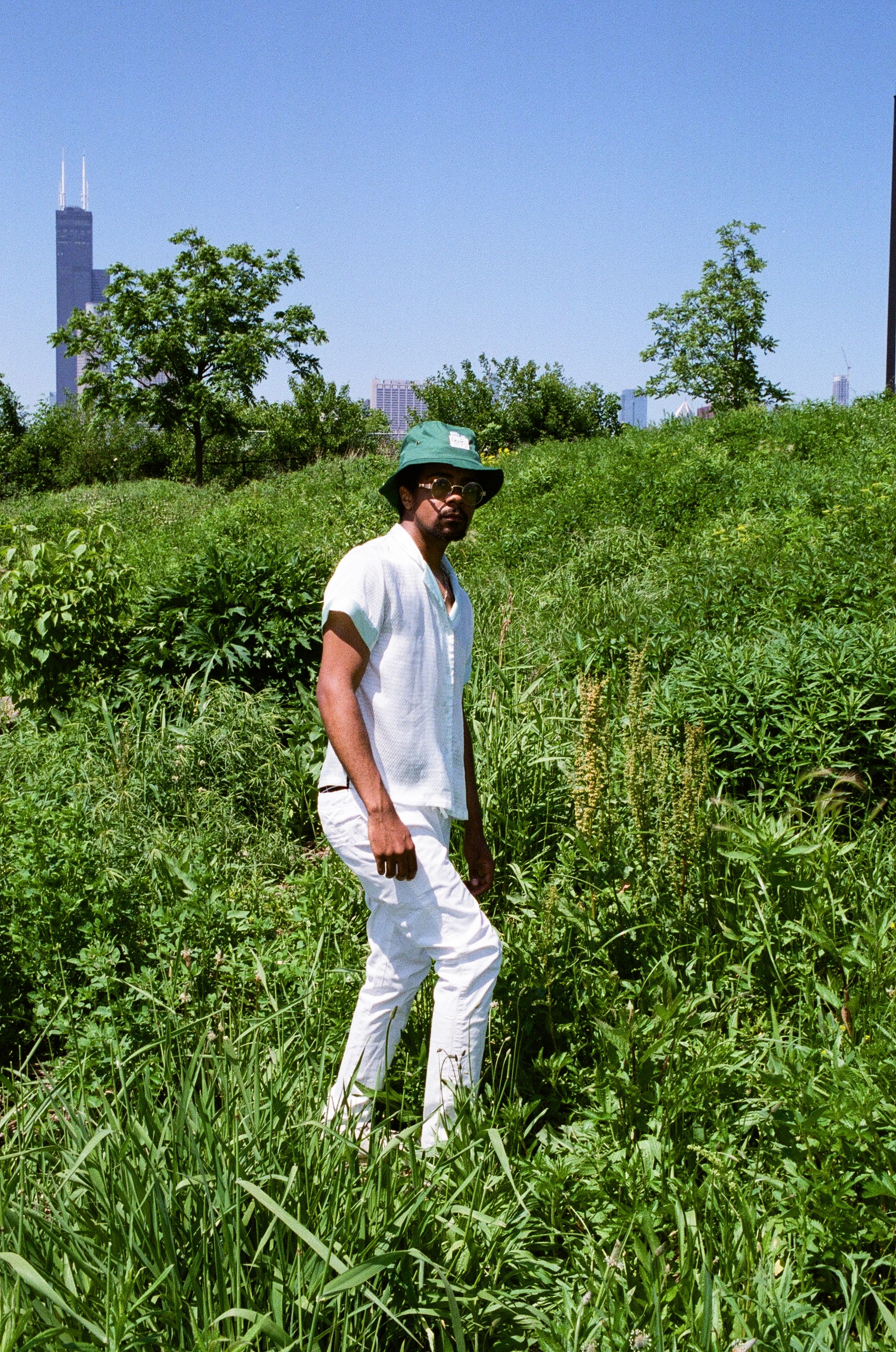 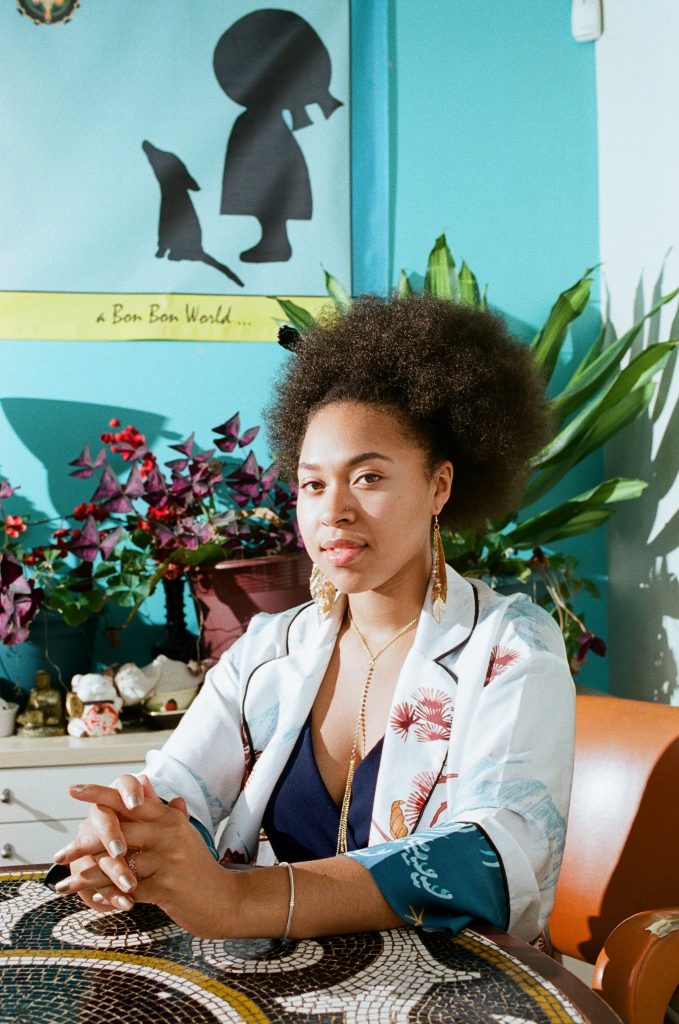 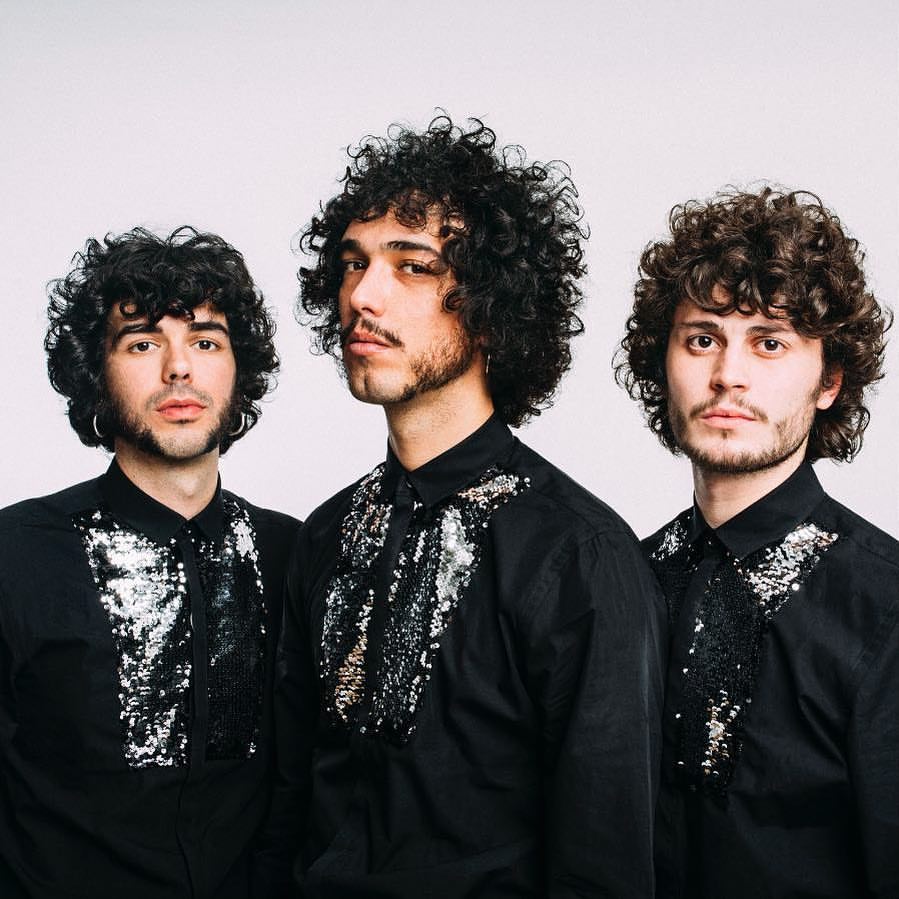