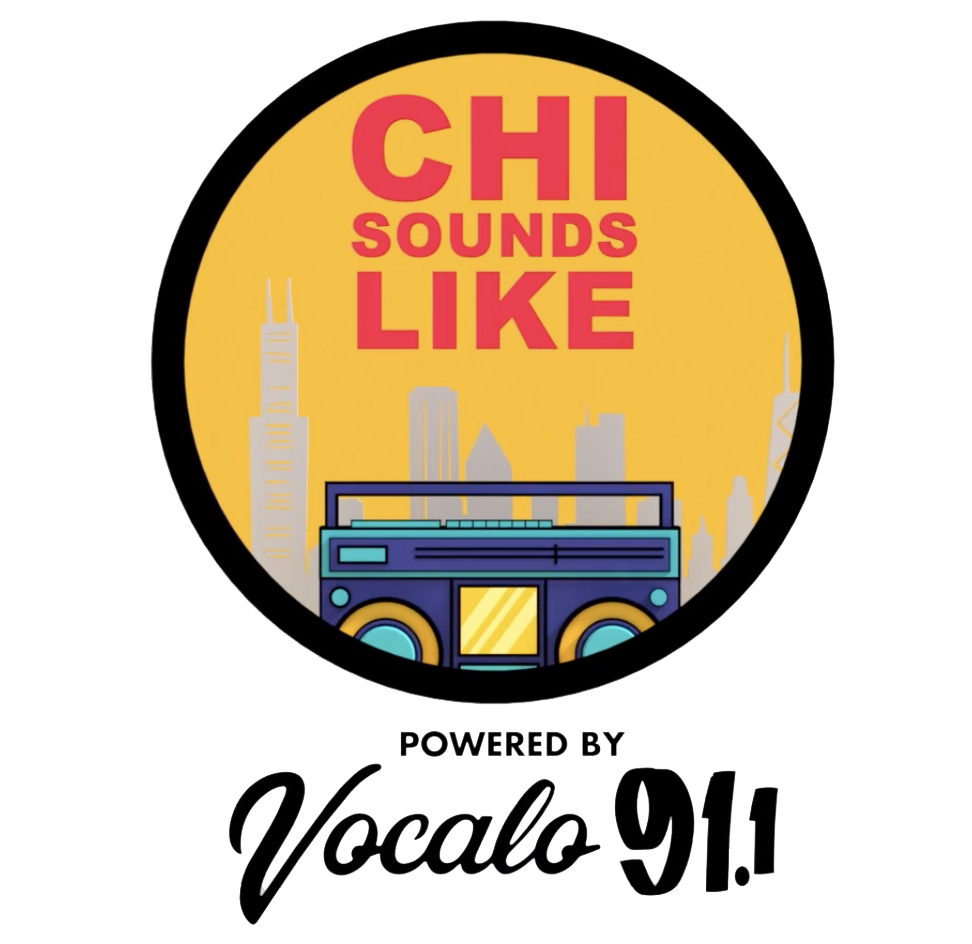 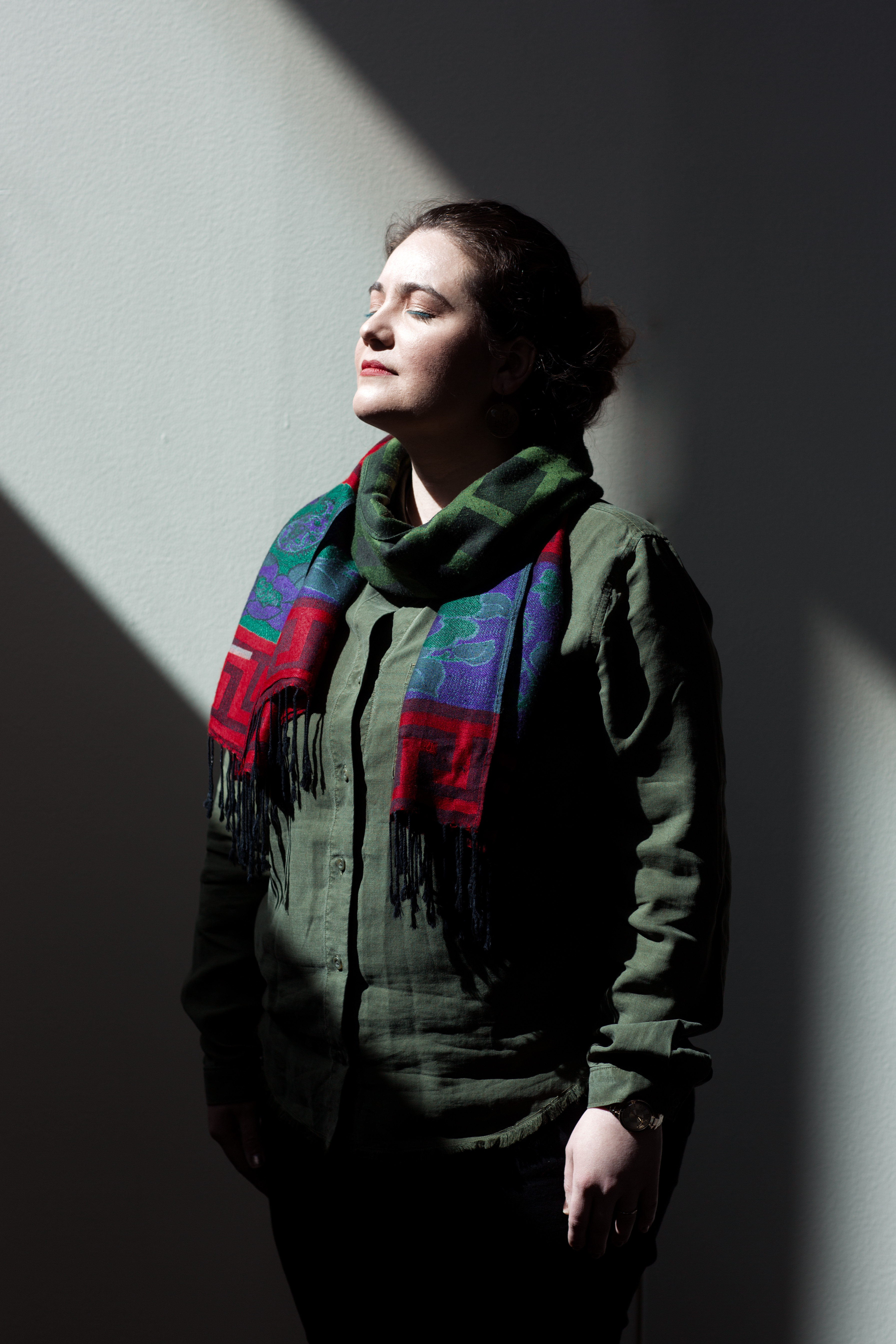 Nancy García Loza is a pocha playwright rooted in Chicago, Illinois & Jalisco, México. She is currently serving as NNPN Producer in Residence with 16th Street Theater, ushering in the 2019 Pop Up New Play Series. As a playwright, she is a writer for Make-Believe Association’s inaugural season, a Chicago Dramatists Tutterow Fellow, an Artistic Associate with 16th Street Theater, an Artistic Associate with Teatro Vista, and the Co-Creative Director of the Alliance of Latinx Theater Artists (ALTA) where she co-runs and participates in Chicago’s singular Latinx Playwrights Circle: El Semillero. Her select plays include Brava a folktale con música; Macha: a pocha sister story; Tocaya; and Rasca Cielos.

We caught up with Nancy in the Vocalo studios to chat Chicagolandia, birria and storefront theaters…

Introduce yourself and briefly describe what you do:

I’m a pocha playwright rooted in Chicago and Jalisco, Mexico.

Where in the city did you grow up? Where do you live now?

I consider myself a Chicagolandia playwright. What I mean by that is my family is rooted to different parts of Chicagolandia including the suburbs that we don’t often think of as being very mexican-centric parts of the broader breadth of Chicago. Places like Berwyn, Argo Summit, Oak Park, Oak Lawn, Cicero, Aurora.

My family, my 42ish first cousins, and my parents, they immigrated here in the 70s to Argo Summit and also to Lakeview. So I have really strong familial roots in Lakeview in Chicago. Right now I live near Fullerton and Western, in Logan Square I live next to an old family, one of the only few left, in a pretty gentrified part of the neighborhood.  An old Puerto Rican man, whose about 80 years old, who gets mad at me if I don’t rake the leaves. But also throws bomb ass parties with Mariachi.

I’m also in a neighborhood that I remember from when I was a little girl and I remember it very differently, being a very Caribbean neighborhood. It’s the place where my dad’s Cubano best friend used to live. 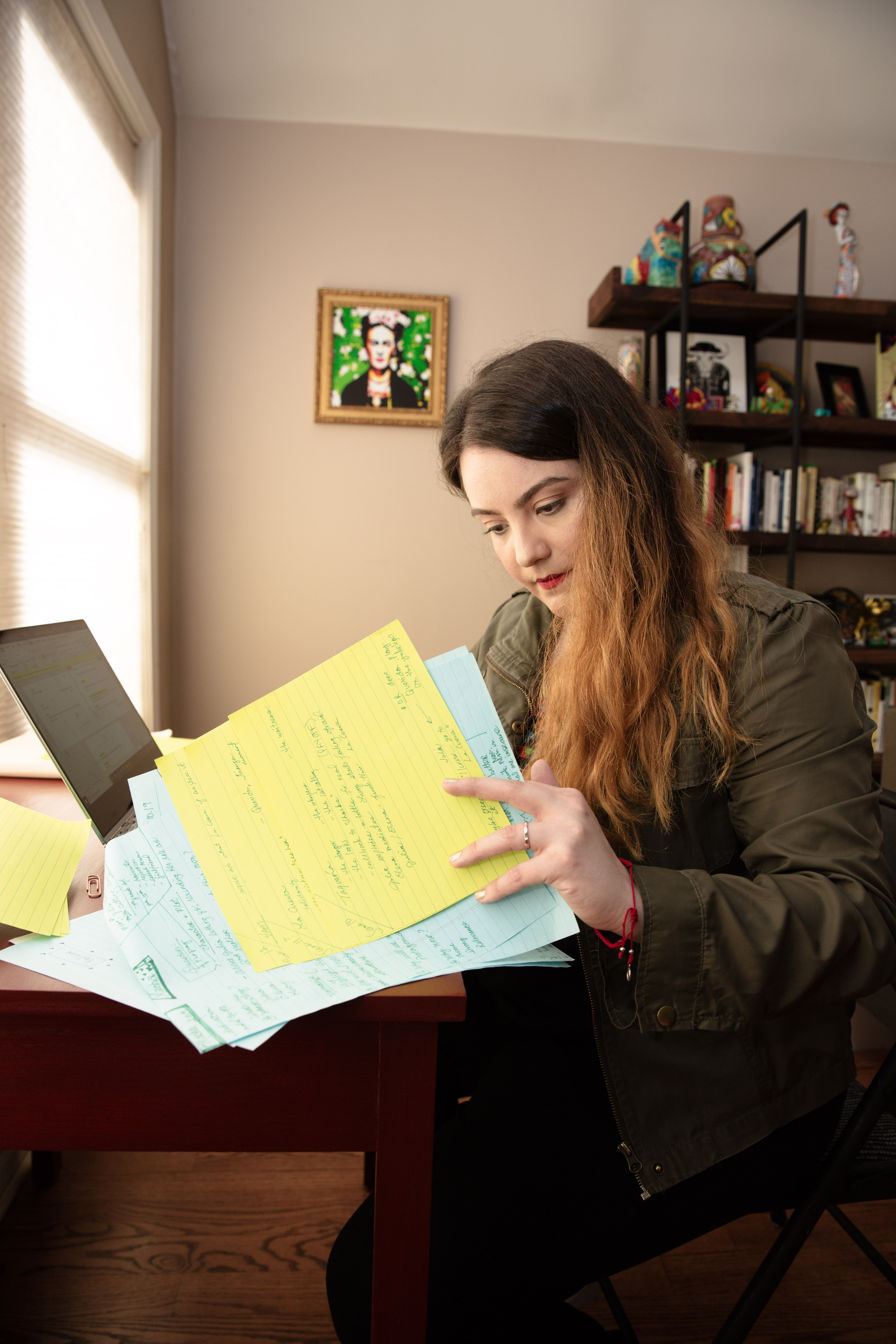 What has it been like growing up and living in Chicago?

There’s so much hope in families that migrate here. I think no one is more hopeful than people that leave home. I come from a line of people that left a country, didn’t speak a language, also were undocumented here in this country. Everyone tried to make a life and raise families here and they aspired. Eight uncles and aunts pulled together to buy the first building that will be in my family for generations even through gentrification of Lakeview. So I think that’s a big triumph, but it’s a triumph that you arrive at through many challenges and through survival.

Lakeview was very different when we were growing up it’s the place where when I was a little girl I  saw the first person I ever saw shot. But for us it’s where our family gathered, it’s where we saw boxing matches (the Chavez and Camacho fights) and then also lived right across the street from El Gato Negro Bar. 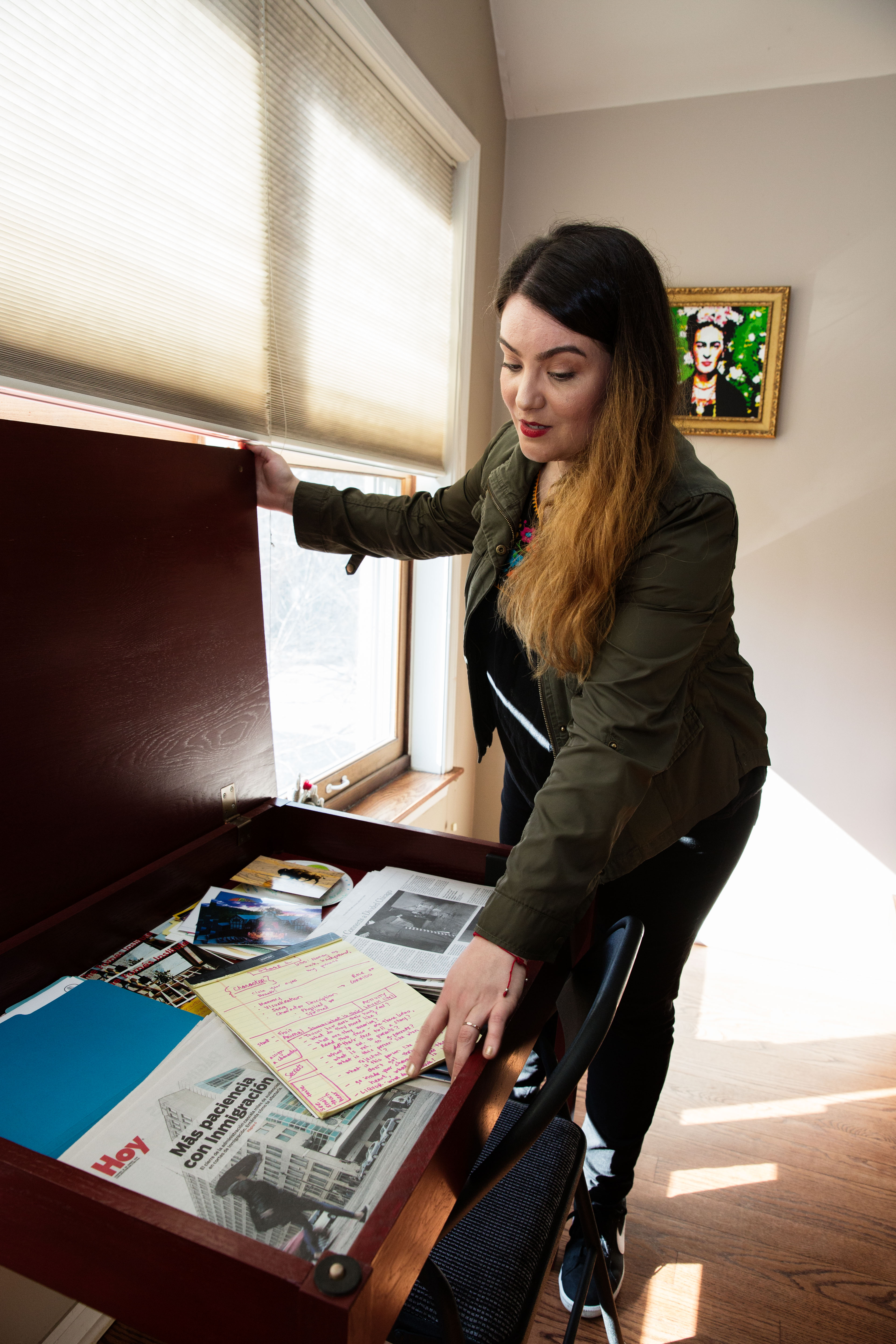 Chicago is so Mexican! And I love all people but I love feeling at home as well. When I was young, even in Argo Summit, so many of us were first generation kids. We didn’t even realize it. For many of us our parents even came from the same home town in Jalisco, Mexico. I was surrounded by kids who were really sharing a common experience with me. That was something that’s just pointedly special about living here.

It’s a really special city in the sense that I think there’s over 200 storefront theaters in Chicago. I feel really lucky in that way. I also feel lucky that very recently I can now visit the large theater houses and see the lives of Mexican women being represented on stage from seeing my friend Isaac Gomez’ play at Steppenwolff to seeing the work of Teatro Vista and many theater companies on the South West side, love to all my LatinX theaters out there.

If I’m feeling like I need some antique ancient inspiration to sit down and right there’s a spot on Fullerton that I love for birria that I’ve been going to for a long time. I like finding any of the taquerias where I can get some soul and sustenance. I like to go up Ashland Avenue and go to {Taqueria} Traspasda. But when I’m feeling really down I have to go back to the South West side and hit some of the old spots in Argo.

Chicago is a place where I don’t feel like I have to live by the hyphen. What I mean by that is.. I consider myself a pocha playwright. 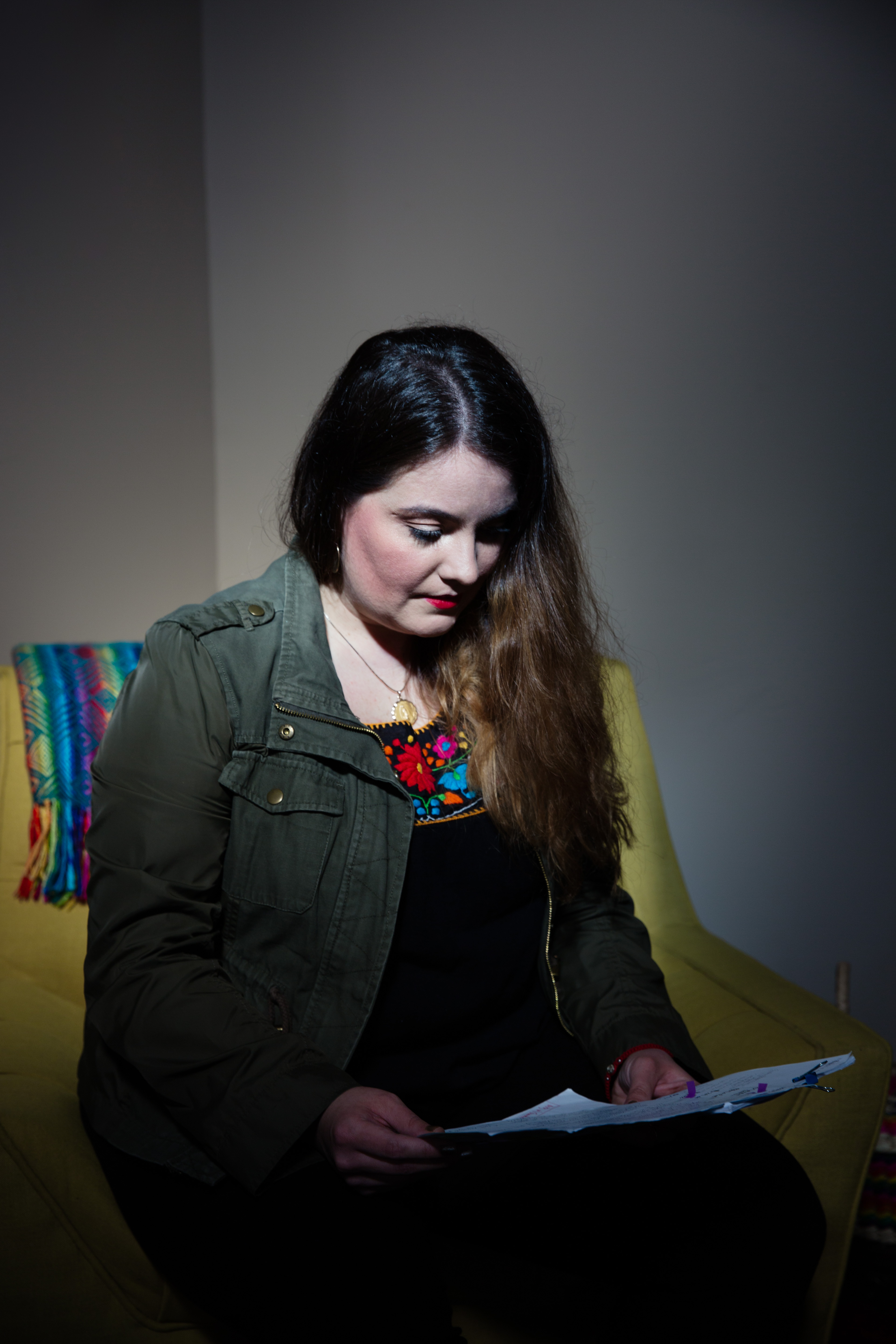 What would you like to give back to the community?

The biggest thing I can offer to Chicago is I am very grounded in what the Pocha experience has been for me. I want Chicago to know that there was a home grown girl, a home girl from here, a Pocha that was very interested in writing what is right here. Because there’s radical things and necessary conversations that I want to have that I don’t need to leave home for, not yet.

I have many years of stories ahead of me but what what I want my city to feel very proud of me about is: that I went to places that were unafraid and I put Chicago pocha women front and center in my stories. 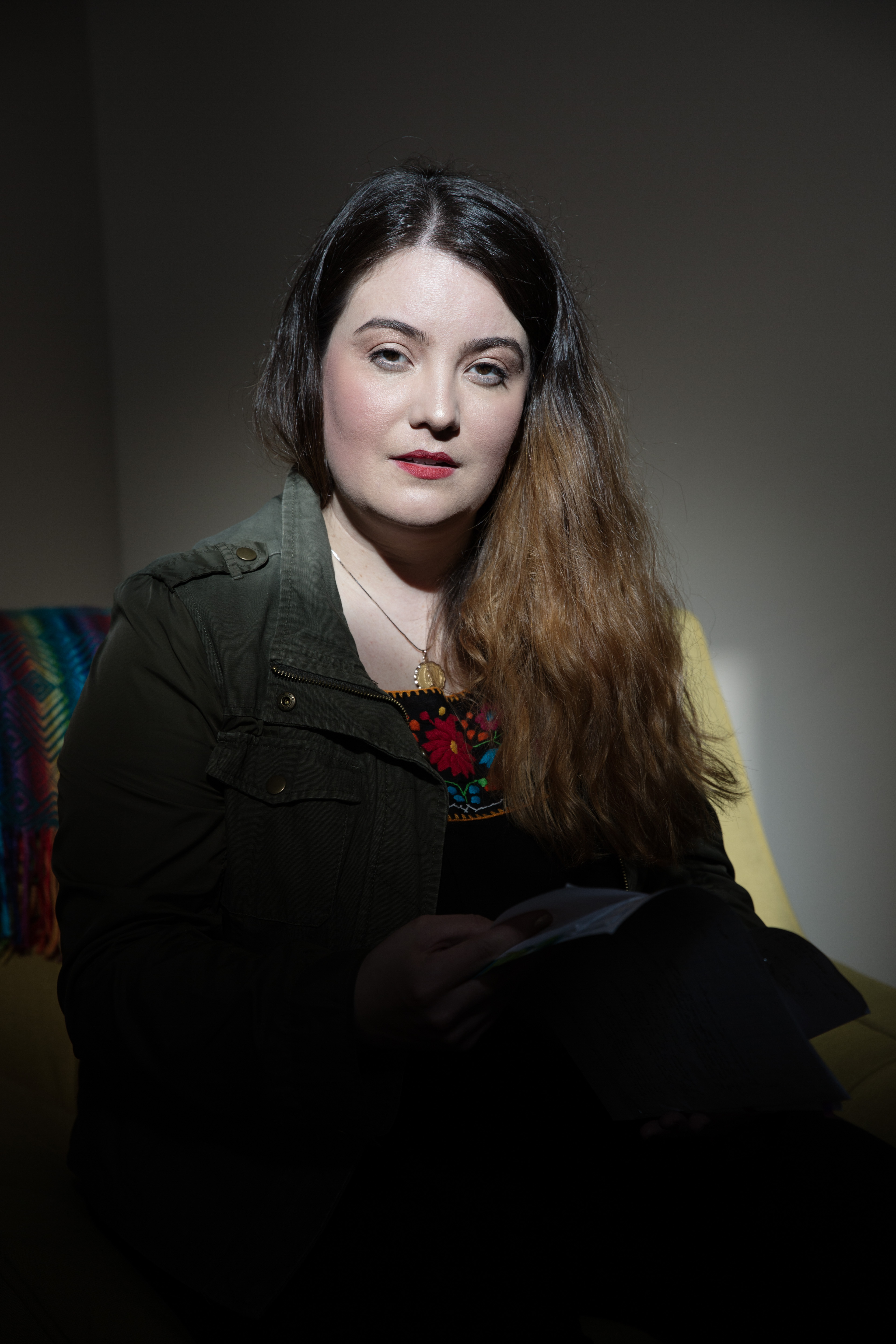 In our ongoing series, This Is What Chicago Sounds Like, we feature the voices and people who contribute to our city’s rich cultural diversity. This month we celebrate women in Chicago who are doing incredible work in the city they love. Check back here for more interviews with amazing Chicagoans. 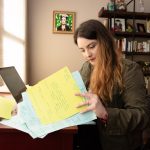 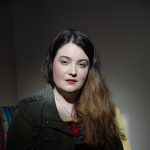 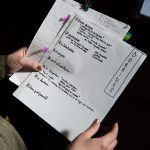 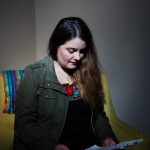 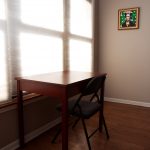 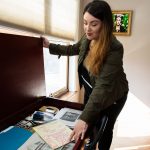 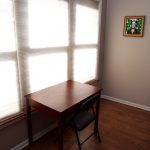 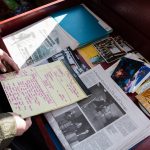 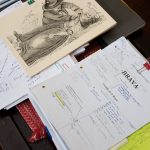 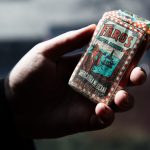 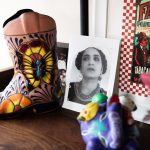 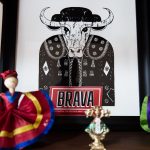 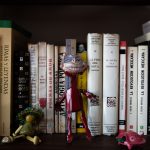 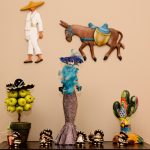 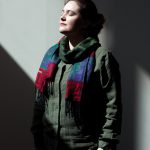 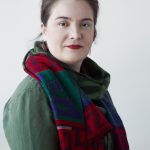 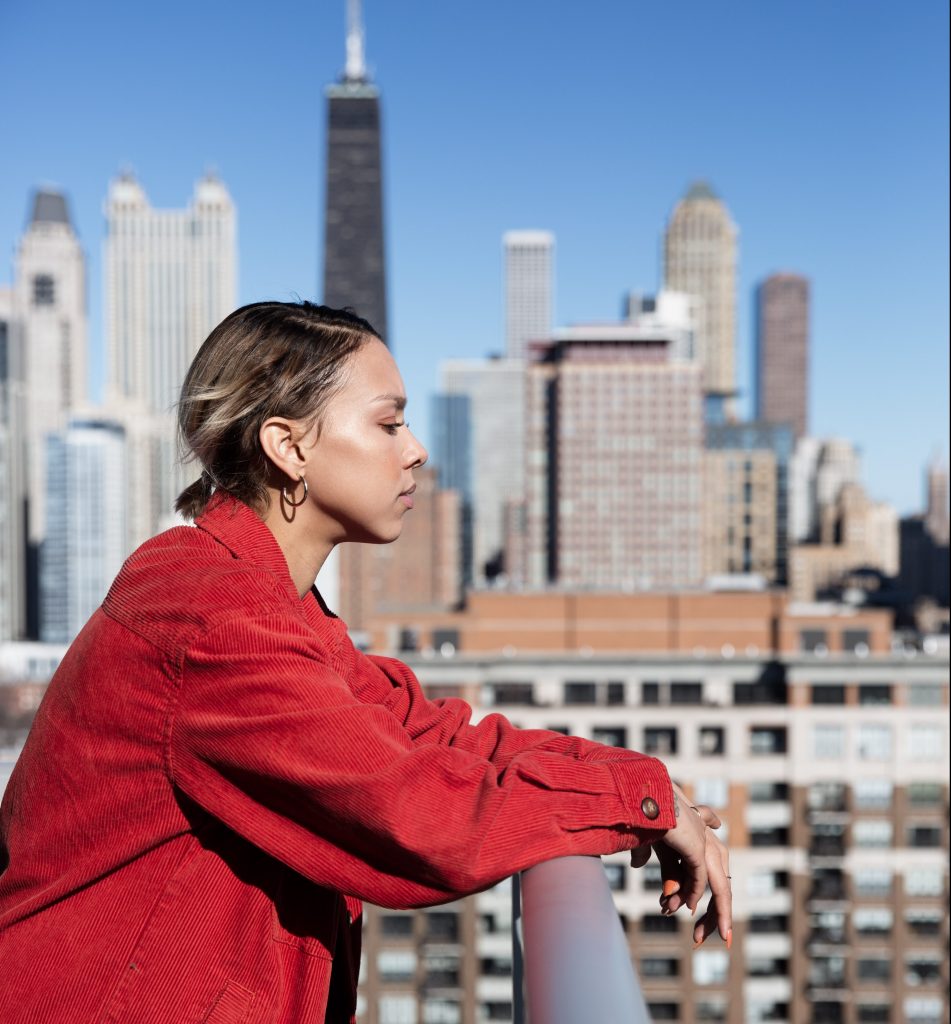 Ireashia Bennett Loves that Chicagoans Just Do It 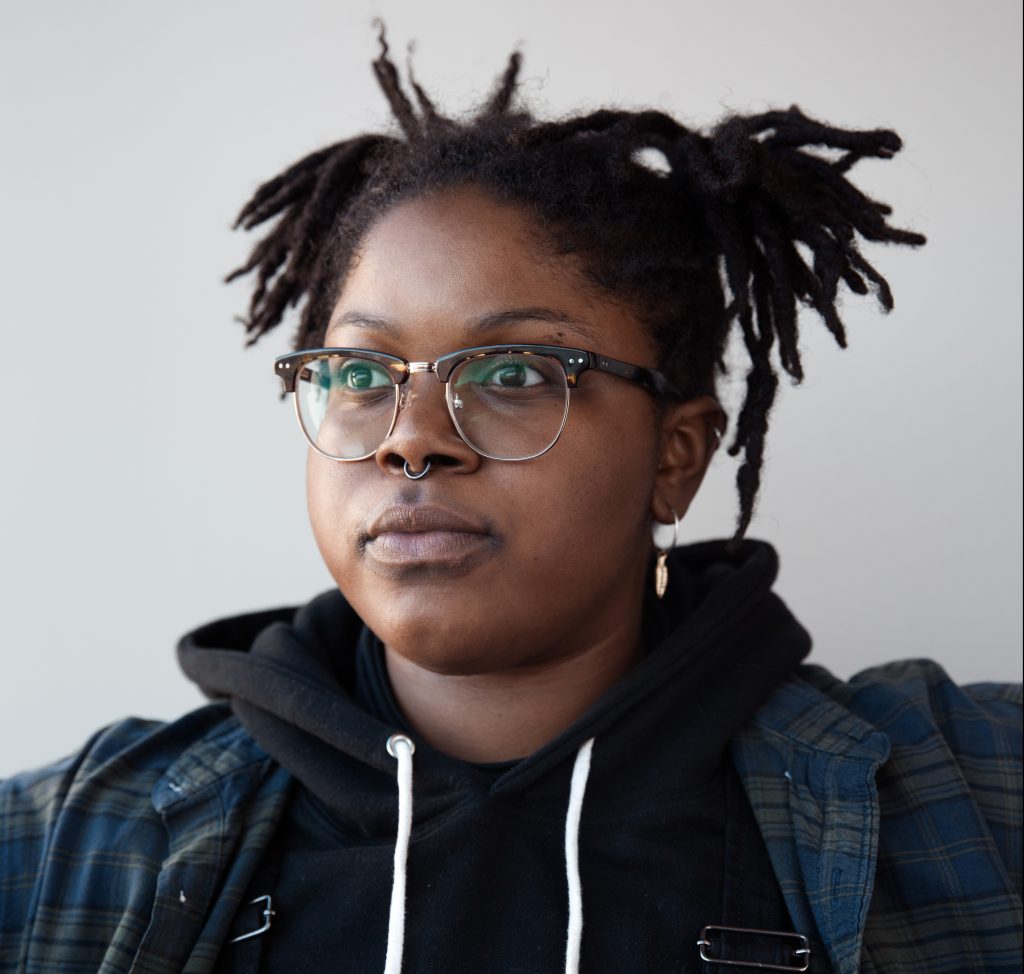