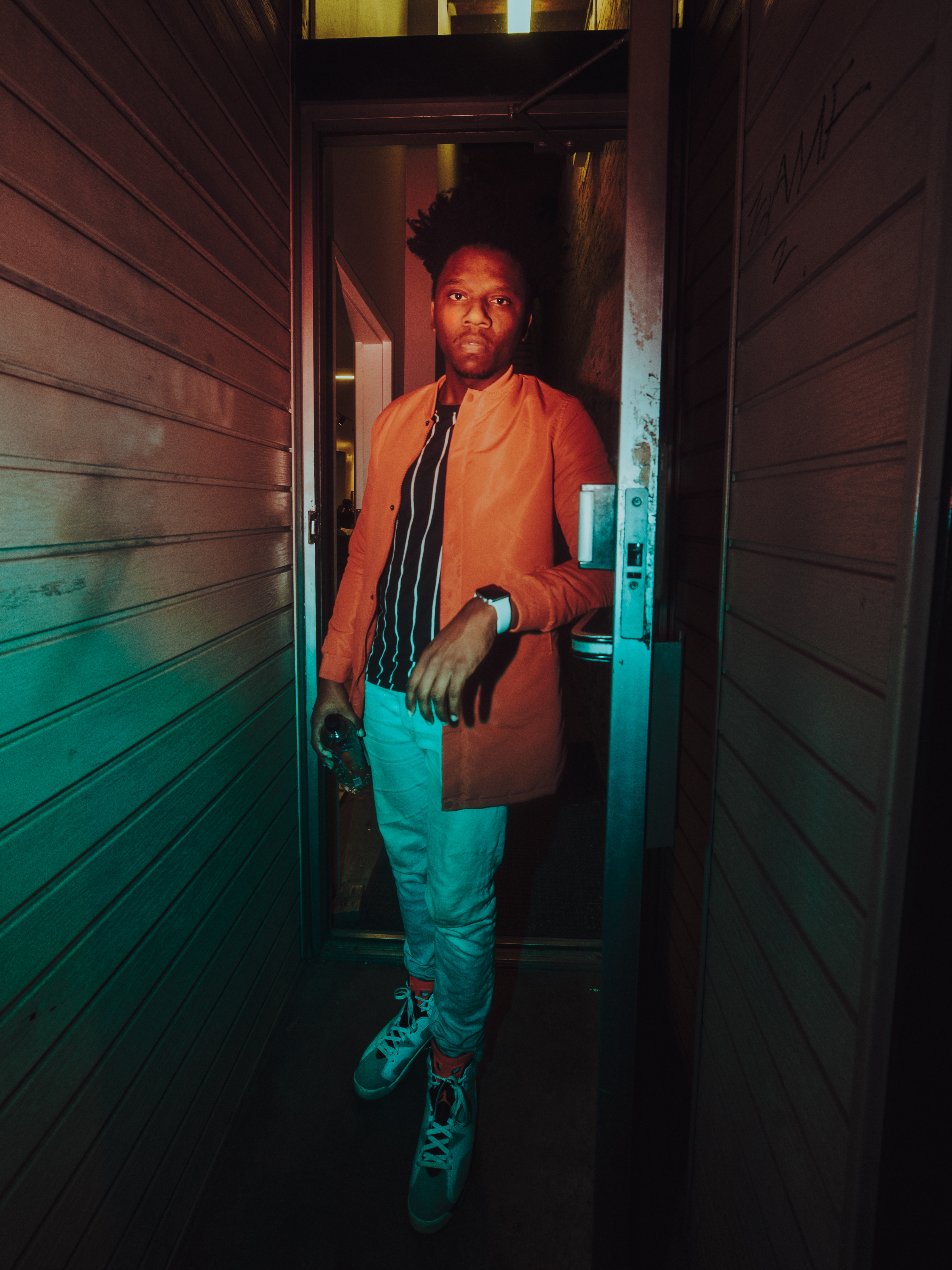 Matt Muse is a rapper, producer and educator from Chicago, Illinois.

Matt is intimately involved with Young Chicago Authors, and will be joining us for his second year as a host of the Winter Block Party His most recent release is EP Love & Nappyness.

We sat down with Matt to chat Chicago’s open mic scene, the ever-changing landscape of hip-hop and what our theme, “We The People,” means to him … 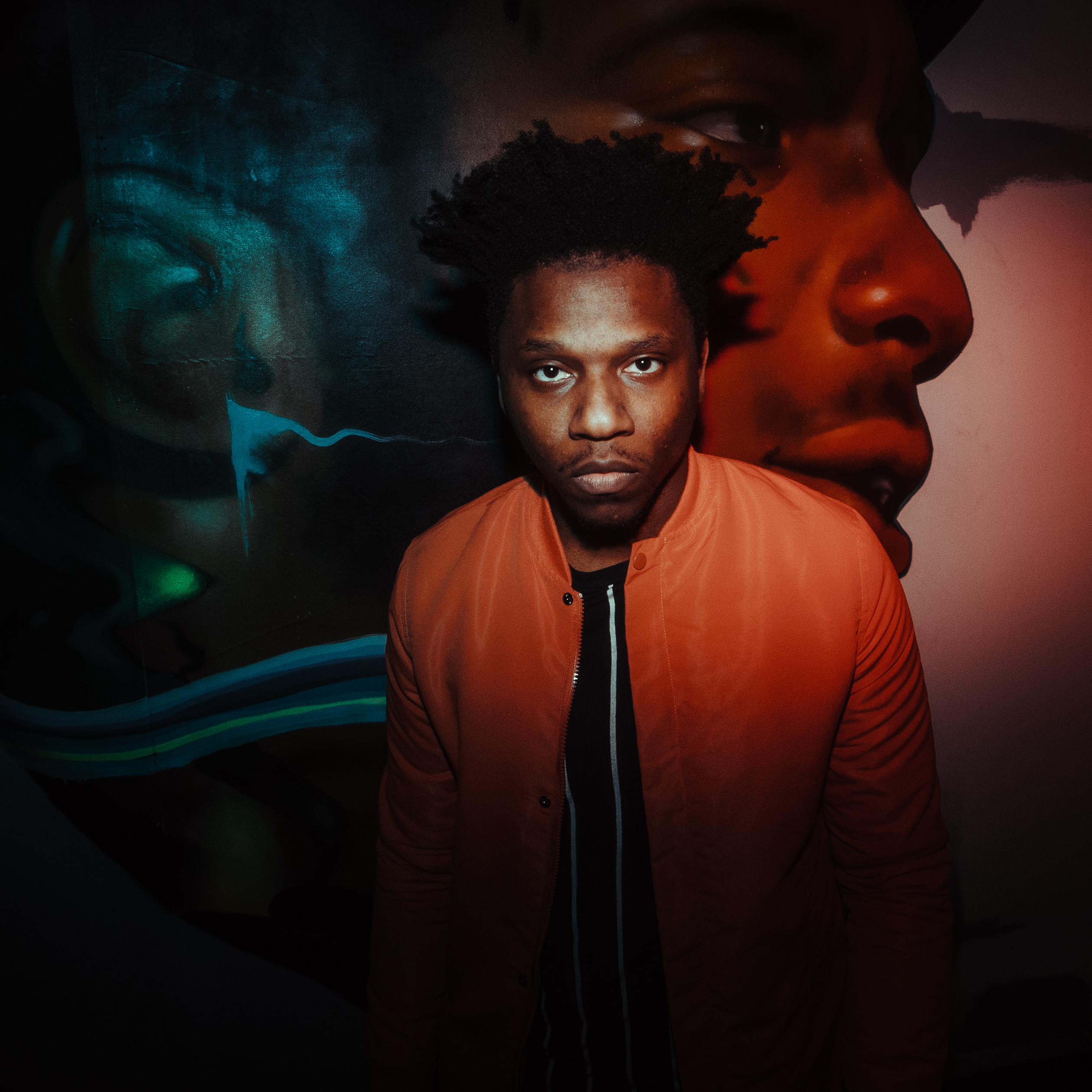 Vocalo: You’re obviously deeply involved with YCA and we know YCA plays a big role in Chicago’s hip-hop and MC culture. Can you talk a little bit about what Young Chicago Authors means to the Chicago hip hop scene?

Matt Muse: I think that YCA provides the perfect services for young hip hop artists in the city to both go to be heard, but also to improve. It’s not just the open mic that we have on Tuesdays that you can pull up to they can be a part of the Emcee Wreckshop. They can also be a part of the MC Olympics. I think that it provides a multi level platform for a young rapper or a young hip hop artist to to come and really experience their first taste of music on a lot of different levels. Both on the level of just being heard but also being critiqued and also an opportunity to shine, to win a competition for your raps like MC olympics. 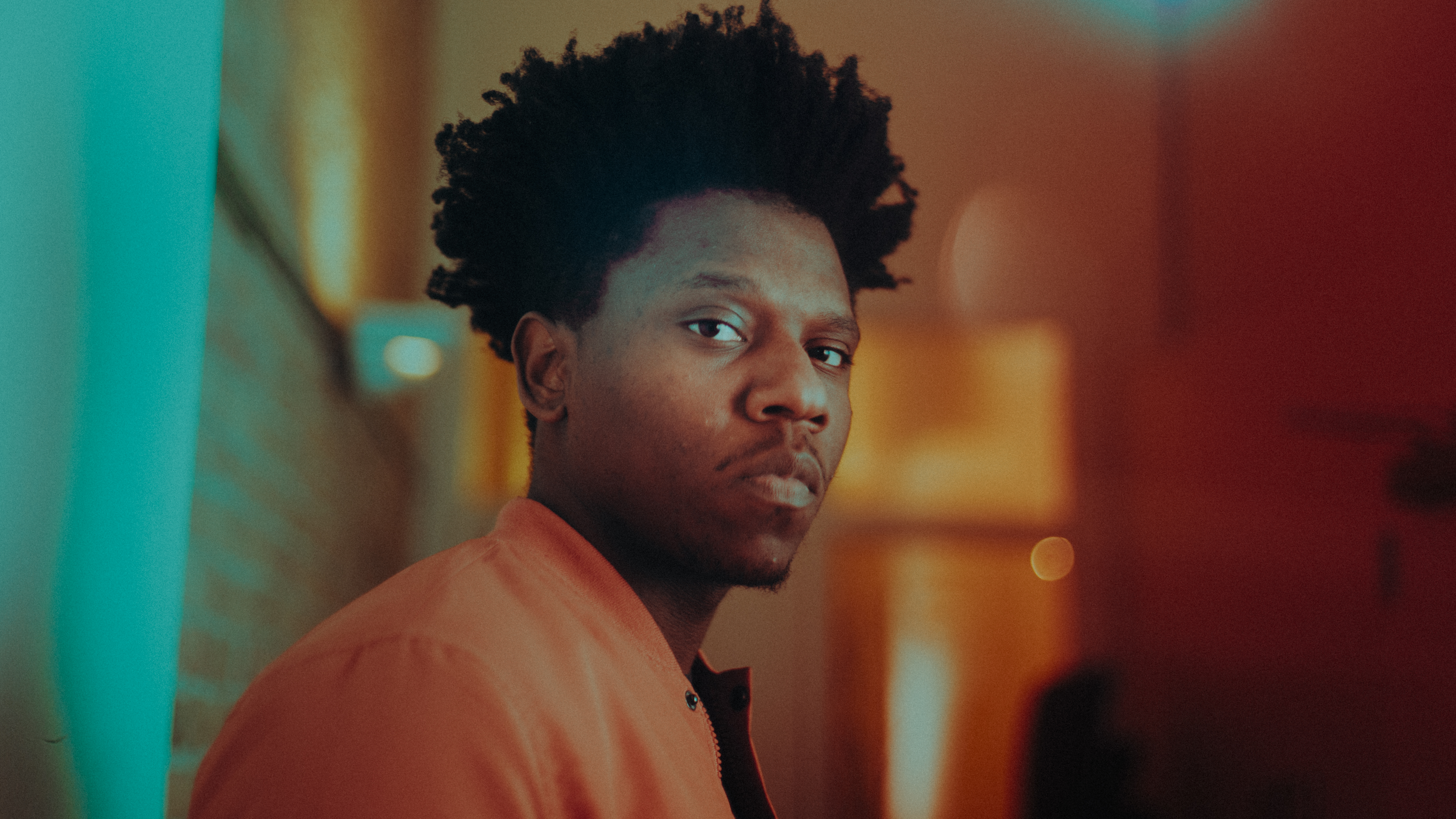 Dirty MF talked about the role that the Blue Groove Lounge played 25 years ago in Chicago’s hip hop scene as a place that Chicago’s hip hop scene could get together. What are some of the places today that continue that tradition of a place for MCs and hip-hop artists to come together and develop their their skills and the genre in general?

I would say Wordplay, Emcee Wreckshop, Haven Studio (that’s Add-2’s spot), Tribe which is pretty much an open mic in a house (a lot of folks pull up to that on the South Side). YouMedia is still going strong. I definitely give them props, because they have a lot of history. And it’s great to see them continuing that work. They just started the Brother Mike award too. I mean, I came up in Donda’s House which is now called Art of Culture, and I think they’ve done a lot of great work too. So I think those are all places where folks can go to get their bar off. 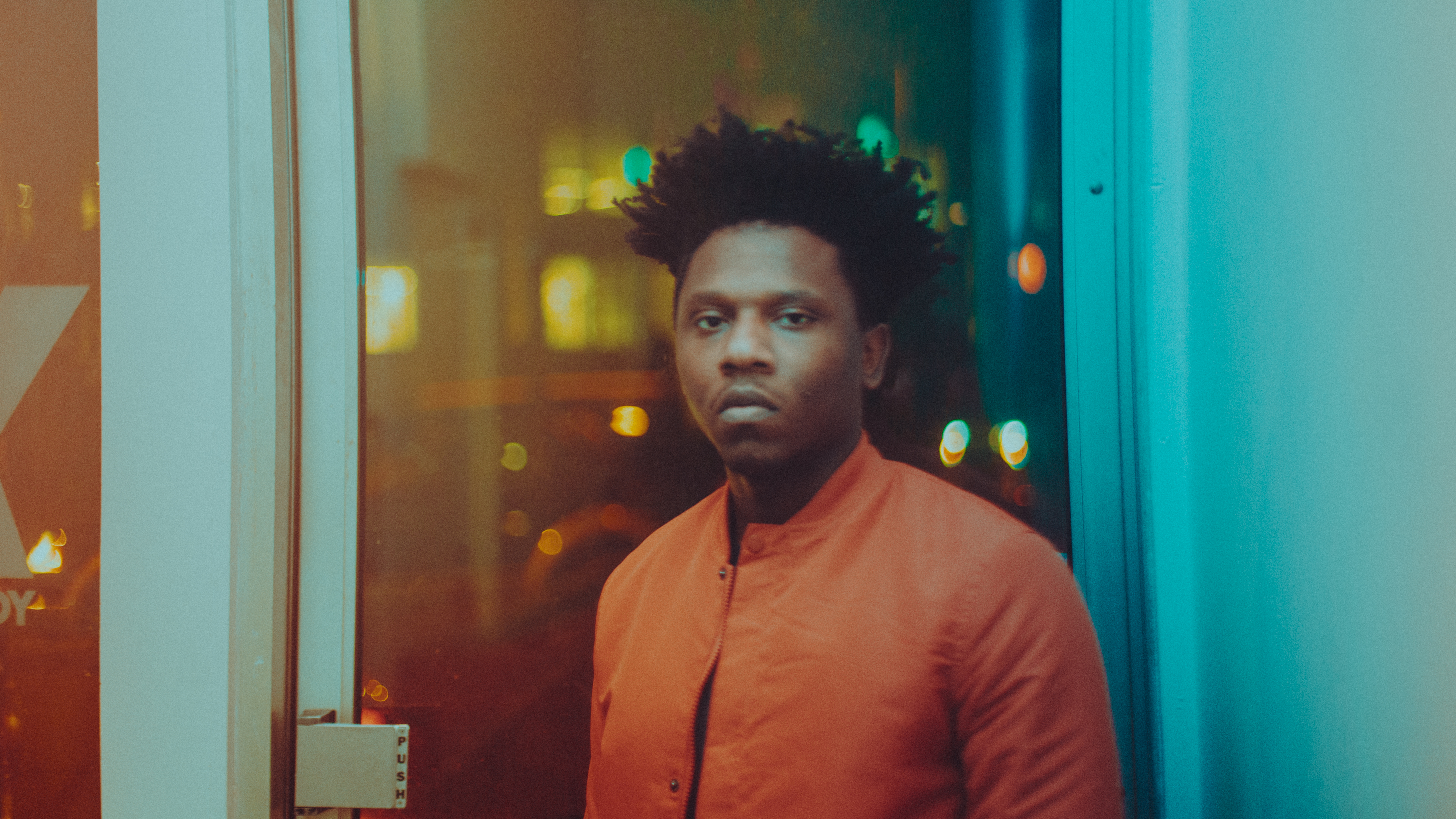 What do you think are the elements are that make a great emcee?

My biggest thing, in terms of a full well-rounded MC is crowd control and just being able to perform, you have to have your performance chops up. I think there could be an MC that is not even really saying much … But if you know how to control the crowd and you know how to perform that’s really number one to me. Number two is just intent. I’m not, you know, pushing for everybody to be a conscious rapper. I’m just pushing for when you sit down and you write a rap, or you get up to spit, there’s some intention behind it. You’re not just saying anything or rapping, like all willy nilly. You could be talking about giraffes but as long as there’s an intent behind the way you are saying it, and you’re you’re focusing on like the craft, trying to deliver it in a unique or a dope way that captures the ear. I’m always down for that.

So I will say performance, intent, and general vibe and relatability. When when you’re around people, you have this energy to you that says I’m going to, you know, go crazy on this stage. I’m going to body, this performance body whatever verse I’m gonna spit. You just have the energy to you. Even if they don’t see it when you first walk in the room … as soon as you hit the stage they know. I think that’s another important thing too. 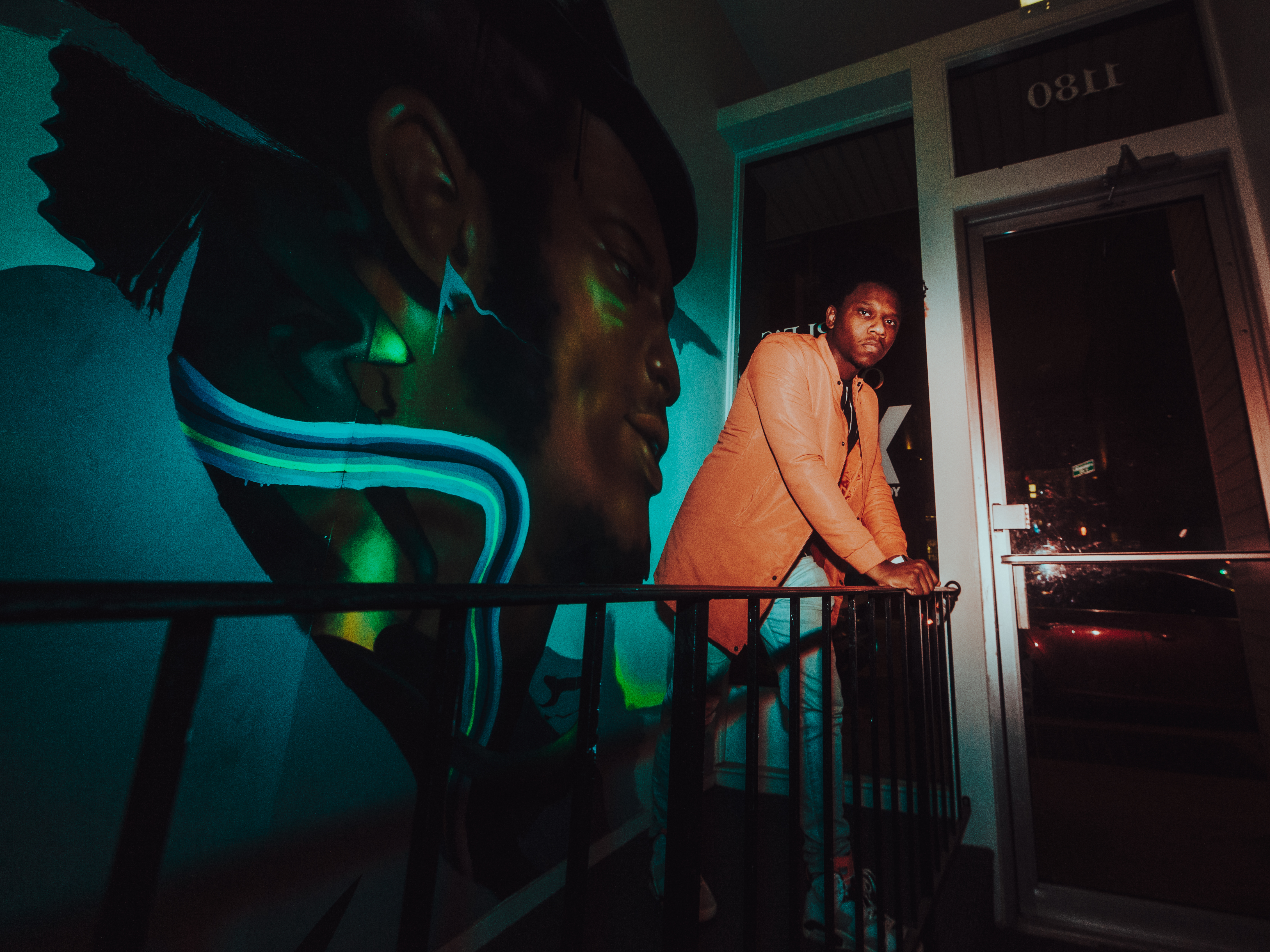 Hip-Hop is an ever changing genre. Since you’ve been doing it, what what have you seen change in hip hop? Do you think it’s for the better?

I mean, I have like, I have positives and negatives. I’ll say the negatives first so that we finish on a good note. One of the negative changes is this: I think a lot of that intent that I just talked about, has left. Because of the ease of access that technology has provided, anybody cab just get in the studio then say anything to a really nice beat. To me in that situation it is the producers that deserve those props, not the person who didn’t intentionally sit down and write. I’m trying my best not to sound like a old old head, like “oh, y’all suck.” And that’s not at all what I think, I just think that it’s lost a lot of intent. People just get in the studio and do it really fast instead of trying to meticulously create music.

I think a lot of the positives are kind of in that same ease of access that technology has provided. We don’t have to rely on the same mediums, even 10 years ago that we relied on to get new music and hear hose artists all around the world who are intentionally making music and intentionally making hip hop, I can literally just get on Spotify, and look at suggested and find so many artists all over the world. I can get on Instagram and that is now my medium to interact with artists I like instead of having to wait on a press release to come out, or having to turn on the news, or having a look at a tabloid to know what’s going on with them. I can get all the info on you right there on your Instagram, and never have to wait. Everything is right there for us. I think that’s a beautiful thing that’s changed about hip hop. 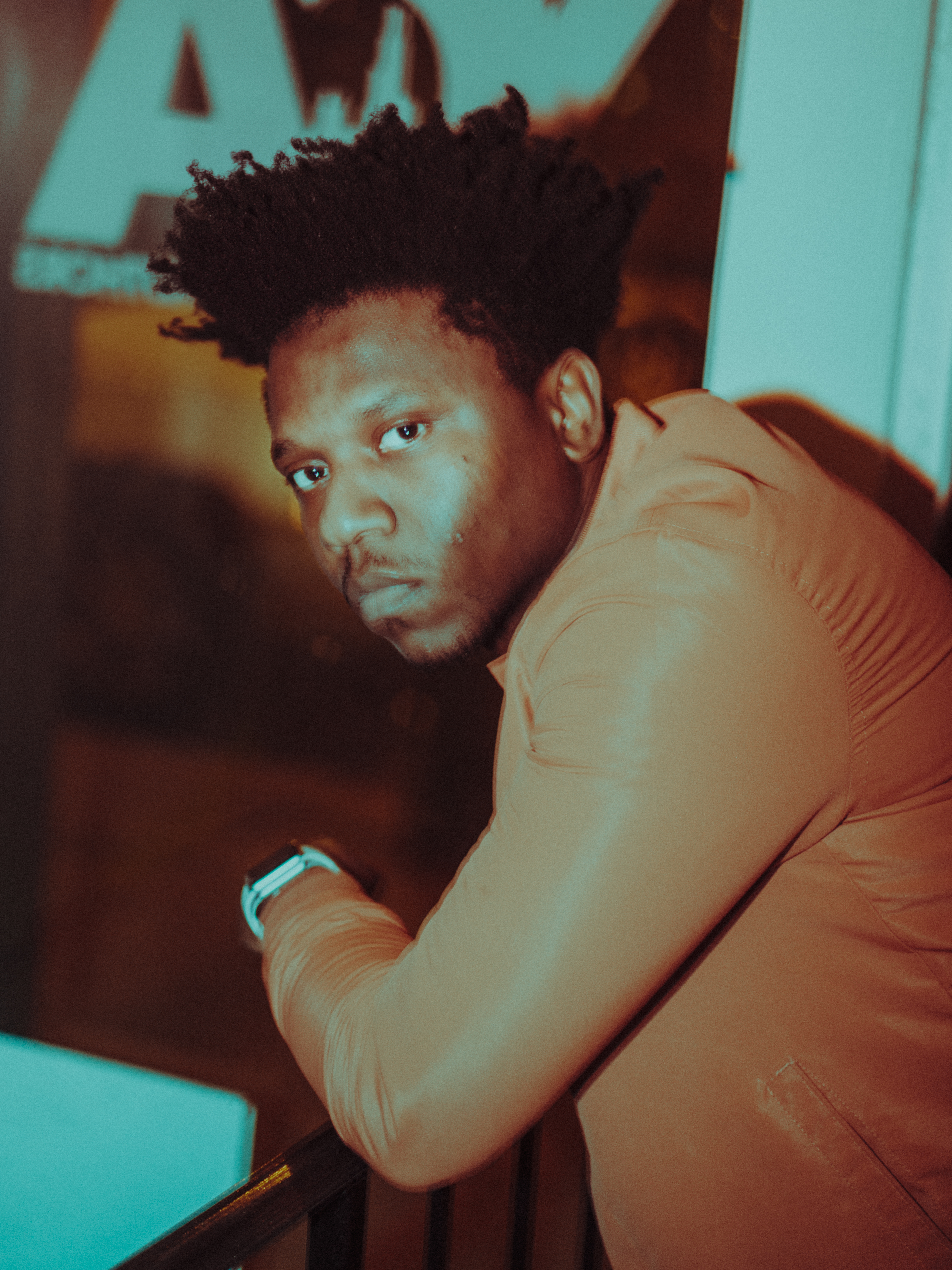 The technology has totally changed the landscape …

Another thing is, I think that a lot of folks are tapping into a lot of different genres and fusing that with hip hop music, which I think was something pioneered by Kanye West or Pharell. These are guys that took genres they were interested in and found ways to fuse it into this music that they love so much. These days, I think a lot of artists are doing that and its really, really dope.

A great example is a guy like Roddy Rich who’s popping right now among young folks. He’s cold because he’s able to sing but he’s talking about the same things that we’ve been hearing in rap for the last few years, and doing it in a unique way. And there’s so many other people who I can rave about like that. I think that’s another great thing that ease of access is allowing us to have our artists right there at our fingertips, and then how the artists that we tap into are pushing the boundaries of the genre by tapping into other genres and bringing it back to hip hop. 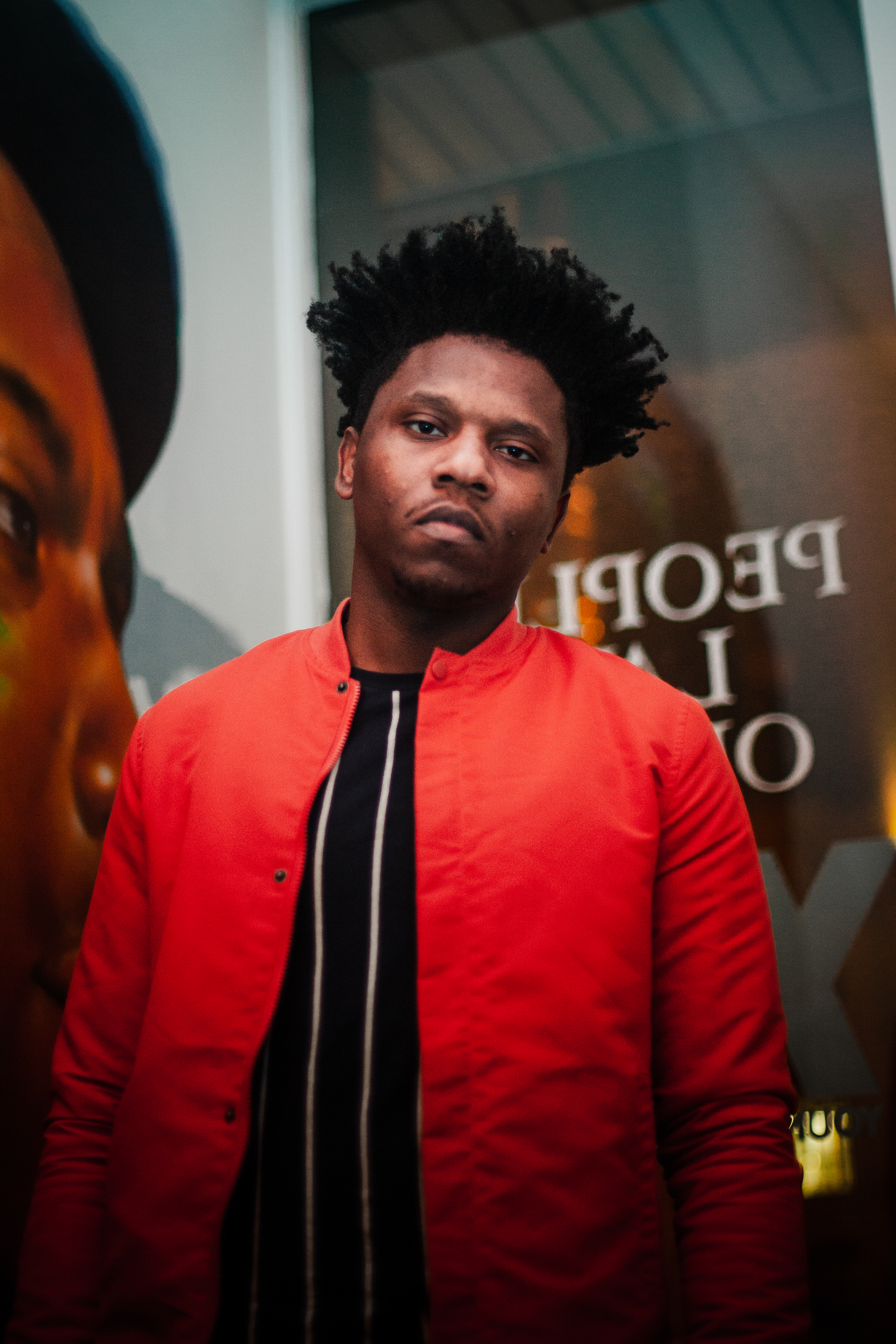 I’m excited to host! I’m excited to see the event from the stage again, I hosted it two years ago, last year, I didn’t get a chance to. I’m just geeked to see that perspective. I get to stand over this and watch all the fun that these people have. It’s a different vibe when you’re on the stage and you just see how enjoyable it is. Another thing I’m looking forward to is kind of like that fusion of the past hip-hop mixing with the modern hip hop scene in Chicago, seeing what that synergy looks like in person. 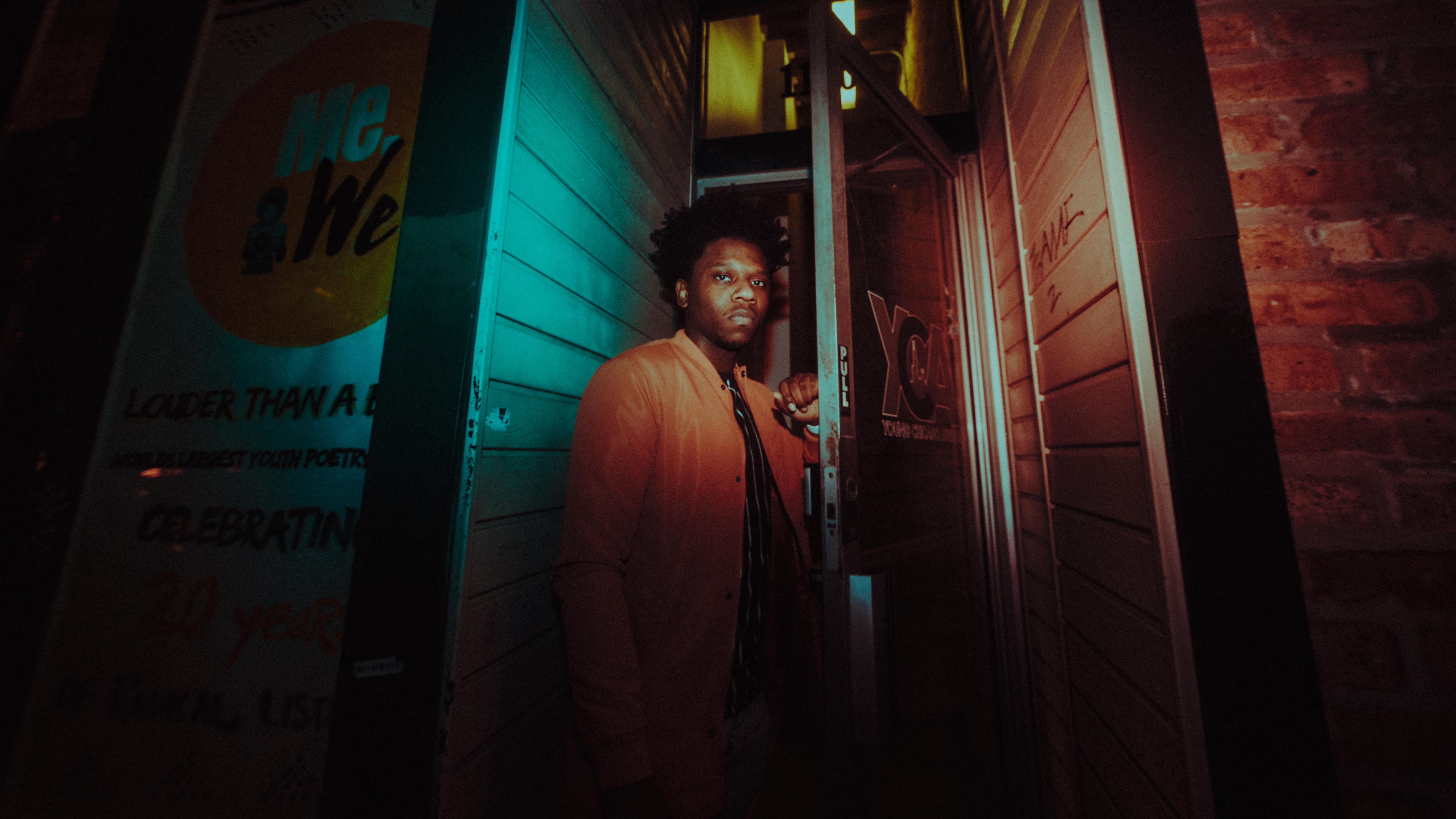 Our theme for Winter Block Party this year is “We The People.” How does that relate to the work that you do as an artist, a host and a person?

I see it as “We Are The People” I see it as our people are the ones like pushing forward the culture right now. We are those people, we are the ones you’ve heard about, we are the ones pushing the culture forward and making things that are relevant to the city of Chicago. For me that involves asking myself … How can I be saying something fresh and doing something fresh? How can I do something that keeps the people engaged and excited to be a part of the Chicago community and excited to be a part of the hip-hop community. 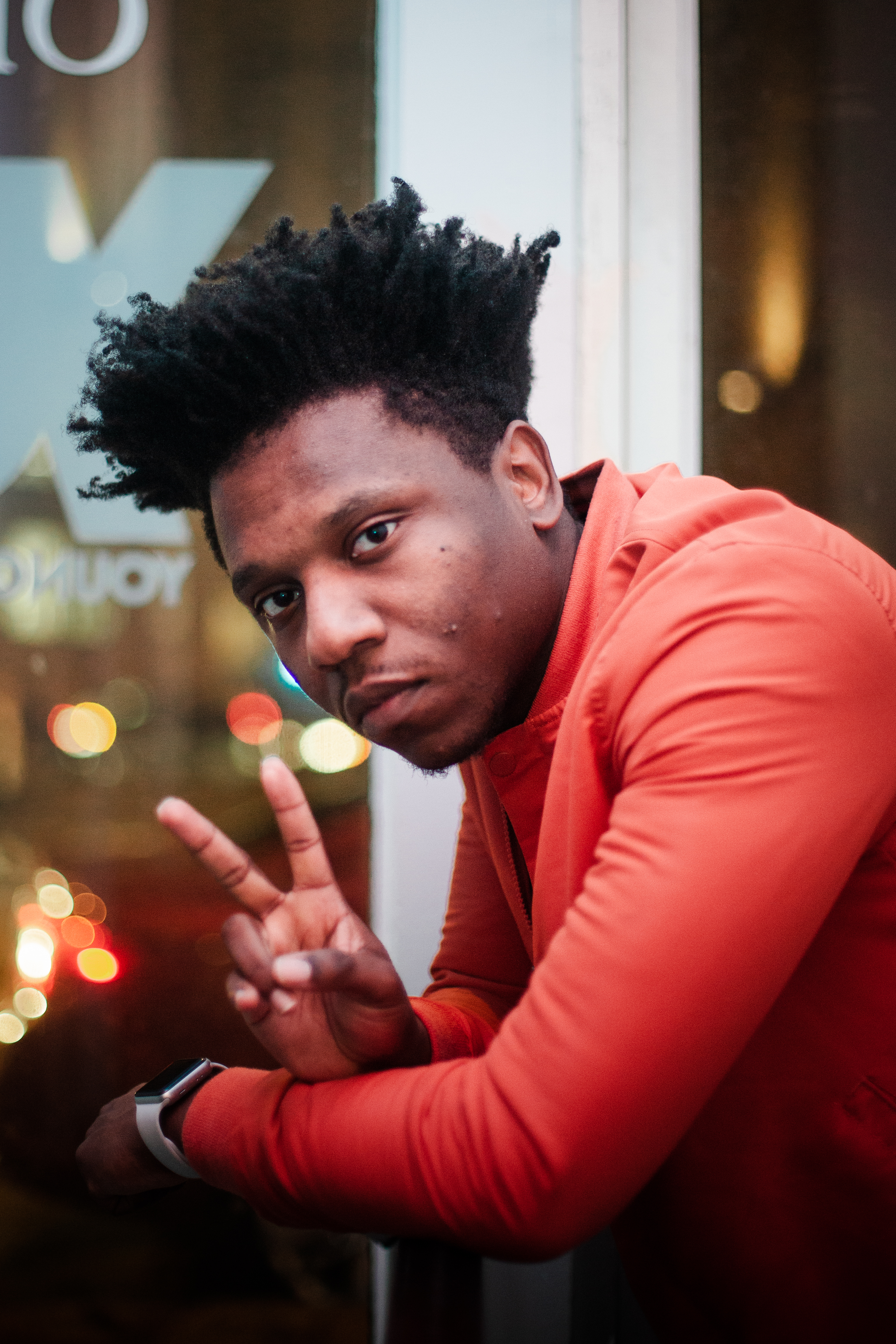 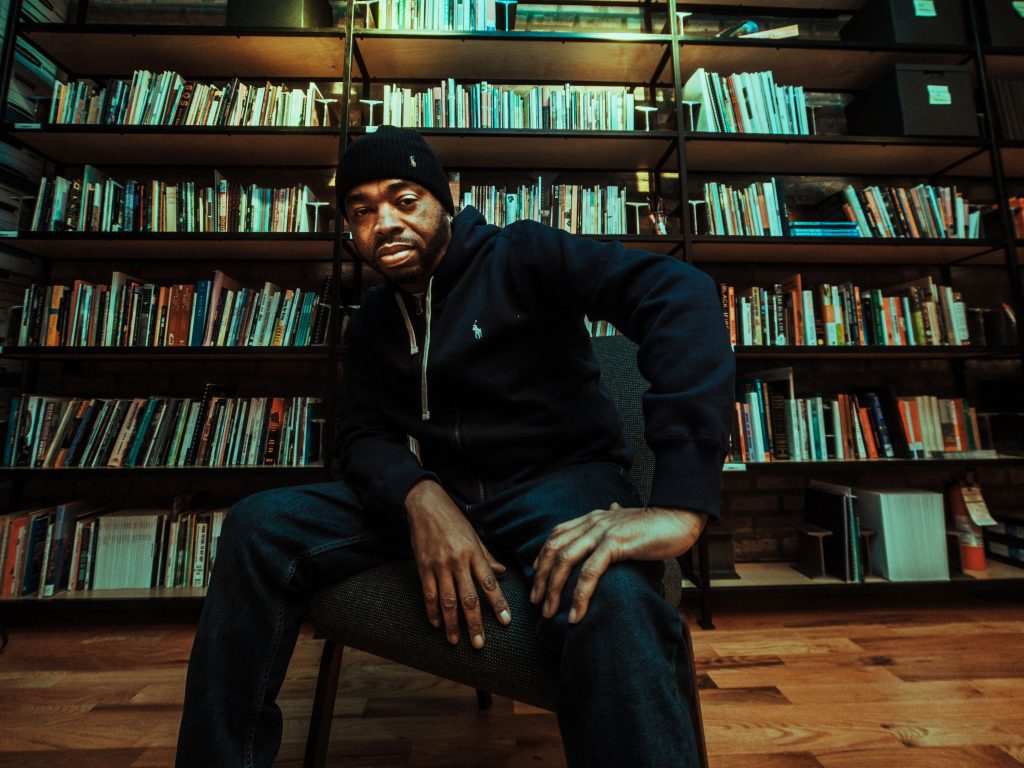 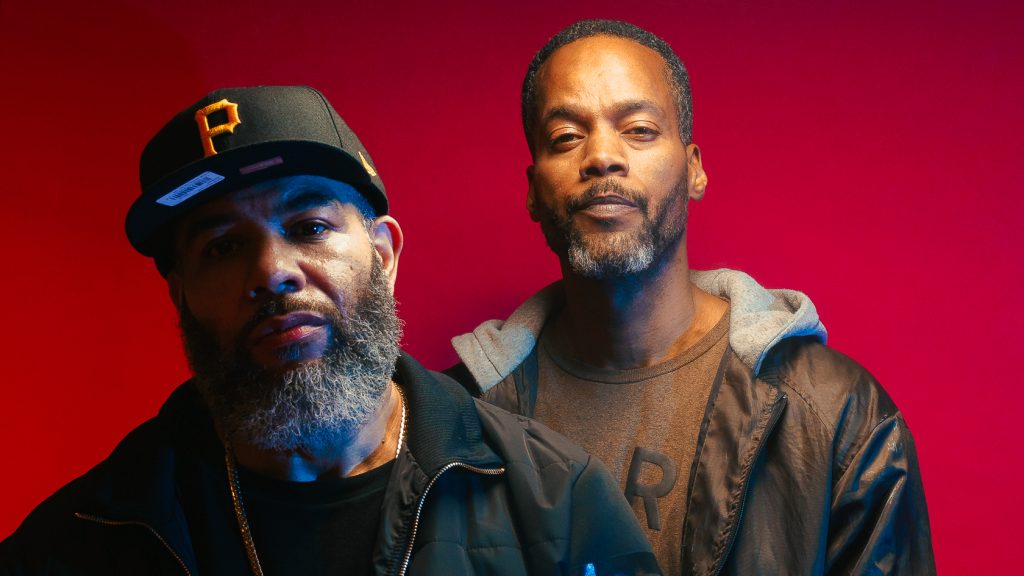