Maleah DAWN Is Becoming Everything She Thought She Would

Maleah DAWN embraces all of her “quirks and perks” with “In My Home.”

Maleah DAWN is a singer-songwriter, musician and self-proclaimed oatmeal aficionado based in Jackson, Mississippi. Raised in an artistic household with a father who was a writer, Maleah would made up and sang songs for her family throughout her childhood. She began writing these songs and poems down around 2010, releasing her first single, “For Myself,” in 2019. From there, Maleah DAWN decided to dive headfirst into music and establish herself as an artist.

Maleah is currently entering her senior year studying social science and ethnic studies at Jackson State University in Mississippi, where she has been afforded opportunities to expand her music career and performance experience through joining several art collectives and by opening her school’s 2021 Homecoming Concert, featuring Flo Milli and Lil Durk.

Released in November 2021, her second single, “In My Home,” is a breezy alt-R&B jam which earned her a spot on Vocalo’s on-air rotation in May. According to Maleah, the song is an ode to self-discovery and the frustration it often brings.

We heard from Maleah DAWN about Mississippi’s rich musical history, the meaning behind her name and the formula behind the perfect bowl of oatmeal.

“I’ve been intentional about making the most of the moment.”

How does Mississippi’s music culture influence your style?

One of the ways that Mississippi’s music culture influences me is through its vulnerability and truth. Attending Jackson State University, I am surrounded by numerous artists and creatives who are unapologetically themselves. I am inspired by the drive and grit that lives in artists from Mississippi.

Part of what also inspires me is the deep history of blues, gospel and soul music that lives in the soil of Mississippi. Before attending Jackson State University, my first year of college was at Delta State University, which is in the heart of the Delta, where the blues was born. While there, I was formally introduced to the blues and how genres like it and gospel set the foundation for R&B, jazz, rock ‘n roll, and many other types of music. That environment, those courses and being in a place where Mississippi created so much musical history… I left there with a better sense of where I wanted to explore musically, and motivated to embark on this journey and all of the fullness and trials that may come.

You’re currently attending Jackson State University. What has your college experience been like so far?

So far, my college experience has truly been amazing. While it hasn’t been traditional — one year at Delta State, one year of remote learning and one year on campus at Jackson State — I would not trade my experience. I have met great people and musicians while attending both DSU and JSU. I joined organizations like Outspoken Arts Collective at JSU [and] I also was a former student of the Delta Music Institute at DSU. I even had the opportunity to open for Flo Milli and Lil Durk at JSU’s Homecoming concert this past year, which was an honor. With each year and environment, I’ve been intentional about making the most of the moment.

Your most recent single, “In My Home,” was added to Vocalo’s on-air rotation for May. Can you tell us about the inspiration behind the song? You’ve hinted it took almost a year to finish — what eventually made you feel like it was time for “In My Home” to be released?

I initially wrote “In My Home” in May 2020… how ironic. We were early in the pandemic, and instead of returning for spring break, I returned to pack my Delta State dorm and go home for remote learning.

After finishing my last final, I watched “BECOMING” on Netflix, and as soon as the credits started rolling, lyrics began to fill my mind. I immediately rushed to the laundry room with my MacBook to record. Earlier that week, I screen-recorded a beat from IG stories from the producer, FLYWALKER. I threw that into GarageBand on a loop and started saying everything I’d been holding in and feeling about this semester and my first year of college. It’s about 10:30 at night. While I’m recording, I started to think, “What if I send this to FLYWALKER just to show, ‘Hey, look what your music inspired!'” With that in the back of my mind, I sought to have a solid hook and verse or at least an interlude. By midnight, I had done just that.

What pushed me to release “In My Home” was after I performed the biggest show of my career thus far, as the opening act for Flo Milli and Lil Durk at JSU’s Homecoming concert. My first professional performance, and the song wasn’t out for release that night or weekend to capitalize on such a historic moment for me. I knew it was past time to release my music. I had to stop waiting for the perfect moment, day or whatever I felt I needed at the time. I spoke with my brother, a graphic designer, finally got the cover art together and released the song the next month.

In addition to your music, you also perform spoken word poetry. What was your introduction to spoken word?

I believe my introduction to spoken word poetry was my dad. He has always been a writer, speaker and poet; I can recall watching him perform as I was younger and being inspired. He spoke with confidence and a cadence that captivated whoever was in the audience.

I was writing music before I was actually aware of it. I used to sing and make up songs on the fly all of the time, and I still do, but one time around the second or third grade (2009 or 2010), I was playing around singing a song for my sister. After I finished, she asked me “What song is that?” and I told her I made it up. After more moments like this, I started to write down the songs I was creating so freely and began writing songs and poems regularly.

Do you have a different approach when writing spoken word poetry versus writing music? How do the two processes differ, if at all?

The processes are very similar for me. My inspiration and writing process begin at random; I often type in my notes or create voice memos. Afterward, I sit with those collections and organize what I want to say or get across. The difference comes in with how I want to communicate what’s written and if I think it would be best delivered via song or through speaking, and that’s how I’d determine if the piece is spoken word poetry or music. As of late, I know from the onset whether it’s a song or poetry, and I’ve been writing more songs than poetry.

What do you like about spoken word poetry as a medium? How does it compare to music?

What I like about spoken word poetry is that it breathes a different life into the poem at its core. Pieces are reimagined through the performative aspect, and I’m often in awe of its great performers.

On the other hand, music is my second language and creating it comes as natural breathing, almost. Through instrumentals, singing and live performances, I feel like I am a part of the song or resting in the composition. Being one that enjoys listening and creating, my connection to music continues to excite me. It thrives on my emotions at a given time, empathy and sitting in the story being told.

Break down the name “Maleah (of the) DAWN” for us.

Maleah is my first name, and Dawn is my middle name. I used to shy away from my middle name when I was younger out of embarrassment or thinking it wasn’t “cute,” when really, I was comparing myself to others and dealing with insecurities… In high school, a shift occurred where I felt convicted and started digging into the root of why I didn’t like my name and concluded that I didn’t like myself — and that was the truth I had been living. During this time, I was also thinking about what I wanted to go by and what my artist name would be… the bold choice was to go as myself. In doing so, Maleah DAWN gained a new meaning, and it’s what I hope my life and music reflects.

“DAWN” is an acronym for “Doing All With Nothing.” It’s an encouragement to embrace each season I’m in and the people and resources. Instead of wasting time waiting for opportunities, I create them for myself. “DAWN” represents the sunrise and the new beginnings each day brings. “DAWN” is a constant reminder to embrace who I am, all of my quirks and perks, and that I am who I am meant to be.

“Of the” represents a state of being and where a person is from. Being Maleah of the DAWN, I’m writing, singing and living from a place that’s making the most of what I have — hopeful and authentically me.

You’re also a self-proclaimed oatmeal aficionado. What goes into the perfect bowl of oatmeal?

My love of oatmeal runs deep. As an oatmeal aficionado, I’m honored to share some of the knowledge gained in the world of oats.

Let’s walk you through this. Whether it’s instant oats, overnight or stovetop, these are the qualities I look for to consider the perfect bowl of oatmeal: consistency, temperature, flavor and consumption.

Consistency is a key characteristic… I prefer mine to be right in the middle, with a thickness, yet it is easy to spoon through. The temperature should be hot enough to feel warm when I eat it but not hot enough to burn my tongue…. I generally mix a few tablespoons of almond milk into the bowl to create the optimal temperature. Flavor, flavor, flavor. My go-to is brown sugar and cinnamon… Consumption: where will you eat this bowl of oatmeal that is now perfect? One of the perfect settings for me this semester was sitting at the table with the windows open for sunlight — in either silence or with a nice scroll through TikTok. 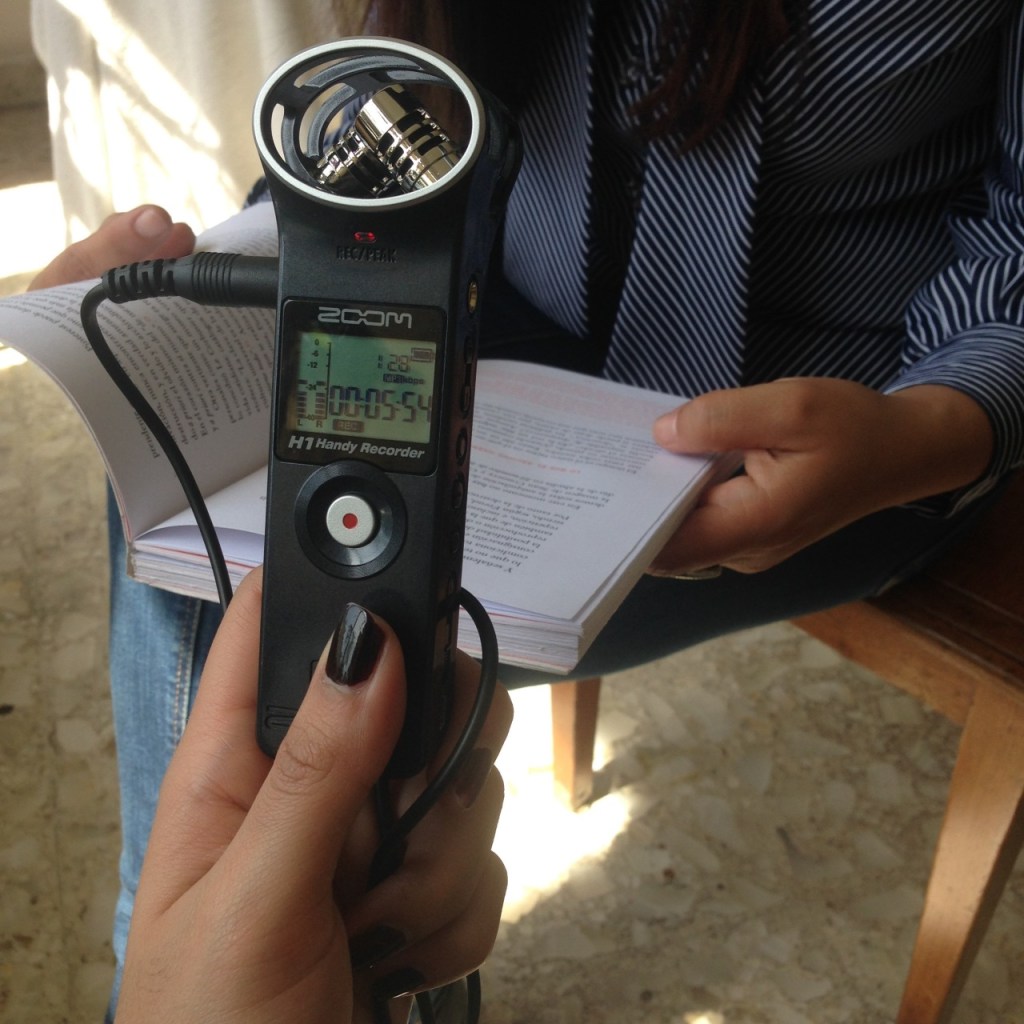 Manasseh Embraces The Light Within On “Monochromatic Dream” 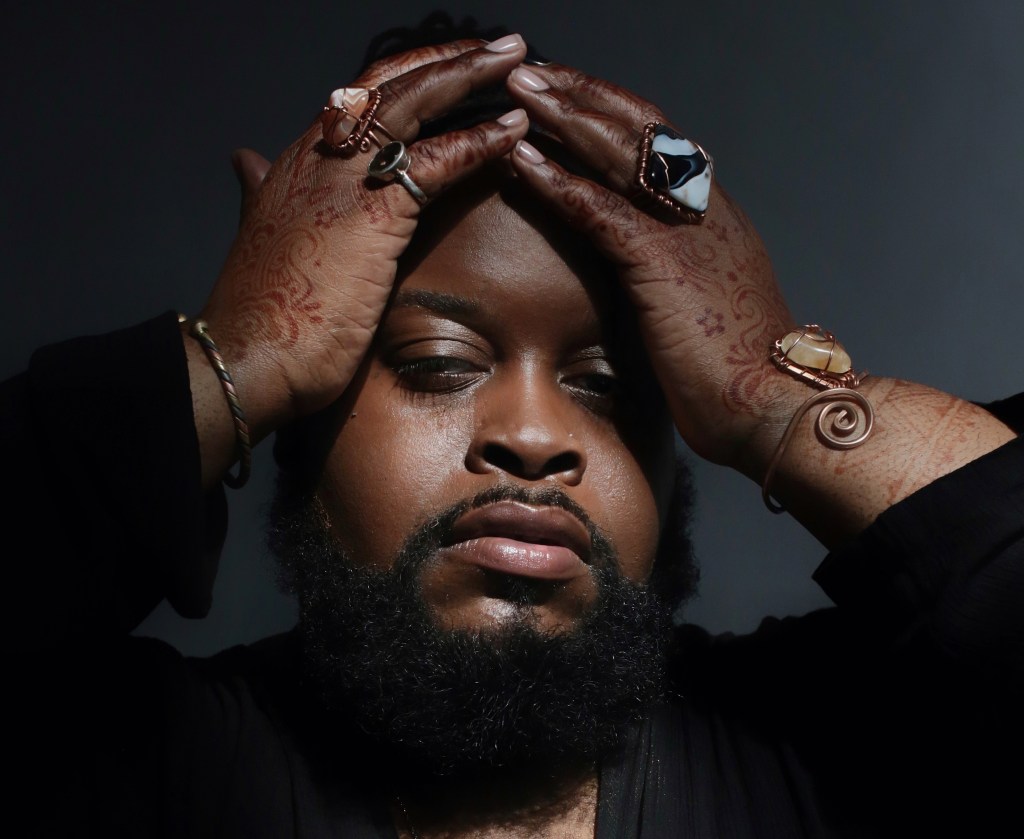