La reseña: Los Dells, a Communion of Sounds and Latinidad

Revive is the third edition of Los Dells Festival — one of the major celebrations of Latin music and culture in the Midwest. In the depths of the forest in Mauston, Wisconsin, Woodside Sports Complex becomes a sanctuary where a plurality of flags and sounds intersect on Labor Day weekend. The outlandish multi-genre music offering makes it a not-to-be-missed pilgrimage for music enthusiasts of all generations.

Photography by Élfego Becerra  (except photos 1 & 2 by Joe Leute) 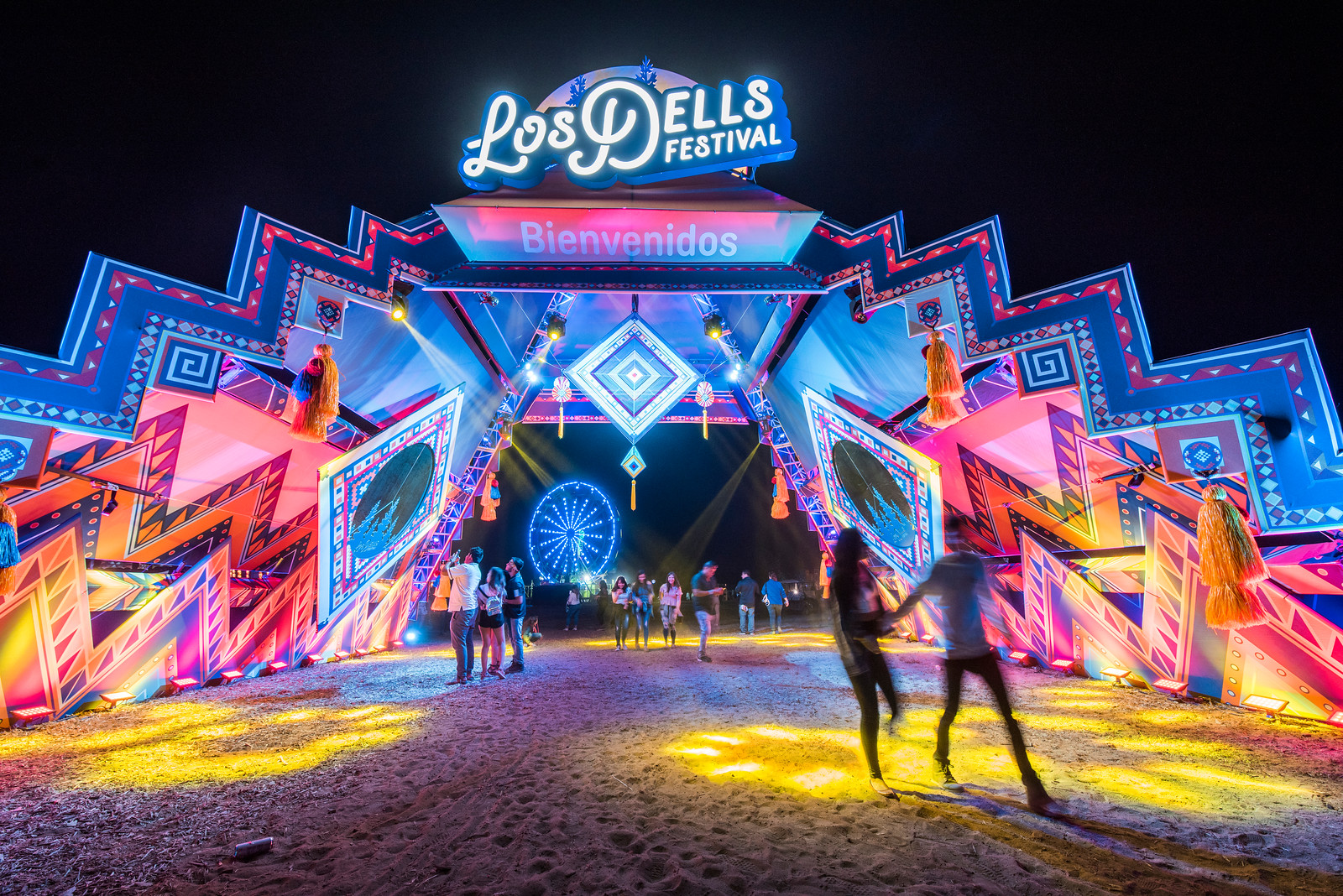 This year, some of the biggest surprises at Los Dells appeared the night before the opening at the Woodside Old Towne, the official hotel adjacent to the festival grounds, where a small stage was mounted to offer a series of concerts on Friday and Saturday night. On Friday, three successful Latin-American acts, Ximena Sariñana, Mon Laferte and Gondwana, offered an atypical performance for press, hotel guests and VIP ticket holders. Mon Laferte serenaded us with her abysmal interpretations of “La Media Vuelta”, “Sabor a mí”, and some hits of her repertoire including “Tormento” and “Funeral.” Later, Chile’s reggae icons Gondwana anticipated their next day’s debut with some destellos de amor y gran armonía with songs like “Estoy amandote” and “Changa Langa.”

On Saturday, Los Dells started off with unceasing lines at the box office—an unexpected step required to exchange an admission ticket for a wristband; this situation definitely annoyed many attendees. Besides the setbacks, families and other delleros entered the grounds exhilarated, and ready to enjoy their two-day getaway. 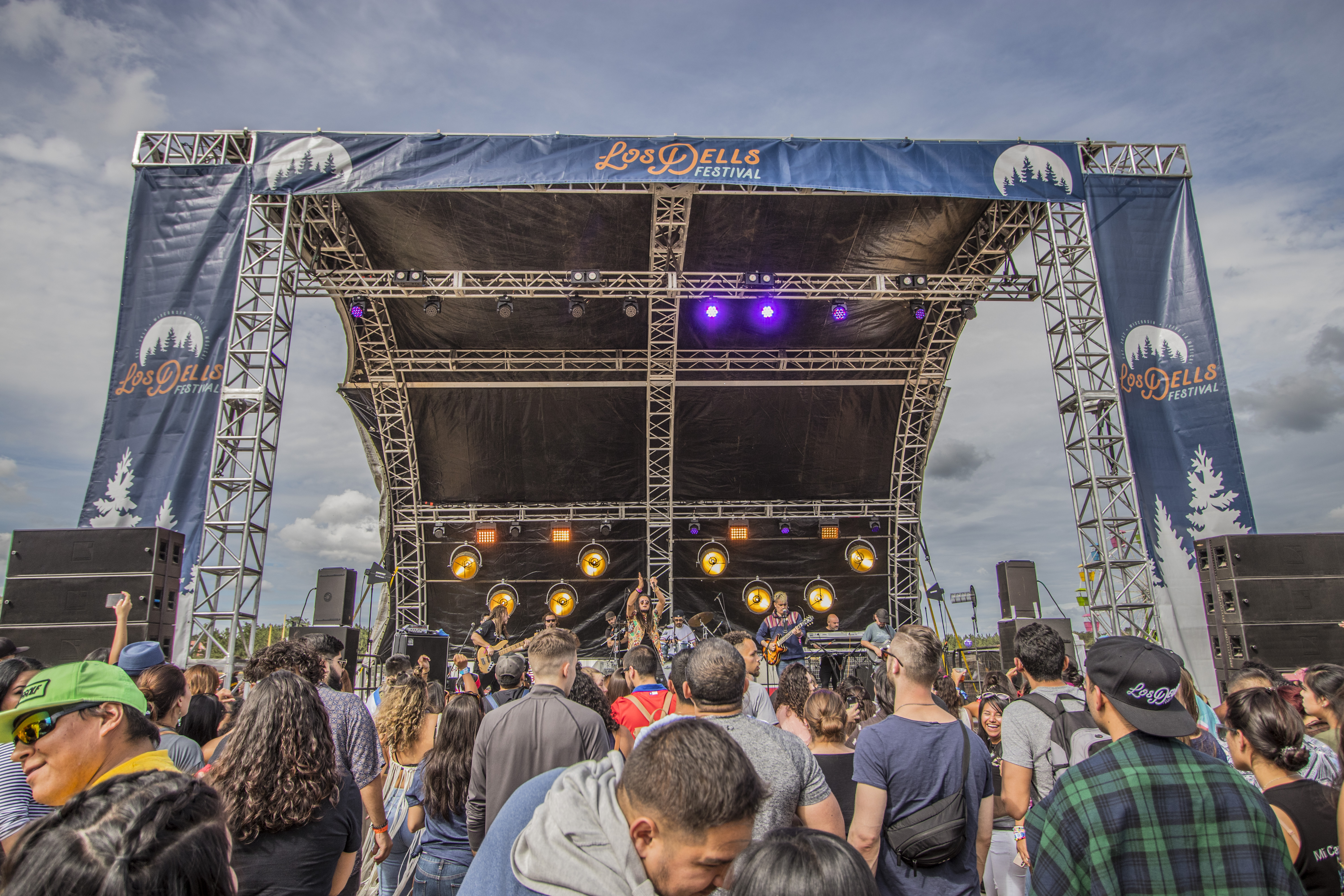 One of the first and most enjoyable performances was delivered by Gondwana, a quintessential reggae band that had a great recital at El Bosque Stage. Vocalist Maxi Vargas and the rest of the band demonstrated why they prevail after more than three decades of activity.

Our next favorite act came right after with Ximena Sariñana who engaged the audience with a Latin-rhythms flavored performance setting a great vibe at the Woodside Stage. People danced to her interpretation of “Mis Sentimientos” by Los Ángeles Azules, and her clásico “Vidas Paralelas.” 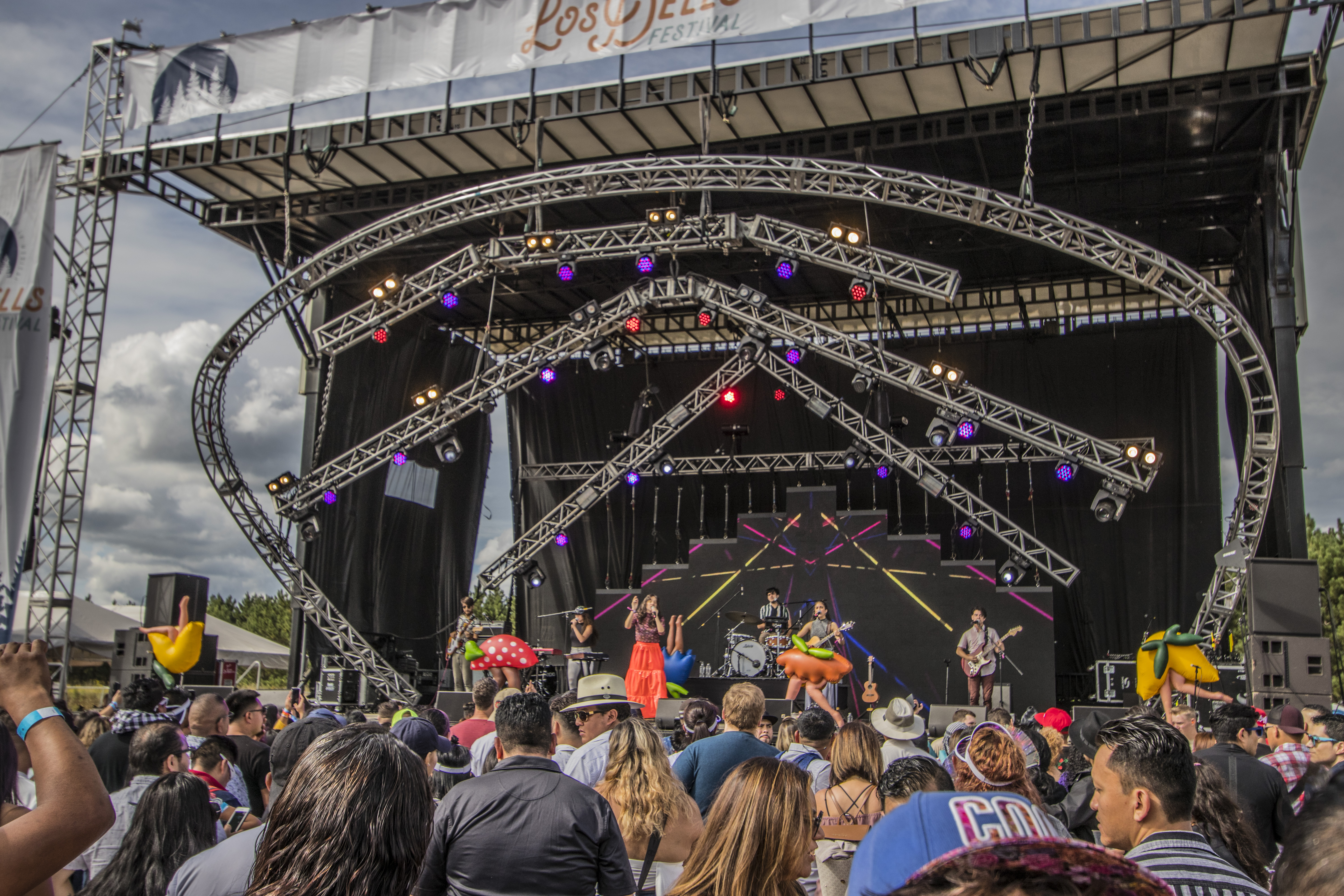 Ya prendidos, we had to get ready for Café Tacvba. While making a few stops by the huge Los Dells sign at the hill dividing the main stage and el Bosque Stage, Elvis Crespo sang his famous “Suavemente,” which took us back to 1998 when this Puerto Rican artist broke charts records after departing from Grupo Manía. 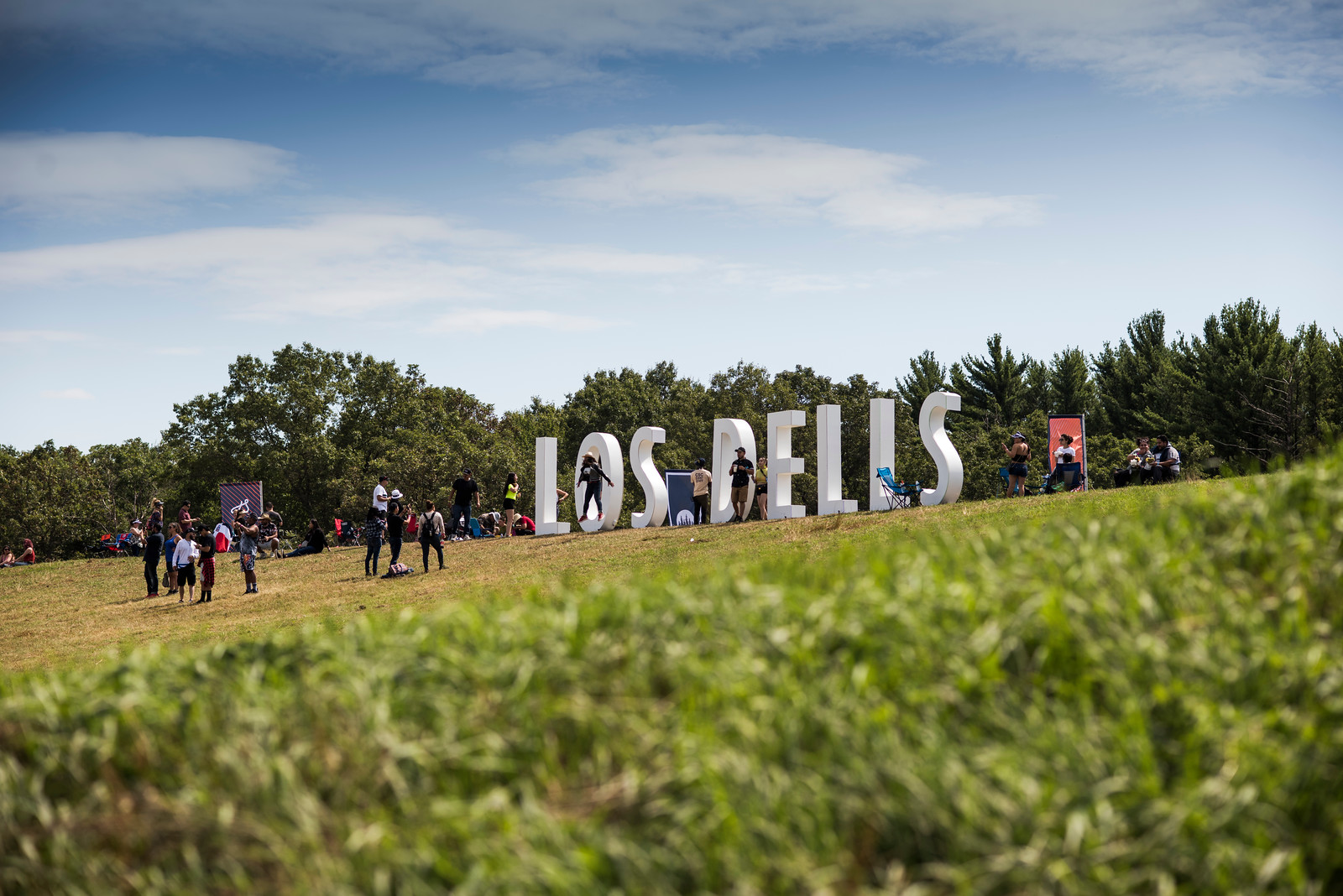 Later, after an energy recharge of piñas coladas, the time came for los Tacvbos to appear at Los Dells main stage. Although their set was delayed, the crowd seemed electrified and ready to dance to hits like “El fin de la infancia”—a song that some of El Fantasma’s fans enjoyed. Cafeta offered a classic repertoire including las románticas “El baile y el salón” and “Eres”. Los fans didn’t mind a bad sounding performance. And, as always, Rubén Albarrán’s exchange with the audience was full of energy; estar rodeados entre este bosque made it feel like a music offering to la madre tierra. 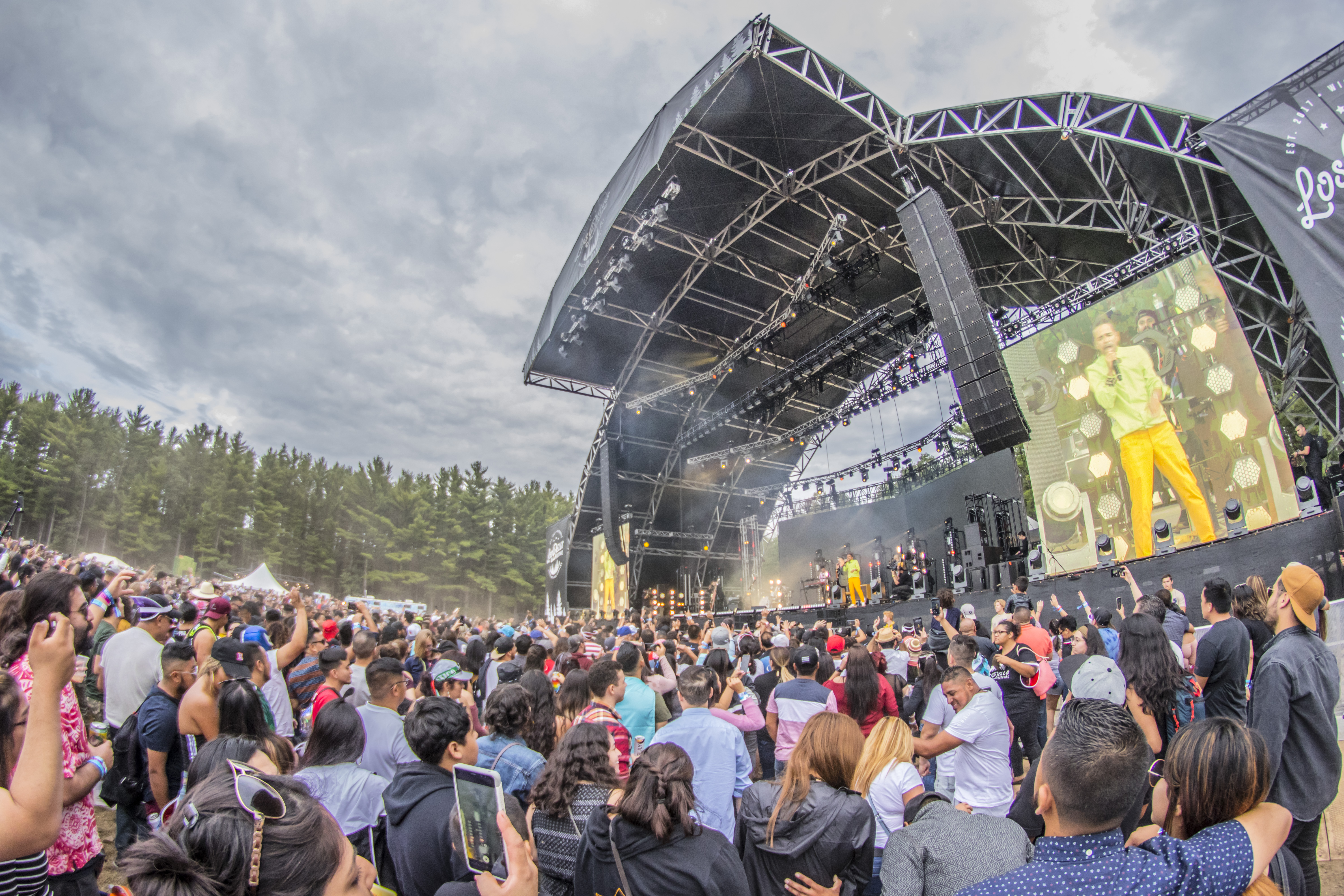 Afterwards, we couldn’t resist staying for a couple of songs to see what El Fantasma had to offer; he indeed ignited the audience with his dose of banda that made us appreciate the beauty of México’s northern folclore, entre el zapateado y bailes pegados of multigenerational couples.

De ahí nos fuimos a esperar a Mon Laferte, one of Friday’s most impressive and well-attended shows. Mon and her band offered a hybrid delivery of songs off of her latest album Norma. “Por qué me fui a enamorar de ti” and “El beso” made us channel our inner Willie Colón and Pérez Prado. The crowd also sang along temas desgarradores como “Mi buen amor“, “Chilango Blues,” and other clásicos from La Trenza and Mon Laferte Vol. I. 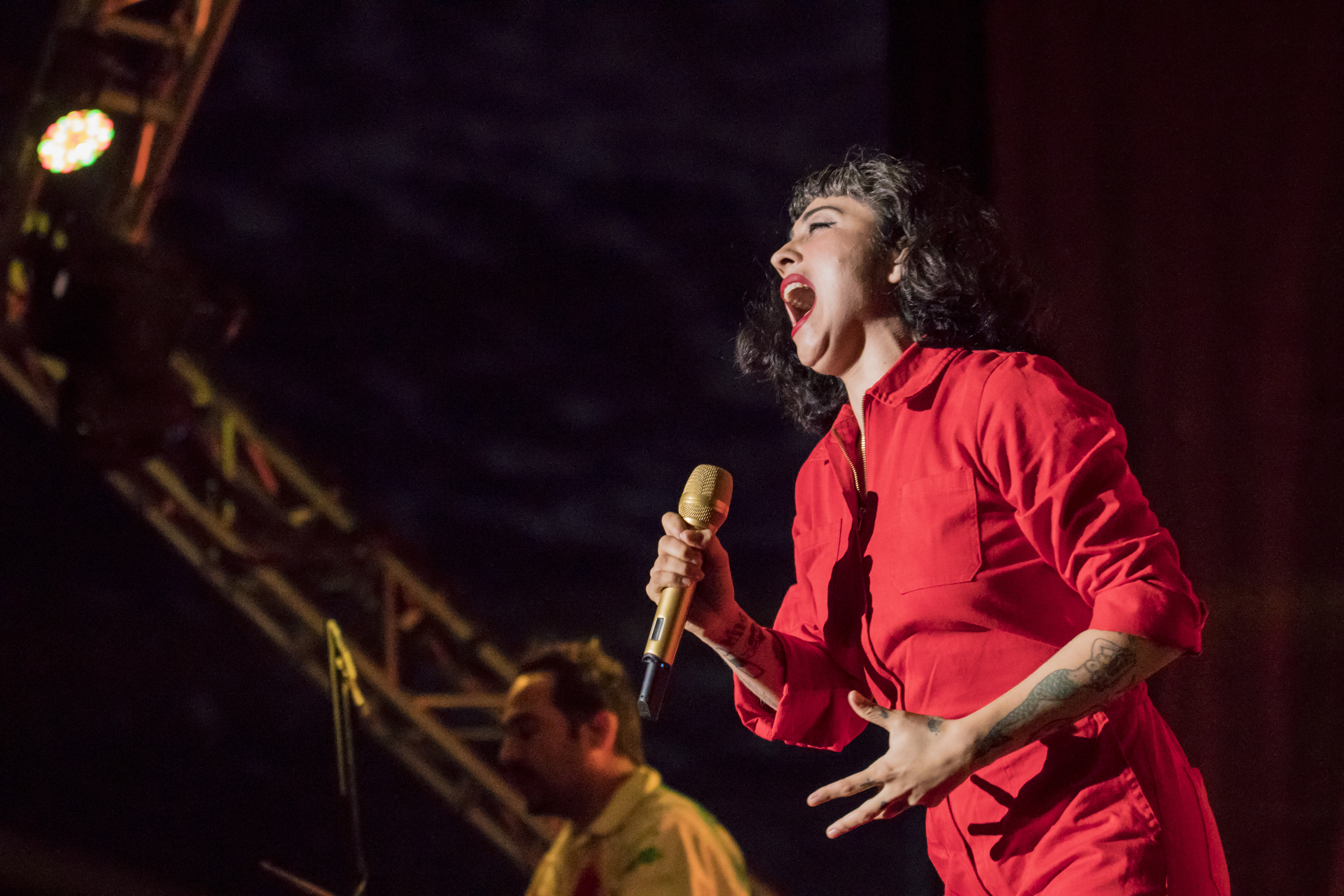 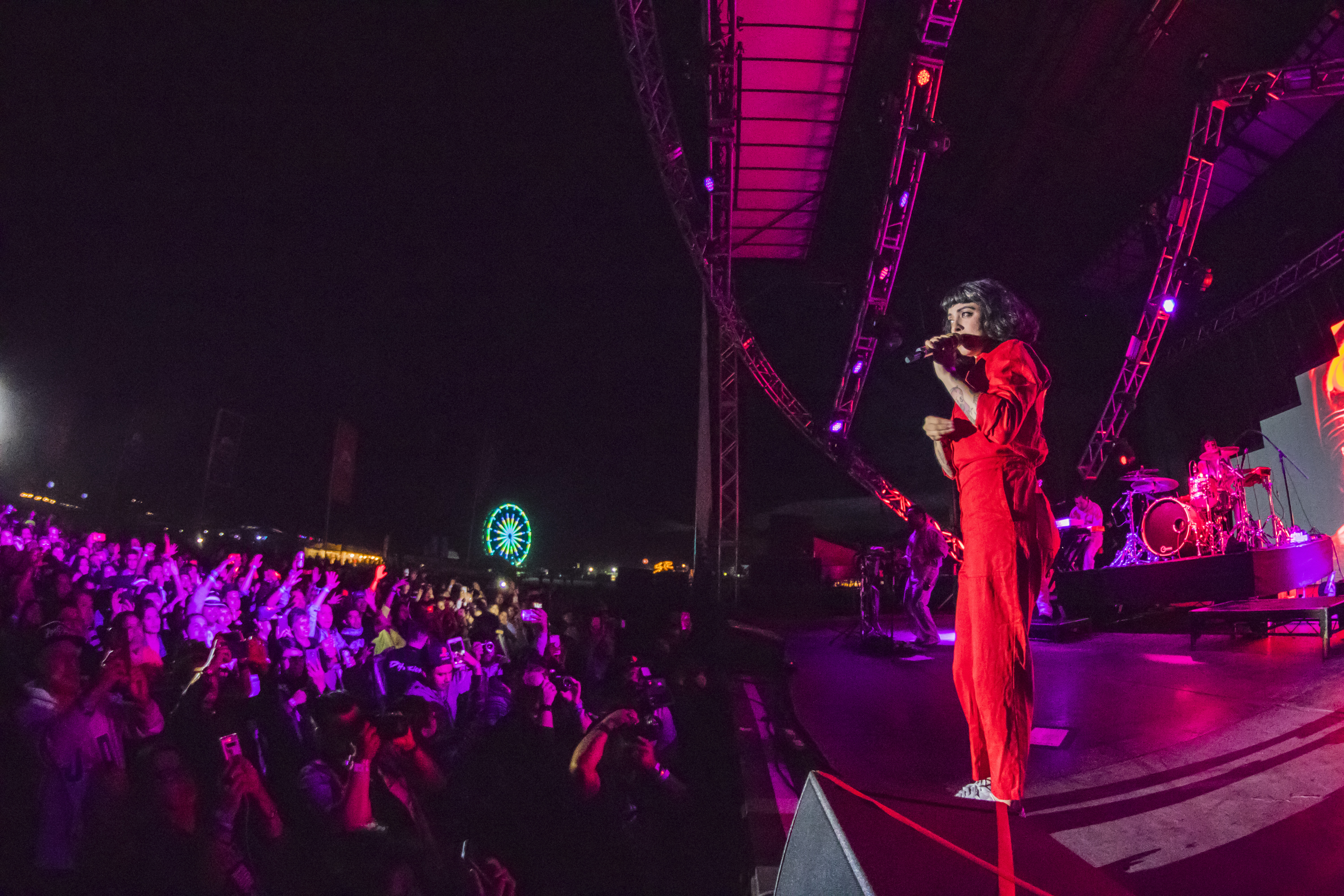 Later, la fiesta continued past midnight at the hotel with a serenata by Natalia Lafourcade. She delighted us with heartwarming songs, including her cover of “Tonada de luna llena” by Venezuela’s Simón Diaz, audience favorite “Hasta la raíz”, and other songs in an acoustic setting.

We kicked off the second day of Los Dells with one of the best acts from México, Guadalajara’s Siddhartha, who refreshed us with an energetic repertoire of his 10-year career as one of the most distinguished alt-rock musicians, and currently promoting his latest EP “Memoria Futuro Vol.1.” 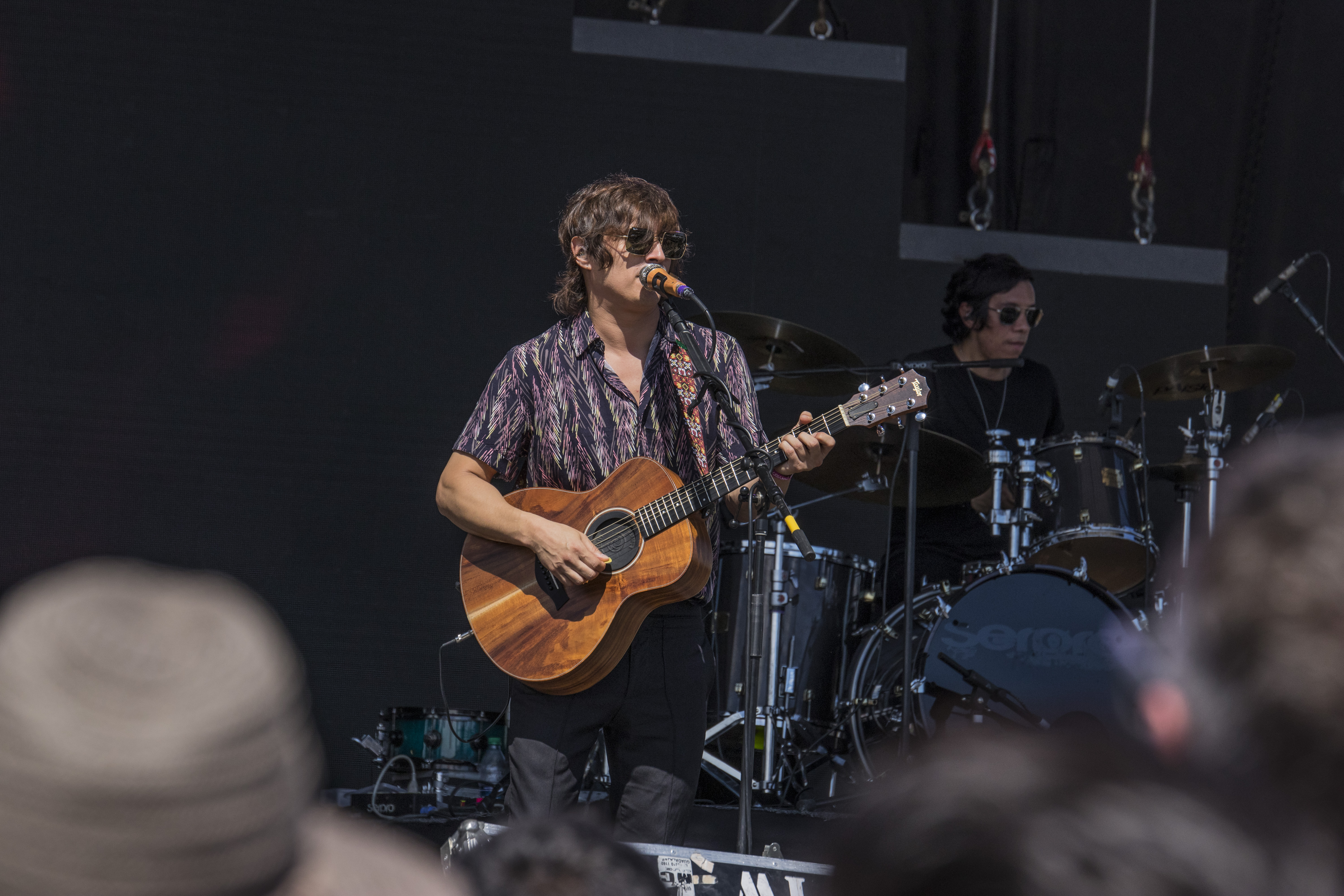 After Siddhartha, we headed to the smallest stage called HWY 90 Stage, a great add on to the experience as it gives exposure to unknown and underestimated artists to a wider audience; you never know what you will find. Here, we caught two up-and-coming Latinx artists. We danced to the rhythms of Salt Cathedral, neoyorquinos from Colombia who delighted us with their dose of electro-Caribbean pop. Curiosos and other fans were enchanted by Juliana Ronderos’ dazzling voice. Another memorable performance at this stage was delivered by Puerto Rico’s PJ Sin Suela, haciendo detonar la rima en todo su esplendor, y conectando a las viejas escuelas del hip-hop caribeño.

Después de tomar un break and before heading to see Natalia Lafourcade’s set at the main stage, we went back to the HWY 90 Stage to catch the popular Mexican alt-rock act Comisario Pantera, but to our surprise, the band didn’t show up on stage. ¿Qué pasó, Los Dells?

Back at Los Dells Stage, Natalia Lafourcade offered one of the most captivating performances of Sunday. Her charisma and interaction with her band members was one of the most energetic exchanges of the afternoon. Lafourcade’s set honored las raíces con un cancionero celebratorio de la identidad latinoamericana. Our souls were warmed up for another memorable act offered by Carlos Vives, quien congregó a la comunidad Colombiana y a otros grupos de delleros de otras nacionalidades unidas por el vallenato.

Los Dells undoubtedly maintains its presence alive in its third year. Even with the flaws of a big production, it has grown into one of the major multi-genre festivals in the U.S. In this Midwestern region with a fast-growing Latino population, labels and barriers dissolve among different generations of multicultural aficionados of Latin-alternative, regional mexicana, reggaeton, and other músicas. It’s not strange to see al compa amante de la música regional enjoy a show by Ximena Sariñana, Elvis Crespo, or a rockero enjoying a dance with Carlos Vives, al popero dándole al zapateado con El Fantasma or getting down to Ozuna. And if it’s not the case, this doesn’t discourage anyone, puedes ir a perderte in this never-ending 1500 acres ranch.

This site uses Akismet to reduce spam. Learn how your comment data is processed.

In Your Ear: Jill Hopkins Shares her Guide for Riot Fest 2019 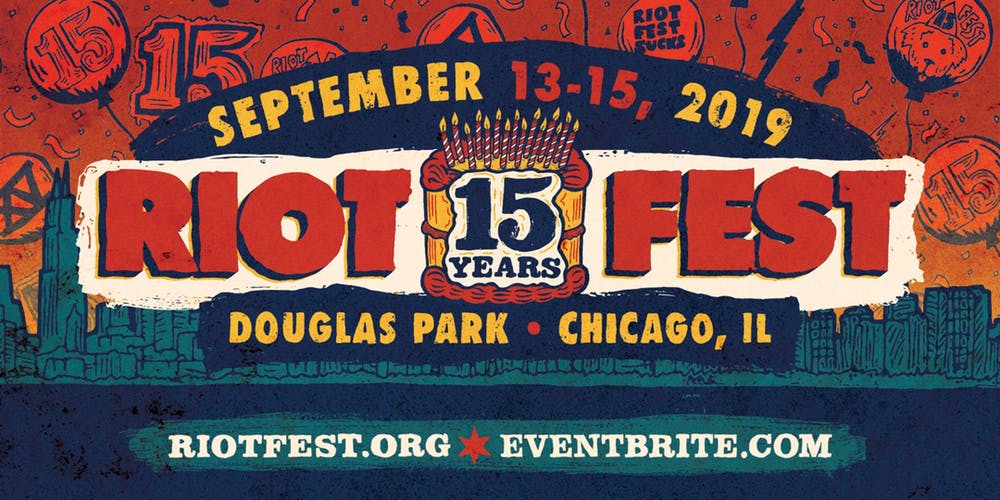 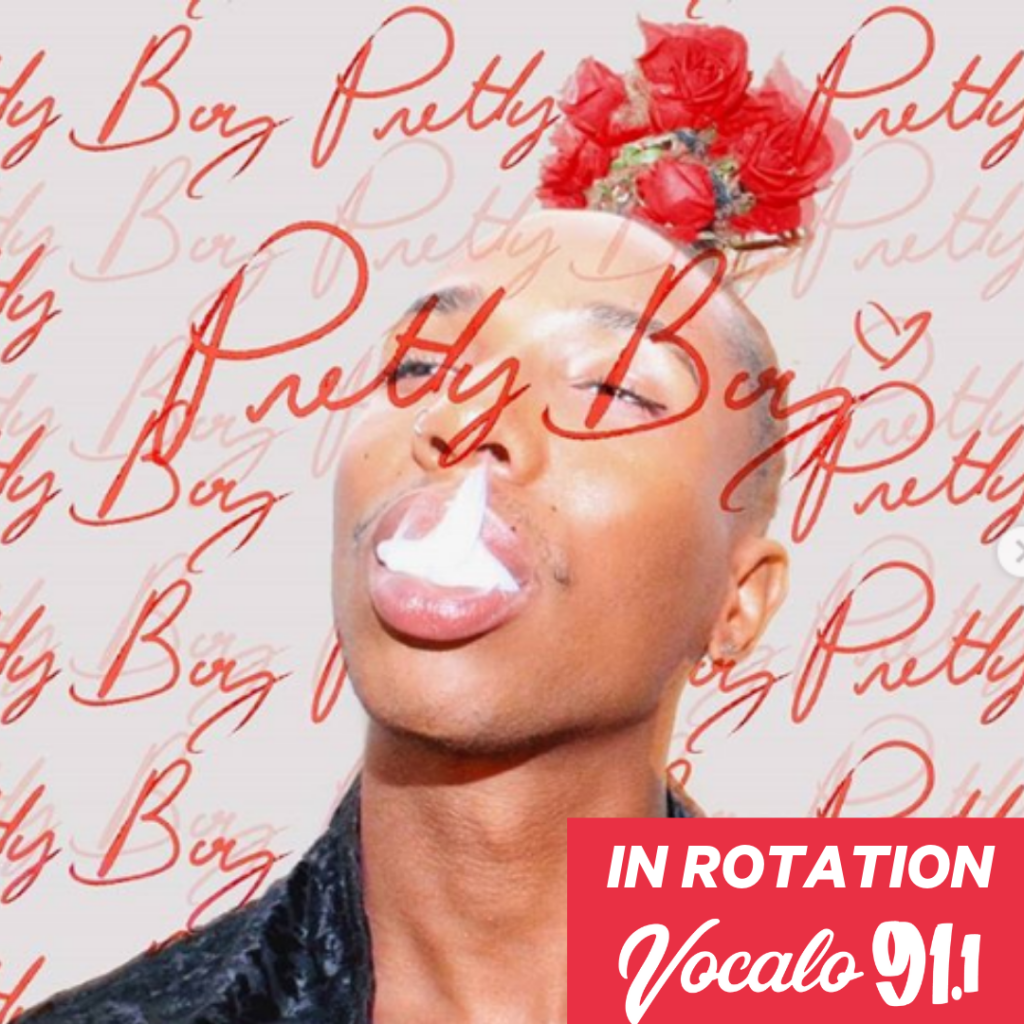