After moving from St. Louis to Atlanta in 2018, Lola Ladae’ hit the ground running with her involvement in the city’s music scene. Within a few years, after attending countless networking events, open mics and playing bass with all Black woman rock band The Txlips, she began coordinating events and creative spaces to facilitate community among Atlanta artists.

An independent artist, Ladae’ strives to create opportunities for other artists and creatives of color in Atlanta and its surrounding cities through her organization The Basement Unplugged, events space Hustle & Lo Studios and event series “Poetic Jazz.”

As an artist, Ladae’ is described as a “young vocalist with an old soul,” blending Neo-soul, R&B and jazz to craft her distinct sound. Her newest single, “You Deserve It,” explores post-breakup emotions and was added to Vocalo’s “Poised to Break Through” playlist for April. According to Ladae’, the song is about letting go of bitterness and moving on from a past relationship.

“Whatever is it you want to try, go for it, but you have to actually put work behind what you say.”

Where are you from originally? Tell us about your move to Atlanta – why did you move there from St. Louis, and how has living there affected you as a person and an artist?

I moved to Atlanta in June 2018 after deciding to dedicate some time to my artistry and make more room for growth and to spend the next few years of my life somewhere new. The move to Atlanta was exciting, I remember being more excited than nervous, and this was my first time moving out of state.

You studied animal science in college! Is this still something you feel passionately about? In what ways does your background in animal science factor into your work as a musician, if at all?

Absolutely! I pet-sit my friends’ and family’s pets from time to time and did pet-sitting service for awhile under my business name, “Lolas Love 4 Paws.” Once music started to take off, I decided to only pet-sit on my slow weeks. I am overall a dog mom, for sure, but I love all animals. I feel that I connect with them in ways that not everyone does.

Your bio says you’re running an organization called The Basement Unplugged and an event space called Hustle & Lo Studios. Can you tell us about these organizations? How and why did you start them?

The Basement Unplugged is an artist collective/org that curates eclectic, memorable events, performance opportunities and artist development for multicultural, multi-dynamic creators and entrepreneurs. I founded [the organization] back in March 2019 after having the vision to build an org for people that looked like me. A creative safe space for songwriters, an organization that recognized women creators and musicians, provided networking opportunities and connected people in urban communities. Today, I do just that. Through this, I met my partner, Hustle, and he ran into an amazing warehouse. We decided to dedicate the space to creatives and host various events around the artist community. Our grand opening is May 29 at 7 p.m.!

What’s one lesson running these businesses has taught you about the music industry?

I’ve learned so much. Just know the music industry is subjective! Everything someone tells you isn’t necessarily true, as everyone has had different experiences. Whatever is it you want to try, go for it, but you have to actually put work behind what you say.

Your song “You Deserve It” is featured on our “Poised to Break Through” playlist for April. Breakup songs are usually very cathartic and easy for others to identify with, because most people have felt heartbreak before. What about “You Deserve It” do you think stands out from other breakup songs?

“You Deserve It” is more of an “I wish you well” song. Giving the message of peace with the situations and affirmations that, “I have let go, I am not bitter and I am honestly happy for whatever you decide to do in your life… you just can never have me back.”

In addition to vocals, we saw on your Instagram you also play electric bass, piano and guitar. Has knowing how to play these other instruments informed or influenced your approach to vocal melodies? Is there a specific instrument you’re primarily focusing on right now?

It truly does! Sometimes it amazes me how freely some songs come together just from playing a few chords on any instrument! I currently focus on bass guitar and have been playing for about four years now. I began playing piano at 7 years old. I played a little in middle school and fell off in high school, it was really the cool thing to do. I remember going to my grandmother’s house and pulling up YouTube or playing her old records and trying to find the correct key on the piano that matched the key on the song. The next thing I knew, I could play simple songs by ear.

After my grandmother’s passing, it took me a while to get back on the piano, for many reasons. The major being, she was always my biggest supporter during the whole process. She would sit and watch me learn different songs, she would watch me get frustrated and have encouraging words to say to keep me on track, she would clap her hands and tap her feet to keep me on beat. After moving to Atlanta, I didn’t want or think to buy a keyboard. It wasn’t until I met Hustle — he gave me an old Yamaha keyboard that he had laying around. My first time performing live on piano since 2010 was February 2022 in Los Angeles.

You’ve worked hard to create spaces for all kinds of art to flourish in your city. What do you feel is your greatest accomplishment? What is a big goal of yours you still want to achieve?

My greatest accomplishment was simply making the move and making it happen. In such a short time, I have built a network of great people, business people and overall creative people. I have been able to connect people and connect with people while maintaining myself as a businesswoman, and that in itself is a huge accomplishment for me. I have huge goals that I still reach for every day!

Being an independent artist and businesswoman takes a lot of hustle and motivation. Do you have any advice for others who have big dreams but might not know how to get started?

Find like-minded people and learn from them. Keep yourself around people that inspire you. Don’t be afraid to let someone know they inspire you. Once you have the inspiration and a plan, now it’s time for action! With that action must come consistency! 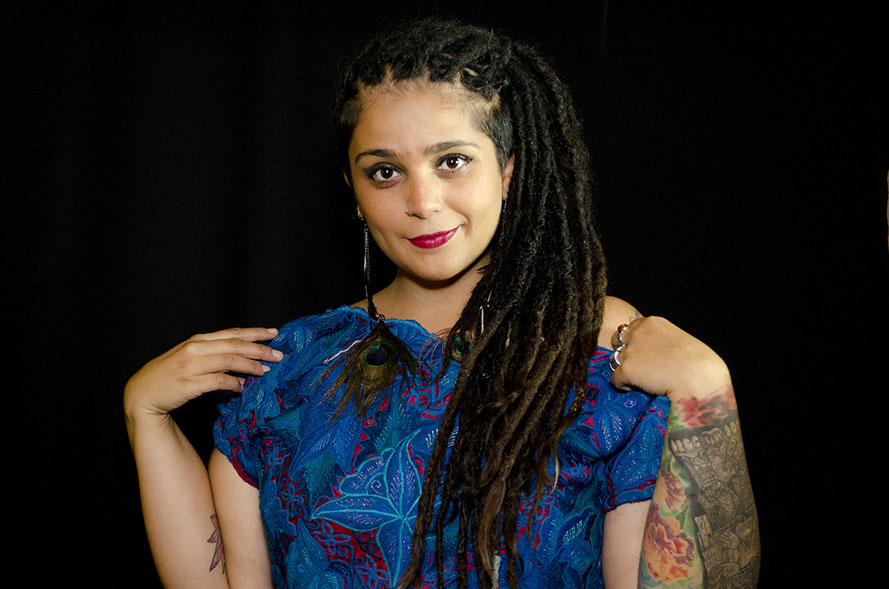 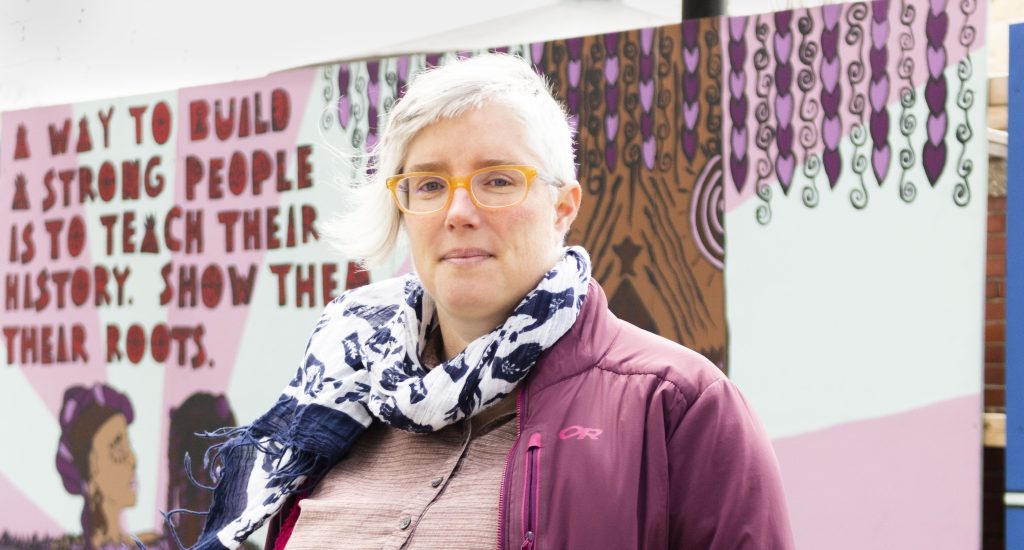