Kiara Lanier is a singer and an actress from Chicago who you might recognize from Showtime’s “The Chi,” Fox’s “Empire” and “American Idol,” or even Chance the Rapper’s Acid Rap. As both an actress and musician, Kiara’s presence is captivating.

Her latest single “Hold On Me” celebrates relationships that last and sharing a love that makes everyday feel like a vacation.

Kiara stopped by Vocalo to talk about how she came to embrace experimentation in her sound, as well as working in television while pursuing a music career. 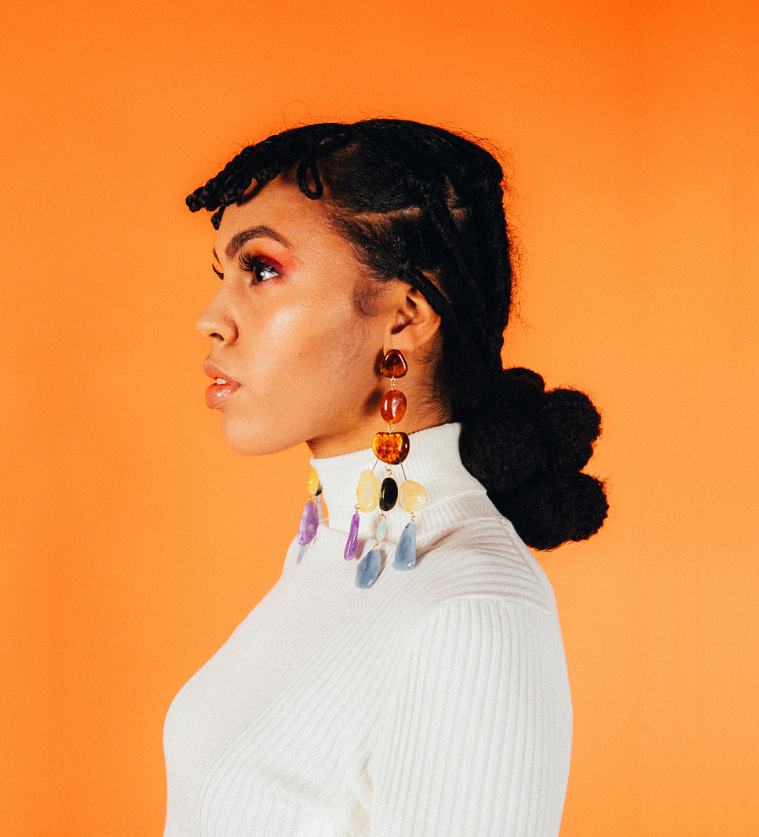 Jill Hopkins: Let’s talk about the early years. For you, did music or acting come first?

Kiara Lanier: Definitely music, for sure.

What were you listening to growing up?

My mother was always about Celine Dion and Whitney Houston, and my dad is still a serious house music head. They also love Bob Marley. I got my musical base from them, but then I started listening to punk rock stuff, and all kinds of music from Europe that no one told me about. I would find it all online or through hearsay, but it was never what my friends were listening to. It was always something more abstract and different. I love jazz, spiritual work, and Afrofuturistic stuff. They all opened me up into this world. Now I feel like all of my best flavors are coming together, like my mother and father’s influences and all of the worlds that I’ve been inspired by since I was a kid.

I feel like all of that is showcased in the new single “Hold On Me.” It’s got that Afrobeat World Music sounding intro that you hear before the vocals start, which really sets a tone for the whole track. Talk to me about why you wanted that sound to be front and center.

That sample is from The Art Ensemble of Chicago. I was very intentional about sampling them, to not only keep money in their pockets, but also because it just sounds so great. Following my last project, this time around I wanted to make music that actually makes me move my body. Something that actually makes me feel good and puts me in a frame of mind of being in love and warm summers. Even though you know, Chicago, we get about two seconds of summer. But I wanted to create this world where it was summertime all the time.

Let’s talk about lyrical content here. When you talk about the person that you’re with maybe being a distraction, but also realizing that you’re better off with them in your life, I felt that in my soul. What do you think defines the crossover of a person’s presence becoming a necessity in someone’s life?

When it comes to relationships, I think it’s important that you can both really add to each other’s goals. When people have your best interests at heart and they actually make put effort into helping nurture you and your goals while also still maintaining what they have going on, that person shows their potential to really be a partner.

I want to talk about “The Chi” and “Empire.” You played a singer on both of them, what have those experiences been like and how do you balance the many facets of your career?

Honestly, it’s been really exciting for me because acting compared to music is new. My TV and film repertoire has only been the last four years, while I’ve been singing since I popped out. 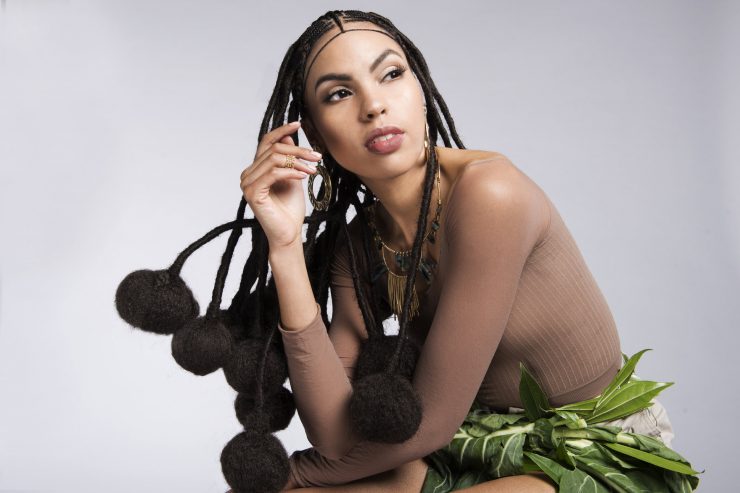 My experience on “Empire” was so fun. I’m just really grateful to have had that experience. “The Chi” was also really awesome, and the writing of the show is really fantastic. The fact that I can be representing the South Side of Chicago is really important because I didn’t see young people that were expressing themselves that way on TV when I was growing up.

Do you have any advice for any fledgling artists out there, especially if they’re thinking about making the move to LA?

Do it! Absolutely do it. And think on a global scale. It’s not only Chicago, New York, Atlanta, LA, but it’s Thailand, it’s Canada, it’s the entire world. Be very focused on what you want, so you can attract exactly what that is. It’s never too early to start making connections with people. Go 10 times harder than than you would have thought. When I left Chicago, I had agencies and a whole band here, and I had to start from zero in LA. Don’t be afraid to be that one that’s going to knock on every single door, because it’s what’s necessary and what’s needed to even get a single answer back.

Marlon Wayans Continues to Build His Legacy with “Sextuplets” 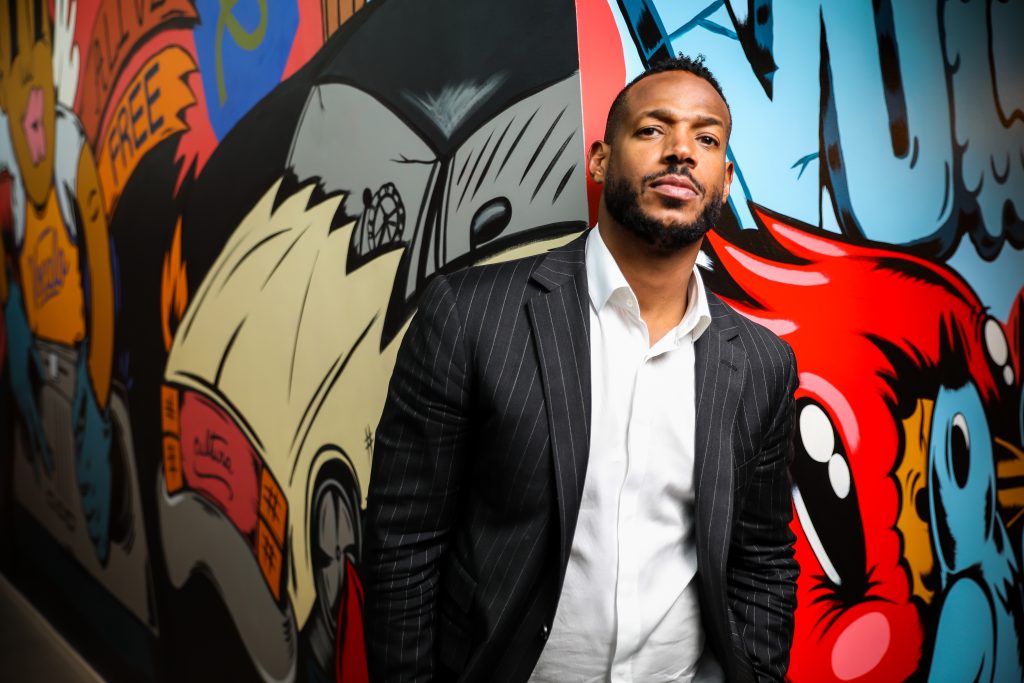 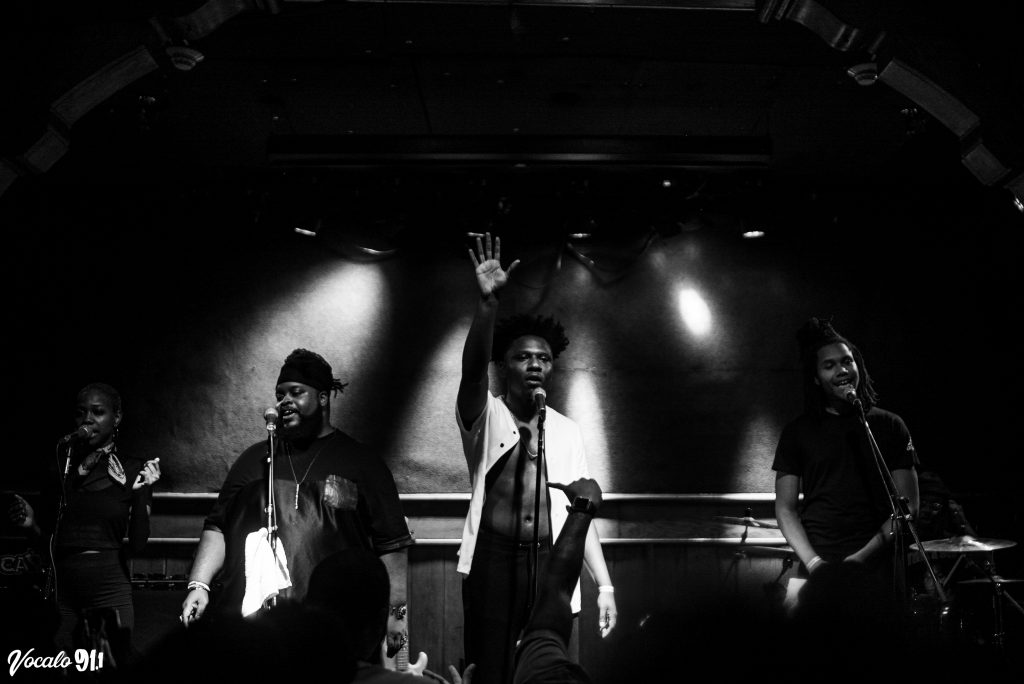