Jimmee Music’s Universe Implodes And Expands With -the immaculate vibes

After releasing his debut EP in July 2020, Jalen M. Eskridge (AKA Jimmee Music) has accumulated a body of work covering a diverse range of topics. Yet, one theme remains ever-present: “vibes.” The hard-to-define concept has shown up in the titles of four of the young artist’s projects, with his newest record, – the immaculate vibes, taking the idea the furthest. The album is Jimmee Music’s most true-to-self body of work yet, consisting of 14 original songs and exploring thoughts on his emotions, love and day-to-day experiences.

“So Pretty,” off – the immaculate vibes, was featured on Vocalo’s August 2021 In Rotation playlist, and his November 2020 single “FEEL” was featured on In Rotation for January 2021. We virtually sat down with Jimmee Music to chat about his experience in the Chicago music scene, his passion for dance, his preferred musical instrument and more.

How did your artist name come to be “Jimmee Music”?

So, way back in middle school, my older brother Cameron had wanted to have a nickname for me, something special, you know? My full name is Jalen Morris Eskridge, and my initials are J.M.E. He thought that sounded like “Jimmee,” and thus, the origin of the nickname! When I started releasing music, I added “im” in the middle of my initials added the extra “e” at the end. The music part was just so I could have like a last name, like Bruno Mars or Anderson .Paak.

Since you record from your bedroom, do you feel a sense of intimacy is present in your sound? If so, in what ways?

If I had to describe it, I’d say it really feels like I’m in my own universe. When I’m recording and writing in my room, it’s like I’m entering my own tailor-made realm of music, where everything I’ve listened to, I’ve learned, I’ve experienced, just implodes and expands on itself and then translates into the music I release. It doesn’t just become another project I’ve released, but it becomes a piece of the universe that I live in, and that just so happens to be my bedroom and my mind.

As someone who can play multiple instruments, which is your favorite to play and why?

No doubt would be the guitar. When I was younger, I used to prefer piano. The tone, the possibility of voicings, chord progressions … the piano is such a versatile instrument. However, as I got older and began to listen to more live recordings and performances of artists I love, it was clear to me how smooth and silky a good guitarist could be. Especially in the jazz and R&B side of guitar playing. For about three years now I’ve been really focusing on my guitar and been having it act as my main instrument. However, I still do play on my keys, just to not get too rusty!

I saw on Instagram your album – the immaculate vibes recently hit over 1,000 streams on Spotify. What was your initial reaction when you found out?

It was insane! I don’t expect my music to “blow up” or whatever. When I saw it hit 1,000, I literally dropped my phone on the floor and just started screaming, “YOOOOOOO.” Like, a thousand streams on an album full of originals and no covers? That’s truly bonkers. I just like to show people what I love to do! I just love to have fun, and music is my main way of showing it.

You noted – the immaculate vibes was released for the one year anniversary of your debut release, The Vibes EP. Looking back on the year, how have you evolved as an artist? How have your experiences over the past year informed and influenced the way you approach making music currently?

Man, that’s wild question. Its kinda funny really, just because I’m finishing up my college days and I’ve been really reflecting on my time there and my evolution as a musician. But just going into a year of releasing music, a lot [of] progression as an artist really reflected on how honest I want to be as one. After my first EP, I started shifting into this season of honesty that I wanted to that reflect on my music. My second EP, vibe and chill, was really influenced by my thought process. How I felt about my romantic relationships at time, my mental, my religion — I just wanted to put it all out there. Once I got that out, I had the blueprint to how I wanted to make music. In beginning of the year, when I started writing my album, that’s when I really knew what sound I wanted for it. My debut EP had the vibes, for sure — but my album truly had to be immaculate, and that all boiled down to being as candid and as much “me” as I wanted to be, and not what others wanted.

There’s a prominent floral motif in the album art for – the immaculate vibes, echoing the cover of your 2020 single “These Games.” Why did you decide to make this stylistic choice? Do you have a favorite type of flower?

You have a really good eye! I don’t think anybody had picked that up at all. From “These Games” to the VIBES AND HEARTBREAKS EP, there are many callbacks and tributes to not only those projects, but influences from artists I listen to in my album. But getting into the cover art — when making this album, every day I felt like I was recording my first original, “These Games.” So those flowers represent a feeling of nostalgia on the album art. My favorite flower has to be a lotus, they’re absolutely gorgeous!

You hosted your “Vibe With Me @ Home” virtual tour back in March and April. Tell us about that experience; were you happy with the turnout?

It was really fun experience! ColorTV had reached out to me, through my brother Dizzy Woodz, another Chicago artist. They had listened to my work and liked what they heard and offered to do a virtual tour online, broadcasting to different cities across the country. Due to the pandemic, many concerts had been canceled last year. Especially for up and coming Chicago artists, not being to book any gigs was a big hit. ColorTV made a way for these artists to be able to perform again, sell tickets and stream it live to audiences. Admittedly, the turnout with me was much less than what I believe they expected and there were a few technical difficulties. But the performing experience itself was still very fun! It may had been a few people watching, but regardless of the amount of people, I loved performing my songs live for the first time, if only in my bedroom. Doing them live on YouTube, however, had a much better turnout and I’d probably do another one soon, just have to really set up that one to be much bigger than my first time.

Do you creatively express yourself in any ways other than music? Describe them to us.

In grade school and middle school, I used to be obsessed with drawing. I made comics of me and my friends just getting into crazy adventures. When I started watching Anime and reading Manga in sixth grade, then I really started to take drawing more seriously. Then my high school drawing teacher really hated me and I was driven away from drawing. I still love Manga and Anime, though! But that’s when I started gravitating towards dancing.

What motivates your love of dance?

My brother Dizzy Woodz, an amazing dancer and artist, has motivated me ever since I began being interested in dancing. Anything I learned about dancing, I learned from watching him and his moves and then trying to copy what he did or look up online what move or technique that might be. And he doesn’t dance just for fun, he dances because it’s his calling, his ministry, his form of expression and emotion. What he says translates in the way he moves and it’s so inspiring. Knowing him and knowing his life only adds to the inspiration I get from him. And just being in my room and trying to communicate music through movement is so much fun to do.

What is one thing which, in your opinion, makes the Chicago music scene special?

It’s versatile. It doesn’t just expand to R&B, or dance, or hip-hop; there’s folk artists, heavy metal artists, rock artists. It’s a melting pot of talented artists all over the city, and it’s constantly evolving and expanding. There’s so many Chicago based artists that I know I don’t know yet, that I know that I’d probably love and want to hear in concert, front row, dead center. And it’s only going to get bigger and bigger from here.

Is there anything you want to promote you think listeners should know about?

I’m releasing a few more projects before the year ends! What I love about R&B music is that it’s so varied with how it can sound. It can range from 808s and synths to acoustic guitars and grand pianos. But the vibe will forever stay the same … and will forever be immaculate. 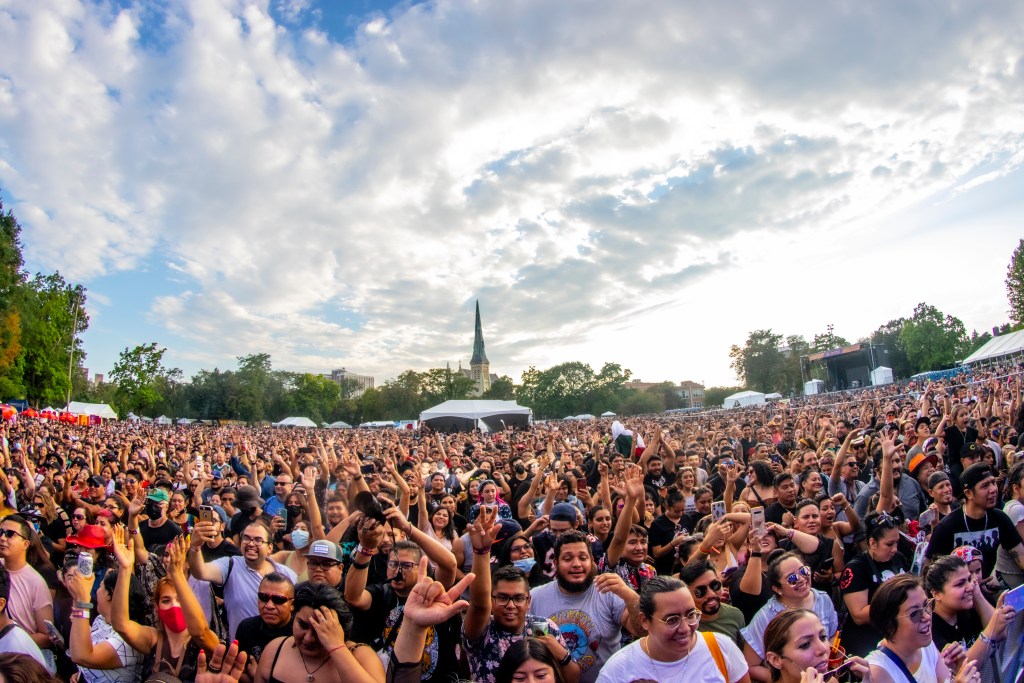 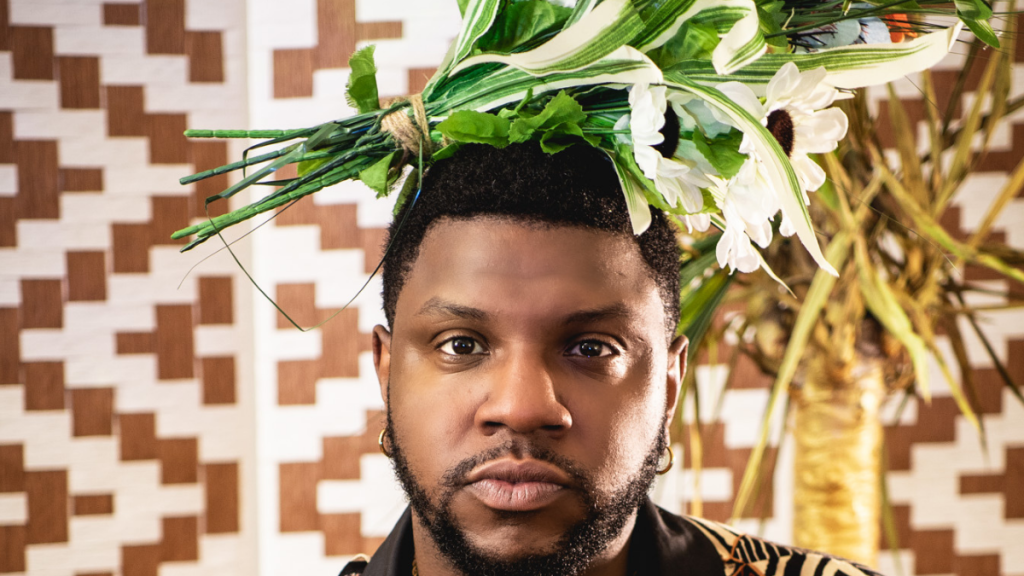