Pictured above: Noname by Chantal Anderson

This International Women’s Day, we’re highlighting and celebrating the importance of women in and around Chicago’s music scene.

From pioneering albums integral to the city’s musical identity to founding nonprofit organizations to benefit the community, these women have strengthened Chicago’s arts and culture in irreplaceable aspects…

Jamila Woods has been a voice at the forefront of Chicago’s music and poetry scene since the release of her debut album HEAVN nearly six years ago. Her follow-up, 2019’s LEGACY! LEGACY! honors artists, musicians and writers on every track including Zora Neale Hurston, Frida Kahlo, Eartha Kitt, Jean-Michel Basquiat and Muddy Waters, to name a few. As Rolling Stone described in 2019, the album “views the personal through a lens of cultural history.” Woods has worked alongside other Chicago artists like Chance the Rapper, Saba and Noname, and both her albums were labeled as “Best New Album” by Pitchfork at the time of their release — with ratings 8.4 and 8.5 out of 10, chronologically. She’s also featured on the lineup for Versa, Chicago’s recently-announced women-led music and comedy festival set for this June.

We couldn’t talk about great female artists in Chicago without mentioning Noname. Arguably one of the most influential young artists out of Chicago to date, Fatimah Warner, a.k.a. Noname, got her start at open mic nights and slam poetry competitions before earning features with both Mick Jenkins and Chance the Rapper in 2013. Following a couple years of impressive collaborations and single releases, Noname dropped her debut Telefone in 2016 with features and production work from exclusively Chicago artists. Telefone explores stories of growing up in Chicago, with its 2018 follow-up, Room 25, delving into coming-of-age and honest self-examination.

Equally important to note is Noname’s dedication to social advocacy, founding Noname’s Book Club, a nonprofit dedicate to uplifting BIPOC voices, building community and promoting literacy, in 2019. The organization places special emphasis on expanding their resources to prisons and, as of April 2021, sends hundreds of books to incarcerated individuals across the country.

On March 8, Pitchfork announced Noname will be performing at this summer’s Pitchfork Music Festival, set for July. It will be her first live performance in the city since June 4, 2019, when she performed alongside Anderson .Paak at Northerly Island’s Huntington Bank Pavilion.

Klevah and TRUTH are hip-hop duo Mother Nature, one of the hottest rap acts in the city right now. Starting out spitting bars at open mics in 2016, the duo have released a stack of albums and dropped their fourth (titled SZNZ) in collaboration with Boathouse on April 20. Mother Nature also founded nonprofit The Miseducation of HipHop (MISED), dedicated to promoting self-improvement and trauma healing through hip-hop.

KeiyaA now calls Brooklyn home, but still holds in high regard her Chicago roots as she performed live in the city for the first time at Pitchfork Music Festival in September 2021. Her track “I! Gits! Weary!” off 2020 debut Forever, Ya Girl was one of Vocalo’s most-played songs last year, epitomizing the album’s meditative R&B and introspective thematic elements. Pitchfork also labeled the album with “Best New Music” at the time of its release, rating it 8.2 out of 10.

Read up on “Forever, Ya Girl,” written for Vocalo by Dave Cantor.

A poet-turned-musician, all of soulful folk singer Tasha’s work has an incredibly personal and intimate quality akin to reading a diary or hearing a friend’s innermost thoughts. Her 2018 debut album, Alone At Last, set the tone for the gentle and clear honesty flowing through her sophomore album, Tell Me What You Miss The Most, in November 2021. She continually explores love, its loss and introspection — from dancing around her apartment in the music video for “Perfect Wife” to dreaming under wind chimes and a cool breeze in spoken word poem “Love Interlude.”

Read up on “Tell Me What You Miss The Most.”

Brittney Carter is another breakout hip-hop artist who’s been on the scene for years, but just released her debut solo album, As I Am, in 2020 — with features on three tracks from friend and fellow Chicago artist Oliv Blu. Throughout the album Carter explores authenticity, identity and valuing love of the craft over “success” in the music industry. She’s collaborated with local artists like Mother Nature, The Third, Add-2 and, most recently, with Joel Q, Heavy Crownz and B. Lin for her October 2021 single “New Vi$ion.” She’s also dipped into TV production to kick off 2022, premiering “The Brittney Carter Show” in late February.

Jean Deaux is a multi-talented singer, writer, rapper and producer with a following growing by the minute. Emerging on the scene in the 2010s with features on tracks by artists like Mick Jenkins, Smino, Saba and Isaiah Rashad, she’s been on Vocalo’s radar since 2018 debut EP Krash. Jean Deaux’s cross-genre mastery finds her music continually evading the confines of one specific style, primarily centering around low-key, pop-influenced R&B and electronic on her three albums each year following her debut. Her newest album, Most Wanted, was released on Nov. 19, 2021.

She’s also set to join Amber Mark this spring on the second leg of Mark’s Three Dimensions Deep tour, from May 9 through May 24.

KAINA is Chicago born and raised. Her latest album, It Was A Home, was released on March 4; rooted in cultural identity and her Venezuelan and Guatemalan heritage, she explores growing up in the city, love and family over the course of its 13 songs. The album boasts features from Sleater Kinney, Helado Negro and fellow Chicagoan Sen Morimoto and fuses genres like soul, early ’00s pop and R&B. Central to her music and its corresponding music videos is her love of Chicago and the community she’s found in the city’s music scene — even incorporating puppet versions of her friends and collaborators on stages set inside north side venue Metro.

Neo-soul artist Oliv Blu found her voice as a student at Homewood-Flossmoor High School and a member of music collective Free Soul, eventually going on to join Young Chicago Authors. She first appeared on the national radar when she auditioned for singing competition show The Voice performing Erykah Badu’s “On & On” — and landed on John Legend’s team. Though she didn’t win the competition, Oliv Blu remains a prominent artist in the Chicago scene with a powerful voice and a strong sense of identity. Kenny Keys’ remix of her track “Say It” was one of Vocalo’s top 50 spins of 2021, and she will be performing live for Vocalo’s Chi Sounds Like Showcase on April 13 at Wicker Park venue Subterranean.

Stream our Interview with Oliv Blu from 2019.

Everyone in and around the Chicago music scene seems to have less than six degrees of separation from Akenya [Seymour]. Boasting collaborations with artists like Smino (blkswn), Saba (Bucket List Project), Noname (Telefone), MfnMelo (Everybody Eats) and Chance The Rapper (10 Day), plus her work in lo-fi jazz instrumental ensemble Resavoir, Akenya has made a name for herself around the city and beyond without releasing a solo album. Since the release of solo single, “Decay,” in 2018, Akenya has taken an interest in astrology and is set to make an appearance at the Hideout on March 22 for live astrological readings and a performance.

Femdot Brings “Not For Sale” Home To Chicago 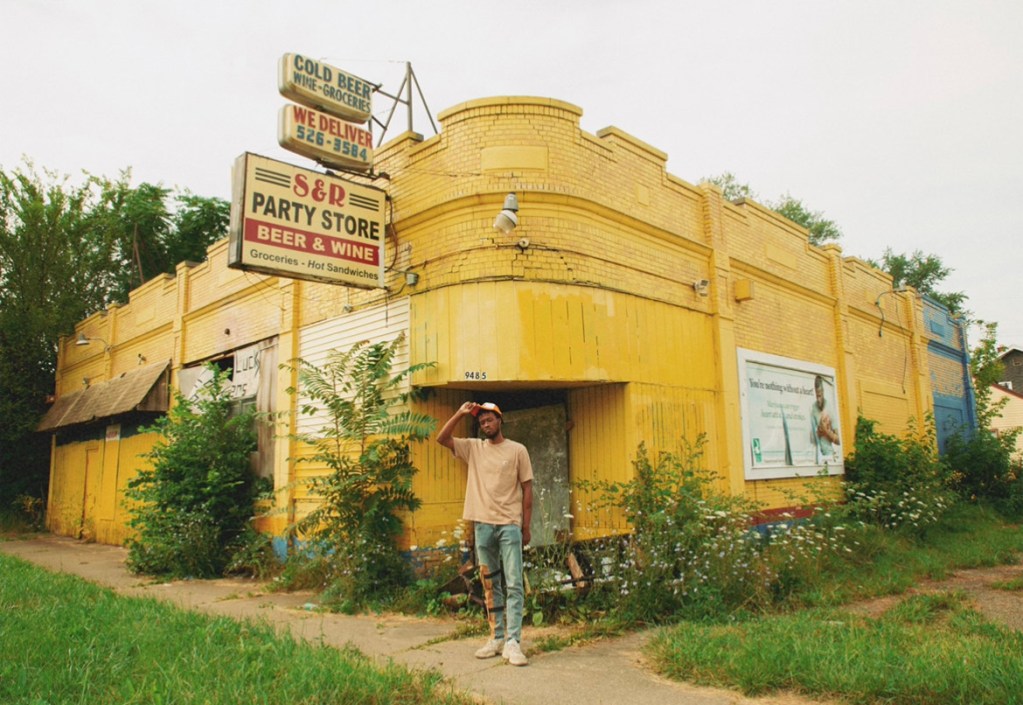