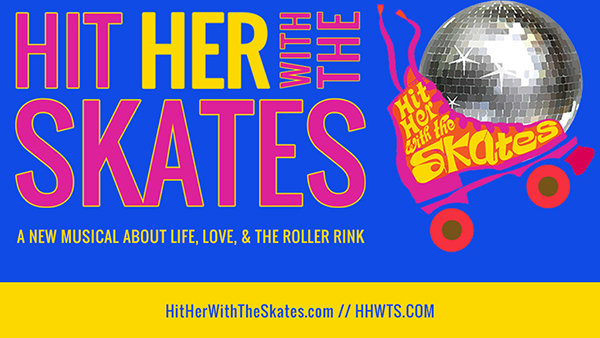 HIT HER WITH THE SKATES is a new musical set on the southside of Chicago about life, love, and roller rinks!

It stars two American Idol veterans, Diana Degarmo and Ace Young, and runs now through June 21 at the Royal George Theatre on Halsted.

Jill Hopkins sat down with co-creator and producer, Christine Rea, to talk about the show’s nostalgic setting, ensemble cast, and inventive choreography. 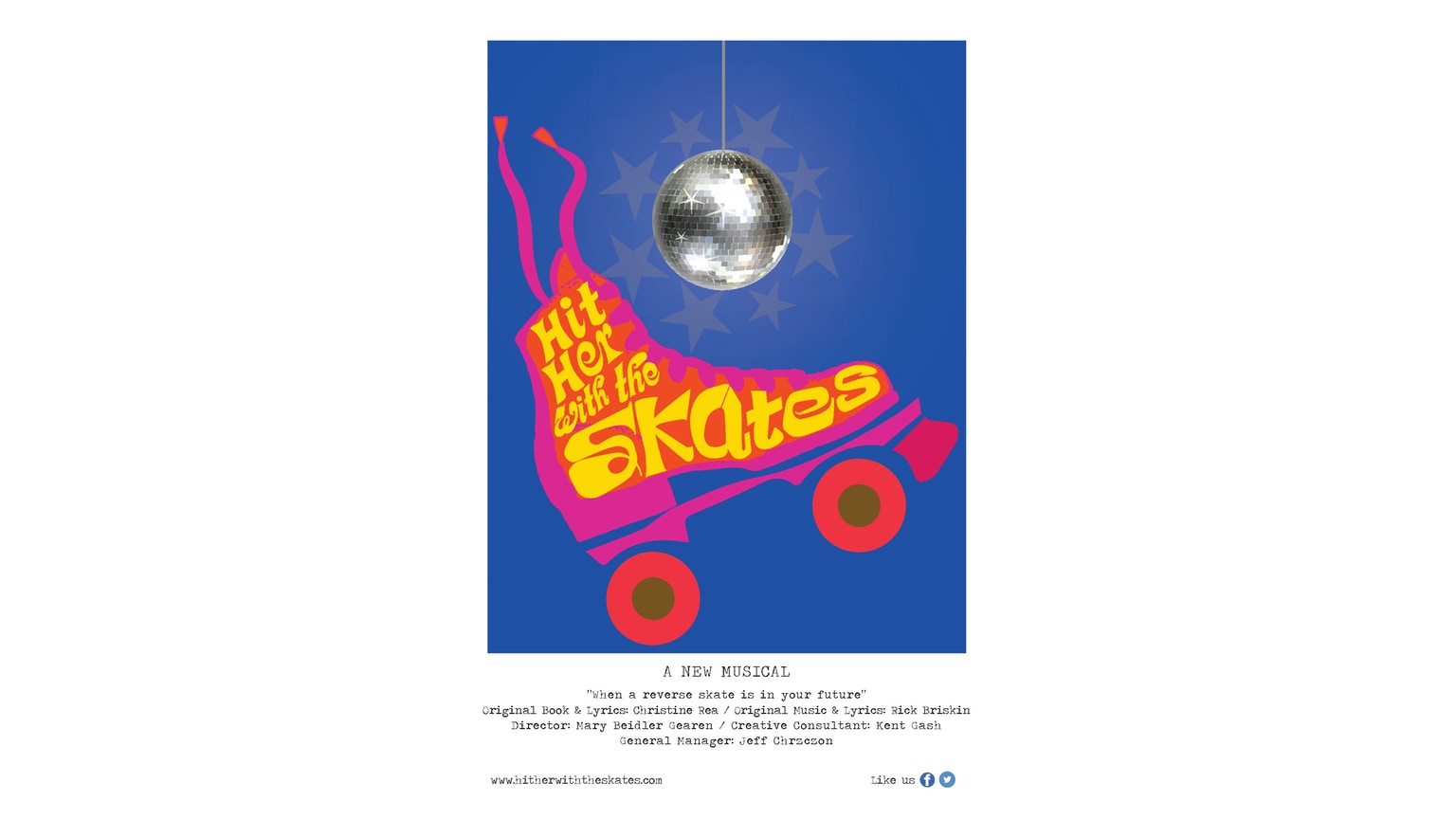 This musical hits all the sweet spots with me! I am a musical theater junkie. I’m also a big fan of roller skate culture. And you know what? I’ve watched more seasons of American Idol than I care to admit in public! [laughs] Talk to me about wanting to bring this production, this idea in your head, to the stage.

Yeah, so I, like you, loved going to the roller rink when I was a kid and I grew up in the south suburbs of Chicago.

Went I went to the roller rink I sort of transformed. When I hit the floor I just so enjoyed myself and all the fantastic parts of [the] 1970s. You know, the shag carpeting all that stuff. [laughs] And the music! So I specifically- I set the show in 1977 because there’s such a great, wide range of popular music.

The people who are hitting the floor and then jamming out to the Ohio players are also jamming to Led Zeppelin. It really didn’t matter, you know? And the roller rink, to me, is a place where everybody goes for the same reason. It doesn’t matter if you’re rich, if you’re poor, if you’re old, you’re young… you’re all there to come together and roll. So it’s a great unifying force. And it’s what we need right now, right? We’re sort of living in a very divisive time.

It takes place in Chicago – on the southside of Chicago – and I can’t think of a better place to premiere it. So yeah, it’s all original. And it crosses two time periods. The present day is 1994, which is nostalgic in a whole new way, because we’re at the 25th anniversary of “Friends” and all that good stuff. And then it retrospects back to 1977 as well.

The music is, as you mentioned, so great in the early 80s. We had the luxury of early hip hop, we had house music, we had rock and roll, we had disco still…and this whole show paints such a vivid picture for me.

When you were casting did you know that two American Idol veterans would be auditioning? And was that like a dream come true?

We’re a scrappy group here. We’re a commercial theatre production and we’re all original, which is challenging. People are not familiar with the title, so that presents challenges in the commercial theater world.

What I was looking for was to give us an edge to sort of pop us out in the market and give us some juice, and the lead role – Jacqueline Miller is a rock star in 1994 – the actress needs to be believable as a rock star, but also be able to act her face off. And that is Diana Degarmo. She is a powerhouse! And she also happens to be married to Ace Young!

When I had a shortlist of folks who actually could pull off Jacqueline – and Diana was at the top – I approached her [and] said, “We’re interested in you for this role. But we’re also interested in Ace!” From the beginning they were on board with it. They are both super team players.

This is built as an ensemble – Chicago theater has a culture of ensemble theater [and] of ensemble acting. And it’s a tradition that I cut my teeth on when I was an actor in Chicago. They just slid right in there and it is a dream come true to have two, truly amazing vocalists who are also equally great in the acting department and they’re ensemble players! We hit the jackpot. 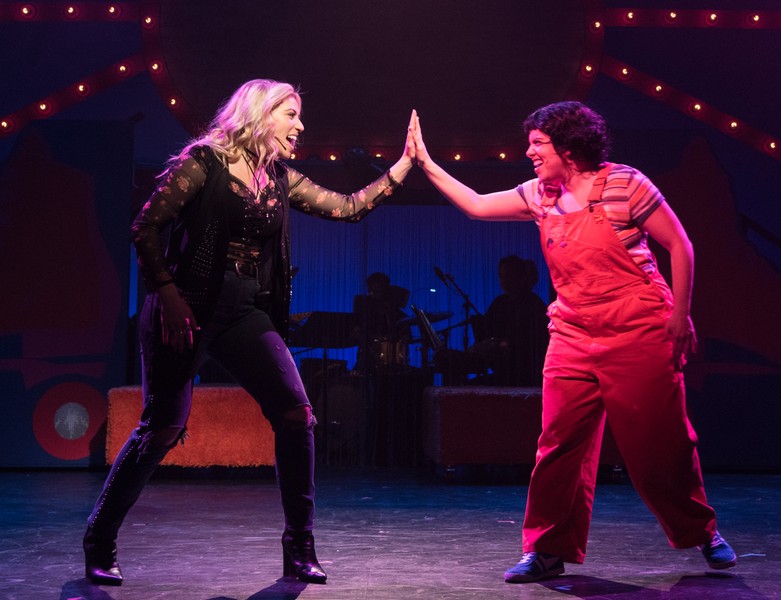 This show, much like a roller rink itself, is family friendly. Tell me about why that was important to you, to make sure that people could bring their kids to the show.

We are billing it as appropriate for ages 11 and up. There are adult situations – you’ve got teenagers in 1977…their hormones are raging! [laughs] They’re a little gritty at times. So it’s not for the young-young set, but we’re billing it for 11 and up because Jacqueline, the main character, she’s sort of at this point in her life where she’s on the edge of adolescence.

She’s turning 13, she’s becoming a young woman, and she’s going through all of the things that young women go through where their bodies are changing. They’re sort of stuck between losing the baby fat and turning into a young woman. It was important for me to include that age demographic.

But it can be a little salty, so if you’re concerned about your kids hearing mild, four-letter words…it’s important because we want people to experience it with their kids. We want husbands and wives to be able to enjoy it together and then come back with their with their kids if they find it appropriate. I think that’s probably the best way to approach it: mom and dad come and then they determine, “Okay, can my kids handle this?” 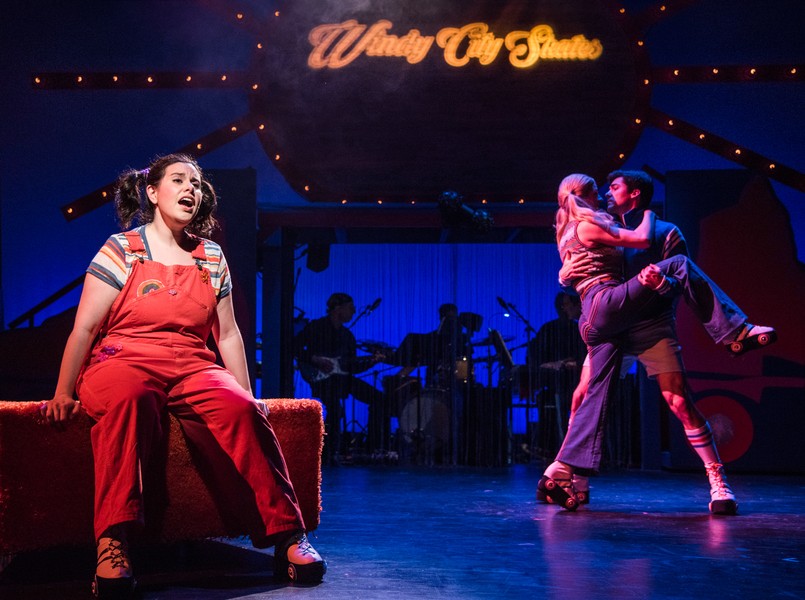 Yeah, I think that’s a good rule of thumb for most things artistically anyway. On the website, one of my favorite things is you have a prompt for folks to tell their favorite rink memory. What kinds of things have people shared with you? 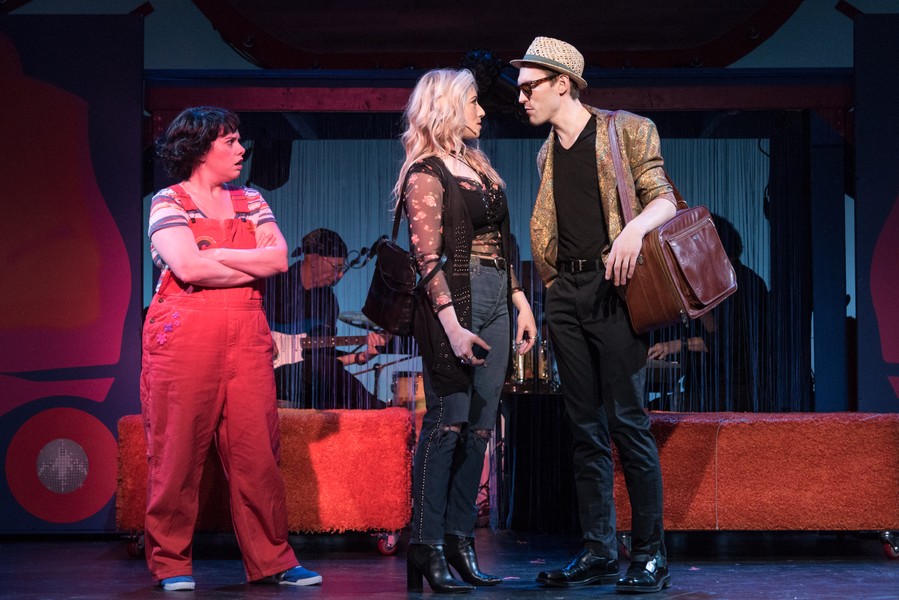 That’s adorable. I love a man who can skate I’ll tell you that. [laughs] Now this musical takes place in a roller rink so of course there’s people on skates. How does one block something like that?

Windy City Skates exists on the show. We don’t live at the roller rink and we’re also creating the world of the roller rink theatrically. There’s no actual rolling. We’re using inventive choreography. Our choreographer, Christopher Chase Carter, has created the movement to feel as if the actors are actually rolling. And our costume designer has designed a specialized skate-boot. It’s a lot of fun! 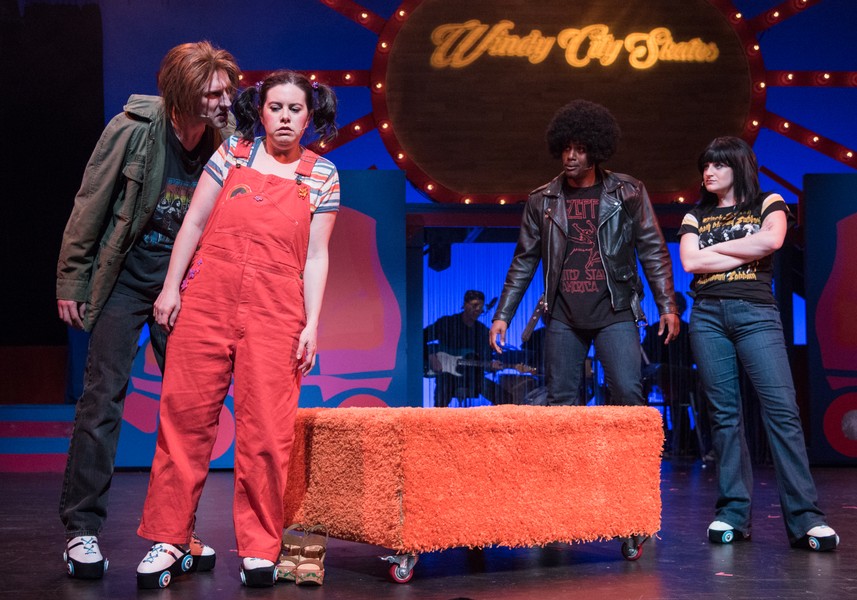 Movies To Watch From Home While You Work From Home 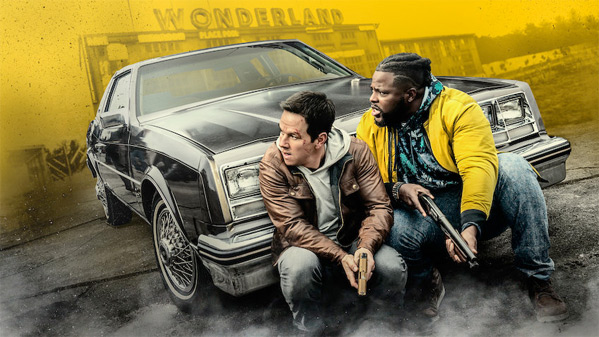 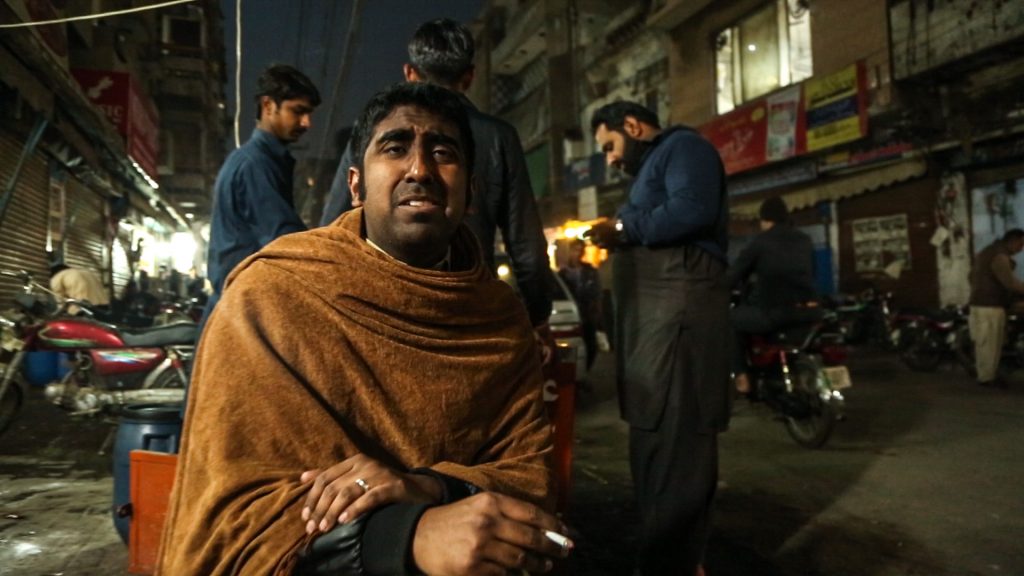