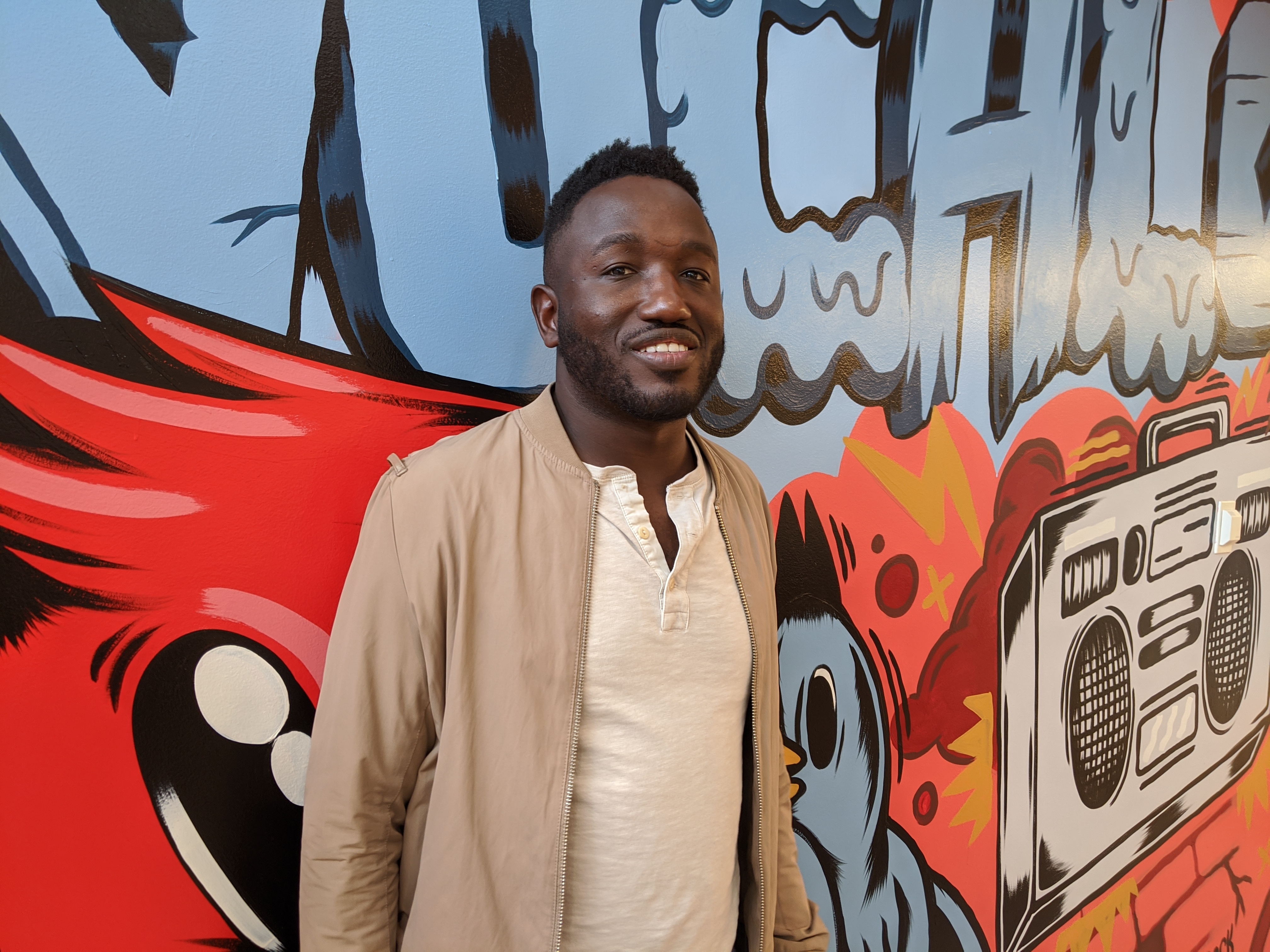 Hannibal Buress is one of Chicago’s greatest comedy exports. And he’s back in town for a show with Lil Rel at Thalia Hall.

He’s also playing in the NBA All Star Celebrity Game under team Captain, Common, amongst many, many others.

Hannibal sat down with Jill Hopkins to chat all-star game weekend, the existential cold, and eating way too much Harold’s …

Jill Hopkins: First of all, thank you for joining us. Welcome home. When you come home, what’s the first thing you eat?

Hannibal Buress: A lot of times I go to a Mexican spot. I like, depending on what type of mood I’m in, I might go get some fries with some mild salsa. I moved back here from probably 2016 to 2019, in the fall. And so I got into a bad Harold’s delivery phase. I remember it began when I ordered an eight-piece thinking, “Oh, I’m gonna have a couple pieces now, a couple pieces another time and a couple pieces after that! 3-3-2!” And I knocked out eight pieces, solo-dolo, and I had it multiple times in a week. I remember my uncle come by my place like, “What are you doing man?”

“You eating Harold’s again? What are you doing man? You won’t even get fries – you just got chicken? What type of person doesn’t get Harold’s with no fries?!”

I didn’t know that was an option!

It is! I was eating the chicken and and knocking out eight with ease … probably could have did 10!

You know, you find the money for the things you want …. 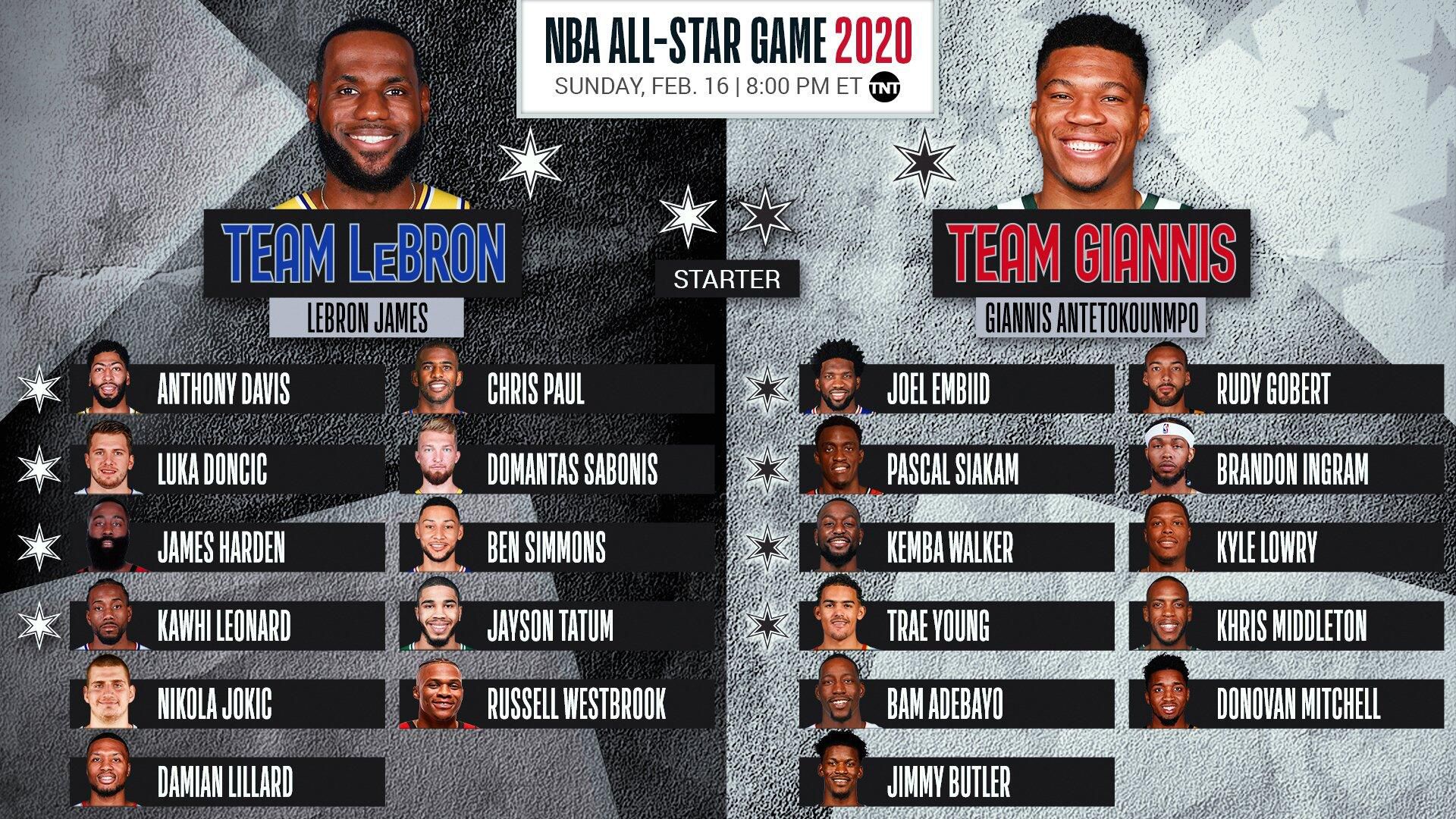 [Laughs] Talk to me about this NBA Celebrity Game. It’s all star weekend. Everybody, everybody is in town. Everybody! Megan Thee Stallion’s having her birthday party here. Rapsody’s turning up at, like, a shoe store for an MC open mic. I’m looking at the rosters for this celebrity game. How do you fall in? What’s your game like?

My game? I’ve been working on it.

Did you hoop in school? 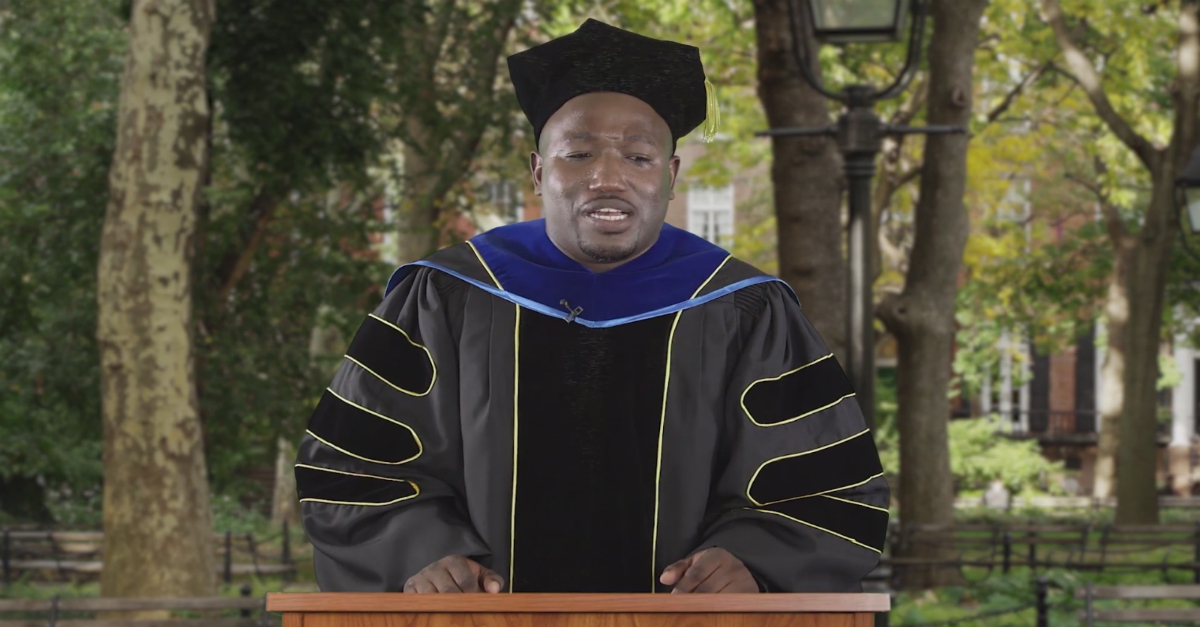 [Laughs] Did somebody give you a uniform?

Nah, I played only in fifth or sixth grade. I played football in high school, I wasn’t a hooper! That’s what — it’s been really fun really diving in to. So I found out I was in the game in late December and so, went on vacation and then January, from the beginning of the year, I’ve been really diving in and training. And, you know, been playing in pickup games, so I kind of, through that, have learned what my strengths and weaknesses are. I’m gonna try to play within my game and have fun. But it’s been really dope. It’s been a fun experience diving into it. I actually played yesterday — I trained with my high school, Steinmetz High School. I went to one of their practices and we filmed it. And now it’s such a fun time.

How do you — like, I can’t be around 17-year-olds without getting tired. How are you playing sports with these young people?

They go for it! They got a lot of energy! But you know what, it makes you — for me, I still have the competitiveness. And even if I don’t have the skill level, basketball wise, the entertainer in me is able to just really push. So there was some times I got tired, I had to take a seat, but I think I held up better than I thought I would.

Yeah, they had the crazy four point line and all that. 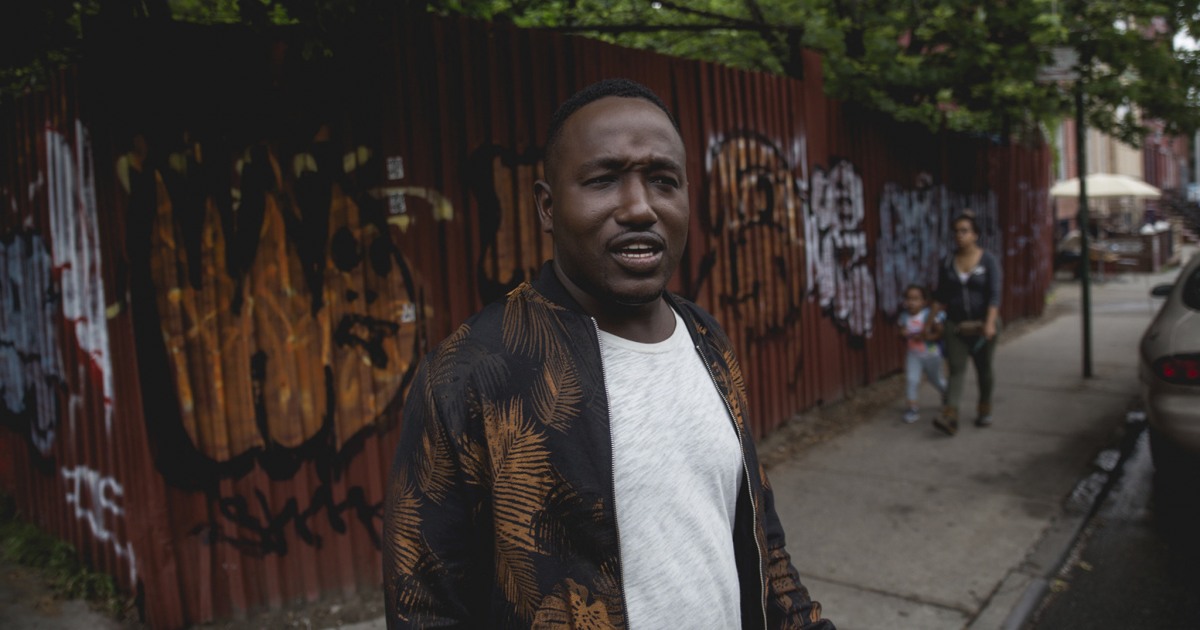 Okay, so we’ve got Captain Common, Bad Bunny, you, Kane Brown, Jon Batiste from the Colbert Show, Alex Moffat from SNL, Chef José Andrés, Famous Los, my boyfriend Jidenna, Chelsea Gray from the WNBA, Quentin Richardson, who I went to high school with —

Oh, you went to Whitney Young?

Oh yes, I did! And he was great then, with a 17 year old back and knees! This is going to be a great time! But who do you think is the dark horse here?

The dark horse on my team? I’m not sure. I actually had my intern do a scouting report on both teams, just ’cause we don’t know much. These are not athletes, so we got to do some digging and see if there’s little clips of people hooping. We got to strategize out here: tough defense, lot of energy, lot of heart. It’s Chicago — it’s gonna be three degrees outside.

To be perfectly honest, I almost canceled. It’s just a game … why would I go to this for a game? The Y in downtown LA — it’s warm in there. The game is still fun there. Why come home and be cold just for … what? Fanfare? And all of that pomp and circumstance?

Yeah, that’s why you got into the business.

Yeah, but you know, that’s not my business. But I power through! It really is gonna be getting into that “question your existence” cold. Existential cold. 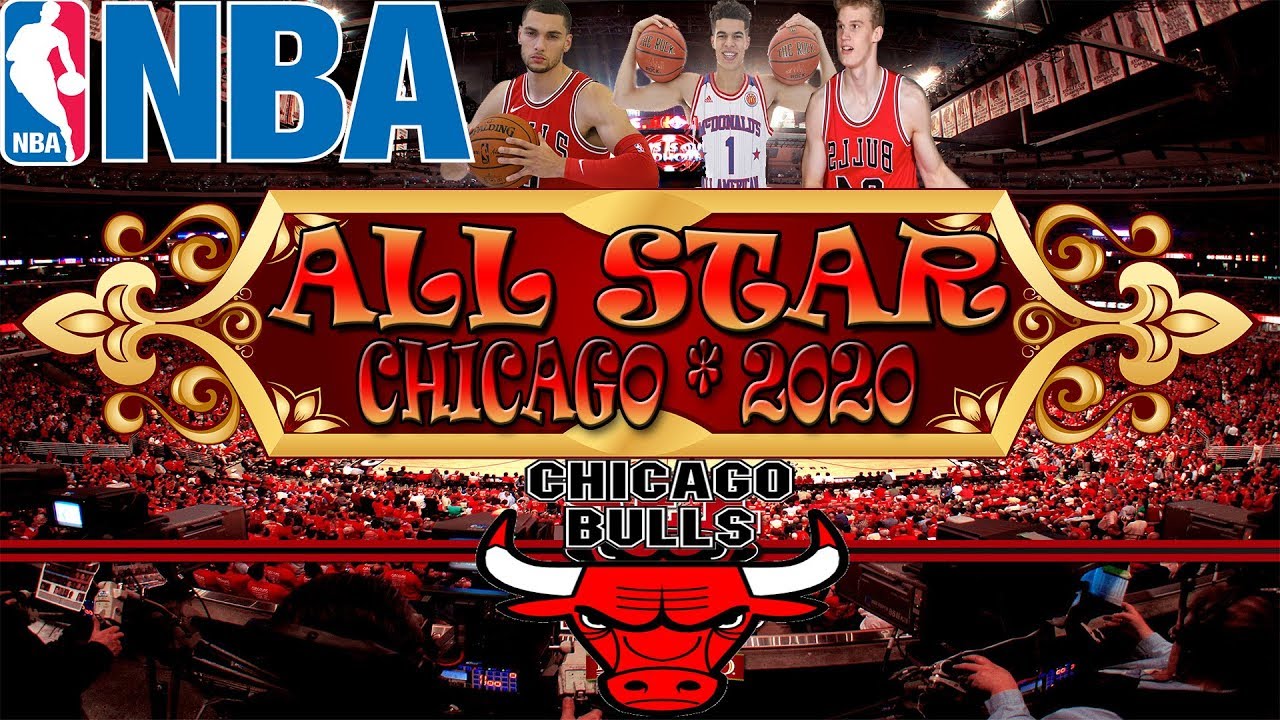 It lives in your bones. It doesn’t leave you when you leave Chicago, like, that’s part of your character now.

Rumor has it that you have a new series coming up that we can look forward to.

I got an email!

Who sent that?! [laughs] I’m working on a few series. I have a show, “Spades Night,” that I’ve been working on. Spades, card game. There’s been no real documentation or just — there’s so many poker shows. And people aren’t even talking to each other during poker.

No, “Spades” is nothing but familial roasting and friendships being made and broken.

Absolutely. So I filmed a show about that. And I had another show, “Bowling in 50 States.” Like Anthony Bourdain of bowling, where I go to every state, go to different bowling alleys, [and] find out the history of them. I feel like I’m gonna find out about at least six bowling alley murder mysteries.

I was the daytime bartender at the Diversey Rock-n-Bowl for like four years. 2004 through 2007.

I probably made more White Russians than anybody really needs to ever have. And watched how people realize that those are terrible drinks to have more than one of because it’s dairy and booze. Bubble guts at the bowling alley — never a good thing. I’d be like, “Oh, another one?”

And then you see how they walk. You’re like, “Oh. There they go.”

There they go. To the public bathroom at the bowling alley. [laughs]

You can do a countdown for that. Like five, four, three, two … Ahhh!

That’s how you find out you’re lactose intolerant! There’s a new bowling alley in Avondale, by the way. It’s beautiful.

Avondale is the — it keeps moving up Milwaukee! [laughs]

Wicker Park, Logan [Square], Avondale. ‘Cause there’s a venue up there I saw YBN —

I saw YBN Cordae at Avondale Music Hall. I hadn’t heard of that until I found out about that show. But yeah, it’s slowly moving up. And then O’Hare is gonna be the hot spot! 20 years from now we’ll be all the way up to O’Hare. Gonna be a bowling alley there, yoga studio at O’Hare, all the way! Slowly up Milwaukee we go!

Well thank you for stopping by, this was a wonderful, wonderful time! 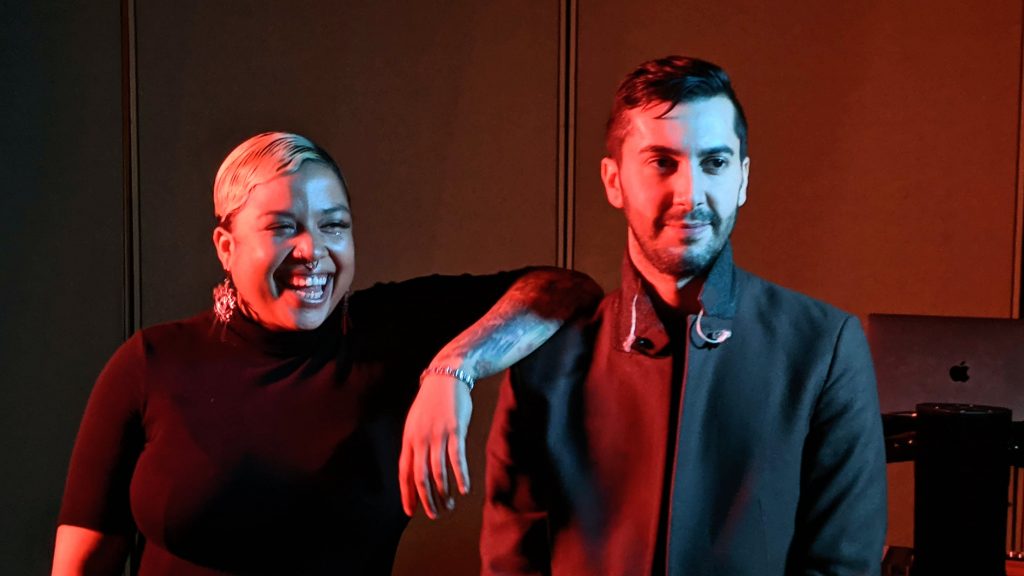 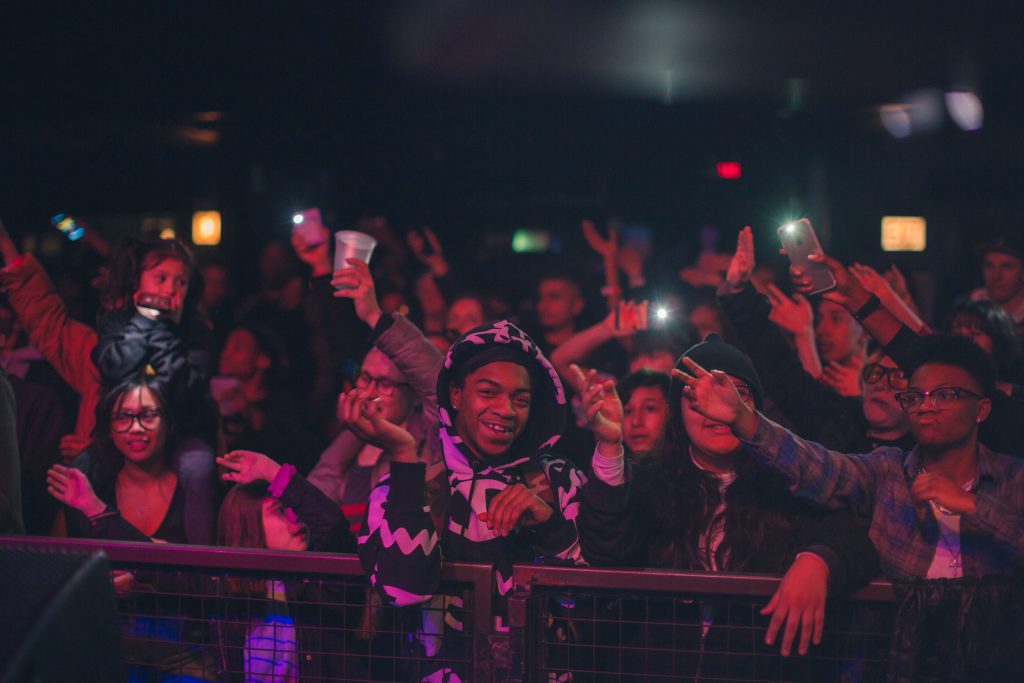