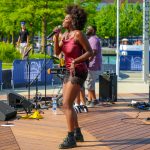 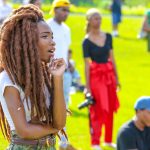 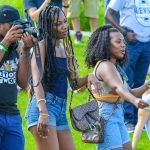 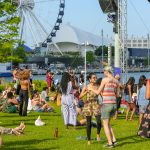 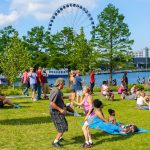 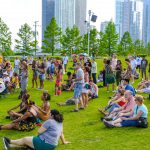 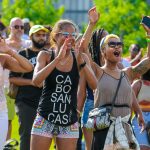 Vocalo Radio has partnered up with Navy Pier’s Chi-Soul Fest, a free festival featuring the past, present and future of Chicago soul music.

Join Vocalo Radio at the Lake Stage on June 22nd, from 2:30-5:30pm and get a glimpse of new and emerging talent representing our city. Hosted by Jill Hopkins of the Morning AMp.

Nate got his start in the music industry as a remix DJ, putting twists on songs by The Weeknd, Drake and Post Malone. After spending some time DJing in London, he returned to Chicago to focus on songwriting and releasing a slew of soulful and psychedelic melodies like “Selena” and “Starburst”.

21-year old Oliv Blu is a singer/songwriter who recently competed in Season 16 of The Voice with Team John Legend!   She dubs herself as an alternative R&B/Neo-Soul singer-songwriter and is inspired by all forms of natural beauty and happiness.

Rahkii is a Chicago singer / songwriter. She’s worked as a background vocalist for Jennifer Hudson, Eryn Allen Kane and Patti LaBelle.  Her journey began in Gospel church choirs and now creates a “hybrid” sound of Pop, Soul and R&B that draw inspiration from super heroes and animation.

Marcus Atom is enigmatic soul-meets-R&B.  A vocalist in the 2017 Humanz ensemble of the Grammy-nominated by the Gorillaz, Atom has a long track record of collaborations with The Smashing Pumpkins and Morrissey’s Matt Walker, and Chi-town native Cofresi.

Loona Dae’s newest offering, Moonflower, is a four song testament of rebirth that showcases her abilities both instrumentally and vocally. She crafts soulful narratives of doubt, reassurances, and growth for all to connect with.