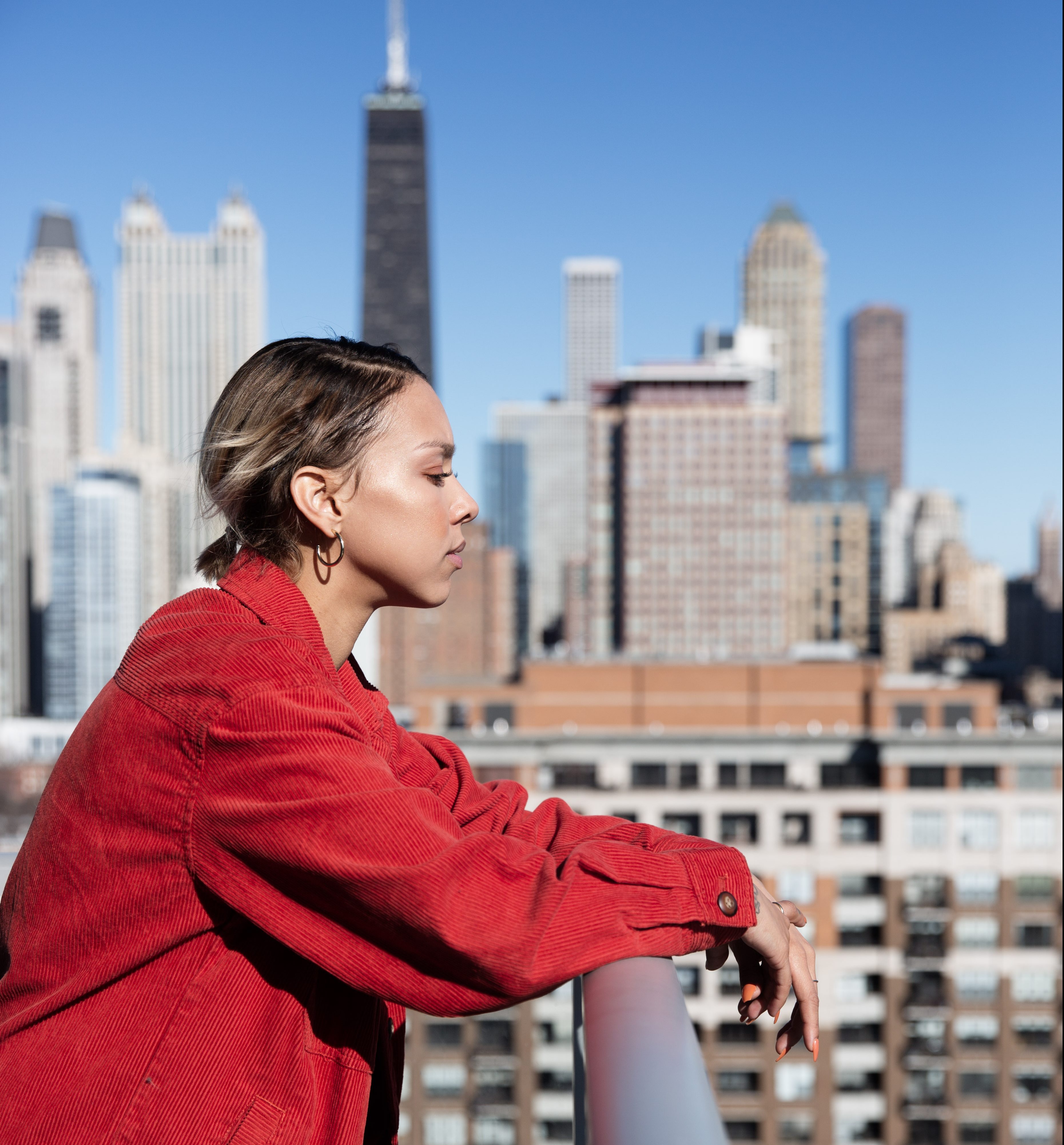 She says it’s one of the many things that make Chicago so close-knit. The photographer, podcaster, Instagram influencer and overall digital media savant is as Chicago as they come. Swopes joined Vocalo to talk falling in love with Chicago, the evolving tools of digital art, and feeling connected. 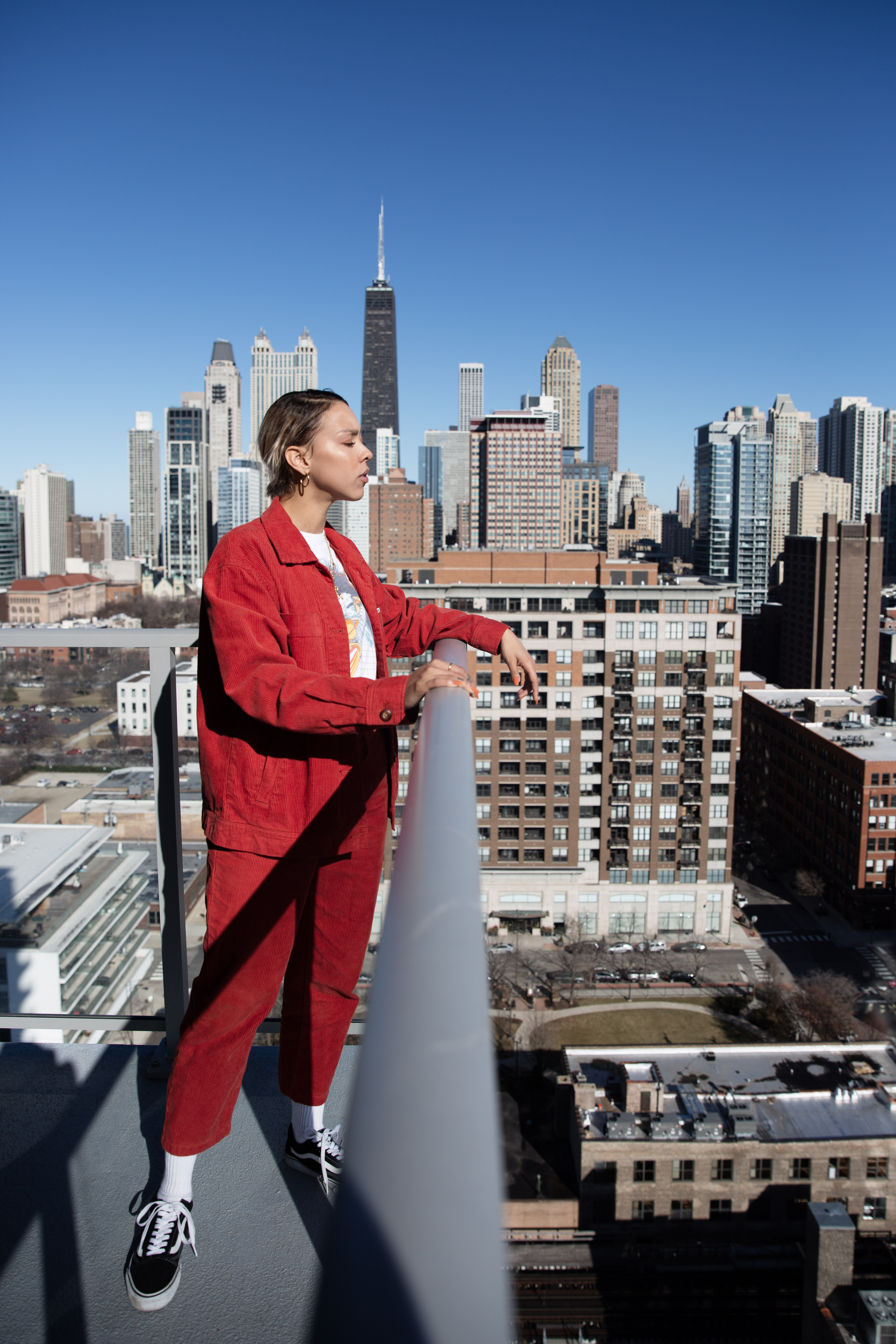 Where are you from? Where in Chicago do you reside now?

I grew up in a home where my parents were divorced. My mom lived in the city, and I grew up with my dad in the suburbs. I went to school out there cause the schools were a little better. I would visit my mom on the weekends and I just became obsessed with the city, and the day that I graduated high school I moved to the city with my mom, I started going to Columbia College and it just branched off from there. 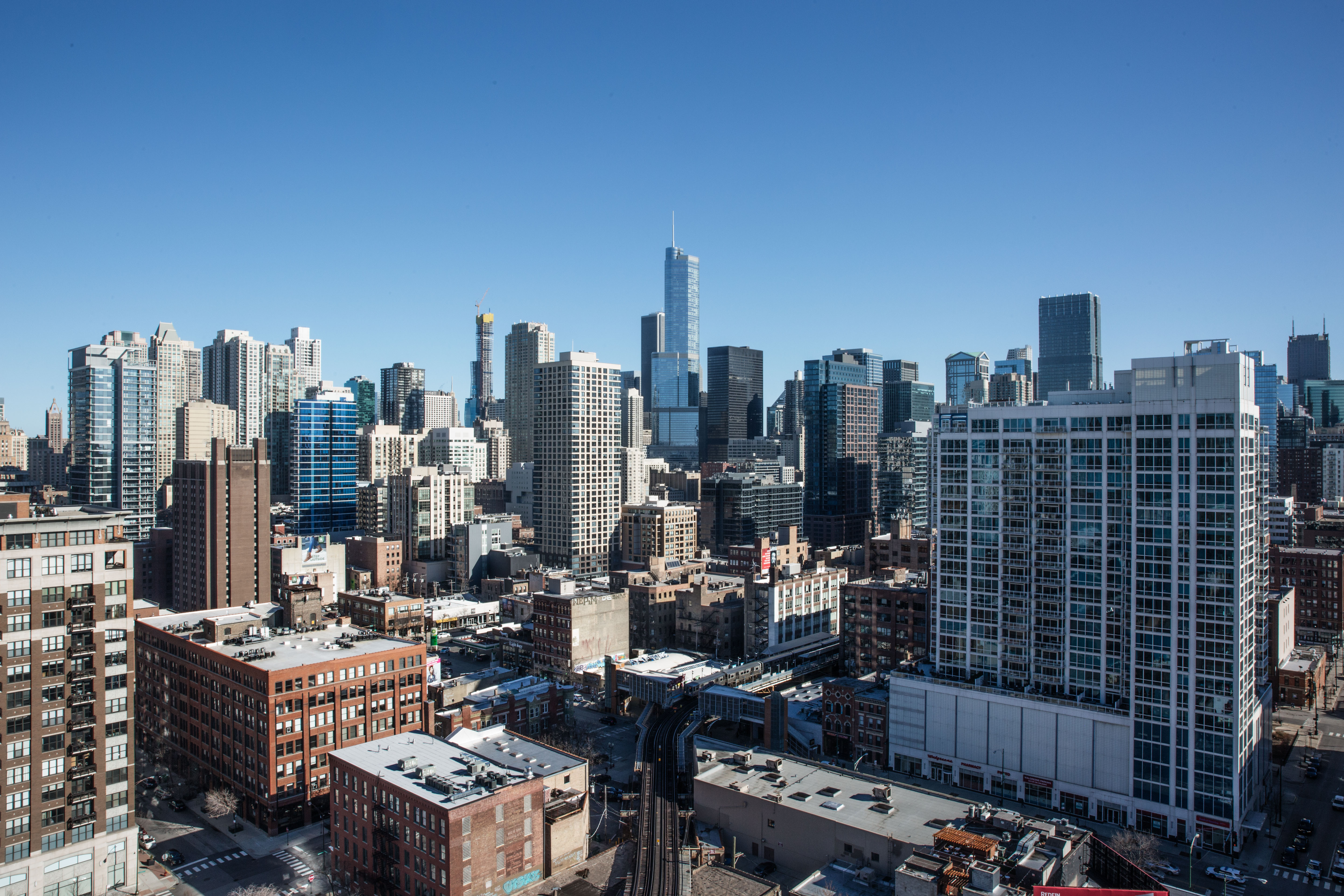 I love the food, we have a great food industry. I love Chicago in the summer and the winter even when it snows I think there’s something beautiful about walking around Millennium Park and going ice skating. And just being cold and being able to talk about it I think it’s such a conversational piece.

Everybody is actually really nice and caring and we know each other.Chicago’s pretty small and when you live here and start getting to know everybody you realize that concept of six degrees of separation concept is really true

I think that’s the best part about Chicago. We’ve got a great community but also we’ve got a beautiful skyline to match. The thing for me, you know I come from photography and graphic design, being able to have something that I can play with s a playground and a city is absolutely wonderful. 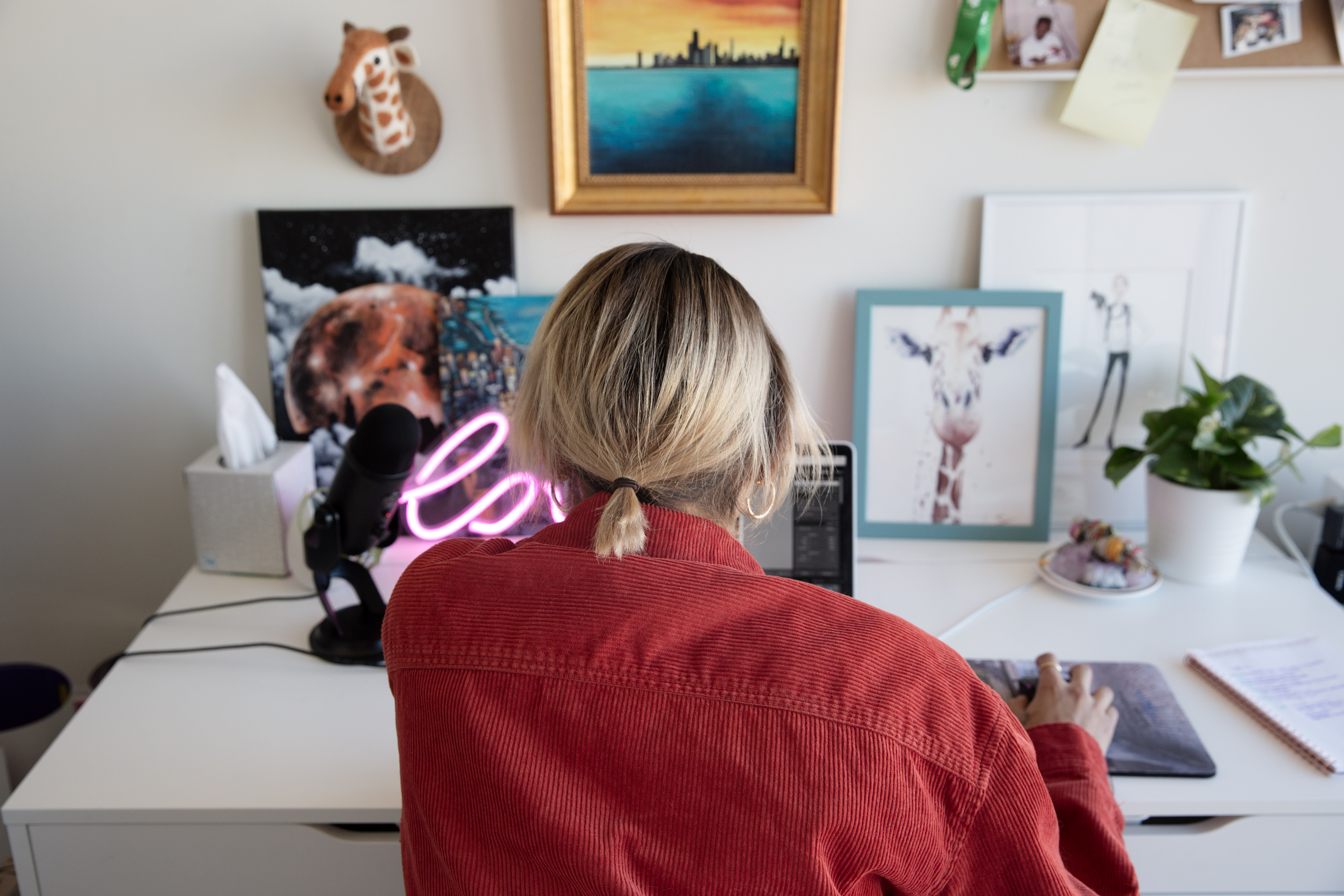 Speak about your work, how and why did you get involved in this mission?

I started designing when I was 9 or 10 years old. I got one of those old mac computers from my mom… pretty sure she didn’t get it for me I think she got it for herself but in due time it became mine because I was obsessed with it and I couldn’t stay off of it. I was making art on this kid program called Kid Pix. It was really just this really silly kid program where you could draw and make different types of visual graphics. Eventually my parents caught on that I was really obsessed with creating things digitally so my dad got me my own ocmputer when i was in middle school. That’s when I owned my first website when I was in sixth grade. I taught myself how to code, taught myself how to do illustrations, taught myself how to do photo shop. Whatever I could teach myself I tried to when it came to something I loved and cared about.

Coming into a city that’s this beautiful and also getting on Instagram in 2010. I was just posting selfies and pictures of my food and regular stuff. Nobody really knew what Instagram was and I had to explain to them what Instagram was. At some point I brought the graphic design element into how I was using Instagram. I started using some apps that were really messy and weren’t really ready for use but I was using them anyways and kind of pushing the envelope of mobile photography. Eventually Instagram caught on to me being so obsessed with it and consistent with it that they put me on the suggested user list. At the time it was this list that basically popped up when people signed up for Instagram they would see my face. Within that I got over 100K followers within like ten months, it was pretty intense. There’s like an accountability factor within that but also an excitement for me cause I was like I can do this. 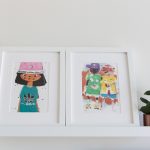 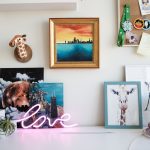 How has the city shaped you?

We have a beautiful community of women who really are powerful beyond their measure, who believe in themselves, who have an idea and actually follow through with it. That’s something really amazing about Chicago is that women respect themselves here and they respect their craft and they’re not afraid to tell somebody how it is. 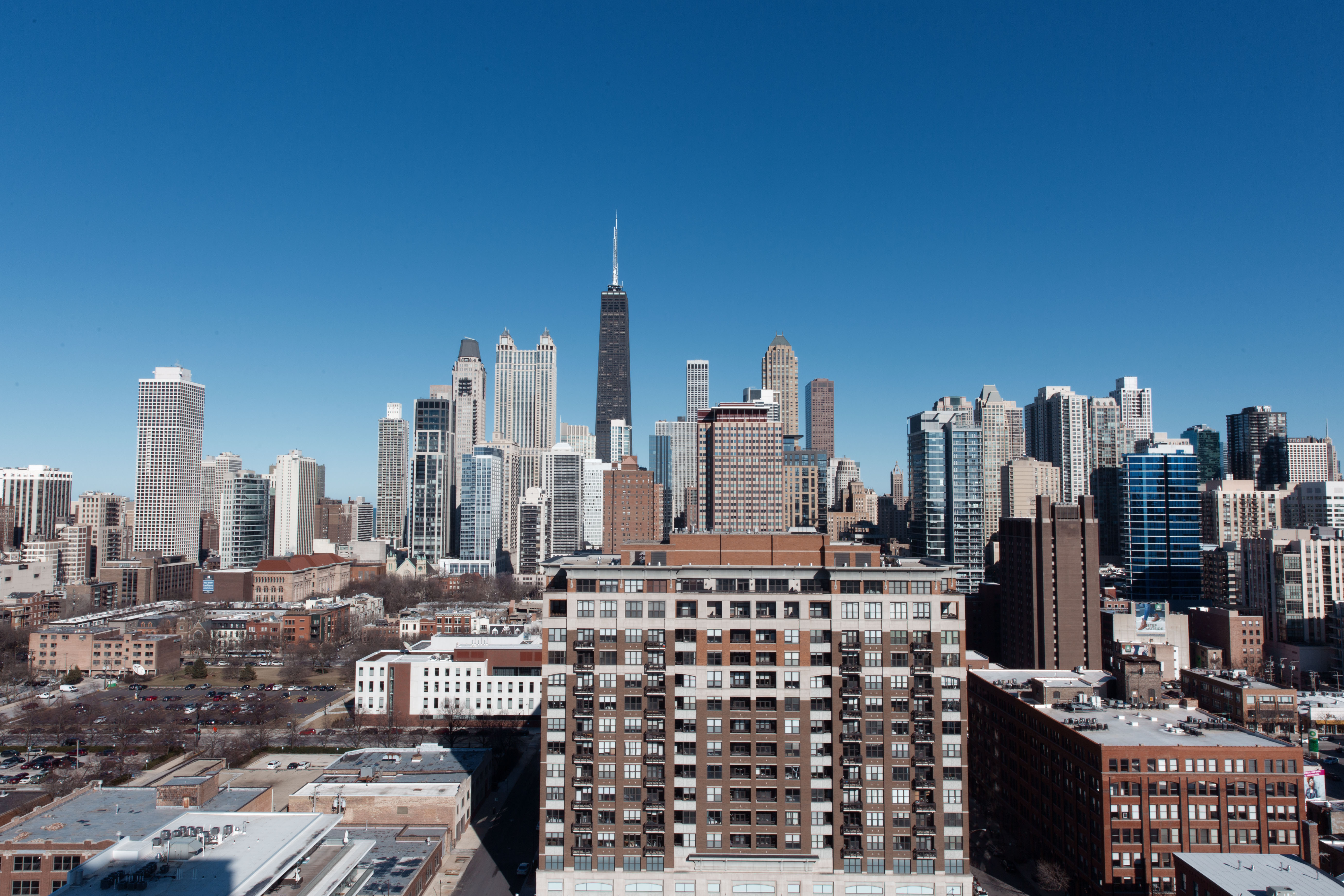 What would you like to give back to the community?

At the end of the day I would like to give the community everything I know. I’m not a person who’s afraid of sharing my secrets, because I feel like even if I gave all my secrets away nobody would ever be able to do it the exact way I do it. But then, I don’t think that they would want to. I think everybody is such an individual. I think that’s what is so amazing about what we can do. We can share our knowledge throughout these platforms, and that’s something I try to do, share it through my podcast, through my youtube, through my instagram. Any kind of secrets and tutorials that i can give people and inspire people to know really where I came from was nothing.

I started on an iPhone 4. I had no laptop no camera, nothing. I wanna teach people who have nothing, especially these kids. Just being able to inspire them and tell them that they don’t need to have a ton of equipment or a ton of money. You can start from nothing to build a business and a brand and something great for yourself the same way I did 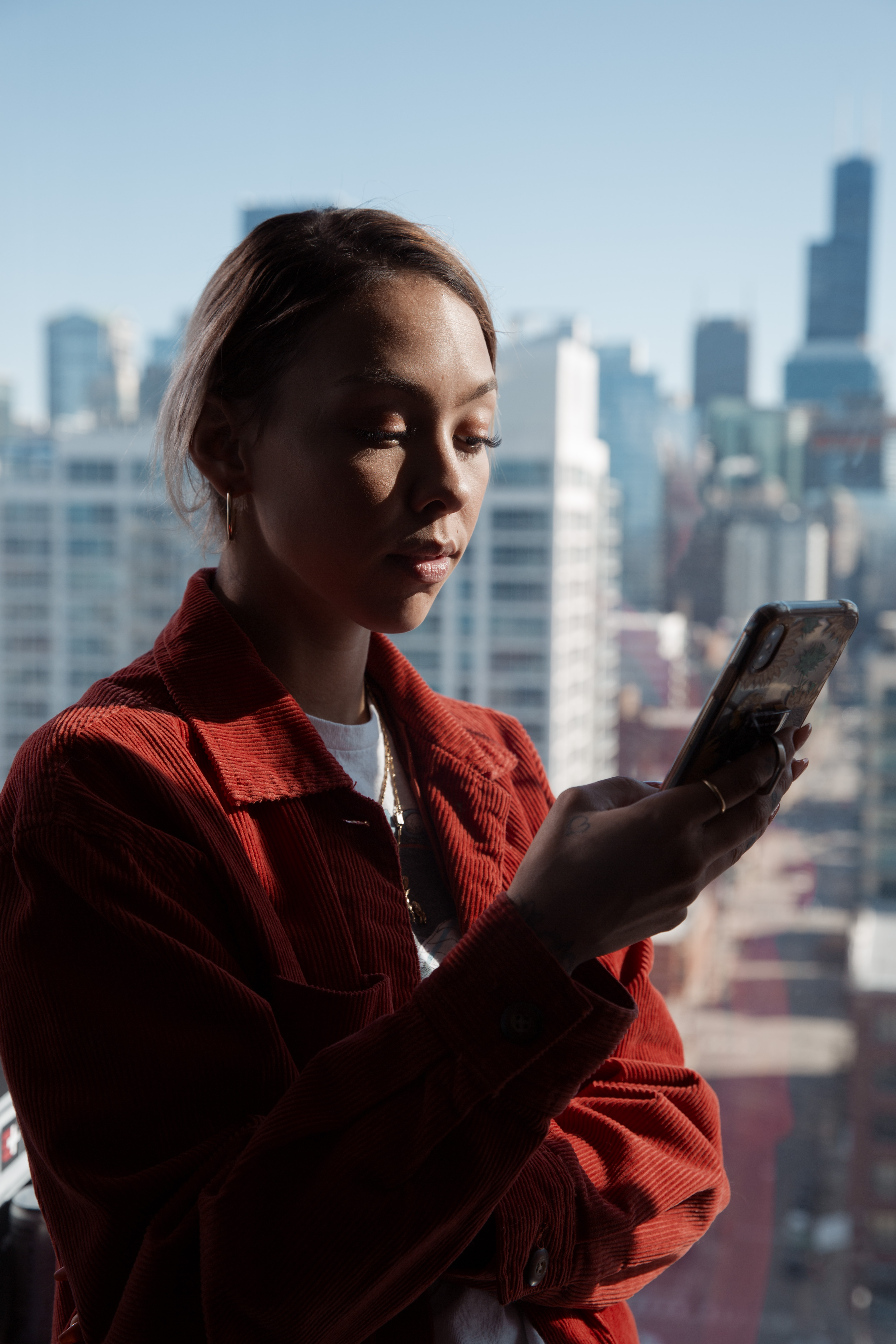 The view from Swopes’ balcony, where she shoots her daily sunrise photo. Photo by Tom Gavin.

“You can start from nothing to build a business and a brand and something great for yourself the same way I did.”

Swopes calls Chicago her “playground” and after a visit to her home it’s easy to see why. This city is a place where she can experiment. A laboratory to explore the notions of staticity and movement. Her perspectives of Chicago conjure the grandeur and mystery of falling in love with a city for the first time.

But it’s more than just this notion of urban playground that makes Chicago home to Swopes, it’s also the people. Swopes stressed the wealth of learning and feeling of belonging that she finds in Chicago’s community of powerful women.

Swopes on her balcony at home. Utilizing her main tool, the Apple IPhone. Photo by Tom Gavin.

“We have a beautiful community of women who really are powerful beyond their measure, who believe in themselves, who have an idea and actually follow through with it. That’s something really amazing about Chicago is that women respect themselves here and they respect their craft and they’re not afraid to tell somebody how it is.”

This is what Chicago sounds like to Elise Swopes. Sweltering summers or bitter winters, she’s committed to growing the city she loves. It’s inspiring to hear her speak this way. It’s a reminder of why art continues to thrive here on the third coast. The beauty of the city lies not just in the jungle of iron and steel but in the hearts, minds and spirits of Chicago’s powerful voices… voices like that of Elise Swopes.

Listen to the full interview: 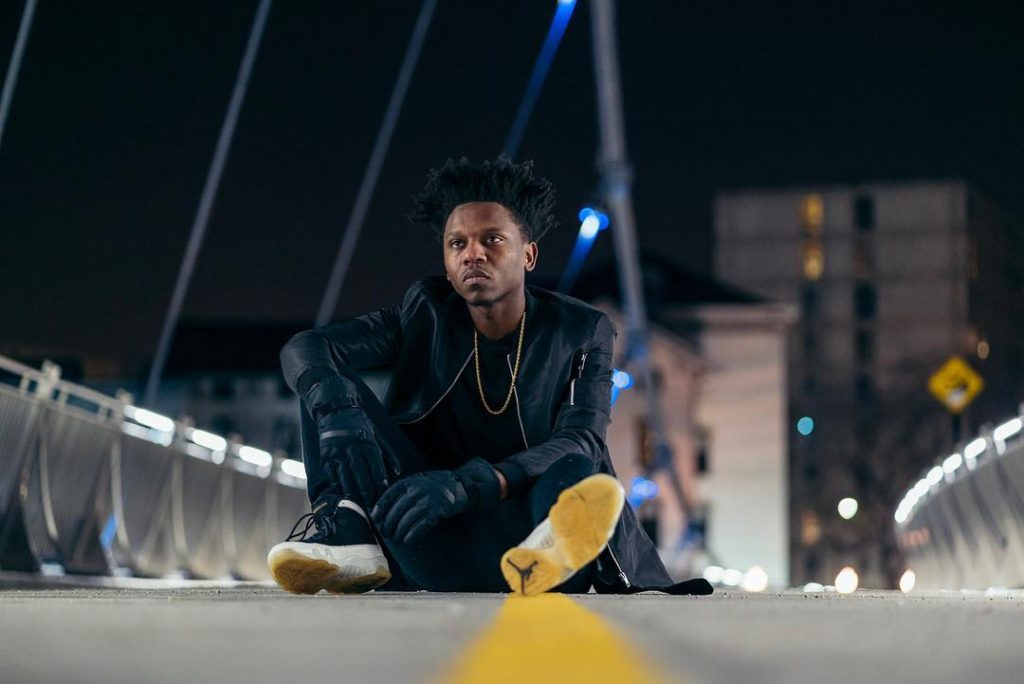 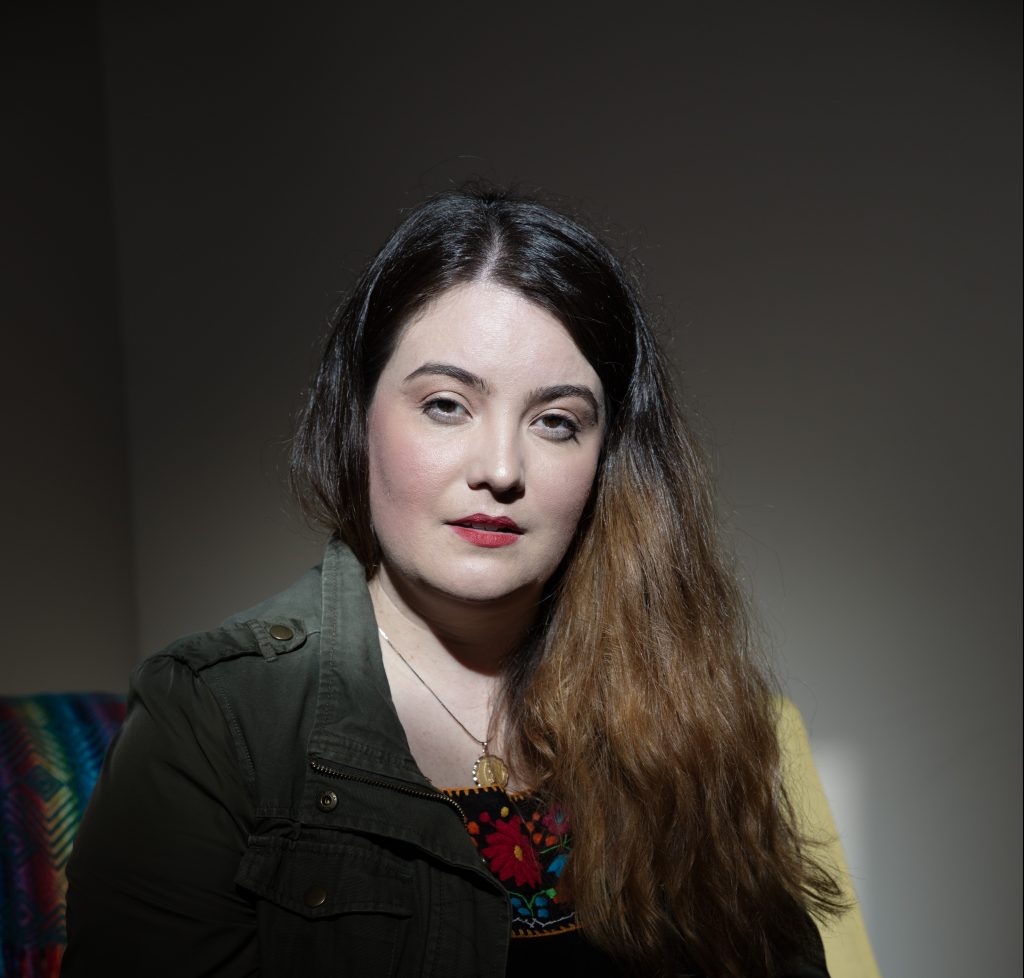