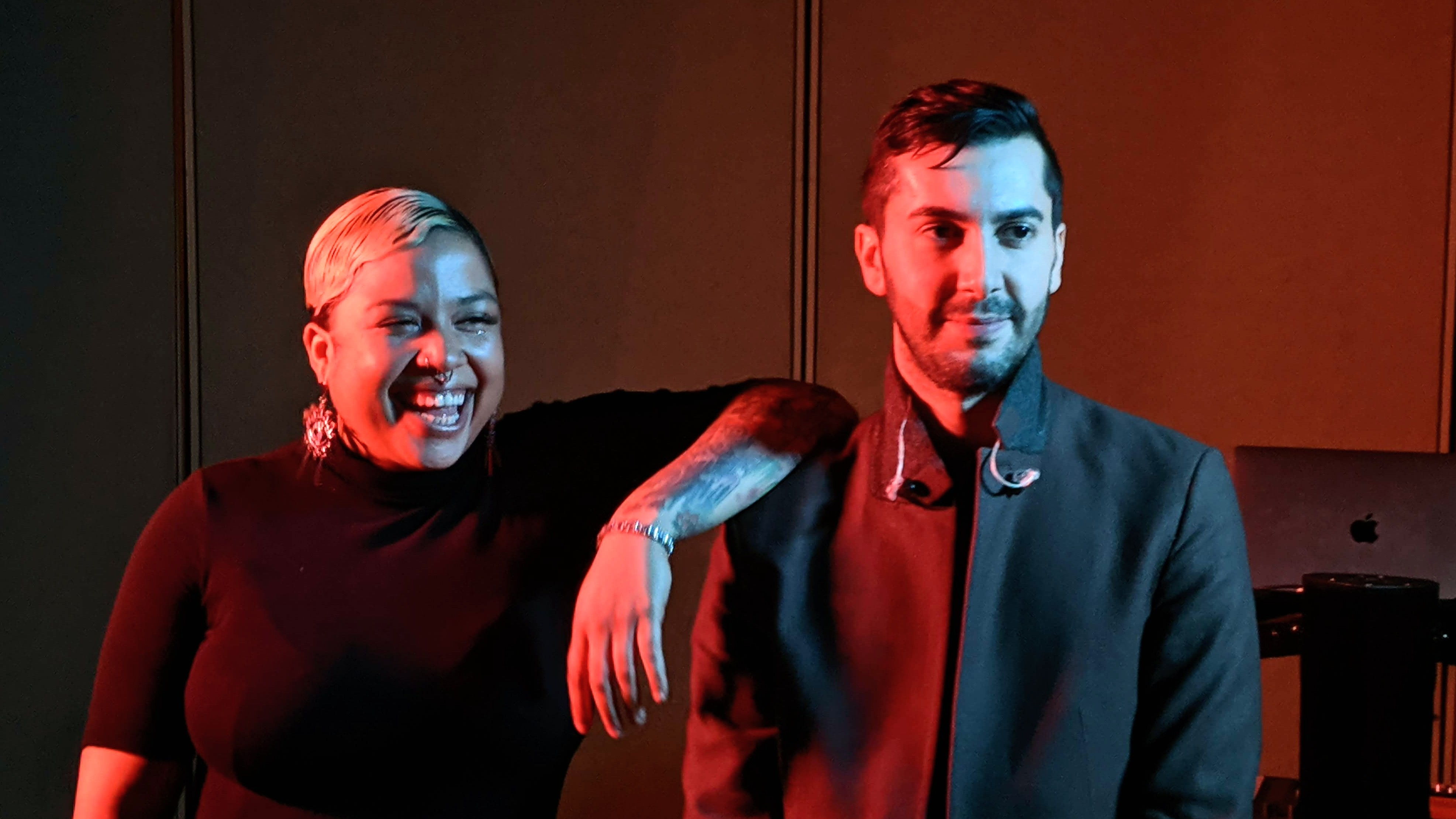 DRAMA is a Chicago-based electronic music collaboration of producer Na’el Shehade and vocalist Via Rosa.

Together they create a dance heavy, yet melancholy sound that blurs lines between House, R&B and soulful-pop. Their new album is called Dance Without Me and is a perfect romantic dance-pop soundtrack to heartbreak, loneliness, longing and unrequited love.

Jill Hopkins: Last time we spoke a few years ago, you described your sound as Happy – Sad music. Does that description hold true today? And how do you walk that tightrope between sad music that’s also great to dance to?

Via Rosa: Yeah, the description definitely still holds. I think it’s just the natural balance of life to, kind of, keep it together while we’re falling apart.

Na’el Shehade: Music just heals all. So when I’m producing the record it’s the mood that I’m in and the feeling that I’m in as well. And when Via and I are working, it shows in the music how we felt making a song, or how she felt writing it.

JH: Na’el, you’re from Chicago and House is a big element in how your music sounds. Do you see yourself fitting into that House music tradition?

NS: 100%! I’m a huge House head. One of the first parties I’ve ever been to was a House music show. I was 12 years old and it was a day-time party. I watched Jesse DeLa Pena play two records at the same time. I was like, “Wow, this is amazing! What is going on?!?!” The influence of that genre just carried over into what I’m doing now, and so when I met Via, she has this House voice but I didn’t want to go all the way House with it. I wanted to have that balance of like R&B and that Chicago House sound. You can definitely hear the dynamic between the two.

JH: What mark do you hope the DRAMA leaves on the legacy of House music?

VR: To be quite honest, I didn’t even know that I was listening to House music when I was listening to it. When Na’el told me we’re gonna make House music, I was like, “You’re crazy. You lost your mind! I don’t even know how to dance; I don’t listen to House music.” And he was like, “Yes, you do, just trust me.” So then the more we started working together, the more I got an understanding of it. If anything, I just wanted to make something great that everybody could listen to and you can play at family reunions, or birthday parties.

NS: Via has that smoky voice, and it’s perfect for singing about love. I mean, House music is all about love, you. It’s about unity and love and having a great time at the party. To me DRAMA is just a mixtape of all my favorite kinds of music, all in one.

JH: Via, you’ve said about the new album that it’s dedicated to the people watching their friends’ love lives grow and happen around them and not having anyone in your life. Talk to me about this idea of dancing through longing.

VR: I think it’s something that just naturally started happening in my life. I remember when we first started doing the shows, I didn’t know what to do on stage because, like I said, I didn’t listen to dance music. I wasn’t this little girl singing and dancing in front of the mirror with my microphone. And as the shows went on, people kept telling me that I had to move around. And I kind of took that literally for everything I was going through. When you find yourself in these moments when you’re just wallowing in your own sadness and drowning, you have to move, you have to keep moving.

And that really stuck with me. You have all these moments where you just really not feeling yourself, or feeling life for that matter, and you just have to keep dancing, keep believing and reaching out to people. I think a lot of people are afraid to talk to their friends about real matters. We don’t talk about our problems with our friends anymore, you know, and it’s kind of scary.

JH: I love a good origin story, and you two have a good one. Do you mind sharing it?

VR: Well, if you must know, Jean Deaux was working with Na’el on Soular System, and I was a fan of Jean. I met her at the studio, and she needed rides to the studio. So I’d pick her up and take her to the studio and hang out with her at Na’el. I would eat my lunch and take her home. And every time that I was there, she’d be like, “Man now you gotta work with Via, you gotta work with Via.” And Na’el was like, “Yeah, yeah, yeah, I don’t have time to work with this person I’ve never heard of before. I’m working on, you know, this album and that album, and I have three businesses.” And I was just eating my plantains and chilling in the corner. And then one day, I invited him to a party that I threw where I was releasing a project. I had catered the event and had my artwork on the wall. He came in he was like, wow, this is really cool. You should come by the studio sometime.

He sent me some beats, and we did like four songs in one night. We kind of just looked at each other and said, “Okay, same time next week?” And we just kept working together. And then, one day he called me he was like, I’m gonna start a band. You wanna be in my band? And when I showed up to rehearsal, he was like, “Okay, it’s just us. You’re gonna sing and write, and I’m gonna do everything else.” And I said, “You’re crazy,” but I did it anyway because I believe in him. I really loved the music that we were making at the time and I just decided this is it. This is what I’m going to dedicate my life to.

Listen to the full interview and live performance here:

Vocalo Is For Lovers … A Valentine’s Day Playlist 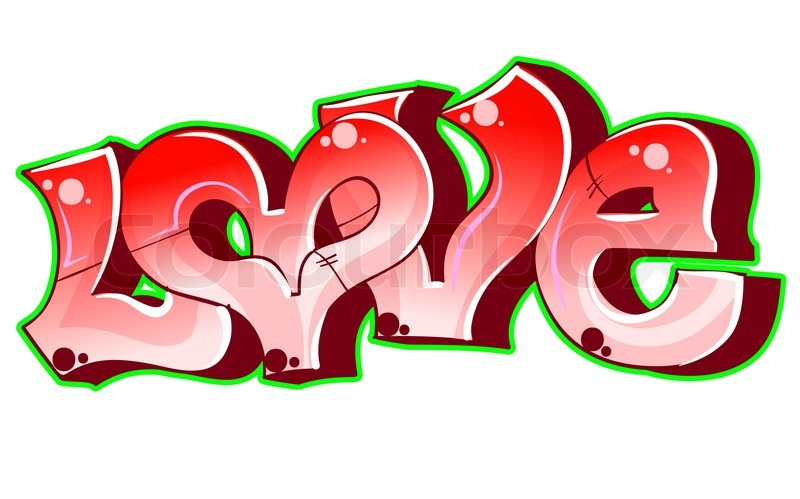 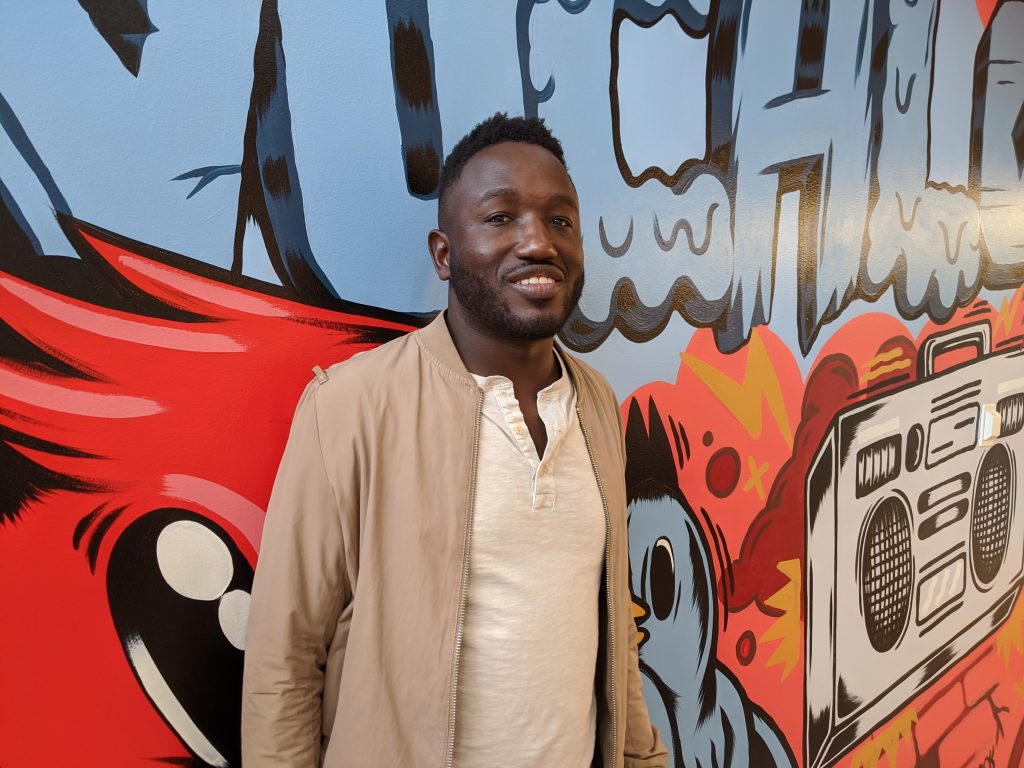