Joe(y) Saves Lives — And Wants To Teach You How To Save Lives, Too

Joe(y) finds purpose in helping others in his community.

As the training coordinator for Ujimaa Medics, 22-year-old Joe(y) spreads life-saving first response knowledge in an effort to save lives and help others do the same.

Ujimaa, Swahili for “collective work and responsibility,” Medics — often shortened to UMedics — is a grassroots nonprofit collective of Black individuals around Chicago dedicated to spreading life-saving, emergency first response knowledge, pursuing health justice and creating trauma centers on the South Side of Chicago.

Nurse and activist Martine Caverl and BLM Chicago executive director Amika Tendaji are the co-founders of UMedics, which began partially in response to the 2010 death of community activist Damian Turner. Turner was reportedly shot just blocks from the University of Chicago Hospital, yet passed away in the ambulance on the way across the city to another medical center, nearly nine miles away. Joe(y), Tendaji’s son, was 10 years old at the time of Turner’s passing.

“Everybody was like, ‘Yo… somebody could have walked him to the University of Chicago,’” he recalled. But at the time, the Universisty of Chicago Hospital did not house a Level 1 adult trauma center. Turner was only 18 years old when he died.

Caverl and Tendaji dedicated the next few years to gathering knowledge and resources, officially launching UMedics and beginning to offer emergency first response training in 2015.

According to the National Library of Medicine, it takes, on average, seven minutes for an ambulance to arrive in the United States. But a series of 2019 CBS 2 investigations found Chicago’s ambulance response times took longer than seven minutes in 19% of cases, with some wait times reported as 20 minutes or longer.

Eight years after Damian Turner’s death, and after years of protests, activism and community interventions, the University of Chicago Hospital opened a Level 1 Trauma Center to serve the South Side in 2018. But the need for community health interventions remains.

Though UMedics acknowledges the root issues like gun violence need to be addressed, they feel it’s just as crucial to equip community members with the skills and resources to save lives in emergency medical situations — especially in the case of increased ambulance response times and diminished access to proper medical care.

“Our trainings are really a direct response to everything that we see happen in our hood,” he explained. “We can do these workshops anywhere … The point is that folks just need to get this knowledge.”

In this installment of “This Is What Chicago Sounds Like,” we heard from Joe(y) about his work with Ujimaa Medics, the necessity of first trauma response education and how he finds fulfillment in helping out the members of his Chicago community.

We do these workshops, these many types of workshops that can not only serve the purpose of physical treatment of gunshot wounds and of asthma attacks and seizures, but also the holistic wellness part. “This is where we live, and this is why we need it.” The development of our curriculum is mostly based in community care.

Where are you from? What do you love about Chicago?

I think I love what most people hate about Chicago, which is like the, I don’t know, the cold, like, bitterness of… everybody in here is rough, like, and really hard-cut. Grew up on 79th and Honore. I just love the people around here.

We have a neighbor right here, and he would give us popsicles. We only knew him as the popsicle man, always came through with the popsicles every year on the same day. A lot of folks around here just look out for each other. The demographic here is a lot of, like, single-family homes and folks that are trying to work into that middle class, so everybody here is really pitching into the community and trying to help each other out in any way that they see.

Chicago has made me rooted in the issues that caused my family to live in this apartment building, right. That caused us all to live on this block. Chicago is just an eye-opener, right? An ear cleaner. It makes you see it.

What is the history of Ujimaa Medics? How did you come into this work?

Damian Turner, RIP, one of the main reasons why we started Ujimaa Medics — who was shot less than a mile away, almost less than a block away from University of Chicago — helped co-found Fearless Leading by the Youth, FLY. They started in 2010. He died in 2010, like a few months later. I came into it because I met Damian less than a year before he died. I was 10 years old, right. And then going to the viewing, and everybody was like, “Yo, like, somebody could have walked him to the University of Chicago, yet he had to take a 40-minute ride to Northwestern and died on the way there.” And so their activism really came full-circle around, like, getting trauma centers on the South Side of Chicago.

Our city has the worst, relative to our size as a city, ambulance response time in the nation. Ours is 20 to 30 [minutes], we know that there are cases where folks take 40 minutes to get there. And so, after the trauma center fight and during, Mama Martine [Caverl] and my mother, Amika Tendaji, ED for BLM Chi. Martine is a nurse, my mom is just really co- with the organizing, right? So they put their heads together to develop a curriculum and that’s how we came about. So that’s how I came into it. In 2015, we officially launched.

How do you shape and create the curriculum for your trainings?

Each and every training is built out specifically based on situations that we know. In Black and Brown neighborhoods, more folks are affected by lung disease and asthma and COPD than in areas that more affluent folks live in. So we got asthma training. There are no trauma centers in the places that they’re most needed. So we got to apply the pressure ‘til they get there, you know what I mean? We know that our homies are dropping people off in front of hospitals. We just got to show them how to do that better.

But now, we do much more than that, we do seizures, asthma attacks, community safety, planning, protest safety, community emotional care, as well as, right, a little bit of political education on the things that get us here. To needing this type of work to be done in our communities.

Our trainings are really a direct response to everything that we see happen in our hood. We can do these workshops anywhere. We’ve done them on corners, in living rooms, in parking lots. We’ll do it in an alley. It doesn’t matter. The point is that folks just need to get this knowledge.

If you talk to any surgeons about, like, gunshot wounds, they call it a “golden hour” that you have before you die from blood loss. If it takes 20 minutes for the ambulance to get there and 40 minutes to get to the hospital, your hour is gone, right. But this is just what our folks face.

And I understand that, like, gun violence, right, somebody stands behind the gun. But man, it ain’t our fault that we can’t get help. Something that’s supposed to take 10 minutes takes an hour.

We teach folks how to deal with cops, right? Because, specifically in Chicago, we have a really big problem with police culture here. We’ve had experiences with folks come up to a scene and can’t get to the person that’s been harmed because there’s a cop standing in between it, and they see it as a crime scene. We have a notoriously abusive police department. I know a person in my family that watched a cop step over their body while they were bleeding from five gunshot wounds, and pregnant. That story opened my eyes to know that, even though a cop has a tourniquet on his vest, he’s probably not going to use it to help you.

In eighth grade I was teaching my homies how to apply pressure. You hear ambulances all day, but you’d never realize, like, how long it took for the person that’s in the back of there to get that care, until it’s multiple of your homies taking that ride.

A revolution, right, it’s something that revolves. It’s a circle, a cycle. And inside a revolution, right, there’s always going to be the hard, rough times, man, that’s really hard to sit through, right? And stuff that you just gonna have to sit there and take, but at the end, I mean, there’s always light at the end of the tunnel. The light for me is the smile I get. You know what I mean? I guess, like, in between I play video games and stuff, but for real, like, helping out my community in every way that I can is my full-time job.

What do you do when you’re not working?

This weekend, I’m going to go fix some stairs. You know what I mean? This is how I take up my time, is helping folks out. Solving the problems. Using skills that are particular to me and my experiences, and exercising that every time I can. Which, you could pay somebody a thousand dollars for, but what’s better for me is the fact that I’m going to get a cold beer afterwards and chill and, like, be with that person. You know what I mean? That’s what gives my dopamine release.

What does your legacy mean to you?

I say that, like, my legacy… I just want my name to be, like, what I would have liked to look up to, growing up. Like, that person I would have liked to follow step-for-step for. Our problem is, in Chicago, like, not really noticing and taking advantage of the opportunities that we have to change these systems. And then believing in one another that we can do this.

Written introduction, photography and transcript edit for length and clarity by Morgan Ciocca 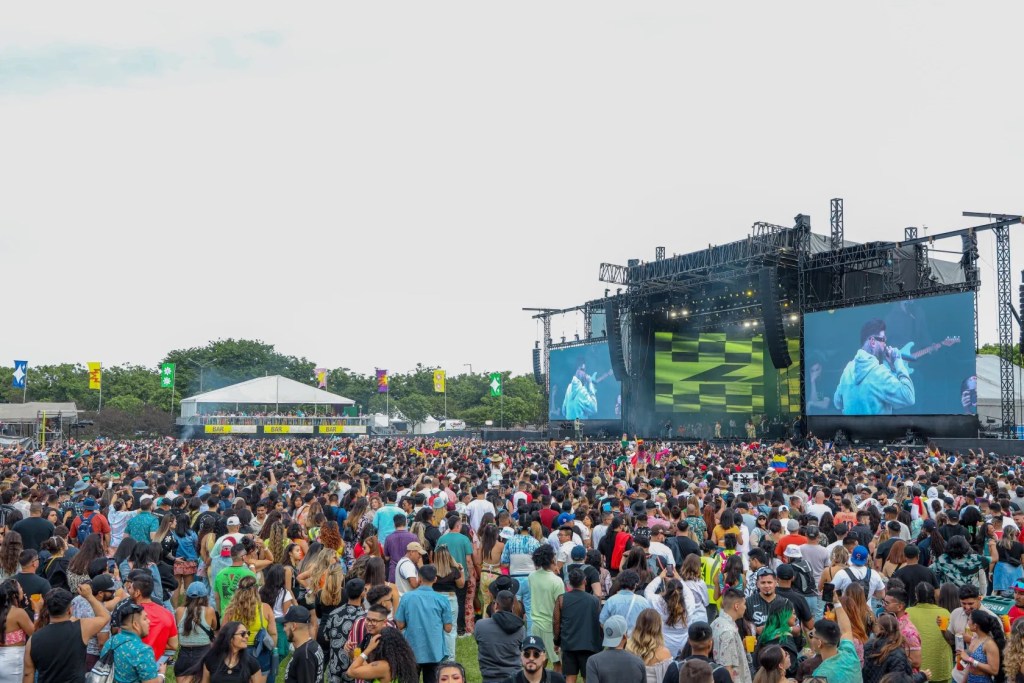 For Teddy Truman, It’s Never Too Late For Creative Expression 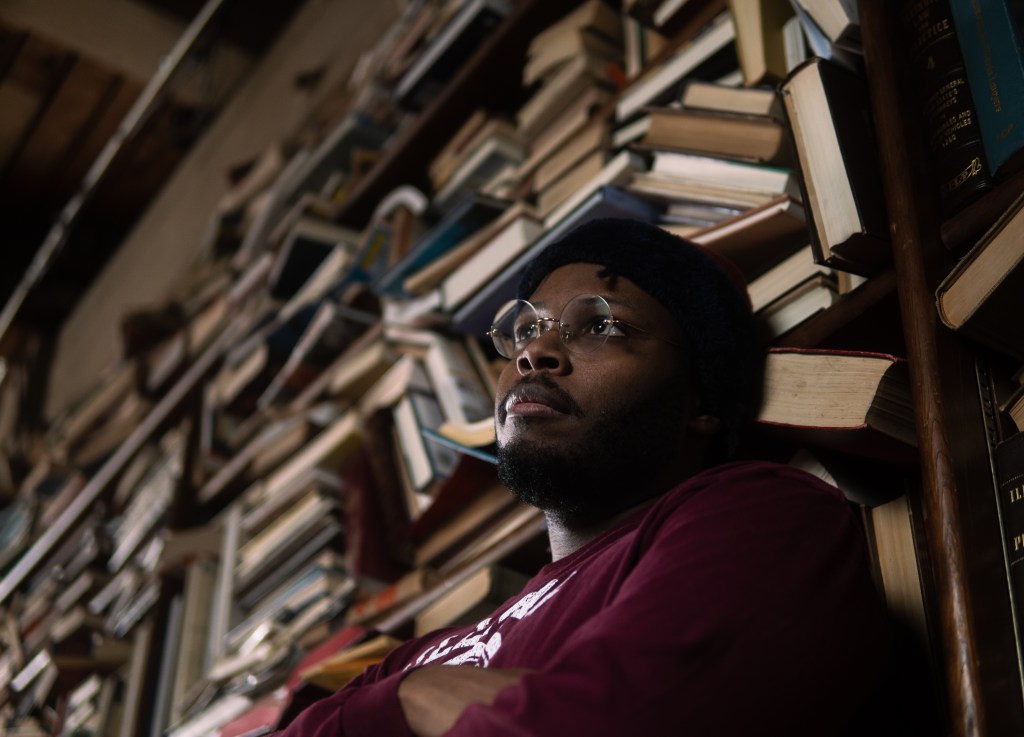