Djedi Ohm is a tap dancer, Reiki practitioner and jeweler from the South Side who emphasizes the healing aspect of dance.

Born and raised on the South Side, Ohm recalled to Vocalo that he knew tap dancing was going to be a major part of his life path when he felt the audience’s eyes on him after his first recital. He’s now 22 years into his tap dancing journey and teaches at The Mayfair Academy of Fine Arts on the South Side, passing on his knowledge to ensure the art is never forgotten. Not only does Ohm teach dance, but he shines a light on finding the divine in dance.

“I didn’t feel too connected to [religion],” Ohm explained. “So I dive more into something I felt more connected to, and I feel God when I dance.”

For Ohm, tap dancing is a deeply spiritual practice. He feels tap dancers of the past dancing with him, and, as a Reiki practitioner, Ohm takes the concept of energy healing and points it toward dance. He believes when you tap dance, you take your focus on the outside world and put it to the floor.

“Sometimes there are no words to express what you want to say,” Ohm pointed out.

That’s where the healing is: the release of emotion through dance.

As part of our audio interview series “This Is What Chicago Sounds Like,” we talked with Djedi Ohm about the art of tap dance, teaching at the Mayfair Academy and how dance is a vessel for catharsis.

I am from Chicago born and raised South Side, still on the South Side. In the Beverly area. I’m around a lot of elderly, so they have a lot of knowledge of what it was like before the neighborhood was there. So it gives me a lot of perspective. And, shoot, it’s just good to know that, you know, the history behind where you staying.

What has kept you in Chicago? Why haven’t you moved?

Chicago has some of the greatest artists that come from here. We have Sam Cooke, we have Minnie Riperton, we have Kanye West, we have Common, we have Twista, we have a whole bunch of musical geniuses out there. The fact that me, growing up on 79th Street at Mayfair Academy, taking classes, and just learning steps and history and your rhythms and things of that nature, just learning dance, learning how to heal myself. That’s what kept me here. It’s like, “Where can I go elsewhere?” I mean, there’s places that you probably can go. But for me, it was like, “Yo, this is my culture. I want to make sure I’m a part of it when it expands and when it blossoms.” I definitely want to make sure that tap dance was never forgotten.

How did you get into tap dancing?

I started at Mayfair Academy, I was about nine years old, and after my first recital — I was a class clown, so I liked to play a lot. So, in my first recital, I saw that I had the audience engagement, and I ate it up. And I knew, right then and there, that that was going to be a big part of my life… that tap dance will be a big part of my life, but didn’t know it would be… basically be my life. My mother found out, through Mayfair Academy, about the Chicago Human Rhythm Project. I won a scholarship, came back, started taking class from some of the greatest tap dances in the world, and it was just the most blessed part of my career. Taking the master class and going into that class is different from going into the class that you used to go into, with the, “five and six and seven and eight.” These people go, “[Vocalizes tap rhythm].” You like, “Okay, [confusedly vocalizes tap rhythm].” And… you’re working on it, but you finding out that, “Hey, there’s something else out there that I can grow from, or grow with… something that can mold me into something better than what I was learning before.” Been doing this over 22 years. So it’s kind of… it’s a big thing.

Ohm taps near Grant Park, off Michigan Avenue, on the warm evening of July 12. With his rolling dolly, he can — and does — take his tap board to different places around the city.
Photo by Morgan Ciocca / Vocalo Radio, Chicago Public Media

How is your dance practice particular?

There’s tap dance, and there’s hoofing. Hoofing is more of the emphasis on the steps. That’s more of like a conversation… that’s more of a [Vocalizes tap noises], you know what I’m saying? That’s something more of a feel, a spiritual thing. You have tap dancing, that’s mechanical, and then you have hoofing, that’s soul. I dive more into my dance, because… there’s nothing wrong with religion, but, for me, I didn’t feel too connected to it. So I dive more into something I felt more connected to. And I feel God when I dance. I look at dance as my religion, but I don’t really do religion. It’s more of a spiritual thing for me. I’ll say spiritual because I can feel the elders of tap dancing. Gregory Hines, Sammy Davis, Jr., Bojangles Robinson. I can feel these people when I’m dancing. I’m like, dang, because I wouldn’t normally go that route, but I’m just gonna go ahead and… you know, in my head, I’m like, having a whole conversation. In my feet, there’s a whole language. So it was kind of a connection to the art form.

When you’re not dancing, what else do you get into? Is it all connected?

I’m a Reiki practitioner. So therefore, I put that into my feet as well. I like to take that and heal people through tap dance. I teach at Mayfair Art Centre, which is located on 8701, South Bennett [Avenue]. You come in, into a place where you can leave your troubles behind. When we dance, you take that focus that you have on the outside world, you put it right through the floor. That’s the healing part. You want to stomp, stomp hard… but don’t break your leg and your feet and everything, but release that. Express yourself. Certain things, we can’t say out loud. Sometimes, there are no words to express what we want to say. So, [vocalizes tap rhythm], you know?

You have to release it through your feet, or you release it through your hands, or just release it. Think about what it is that you’re thinking about that’s not serving you, that’s in your subconscious, and drum it out. Rhythm it out. When I look at tap dance, I’m looking at, “Okay, God gave me another day to get some rhythms right. And bless people with an energy that they’re not familiar with.” Bless them with something they can go home, take in their pocket and later translate it. And they can go, “Oh my god, I remember that time. And I just… sat there with it…” or whatever. However they… internalize it, but I just want something… give people that special part of me. I love my city. But sometimes I feel like everybody needs to lighten up and just smile one time… don’t have to be all day. But if I can make you bust that smile, I know I’ve done my job. 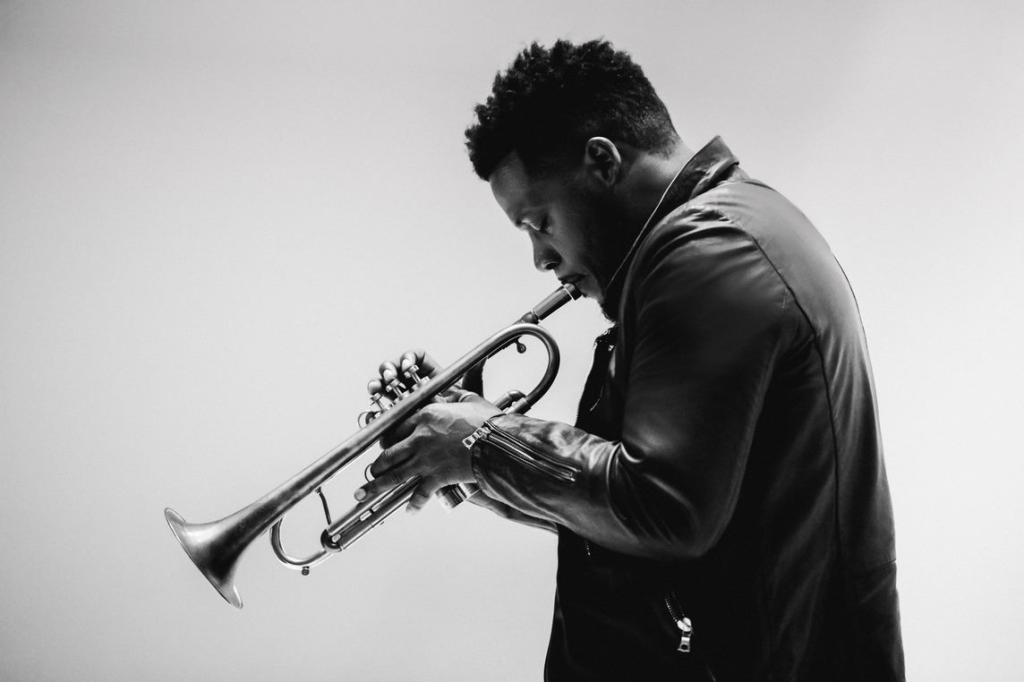 Amber Mark At Pitchfork 2022: “Connecting Is The Really Important Part” 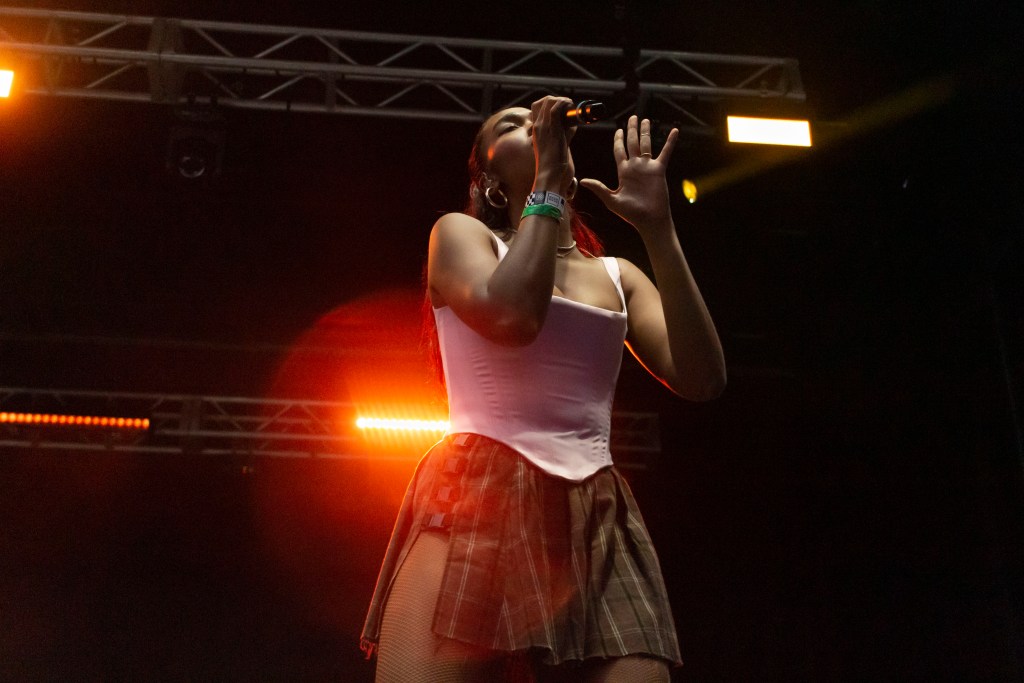 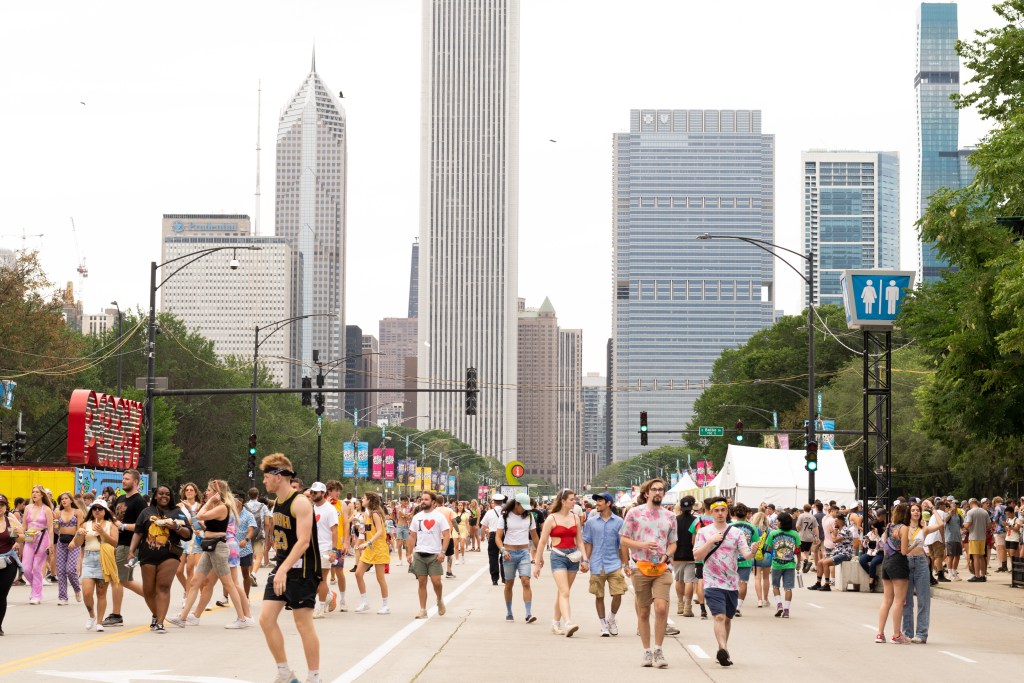