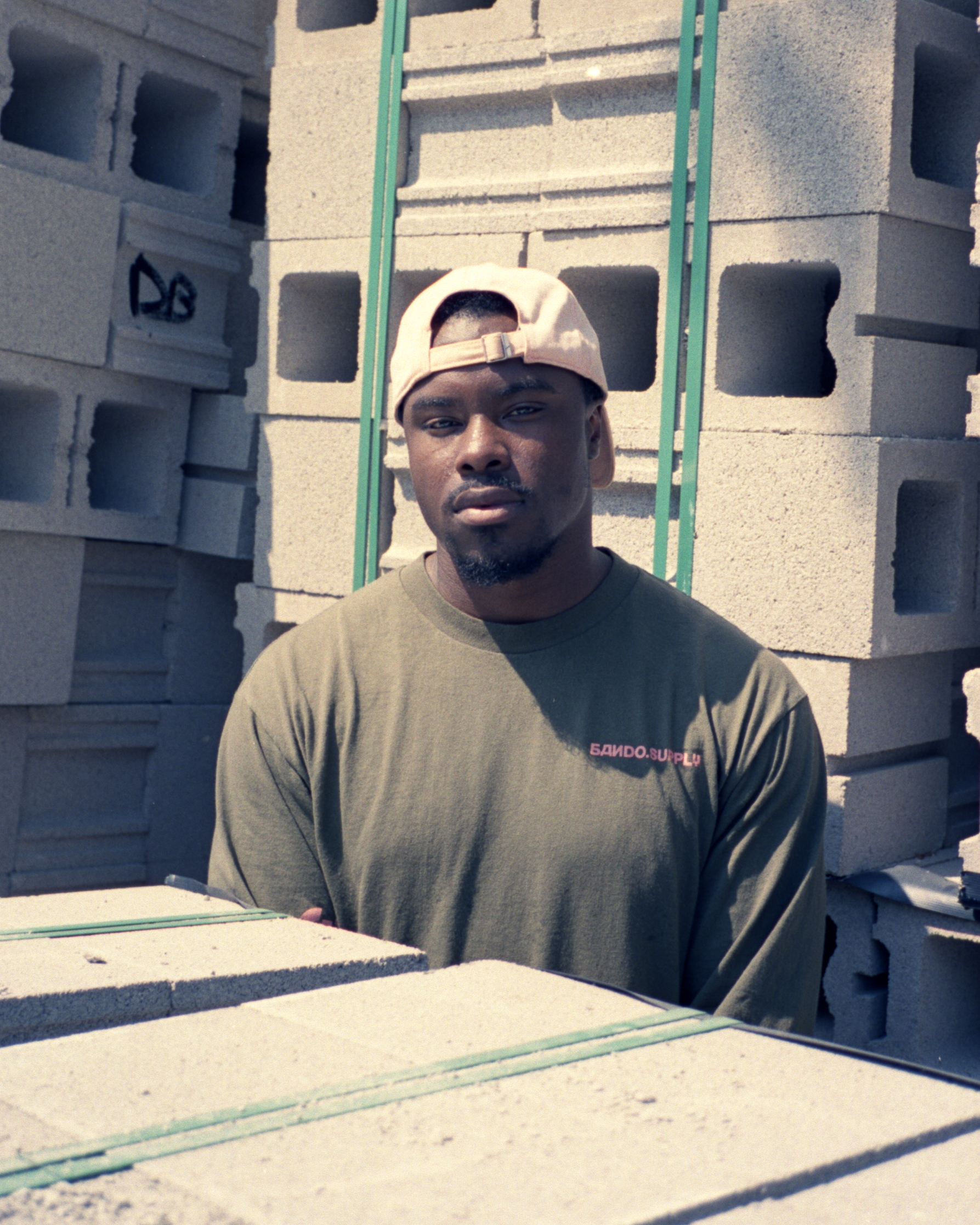 Caesar Gorgeous does not want to sound like anyone else…

Caesar does not want to sound like anybody else. This theme came up again and again in the course of our nearly hour-long conversation at SoHo House in Chicago’s West Loop. Caesar’s opinions on the music industry are clearly the product of a deeply reflective and strategic mind.

A trained sound engineer, Caesar’s music is expansive and cinematic with beats so complex and musical they could easily stand alone. He lifts these beats to new heights with thoughtful lyrics and unforgettably catchy hooks. The Chicago MC has been prolific this year, releasing a full length LP Perception with producer J Khaga and a slew of singles including “Youth,” “Four Walls” and “Breathe.”

He will return with QR EP, a collaborative effort with a number of Chicago artists dropping in January of 2020. QR EP is still personal like Perception but it’s less narrative based. The EP is more time based. Perception is more of a photo, while QR is like a livestream.

We sat down with Caesar Gorgeous to chat fatherhood, making your own lane and why there shouldn’t be one Chicago sound… 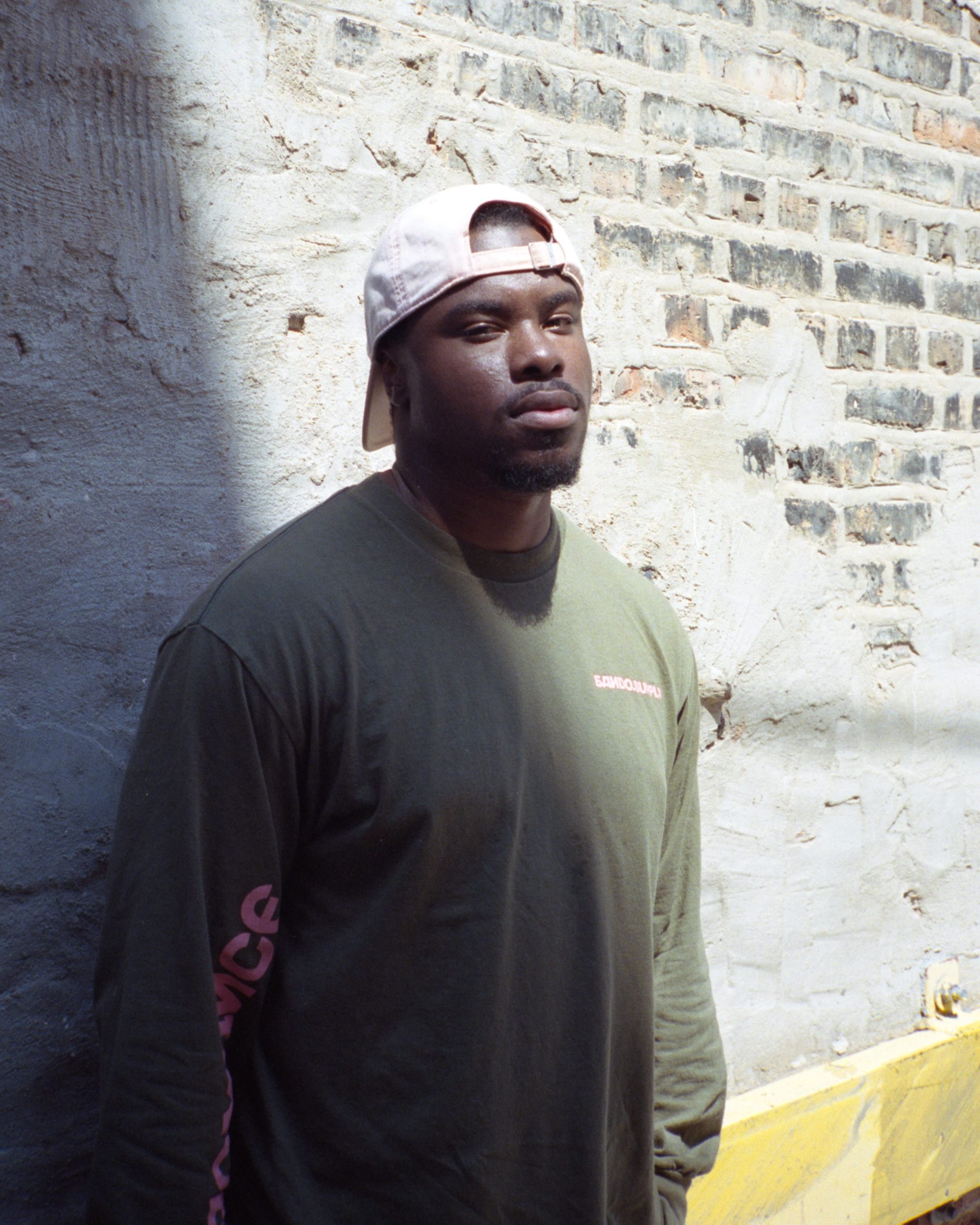 Tell us in your own words… who is Caesar Gorgeous?

Caesar gorgeous is a Chicago based rapper, producer, and audio engineer. I’m coming with a very dark, honest and cinematic sound. I’d say that is me in three words.

Where in Chicago are you from?

I want to dive in and start talking about the LP Perception, which is the current musical project you have out right now.

The project is inspired by a conversation that you had with your father and samples of his voice are big through line on the project. How has this project affected your relationship with your father?

You trained as as a sound designer and engineer at SAIC… How has that education influenced your work as an artist?

I don’t want to sound like anybody else. From the jump. We may have qualities that are reminiscent of other people in some in some cases, but in the end the way we go about our business (me and my co-producer and engineer J Khaga) is to make something unique and timeless every time we come into the studio.

I am very hands on. Me and J Khaga work hand in hand on everything. I’ve been in sessions and had experiences with artists where they just go and record, they don’t care what the beat comes from. They don’t care. They just want to sound good in the end… and if they sound good, they sound good.

I care about what microphone I’m on, I care about the little details. I want my delay to be at the right spot, there are conversations about basically every detail. 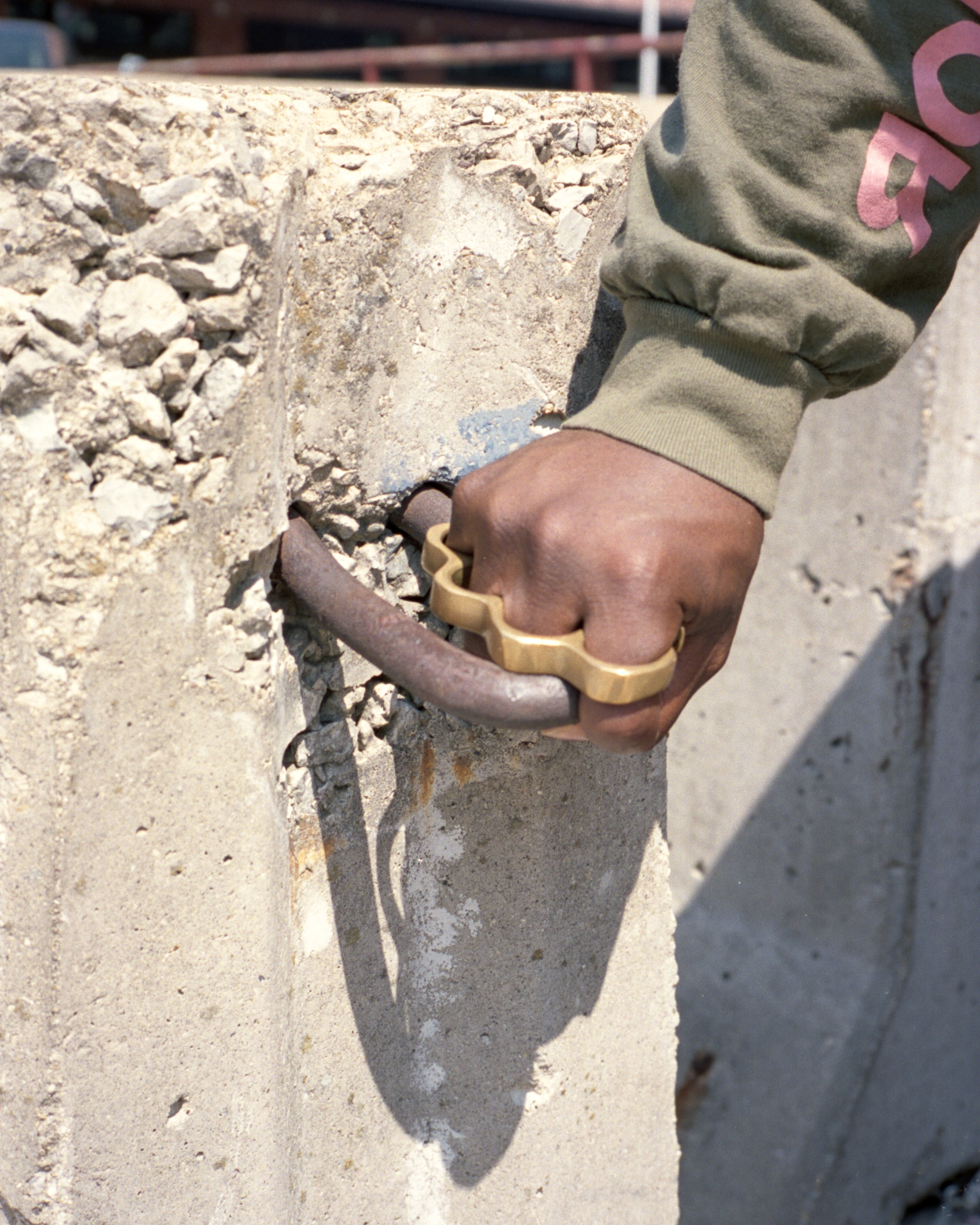 The sonic landscapes on Perception feel really full but at the same time they feel spacious. It’s a big sound but it has got a lot of space and feels incredibly deliberate.

In your songwriting process what comes first for you, the production or the lyrics?

It honestly varies. For Perception, it was mainly we would start with a sound bite from my dad and use that as the feel. For Perception everything I would write on the spot or I would freestyle.

So my writing process with J is very  in the moment. I wrote the majority of my verses in under 30 minutes. It would either be a hook in the first verse or a hook and one verse depending on the song. For the most part it was get my hook right and keep it moving.

On the song “From Here” you utilize what sounds like a sawtooth vocal effect. I’ve never heard that effect before in hip hop. What is that vocal effect and how did you decided to incorporate elements like that into your work?

We were struggling with “From Here.” I had a listening party planned and we didn’t have that song done. So the day before, we were sitting in the room struggling and I kept singing it and I kept singing it and J’s like it’s not right. I was getting frustrated, he was getting frustrated. He has a background in EDM. So that vocal effect is basically a mixture of like EDM vocoding, and like him playing out the keys. It’s a combination of two effects that people have heard a lot…

Because if you listen to EDM, or even some  bands like Bon Iver, there are times where they’ll take the keys on the keyboard and play out what’s being sung, matching the chords. These vocoders are being used in so much of modern music. So blending that together, on top of me singing the line is how we got there. 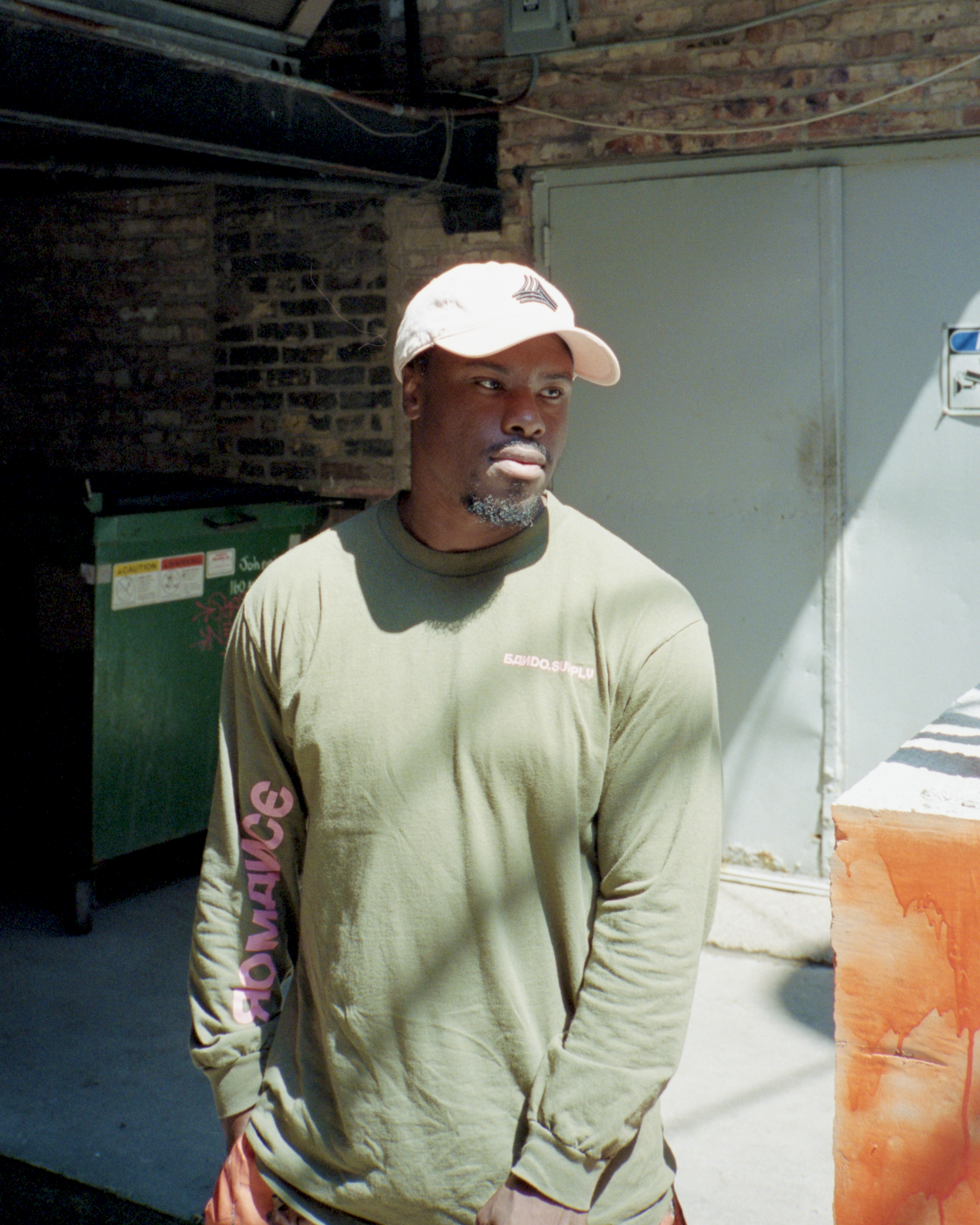 What artists outside of the traditional Hip Hop framework inform your work as a rapper as a singer as a producer?

For production I end up finding my pockets from people like Timbaland. I was listening to a lot of his work with Nelly Furtado and Justin Timberlake. I listened to a lot of that when I was writing.

When it comes to outside of the hip-hop sphere… a lot of James Blake, just his stream of consciousness and the way he repeats phrases to give certain things emphasis. I’d say for perception that was probably the biggest at the time: James Blake.

A lot of WoodKid just for the cinematic vibe that I wanted to tell the story with. James Blake and Woodkid and “22, A Million” by Bon Iver, I say those would be the three that are like outside the realm of hip-hop and R&B.

Let’s talk about the next project. The project you got coming out on 10/4 is called QR EP, is that the second project you’re releasing this year on your own label?

Yeah, so everything that’s been out has been through my label She’s So Gorgeous that I started up with a friend of mine Scruff.

We secretly put out another artist Morgan Gold who’s been doing a lot of good work around Chicago. And we have assembled a pretty good roster of people that I’m really excited to share with share with Chicago and with the world in general.

I let the artist speak for themselves but, like, the roster is crazy. I think Morgan’s got a song on Vocalo… “I’ve Seen Enough.” Definitely get her EP I Know What It Does

Over the years I’ve had so many hats in the Chicago scene. There are so many artists that I’ve wanted to work with or who I’ve met post project that I feel our sounds could be good together.

So this project is mainly about connecting how I see the future of Chicago music. Bringing people who I think are really great artists into my world and really bounce off each other’s fan bases. 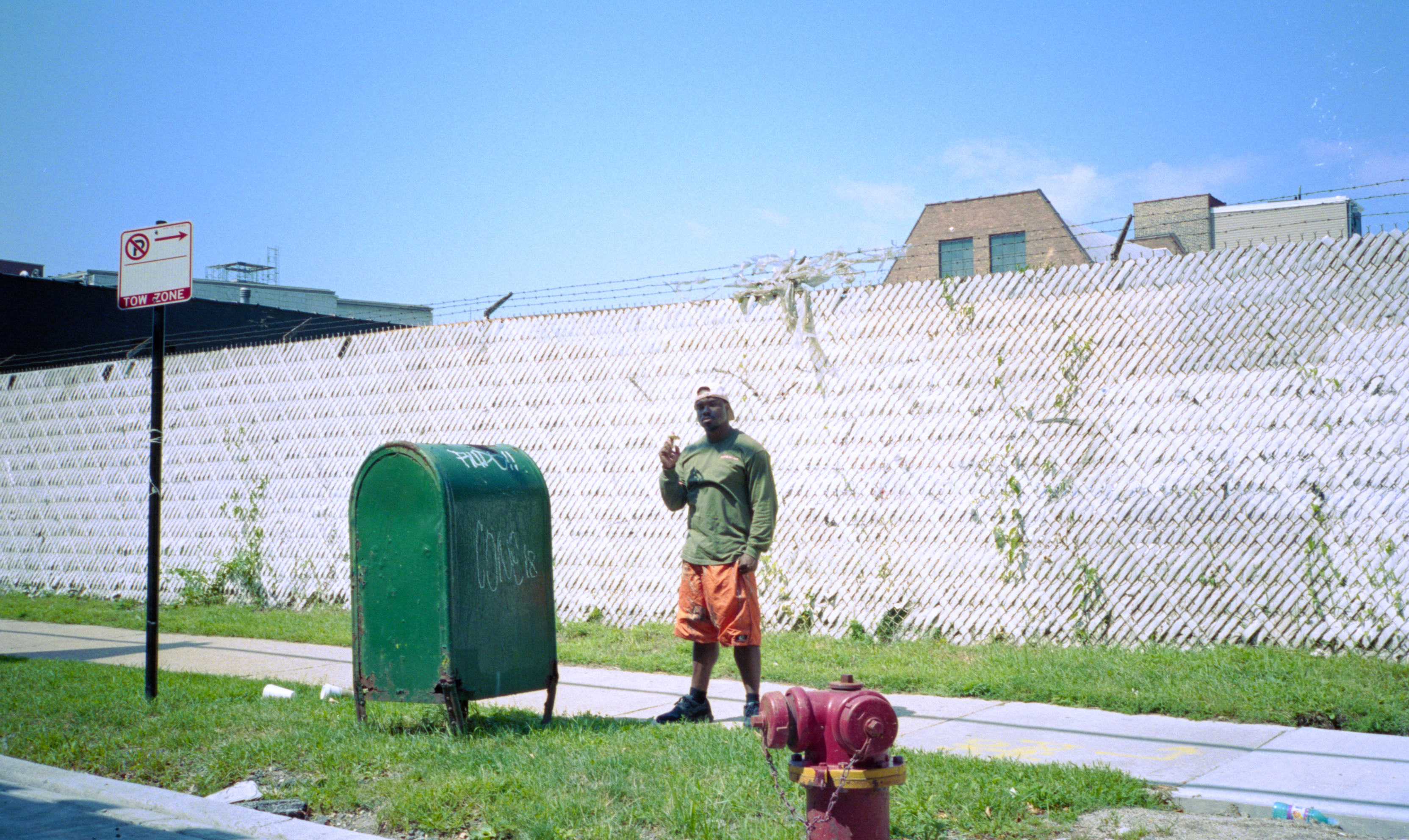 What do you kind of think about Chicago’s music scene today as an artist working here?

The scene is in a great position. I’m extremely happy to share that I think we’re about to enter the post Chance era in Chicago music. Chance has had a great, great impact on the Chicago music scene and it’s been great. You know, when someone’s hot you have that trickle down effect.

But that’s only one section of Chicago. There is also Dirk, there’s Keef, there’s so many people from the drill scene that have survived and made their own specific lanes. So I’m kind of like okay… What’s next?

This interview has been edited for length and clarity

Book It Black To Bronzeville Brings Rakim To Chicago 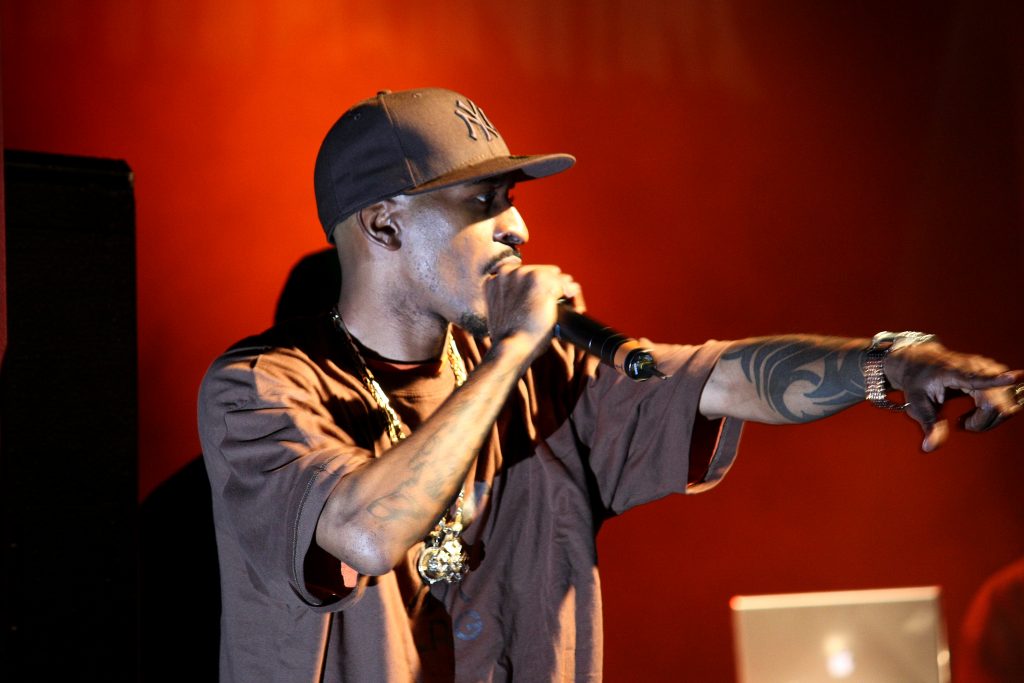 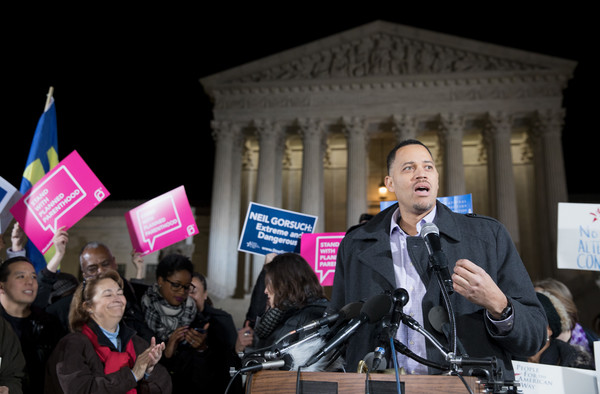