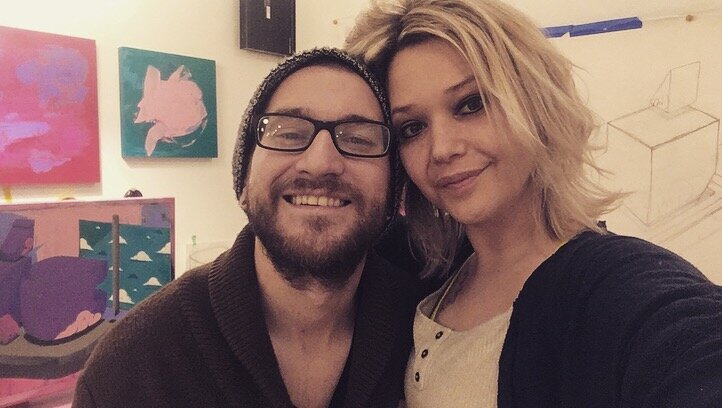 [blnk] haus art gallery and event space in Logan Square is promotes multidisciplinary community artists – from painting to interpretive dance to yoga. Now, in the time of COVID, they are learning how to make the transition online.

Jill Hopkins spoke to co-founders Andrew Rehs and Rachel Lechocki about how that learning curve has been, what they’re doing to continue supporting and promoting local artists, and their 3rd annual Bad Babes of [blnk] art show, which was hosted virtually for the first time ever.

Jill Hopkins: Before we even get into what’s going on at the gallery, how are you?

Andrew Rehs: We’re good! We’re up and down, but I think we’re balancing really well. We got the right amount of skills between the two of us, so it’s been a ride.

Rachel Lechocki: I’ve never been so virtual or online ever in my life! [laughs]

JH: One of the things that I love about living so close by to space is that there’s always something interesting going on and I can always pop my head in. But that’s, you know, not something I’m able to do right now. First of all, tell us about the gallery and the work that you try to highlight there, even when we’re not in pandemic times.

RL: We definitely, normally, function more in the gallery space because the space is so wonderful and about 2000 square feet. We’re able to do so much with it and it’s multifunctional too! There is a little area in the back that’s kind of like a lounge or sometimes it’s a rehearsal space if we have people dancing. And then we have a stage!

Without being able to do that, now, obviously is a little difficult, but normally we’re utilizing platforms all the time. We’re always trying to put something together. The Logan Square Chamber of Commerce has been awesome – they use our space maybe once a month, or bimonthly to have their networking mixer. So yeah, usually there’s something going on, artistic-wise or networking-wise.

AR: Yeah, and it certainly hasn’t stopped in these last couple of weeks either, which has been a lot of fun.

JH: Yeah, talk to me about making that transition, because obviously none of us saw the scope of this…we all had to pivot on a dime to make things work. How did you– where did that conversation go?

AR: Yeah, we had to get really creative with it. And luckily, we have a lot of extremely talented friends and acquaintances that just want to be social right now, that just want to connect. So it’s actually been a really great way for us to catch up with a lot of our friends, or get to know some new artists. But we have had plenty of artists step up who have wanted to take over our Instagram [and] do some virtual tours of their home studios.

We had on Glass Cuisine on Monday – keeping his his face off camera, but still being able to show us a little bit of his home. And then of course, it was 4/20 so he was doing a lot of celebrating with the viewers which was just a lot of fun to be a part of. And today we actually have a good friend of mine, a musician that I met out in Boston [who] moved out to Chicago last year, very talented guy by the name Justice Hill taking over. He did a really great little live “Wake Up For Us” this morning. So it’s been really fun for us because it’s been like event planning, but from home.

RL: Like a lot of people, I’m probably with those baby boomers where I’m learning stuff too. [laughs] I felt like I was pretty good at it until all this happens. We’re lucky some people really stood up and helped!

JH: Talk to me about the Bad Babes show you put on!

RL: Yeah, thanks for asking! It’s our third annual women’s show. There’s all kinds of [female identifying] artists – we don’t want to exclude anyone, but of course it just happens to be a lot of wonderful local female artists.

We had a mix of about 15 female artists and almost all of them made new works. They were magnificent! Some of them were quite large and able to hold walls on their own. And then others submitted– like one woman submitted a beautiful, realistic series of all these leaves that are pretty gorgeous that she’d been hand painting. So it’s a wide variety.

JH: One of the things I do miss is the tactile parts about going out. Even if you’re not allowed to touch the art the three-dimensional part of it is very important. So I’m super glad that you’re able to provide a space for these artists to still show off what they put their hearts and souls into.

AR: It was a really difficult decision. But I think, obviously, this taught us a lot, taking it to a virtual show. All of the galleries around us we just saw adapting…coming up with these 3-D models of their gallery or doing some sort of video tour.

I vividly remember it was like the third week of March and everybody’s kind of waiting on the edge of their seats. All the event spaces were like, “Well…what’s happening?! Is it really two weeks?” Everybody wasn’t really too trusting that it was going to be like that. We were really holding on for some, I don’t know, miracle [laughs] and then we decided to make this a virtual show. But we’ve learned so much, so it’s been a very rewarding experience too.

Check out more from [blnk] haus on their website!

Austin Fillmore On Staying Resilient And Finding The Positive … 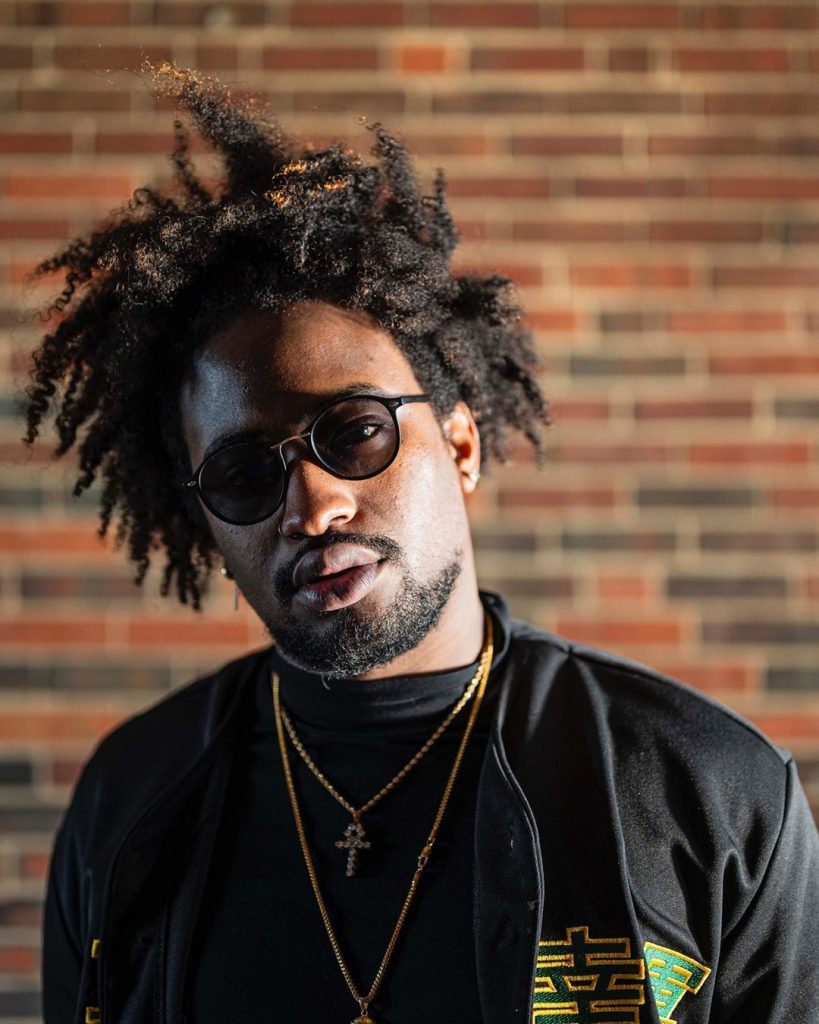