Bibo Is Focusing On Free Expression

As both a painter and musician, Canadian artist Bibo strives to make works free from the confines of external validation. Displaying colorful kaleidoscopic production and myriad styles in his work, Bibo keeps listeners on their toes and surprised at every turn.

Taking notes from his approach to painting, Bibo is determined to leave his music untouched by insecurity, comparison or any semblance of conformity. He wants to write songs and paint canvases for the sake of creating art — not for public approval.

Released at the end of January, his single “RIVER” was added to Vocalo’s “Poised To Break Through” playlist for February 2022. Beautifully subdued with it’s hazy synths and soft vocal melodies, Bibo notes “RIVER” is purposely vague as it addresses the complexities of long-term relationships.

“I wanted the listener to be caught off guard by the lyrics,” Bibo explained in an interview with Vocalo.

We virtually sat down with Bibo to talk about his creative process, the Ontario music scene, being a musician vs. a content creator and letting go of perfectionism.

Give us a rundown of what the music scene in Ontario is like.

The scene in Ontario is pretty diverse from one city to another. There’s obviously the Toronto scene, which is big on hip-hop and R&B, mainly. Then there’s London, [Ontario], which, for the most part, is rock bands and such. Then there’s other places like Kitchener, Cambridge and other random cities that don’t necessarily have an identity but have standout acts. 347aidan was a standout from Cambridge. Dom Vallie is a standout from Kitchener, but him and I sound nothing alike. Ontario has always had people with complicated storylines, so who knows where any of us are pulling from.

We saw some of the visual art you’ve posted on Instagram, including the cover art for your January single “RIVER.” Is your creative process when you approach painting similar to your approach to making music? If so, in what ways are they alike? In what ways do they differ?

I’ve recently shifted my music-making process to be more like my painting style. When I’m painting, it’s more about the release of emotion, concept or feeling. It’s more about actualizing an abstract thought. With music, I found my process being affected by insecurities and a desperate need to go viral on TikTok, so I had to shed that. Now I’m learning to work more from a mindset of servicing the song, not what I want to come out of it.

“RIVER” was also featured on Vocalo’s “Poised to Break Through” playlist for February 2022. Can you give us some insight into this single and your thought process when creating it?

So I had “RIVER” for some time. The feeling was always there, but there was something off. It just didn’t feel right. Then my life changed quite a bit over a short period of time, it birthed the concept of a project titled “POST INTERNET TRAUMA” that actualizes over the next year and half or so. Right now, the only evidence of this project is a playlist on my page on Spotify… and this email. The idea of the project is that it becomes documentative, more content-creator like, [a] constantly-updating narrative, rather than a traditional album, and “RIVER” became the perfect first song!

The idea for this project is expressing things that I’ve learned, experienced or felt. The songs don’t have to be perfect, they don’t have to appeal to an audience. The only criteria is honest expression. I write, record, produce and mix everything myself. Not to say I don’t collaborate with people, but I needed to streamline the creation process — because I’ve never heard of a painter handing a canvas over to another professional for color grading. So the natural progression was to figure out how to mix and master my own songs. I have a big problem with over-analysis and a need to control and perfect every element, and the concept of this project gave me enough room to justify making “imperfect” songs.

Your two 2022 singles — “waht if?” and “RIVER” — are on the shorter side compared to your earlier works. Could you compare the experiences of writing shorter and longer songs? What’s something you like about making smaller, vignette-like tracks? What are some limitations?

Longer songs emphasize the narrative, and the sections are dependent on each other. Shorter songs emphasize the idea, which is why these songs are shorter. I stopped considering development and narrative amongst other things, for the sake of the idea. I was exposed to the short, vignette-like format through XXXTENTACION’s music, and a reviewer once described the style as a letter, because most of his songs have one main verse sandwiched between choruses. That format will always be the perfect way for me to express an idea because the less I focus on the rules of making a song, the more freely the idea can be expressed. In a sense, I personally enjoy not having to stress adding points to the narrative of the song that weren’t naturally there. Artists often force narratives in songs for a filler line in the second verse, or add a corny pre chorus to make the song “flow better”; which to me is unnecessary. If my song only needs one verse, I’m not writing a second one.

Your music incorporates wonderful soundplay and creative production techniques. Were there any producers who inspired you to go so far out-of-the-box, or was it part of your natural exploration?

There are a few producers that have shaped whatever it is that I’m trying to do with my sound for sure! To name a few: Pharrell, Jai Paul, Stromae, Kanye West, but the Michael Jackson/Quincy Jones projects will always be the most inspirational to me. I have a saying now whenever I get stuck on a song — “If all else fails, what would Pharrell do?” — and it has worked every time!

“I can’t create with a subconscious agenda of trying to get more people to like me, it’s not honest, it’s manufactured.”

In your Spotify bio, you emphasize the importance of individualism and exercise an understanding of how not everyone will like your music — “you may not like everything I make, but that’s the point, kinda. You’re supposed to not like some stuff, that’s what makes you an individual.” Is there a story behind how you came to this conclusion? How would you typically handle a negative reaction to your work?

The story behind that Spotify bio is mainly inner conflict. I am someone who has always liked validation, so I constantly think about whether people will get what I’m trying to do. But at the same time, I like testing my boundaries. I think it was part of my natural growth as a person too, but I realized that my style of art is based on personal truth. There are certain things I can edit, but I shouldn’t try to edit my thoughts, and my creations are my thoughts. Too many people live their lives through others and they’re never fulfilled. I will always work on myself & my craft, but I can’t create with a subconscious agenda of trying to get more people to like me, it’s not honest, it’s manufactured.

You make some of your beats free for other content creators and musicians to use. Tell us about your mindset when it comes to sharing your music with others in that way.

Content creators fuel our life and they’re usually the ones that have to go through the most hurdles to put something out, let alone make it good. I have great respect for people that create things, maybe because I know what it takes, but regardless of that, making things for others members of society to enjoy is sick! Plus from a business standpoint, at this stage of my career, I see more value in exposure & creating meaningful connections with artists & creators, than gatekeeping my work behind a fee.

Are there any artists out there you’d most like to collaborate with? Any in the works you could share with us?

Oooh! I would love to work with so many people! I would obviously love to just be in the same room as Pharrell, even if I’m bringing them coffee or something. I would love to work with the Baby Keem, Billie Eilish, Finneas, Tyler the Creator, Snoh Aalegra, The Weeknd and I would love to get sampled by Drake! I wouldn’t say I’d work with anybody because I would be lying, but I would work with most people. Anyone that has a vision for sure! I do have a collaboration with Mac Kay & Mickey May (I only just now realized that their names rhymed, haha!). Anyways, Mac is a producer from Poland. We worked together before on a song called “All Night”. Mickey & I are from the same city, and have worked together a few times now. I had him on a remix called “goddamn.1”, he’s sick! Check out Mickey’s song “Correct!”, it will get you hyped af!

Is there a story behind all the mannequins in your artist photos?

Yaaa, it was literally the weirdest thing. We were shooting the photos in my friend’s house, and like 3 of them just showed up randomly to hang out with him. They were hot, so I asked them to be in the photos to appease the male audience. So far it’s working like a charm.

What sides of your music are you excited to show listeners in the future?

I am honestly just excited to live through my art. “waht if?” is a song about existentialism & personal values. I would’ve never wrote that song if I didn’t open myself up and accept my role as a glorified reporter. I go find some shit out, then tell people, that’s it. I think about a lot of things, and partake in a lot of conversations about a lot of random stuff, and it seems that a lot of people stumble upon these topics. So I think it’s kinda cool that I could expose people to some wonky ideas through songs. Music feels very stagnant right now for the most part, and I’m hoping that maybe in five or 10 years the scene will have more unique perspectives and maybe I will get to be part of it.

For Gakuseii McFly, Being Real Means Being Vulnerable 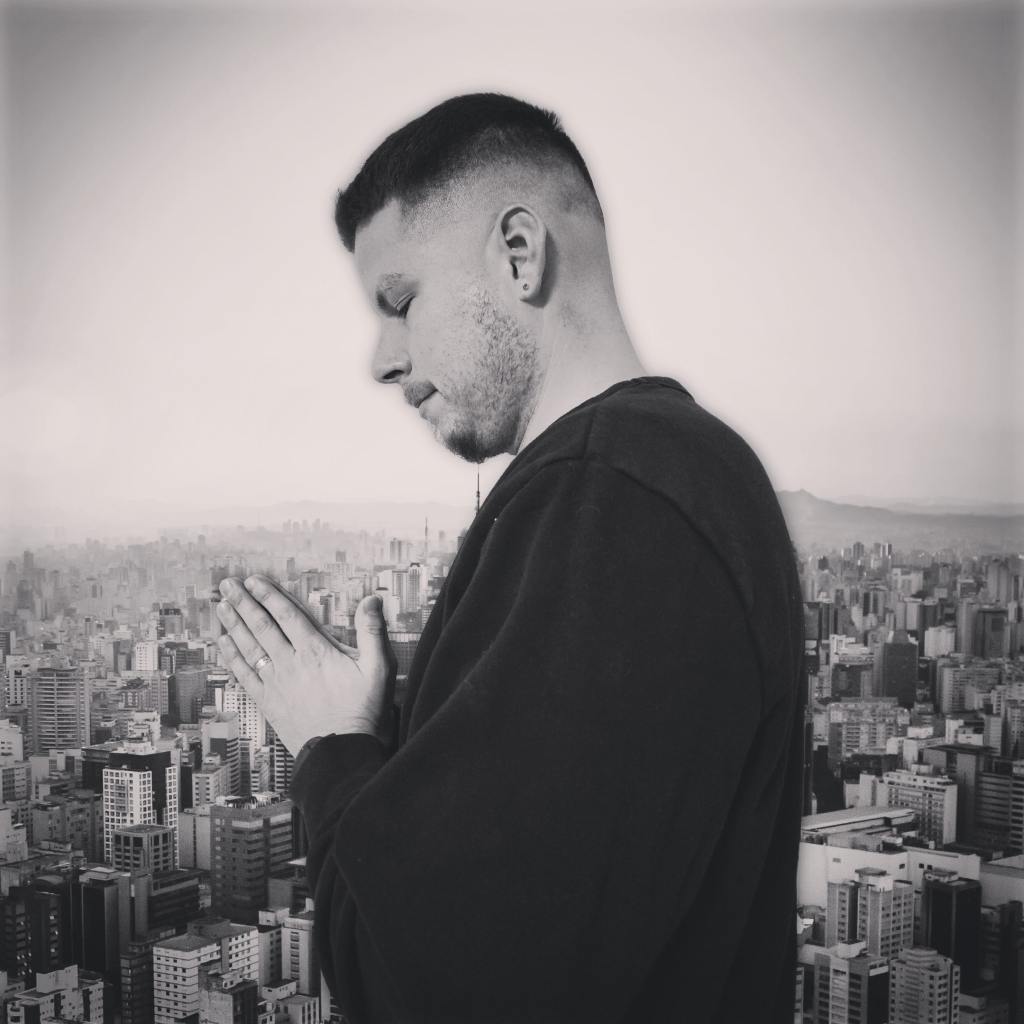 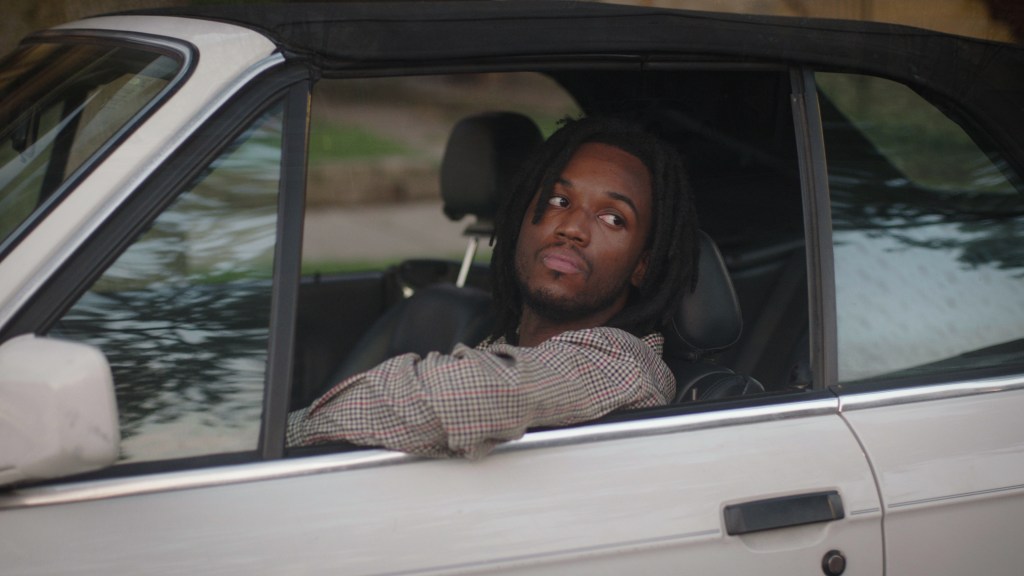