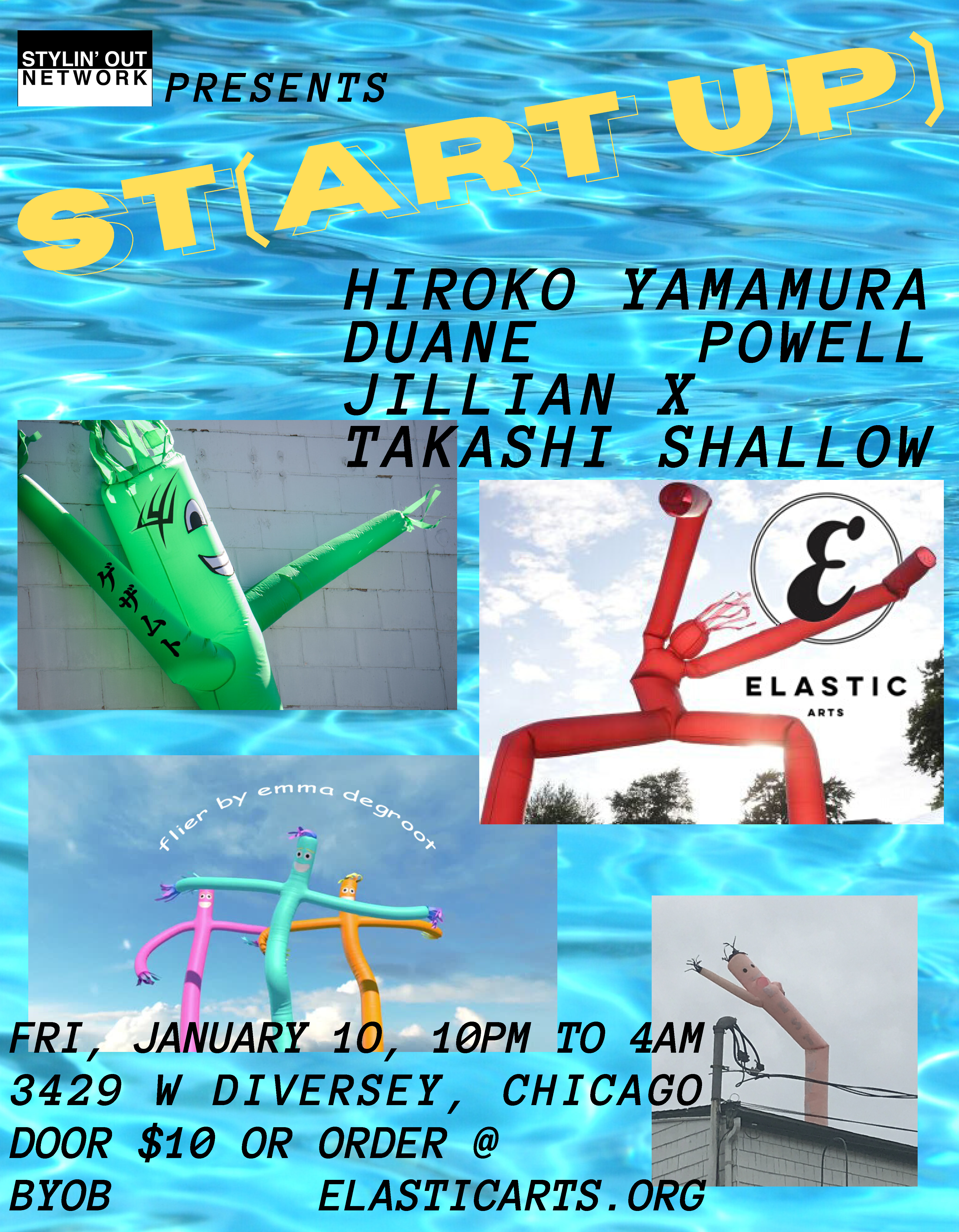 ST(ART UP) is a quarterly series that brings together DJ’s, live performance and visual art to celebrate and support emerging talent in Chicago. Exploring and expanding on the idea of starting up an artistic practice, ST(ART UP) supports emerging artists by providing a safe space for experimentation and collaboration across the realms of visual art and music.

ST(ART UP) seeks to connect emerging artists to a broader network of creative practitioners to support their growth and encourages the exchange of ideas. ST(ART UP) will take shape as an opening party for each exhibition, featuring special performances by the exhibiting artists supported by a roster of local DJ’s.

Alyssa Brubaker is the Visual Arts Curator at Elastic Arts and the founder (along with Wayne Gravy) of Stylin’ Out Network, a collective of DJs and artists based in Chicago. Alyssa is currently is in the midst of a yearlong residency where she will present 4 visual art exhibitions. Alyssa, who DJs as Jillian X, is using this residency to present artists that respond to both visual art and music in their practice.

Takashi Shallow, one of the featured artists, runs a music/art label called Gesamt, which will be the focus of the next exhibition at Elastic, opening on Jan. 10.

We sat down with Hiroko, Duane and Takashi to get a preview of the event and discuss the combination of art, music and technology that makes Elastic Arts so unique … 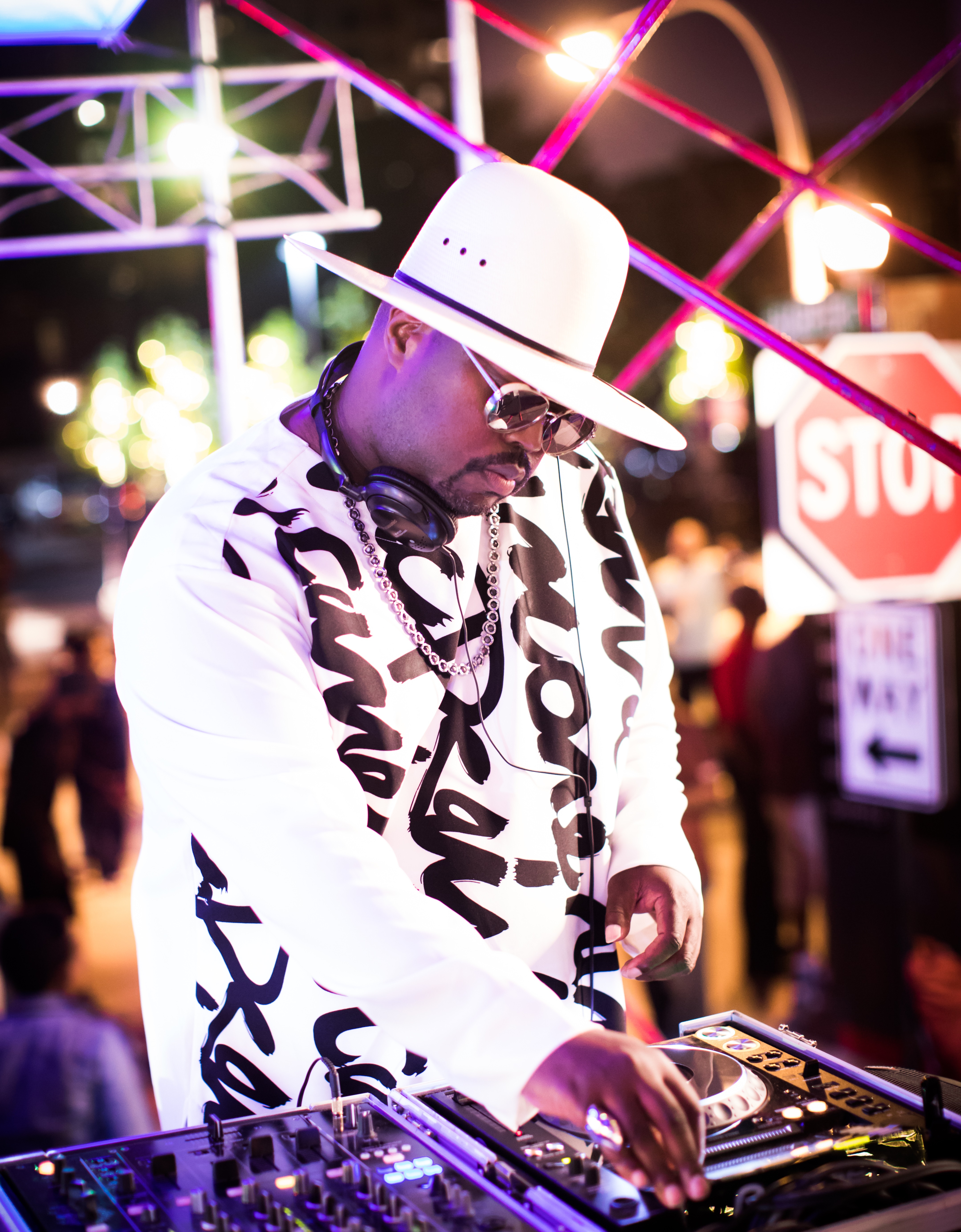 Vocalo: What, if any, is the relationship between visual art and your musical practice? How do these mediums work in tandem for you? Hiroko, I know this one will apply to your work!

Hiroko Yamamura: As a former visual artist and college art teacher, the mediums are just intertwined heavily in my daily life since a young age. Although I try to keep space between them for my own mental origination, the emotions and moments that can be expressed by visual arts in tandem with the sonic arts are increased exponentially! Also, cool looking shit and cool sounding shit should go arm and arm.

Duane Powell: Because I’m mostly a DJ, I’ve not always had a way to incorporate visual art into my performance outside of screen imaging. Fashion, for me, is also a form of visual art so I always try to incorporate that. It’s actually how I first noticed Takashi. His style was so artful, I knew had to be some sort of artist lol.

Takashi Shallow: A book called Kunst Im Klub that features the art collection housed in Berghain has been a huge inspiration for me. It’s the only time I’ve seen international high art and dance music treated with equal seriousness. I try to present my own, often collaborative, work in a similar way in which visual art and electronic music projects merge or inform one another. Through curator Alyssa Brubaker and the venue Elastic Arts, I’ll have the opportunity to present some of these ideas in physical space rather than online in digital space where my projects in this style have lived since I began working on them in 2018. 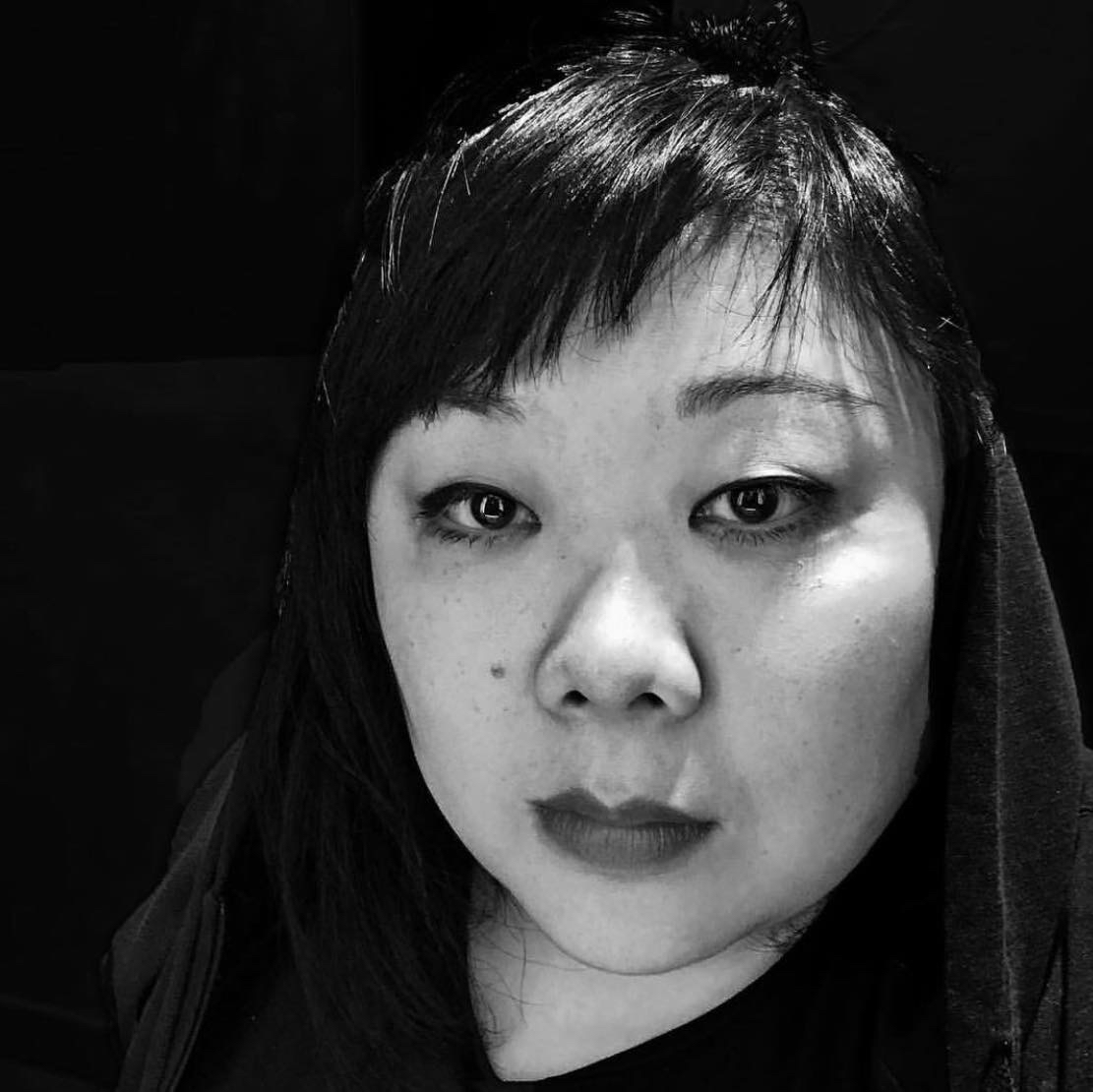 Talk about Elastic Arts as an event space, what unique perspective does this venue bring to dance music in the city?

HY: I’ve not had the pleasure to visit the space yet, but I’m super excited to check it out! I’ve only heard positive things.

DP: I’ve had the pleasure of working with Sam, Adam and the good folks at Elastic Arts on several occasions for artful events of various mediums. Visual art exhibit openings, live band performances, documentary screenings to big house music parties with some of the biggest DJs on the global scene. This space allows for all of that to happen. It was designed for it.

TS: I’m really glad to be working with Elastic because it embraces the exact type of multidisciplinary and interdisciplinary work that interests me. Alyssa is the current curatorial fellow at Elastic. By creating this fellowship, Elastic Arts officially presents itself as something greater than a music venue that happens to have art on the walls. Many places have art on the walls, but that art often becomes subordinate to the venue’s “main” function. Similarly, we often relegate DJs who play at gallery openings to the status of accompaniment for the gallery or artist whose patrons the DJ is to entertain. I want to both recognize and overcome such hierarchies. 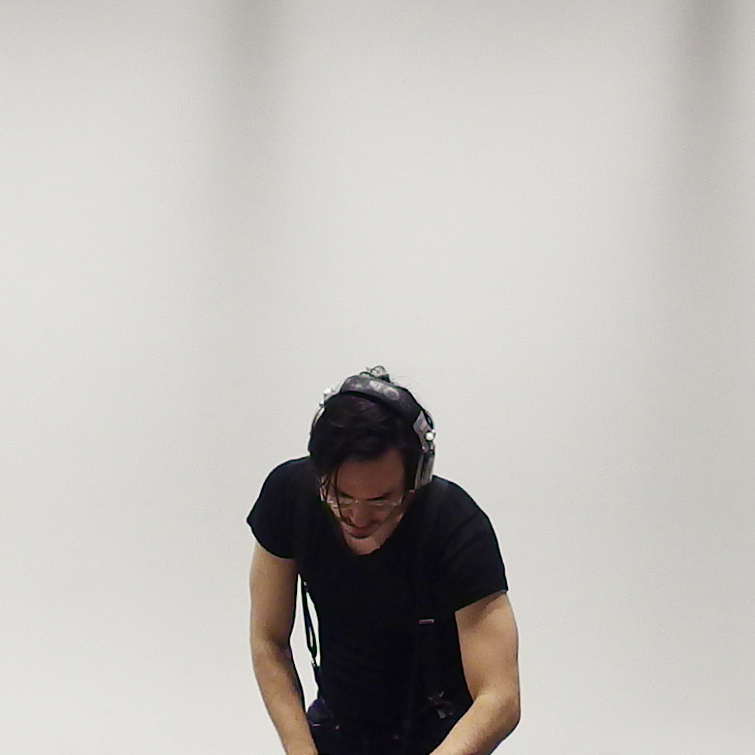 Talk briefly about your connection to Takashi Shallow and his work with Gesamt … What relationship do you have with his work that you will bring to the show on Jan. 10? Takashi, you can just explain the vision of Gesamt and your work for this question!

HY: Takashi and I haven’t had the pleasure of meeting yet, but I’m hoping to approach this as I would any dj set, and absorb as much of the energy of the art, space, and people into the music being played, this time hopefully feeding back anything direct back to takashi for maximum vibes. If all else fails, I will make faces at them.

DP: Again I first noticed Takashi through his style and we bonded on several levels. Discovering him musically, I knew we were bound to collaborate one day as both of style draw influence from so many of the same places. I plan on exploring those influences during this event.

TS: Both Hiroko and Duane are major Chicago icons that I can’t believe I’ll get to DJ with at Gesamt’s opening. While I’ve interacted with them from the perspective of a booking agent, I haven’t had a chance to tell them about my overarching project yet. They are both very busy touring locally, nationally, and sometimes internationally on a weekly basis. However, their status as prominent DJs certainly affects the art I plan to show whether it does so consciously or subconsciously. My hope is for visual art and electronic music to sustain one another. 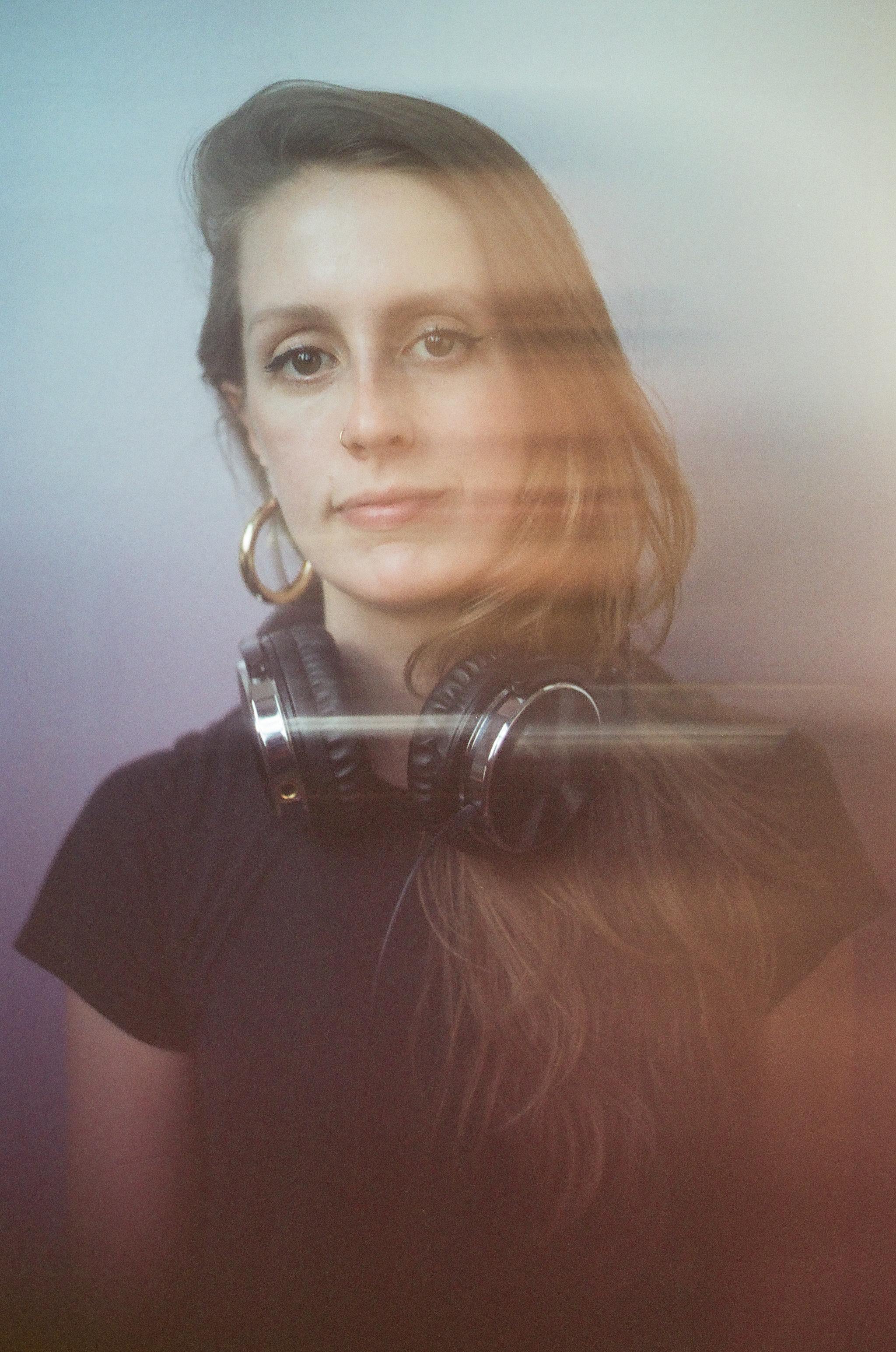 How do you see the mediums of music and visual art changing in the 2020s? Will they become closer or grow further apart?

HY: I think the with digital distribution models, the need to multimedia in most experiences and content is needed. There should always be a choice on how to consume content, but as the amount of it expands and continues to generate at higher speeds, special content will need to do things to stand out and be recognized. I will also watch more anime in 2020.

DP: With the city dedicated more funding to the arts as well as dedicating 2020 to be the year of Chicago music, I believe we’ll see greater bonds between mediums as well as more public interest. Definitely will be growth and I’m excited.

TS: It’s interesting to me how different social media platforms affect disciplines. For example, on Bandcamp, where I post most of Gesamt’s work, it’s almost impossible to present visual art as something aside from mere album art. Overall, I love Bandcamp, but it is certainly music-centric. All popular digital platforms represent a single medium–Twitter for words, Instagram for images, and so on. There’s good reason for this from a UX standpoint, but there are certain art forms that lend themselves to each and some art forms that lend themselves to none. I don’t have that much faith in social media solving these problems during the upcoming decade, which is why I appreciate my opportunity to work in person so much, because physical space is more modular. While we call Elastic an “art venue,” the space it possesses is really just a room we can do whatever we want in, whether that be a rave or an opening.

Photos Courtesy of the Artists

An Early 2020 Preview: 5 Upcoming Albums We Can’t Wait To Hear 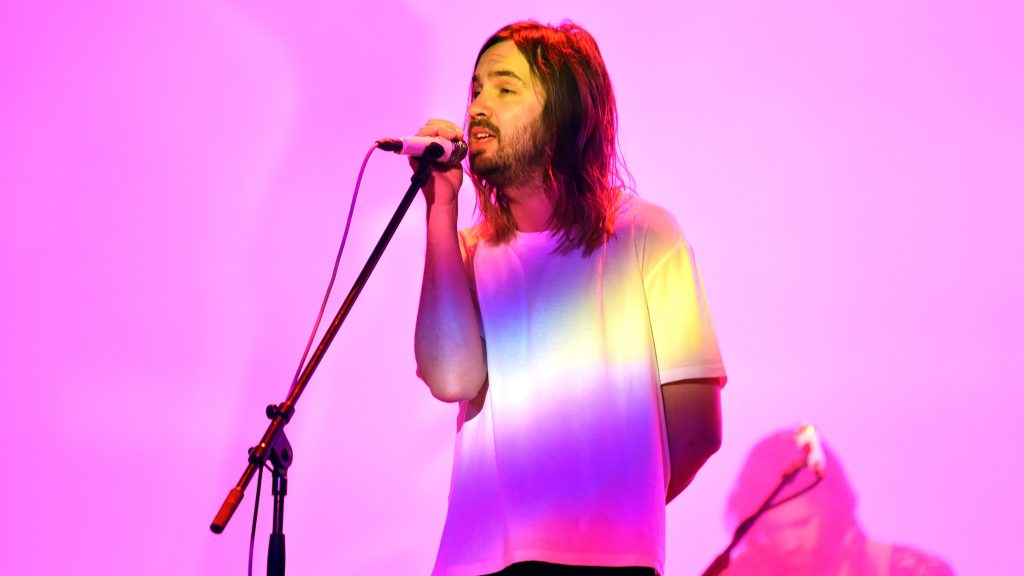