Artmaking in a Dream: The Legacy of Chicago Artist Joseph E. Yoakum

After a purportedly adventuresome life that took him across the world as a member of a circus, [Yoakum] cultivated a unique practice after being called to artmaking through a dream.

Digging through an atlas and visiting a circus museum in Wisconsin generally aren’t a part of preparing a show at the Art Institute of Chicago. But both were necessary ahead of “Joseph E. Yoakum: What I Saw,” an exhibit that runs through Oct. 18.

Yoakum, a self-taught Black artist who died in 1972, left behind a trove of drawings and sketch books crafted during the final decade of his life while residing in a storefront apartment in the Avalon Park neighborhood on Chicago’s South Side.

He doesn’t exactly slot into the grand arc of American artmaking or even the codified world of outsider art. His potentially inflated and filigreed biography, which includes a claim of Navajo descent and an undetermined date of birth, only makes his singular vernacular vision that much more intriguing to consider.

“There needed to be variety,” said AIC curator Mark Pascale about the show, which pulls from the private collections of Chicago Imagists Roger Brown, Gladys Nilsson, Jim Nutt and Christina Ramberg, among others. “[Yoakum’s] work is very consistent, but he worked in different media and in different periods. And so, I wanted there to be the full range of his work, from the very earliest things that have dates on them — the earliest one we have is dated 1962 — to the very latest ones, which are his workbooks that were made in 1972. People can see the trajectory of this artist who had a development, like any artist does. But once he found that element, he kind of stuck with it.”

The World War I veteran, who lived on a pension after a purportedly adventuresome life that took him across the world as a member of a circus, cultivated a unique practice after being called to artmaking through a dream. That premise sets him in a long line of visionaries, like Georgia’s Howard Finster, though the results are unquestionably his own.

While Pascale doesn’t necessarily buy into his origin story, the myth — or at least recounting the tale — prodded Yoakum’s prodigious work.

“Some people write their dreams down and they don’t do anything creative with it,” Pascale said. “But it does somehow instigate action in their lives. Yoakum said he drew by a process called ‘spiritual enfoldment’; the way he defined that was, he’d make the drawing, and he would [be reminded] of where that thing was and label it. All the landscape drawings, even the portraits, have very specific inscriptions about who they depict and what they depict.”

Whether the artist actually visited all those places is almost impossible to know. But his landscapes eventually caught the eye of Chicago State University anthropologist John Hobgood, who was picking up his laundry at the dry cleaners next to the artist’s home. It set off a chain of events that would begin with a coffee-shop show in the basement of a local church and slowly expand to a north side commercial gallery in 1968, then Penn State University, a gallery in California and the Whitney Museum.

It was during those first shows, though, that the Imagists (Pascale doesn’t use that term) and revered art historian Whitney Halstead became enamoured of Yoakum’s work.

“I talked to [Chicago artist] Jim Nutt a lot about this,” Pascale recalled, while discussing the city’s creative landscape from decades back. “When they saw Yoakum’s work, this kind of stunning unique vision, all encompassing and very consistent, I think they were all shocked, because this is what they were trying to do themselves. They were trying to find an image that was uniquely theirs that came from an interior space.”

Despite living on the South Side, Yoakum apparently didn’t connect with AfriCOBRA or other Black-centric arts movements that were ascendant at the time. Instead, his landscapes might have served as an escape from the modern world or functioned as a recollections of his earlier journeys.

On Aug. 6, local artist and curator Faheem Majeed along with Portland Art Museum Curator of Native American Art Kathleen Ash-Milby are set to host a virtual conversation about Yoakum and his legacy. Each contributed essays to a book accompanying the exhibition.

Majeed recently contextualized the late artist: “I had to think about the times and think about who he was. This was toward the end of his life. … Just because [something] was happening at the time doesn’t mean he was a part of a movement. He was a man of a different generation. He was a man no different than anyone else in that he probably had issues with the younger generation; this notion of Blackness was a young man’s idea.”

If Yoakum was disinclined to connect with a younger generation advocating for civil rights, his claims of Native ancestry also work to provide context for his working life.

“The question that begs is, why? Why did he feel like he needed to embellish his biography?” Ash-Milby wondered recently. “I think that at the time, saying that you were Native American was adding a bit of mystery and intrigue to your biography. Like a lot of Americans at the time, and even currently, he bought into a romanticized idea of Native American heritage and culture.”

While Yoakum’s work “eschewed any other movement,” according to Pascale, and didn’t resemble art of the Navajo Nation, his brand of insular worldmaking and dogged self-assurance is perhaps what ingratiated him to a generation of Chicago artists. And it’s part of what now makes his landscapes sing with brilliance and ethereal beauty. 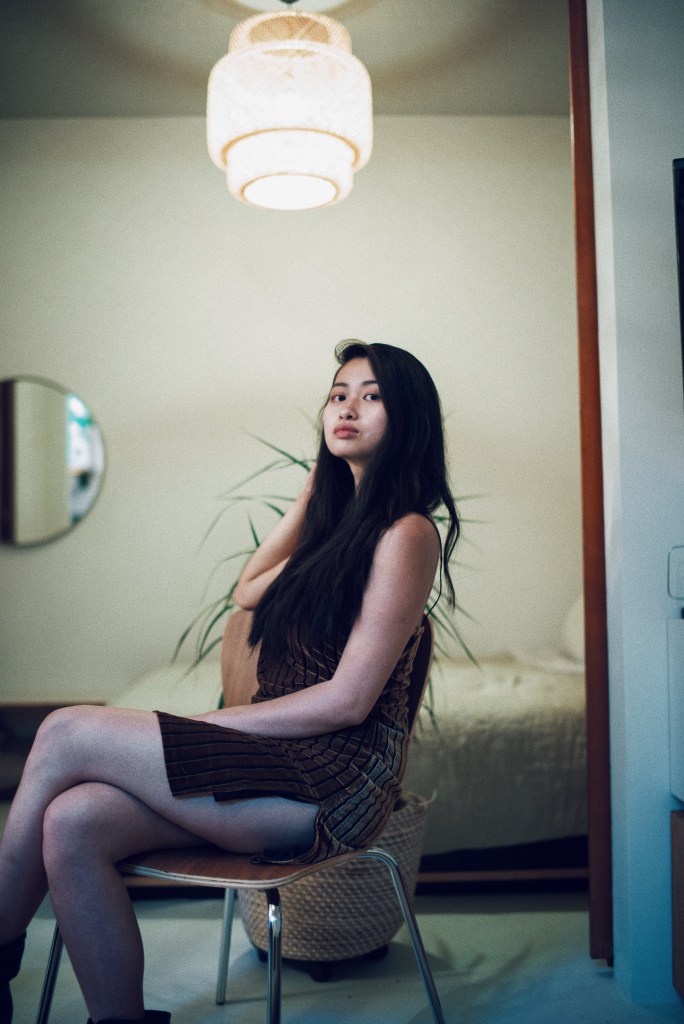 Louie Kason Wants To Change The World With His Music 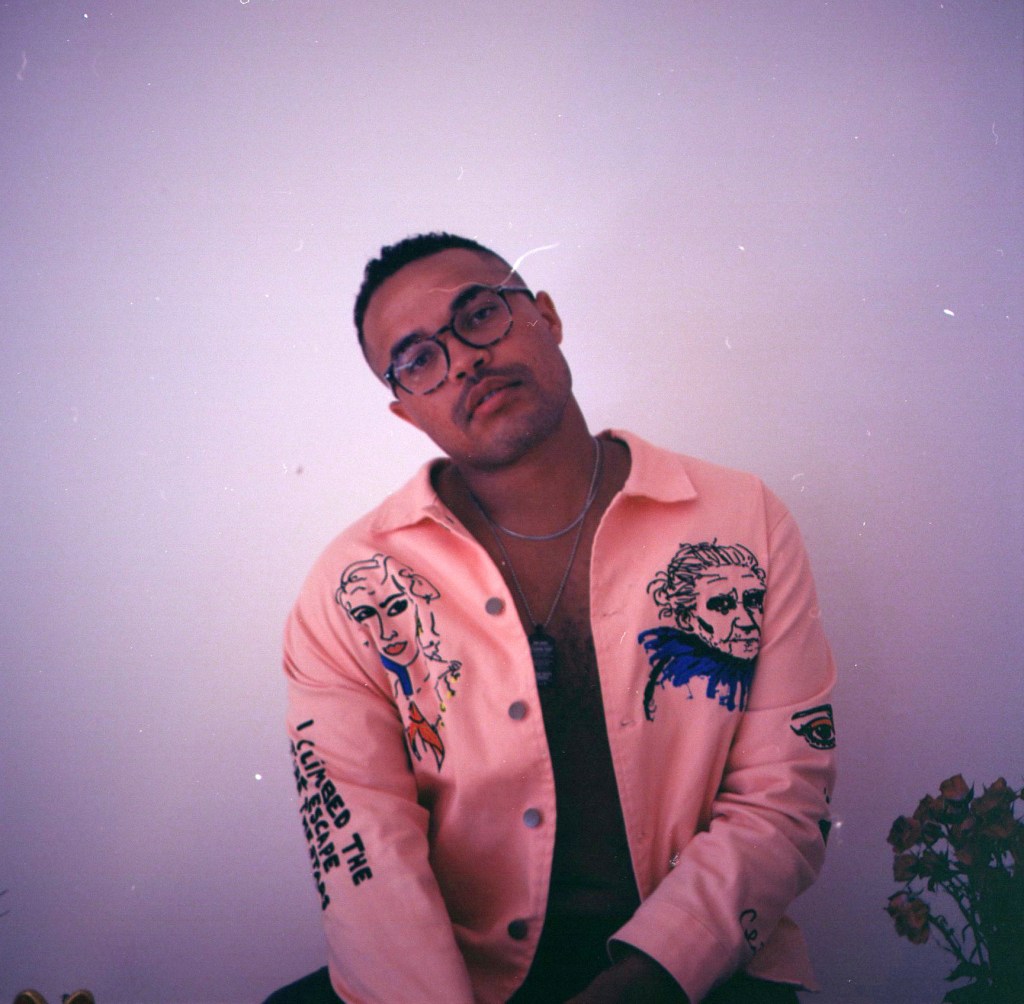