Herban Produce is more than just an urban farm – it creates jobs, provides resources, supports the community and signifies a step forward in the movement to end food insecurity.

Could you describe your work in a few words?

I’m a scientist, adjunct professor at the city colleges and co-owner of Herban Produce, an urban farm located in the Garfield Park neighborhood of Chicago. So, my training is in molecular biology. I’m a nerd at heart.

Where are you from? If you’re from Chicago, which neighborhood?

I was born in Chicago, but I grew up in Richton Park, a small town in the south suburbs. When my family moved there, I was young – in kindergarten. And so I remember it being very rural at the time, because there wasn’t much development. And I was really one of few black kids that lived on my block and went to my school. By the time I graduated high school, Richton Park was predominantly African American with a whole bunch of black families. And yeah, it kind of diminished a bit, you know, over time, with white flight, of course, economic opportunities have really diminished over time. But it’s still a pleasant little town. It’s just in need of a lot of development.

What drew you to the city?

When I got married, my husband and I decided that we wanted to be city dwellers, because we both grew up in the south suburbs. And so we’re like, “No, what does it feel like to hear sirens and actual city noises?” But then we actually began to dive a little deeper in that concept of what it meant to move back to the city and how our family could impact other families in the neighborhood. And so we decided to move back to the West Side, which is where I’m originally from, and just be very active in the community. And that’s what we’ve done since we’ve moved back to the West Side. East Garfield Park, to be more specific.

We’ve learned that it’s such a close-knit family. I know all of my neighbors, we look out for each other. So it’s been refreshing to come back to the city and know that people are really invested in the neighborhood.

What are the challenges and the triumphs you associate with Chicago?

So my grandparents moved to Chicago during the Great Migration. They left sharecropping and farming to come to the big city for industrial jobs. At the time, you know, the city was booming with opportunity for Blacks to make better wages at mills and factories. My grandparents ended up landing a job at the Brach’s Candy Factory in the Austin neighborhood. And my family often talks about how vibrant the neighborhood was at the time. But when industrial jobs left, the neighborhood diminished, and families who depended on those industrial jobs relocated. And when they moved out, they left their homes, businesses crumbled, leaving the neighborhoods blighted. As you drive through certain neighborhoods, you imagine what they look like at their prime and you ask yourself, “How does a neighborhood decline? Where did things go wrong?” And I think that has created a great challenge for Chicago. But I also see it as great potential for change.

How did you start Herban Produce?

So Herban was just born out of the herbs. So H-E-R-B-A-N, herb, and, of course ending “-an,” and just kind of morphing those two words together to make something cool. And it’s a conversation starter. So every time I say, “It’s Herban Produce, but it’s spelled H-E-R-B-A-N.” And they’re like, “Oh, wow, that’s so cool.”

Herban Produce is the brainchild of Barry Howard and me. Barry is the founder. So he found this land. It was vacant, it has been vacant for over 50 years. Ever since the Chicago riots, there was no development on it in over 50 years. His idea was, “vacant land, idle hands in the neighborhood.” So how can we produce something to basically give opportunity for people that live in the neighborhood? And so that’s kind of where it started, a hydroponic greenhouse and an outdoor plot that was the size of a city lot. And now it is nearly two acres in size, and growing. So it has really morphed into something bigger than he or I ever imagined.

When 2020 hit, it was like Doomsday. I was harvesting in the greenhouse and all of a sudden, I just started getting call after call after call from chefs, they were canceling orders indefinitely. Because at the time, we sold to wholesale markets exclusively. 2020 really forced us to think about everything that we’ve talked about in the past, and how it was relevant to now. And so we quickly pivoted our business model so that we could not only sell to wholesale but we can also sell to the public. And so that’s how our work has really changed.

Using agriculture as activism by helping to make it more just and sustainable. That’s really been something that I’ve really focused on. It’s more important now than ever. When you look at our neighborhoods … healthy food options just aren’t available. That has really played a role in our overall health, even with repercussions from the Coronavirus. It’s this big system that works together but, as a person, I just try to chip at it, little by little, piece by piece. 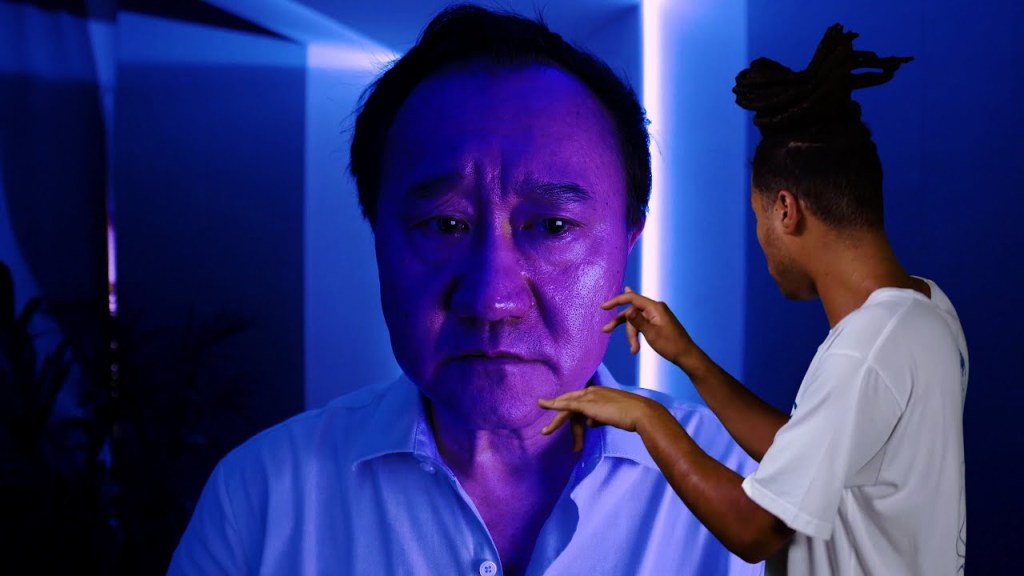