48 Under’s “Marigold” Is Ready To Bloom

Pictured Above: 48 Under, photo courtesy of the band.

Made up of six members from Elmhurst, Riverside, Oswego and Naperville — guitarist and songwriter TJ Ptak, drummer Mason Lampa, bassist Julian Wrobel, keyboardist Jimmy Sacharski, guitarist Ian Fowler and lead singer Chandra Gangavarapu — 48 Under is a group of college students, scattered across the country at different universities. In October 2021, they released their debut album The Village.

Touted by the group as “the greatest album to ever come out of a particular Elmhurst, Illinois bedroom,” The Village features classic R&B progressions and rhythms given new life by sharp jazz guitar licks and soothing vocals.

The album’s most popular single, “Marigold,” won the group second place in the John Lennon Songwriting Contest and was featured on Vocalo’s March “In Rotation” playlist. One listen to this track confirms why; the song lures you in with smooth steady drums and singer Chandra Gangavarapu’s confident vocals. Suddenly, the band mixes in dizzying jazz hiccups like a musical trust fall, satisfyingly landing back on the groove after throwing you off of it.

While the group is spread out across the US, they are eager to get back together to continue improving and put out more quality songs for listeners. We heard from band members TJ Ptak, Chandra Gangavarapu and Ian Fowler about the group’s formation, their college journeys and plans for moving forward as a band.

Are there any musical artists that you guys initially bonded over as a group?

TJ Ptak: When I initially put together this group, I connected with everybody over a different type of music. I wanted to create a sound that combined all the genres I loved. I grew up with Mason [Lampa] and we always connected over our love of jazz, listening to Tower of Power or Wes Montgomery in his basement. Ian [Fowler] and I lived together at a boarding school and connected over rock bands like Queens of the Stone Age, Pink Floyd, and Muse. Chandra [Gangavarapu] and I also went to school together and shared a love for R&B and indie, listening to bands like H.E.R. and Hiatus Kaiyote. At the end of the day, we had a really nice mixture of flavors as a group.

You’re all recent high school graduates. Are any of you studying music in college? If so, what do you most hope to gain from pursuing a higher education in music?

TP: I’m planning on studying music along with a second major when I go to college in the fall. In
college I hope to gain the theory I need to write more complicated pieces and more experience
performing with others.

Chandra Gangavarapu: I’m studying applied math with a minor in music at Columbia University. I’ve learned Indian Classical music from a very young age, so I hope to explore theory and performance from a Western lens and form a more holistic understanding of music. I’m also really excited to be a part of Columbia and New York’s music community! There is so much to be inspired by, and I hope that studying music academically will make me a better artist from all aspects.

How has moving apart from one another affected you as a band? How have you had to change the way you write songs because of it?

TP: It’s been hard to continue promoting our band when we have no way of performing outside
of the summers. It’s also difficult to stay connected, but so far this year, I’ve been able to visit
everybody in the band. As far as writing goes, since we can’t shed the songs over the school
year, I’ve ended up writing all the charts for the record on my own and just bringing them all to
the band over the summer to learn and workshop.

Congrats on getting second place in the John Lennon Songwriting Contest! How does it feel to have this acclaim for your first release?

TP: Freaking amazing! It makes me feel like the hours I’ve put into practicing songwriting are
paying off. It also gives me hope that once more people listen, we’ll start to grow.

What was the making of your album The Village like? Did you go to a studio or record it yourselves?

TP: It was really cool to share a moment I’ve been thinking about for a long time with some of
my closest friends. We recorded the album at the Elmhurst University studio with Joshua
Baty-Barr. The tracking took about two days and then Josh mixed it over about 2 weeks. He was
a great engineer

Tell us about your single “Marigold.” Does the song have just one meaning or does it mean different things to each member?

TP: The song is about coming to terms with who you are at a certain moment and being proud of
that. It’s about understanding where you’ve come from and not needing to change yourself for
anyone else.

CG: I would also say it has the same meaning as what TJ said, but I feel that over time,
the song started to mean a lot more to me. I hear my friends humming the melody all the time,
and my roommate gifted me a pair of earrings with marigolds engraved on them for my birthday.
Starting my freshman year brought upon a lot of change, but I am so grateful for the supportive
and loving community that I have around me, and Marigold has grown to signify that newfound
love.

Ian Fowler: I’d say my interpretation should be as good as anyone’s — they’re not my words. That said, it
sounds to me like a song about loving one’s self. As an instrumentalist, the important part of that
to capture was boldness. It’s not supposed to be warm and comforting in a passive way- but in
an aggressive way- translating to an energetic lead part to end the piece.

We love the visual style of The Village’s album art. Who was the artist? Did you work with them to create the piece? It seems to tie directly into your single “Marigold”; what’s the intended meaning behind the art, if there is one?

TP: The Photo in the background is of my high school dorm 1507 at the Illinois Math and
Science Academy. Chandra, Ian, and I met there so I wanted something to reference where we
came from.

CG: Carina Sun, a freshman at Columbia University, was the artist for the album cover. I
knew what I wanted the color scheme, components, and layout to be, and Carina did a fantastic
job of giving life to my vision. “Marigold” naturally has a strong visual component to it, and the
color orange seemed to encapsulate the warm and energetic tones of the record. “1507” in the
background represents where we came from, but the field of marigolds signifies where we stand
now.

With you guys scattered across different parts of the country, what’s your plan for
moving forward as a band?

TP: We’re going to keep making music over the summers and progressing as musicians.

Do you have any upcoming performances or anything in the works you’d like to let listeners know about?

TP: We have another album in the works that will be coming out this summer so stay tuned for
that. We’re also going to be playing shows in Chicagoland and posting content on our social
media accounts.

Poised To Break Through: April 2022 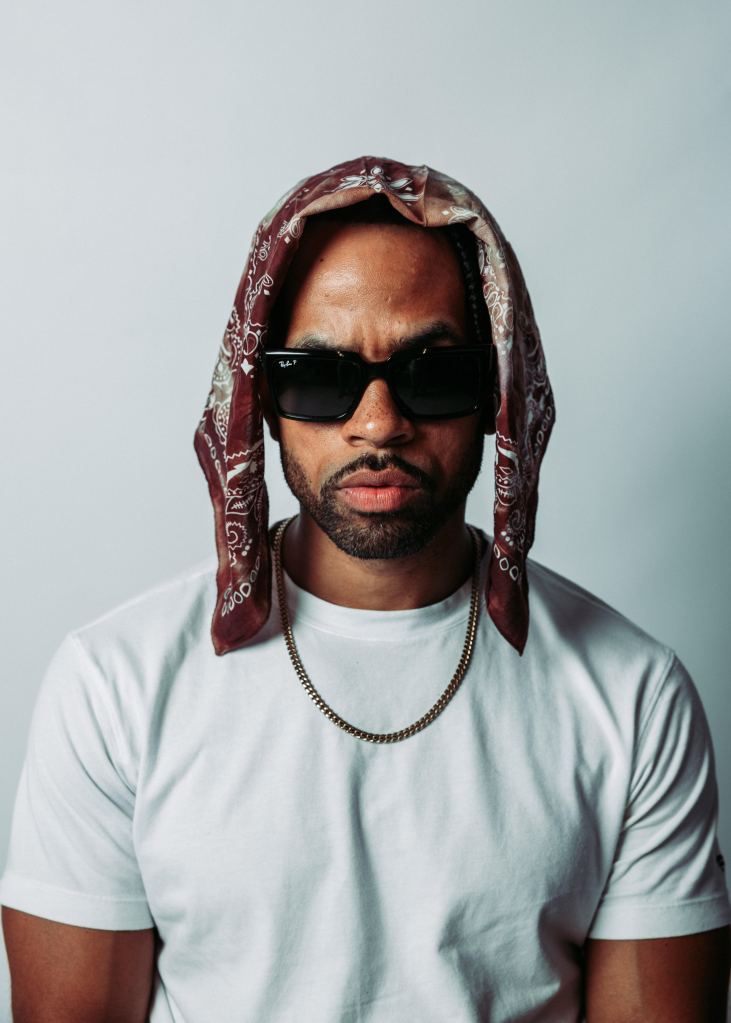 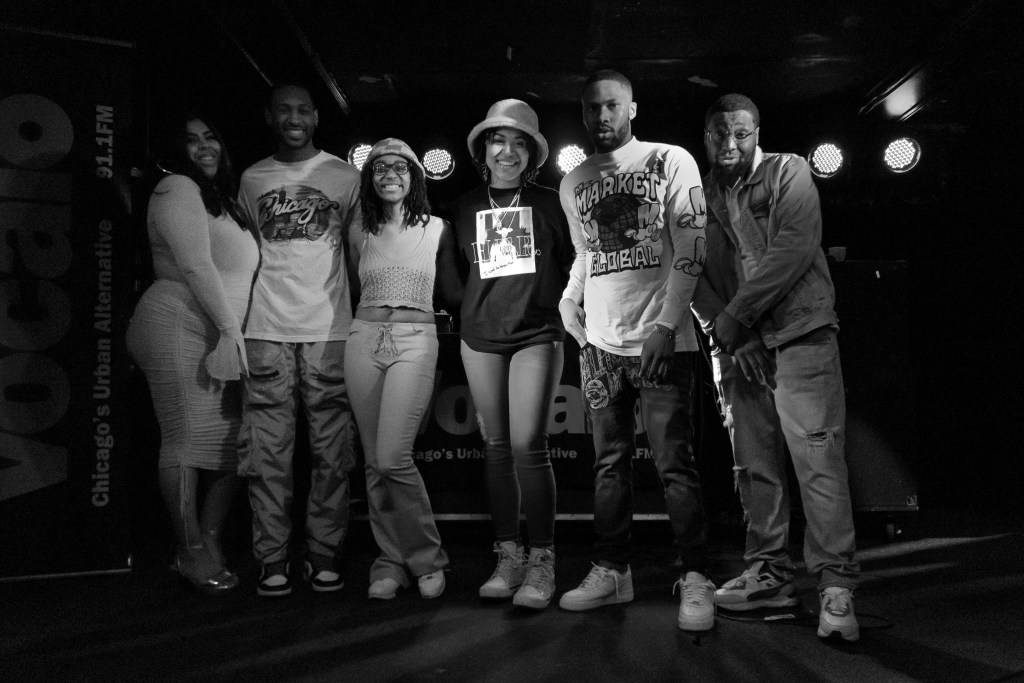